If you are a Japanese-games addicted, you already know for sure how important the “Shin Megami Tensei” series is in the JRPG landscape. This saga has been running strong in Japan for quite some time, but not all of its episodes ever made it outside Japanese boundaries for a number of reasons. 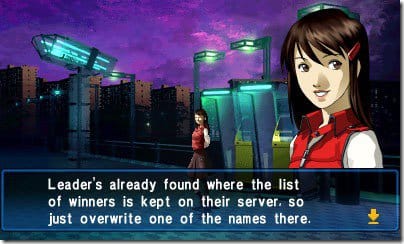 Personally, I always loved this saga, but I refrained from playing it due to obvious “language barriers”. 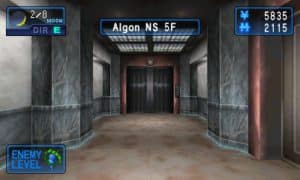 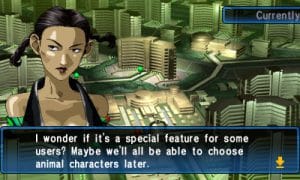 Last September Shin Megami Tensei: Devil Summoner – Soul Hackers (originally released in Japan on the Sega Saturn in 1997 and then on the PSone two years later) was published in English for the first time on the Nintendo 3DS. 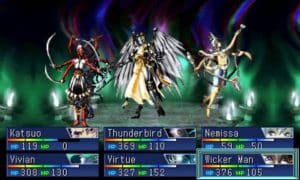 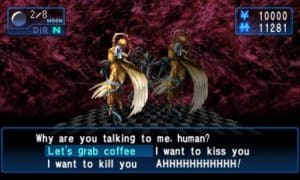 Now, before some of you goes berserk on me, here is THE DEAL: I’ll sacrifice myself playing on a non-Sony platform in order to give YOU another article on ATLUS contents. 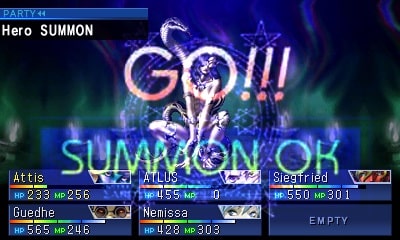 I’m sure you won’t regret it.

Just be advised that it will take some time. This game is huge …… 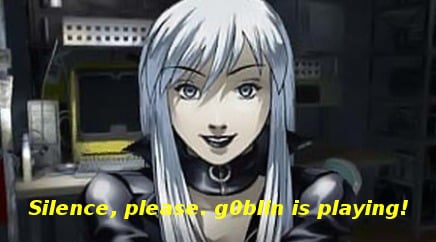 In case you don’t know what I’m talking about: Soul Hackers delivers a first-person, dungeon-crawling RPG experience set in a future where technology and otherworldly forces meet in a macabre fusion of cyberpunk futurism and gothic horror. A first-person sci-fi RPG epic, Soul Hackers tells of a city held up as a beacon of humanity’s triumph of technology, but with an infernal secret. In this would-be utopia, a group of hackers takes on a centuries-old mystic society, and a battle for control over humanity’s fate is about to begin. [www.gamefaqs.com]

PS: I tried to take screenshots from the hand-held device, which doesn’t seem to support this feature. Images were then taken from the internet.