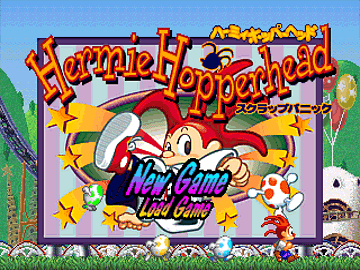 Hermie Hopperhead was one of Sony’s PlayStation (1) Launch titles in 1995, a 2D platformer in the style of Superfrog, Brian The Lion, Mario Brothers and so on, the game is developed by believe it or not Yuke’s, yes the guys behind all those wrestling games and so on.

Hermie Hopperhead was and still is quite rare although eBay has had a few auctions of mint copies and reasonably good prices but by the looks of things those are just some of the very few copies around so I’d snag one if i was you.

A messy typical Asian box art, might be one of the reasons the game flopped?

I like the box art today but back in 1995 i would have hated it for sure and i would have walked past it and bought Jumping Jack instead (i bought that game and i hated it…). 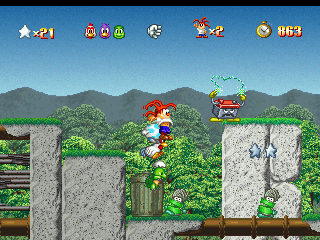 Screenshot of early in the game, moving and jumping is fluid, scrolling and visual effects are 60 fps and the music is absolutely fantastic, never heard such odd and strange music in a game before but it’s like mixed jazz with pop.

See those things that follow Hermie there? I’ll explain soon. 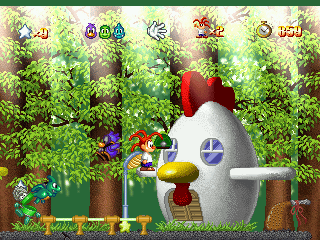 Anyways this game is extremely hard and most likely one of the reasons the game never caught on and what many didn’t realize was the concept of the game and the whole deal with those creatures following you which you have to breed from the day you hatch their egg. 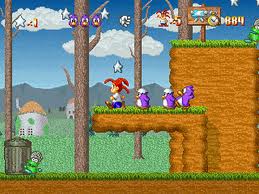 Hermie Hopperhead has an under the title and that is Scrap Panic, think Mario and pipelines well think Hermie and Trashcans as he fell into one and that’s why there’s a game now (a parallel universe or something like that). 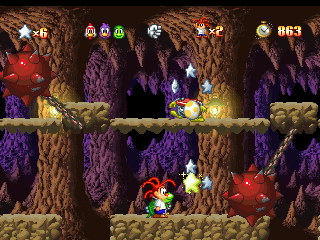 Some if not many of the levels look great even today but pictures don’t do this game the justice it deserves really. The game came for the wrong console at the wrong time as Sony had decided to put hate at 2D platformers around that time most likely down to the fact that 90% of the games released on other formats from 1993 to 1995 was 2D platformers or doom clones. 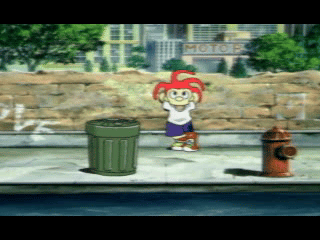 A ginger-haired boy standing in front of a trashcan, suddenly animals jumps out of it and he falls into it and enters an alternate dimension… now that’s a story only Japs can come up with IMO.

Good intro and cutscenes in the game tho and ahead of its time at that time (on par with RoadRash IMO). 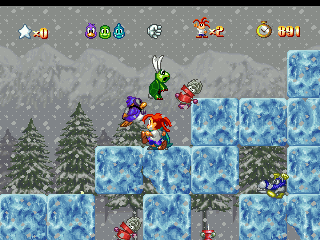 Over to the animals you hatch, they’re your allies and helpers, you feed them with stars that you pick up throughout the game and they get bigger and stronger and get various abilities although for the first few hours the only ability you can give them is to send them into bottomless pits or whatever as the AI is kinda (If not stupid) dumb at most of the time.

Once you master these creatures then that’s where the fun starts!.

The game has some 3D levels in it but nothing special more like those sonic 3d levels in the 2d games back in the day.

Hermie Hopperhead was only released in Asia and that is quite sad as i am 100% certain that this game would have sold much better in the west as there were no 2d games to chose from on the PS1 at first (until the wonderful Lomax came), Sony was quite undecided if they wanted to have 2d games on the ps1 or not but thankfully we got some of the best 2d games ever made on it, games like Monkey Magic, Lomax, Disney’s Hercules and so on.