Almost a year ago we published a close insight on this game by Stefan Vogt and Pond Software. Back then the choice was made to “only” review the unboxing of the physical edition, since the game is a text-adventure and, as such, is kind of difficult to visually explain. Said physical edition was just way too good to go unnoticed since it basically contains formats and media for anything in the late 80s/early 90s: tapes (yes, TAPES), 5″25 floppies, 3″5 floppies, and even a Micro SD card, just in case you were out of physical systems to try the game on and you were in need of using an emulator.

As Tony wrote back then, it is sure difficult to write about a text adventure, but I recently finished this game and I simply had to report back. Actually, in the last couple of years, I did write about text-adventures, namely Zork and Leather Goddesses of Phobos, but it is actually the first time that I review a C64 one (meaning, I played it on a real C64, but that was just my personal choice). 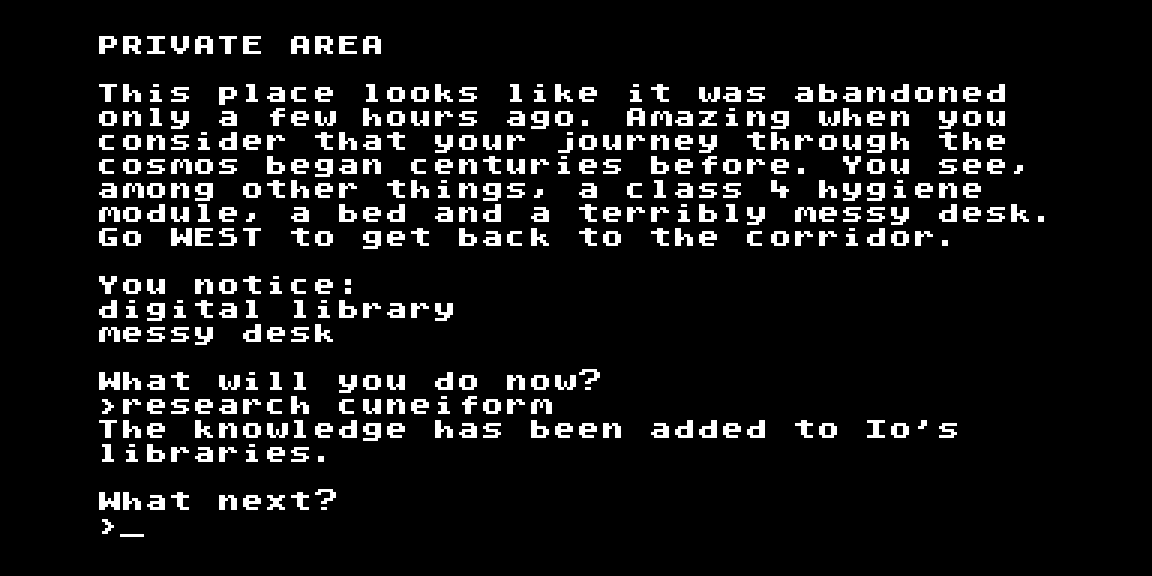 I personally think that the best choice here is to let the author speak, so here he is: Have you ever dreamed about a journey far beyond the known regions of the universe? Hibernated 1: This Place is Death is a Science-Fiction text adventure for C64, ZX Spectrum, Amstrad CPC, Amiga, Atari ST, and DOS. It is the first interactive story in an epic trilogy centered around Olivia Lund, who has been sent on an interplanetary exploration mission by the Terran Alliance. After being in hypersleep for more than 200 years and with more than 800 light-years being traveled, her ship, the Polaris-7, crosses paths with a gigantic alien vessel and is captured by a tractor beam. Olivia soon finds out that this may not be her only problem. There is no communication and there are no signs of life. The extraterrestrial spacecraft just continues to drift through the cosmic void, something it seems to be doing for thousands of years now. This is a tomb in-between the stars, which Olivia has to enter to extricate herself from this interstellar trap. Io, the navigation robot of the Polaris-7, is probably her only friend now. Far away from home and surrounded by death and decay, she found the answer to one of the greatest questions of mankind. Are we alone? The answer is: yes, out here, we are more alone than ever.

The adventure dates back to 2018 and, one year later, Pond Software published an add-on for the game (Eight Feet Under) unveiling further details on the story. The game is available on itch.io but, despite it being a stand-alone product, it is strongly advised to play the main adventure first, to avoid spoilers. For the same reason, I won’t delve further into the story, but let me just say that the sequel has recently been announced. I really can’t wait to play it. Just be patient, and keep the flame alive.