The indie scene is glowing these days, way too many games popping up and most of them end up being forgotten in a matter of days.

I am sick of sales pitches like “RANDOM”, “UNIQUE”, “RETRO”, “8 Bit”, “ART” and so on.  Don’t get me wrong here, i do love retro stuff and i do love the indie stuff but there has been way too many lately, and quite a lot of them being cack!.  Yes, KILL ME!. 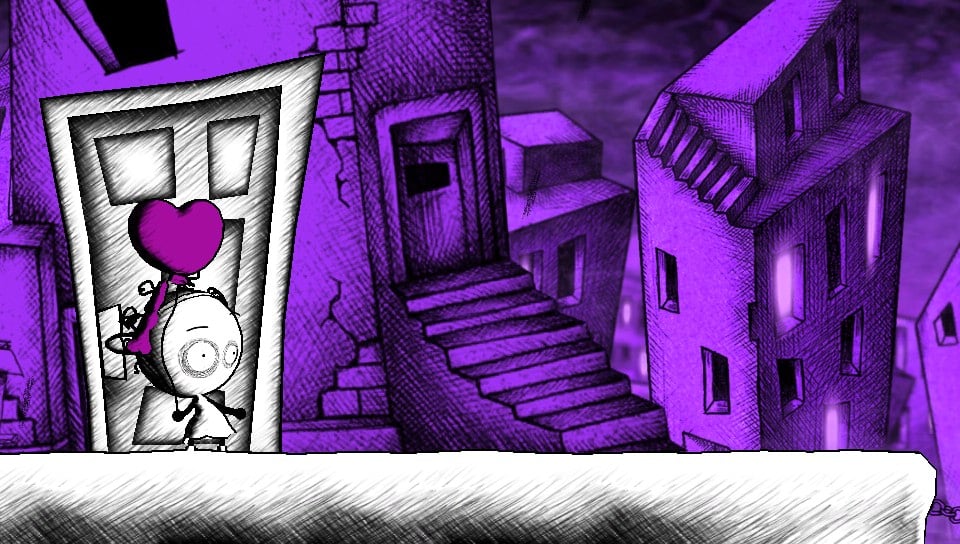 Murasaki Baby is one of those games that i heard quite a bit about when it came out, i never did buy it though as i have been swamped with indie games the last year, and to be honest, i am getting sick of them.

This game popped up on the PlayStation Plus service as a free game this month, bargain as always. I only use my Vita on the go so it took me a good week or two before i got to try the game, my first impression of the game was good so i decided to give it a chance. 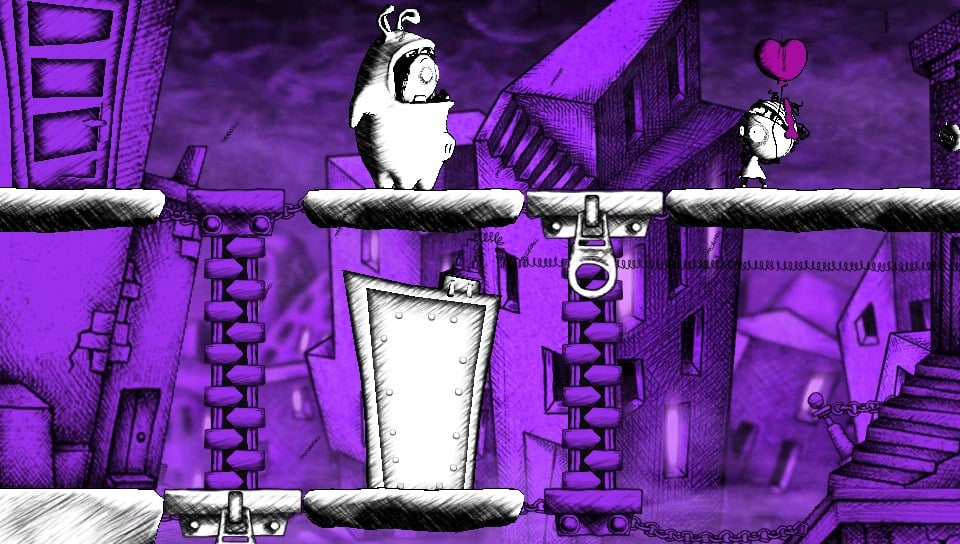 Murasaki Baby is quite scary looking and of a very special artistic approach design-wise. It basically looks like a bad acid dream and still manages to be cute at the same time. The game is all about guiding a little girl around various obstacles and puzzles to get home to your mommy.

The game takes advantage of most of the PS Vita’s features like Front and back toucscreens and that gyro thing that notice when you tilt the unit etc, the controls works ok at times, even when using the multiple touch method (more than 2 fingers). 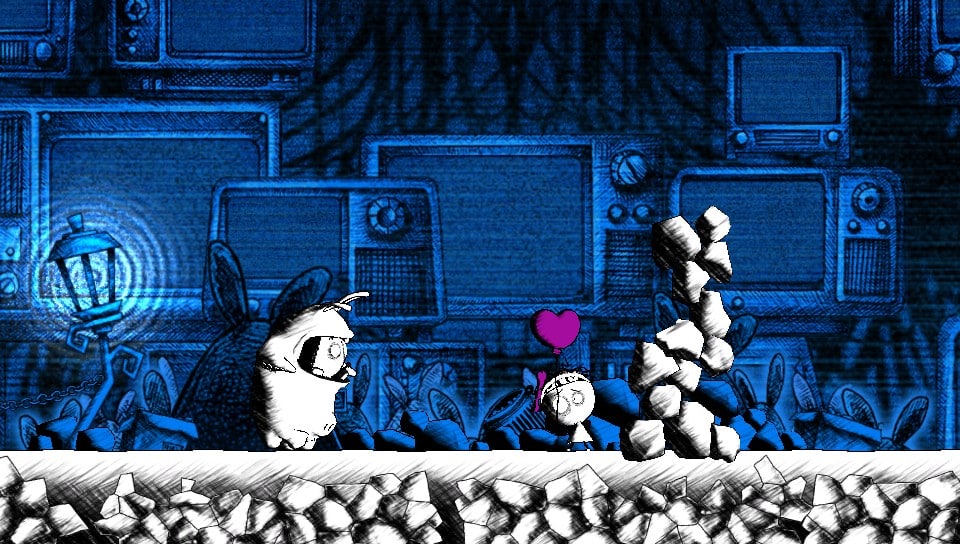 The heart balloon that the girl carry around is her life, if she loose the balloon then she is seconds away from dying, you can rescue her by returning it before it goes away or pop.

There is not many enemies or such in the game but the ones that is in the game carry also a balloon and if you pop them then you get a new power, that power you unlock is needed to progress in the game. 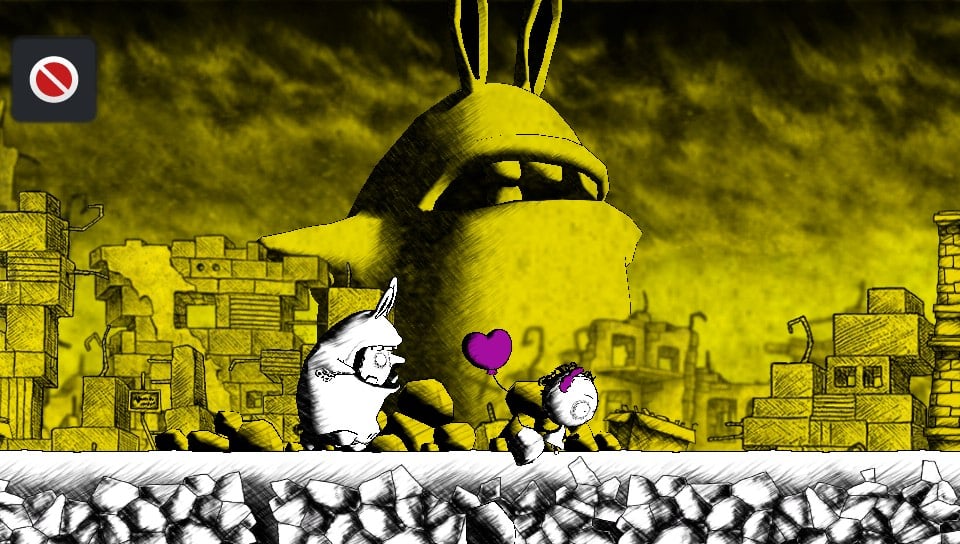 The game is mostly very slow paced and quite relaxing , but there is a few places where you have to act fast and swap between the myriad of powers that the girl eventually get throughout the game.

You switch powers by dragging the finger sideways on the back panel and then you use the power by pressing the screens, both front and back depending on the power you need.

This will in many cases cause a lot of annoyance, first of all, it is touchscreen so you won’t see the girl because of your finger and doing lots of things at the same time and not seeing her often ends horrible.  Towards the end of the game where you have to switch and activate powers swiftly made me switch too often by accident that i nearly smashed my Vita in frustration.. 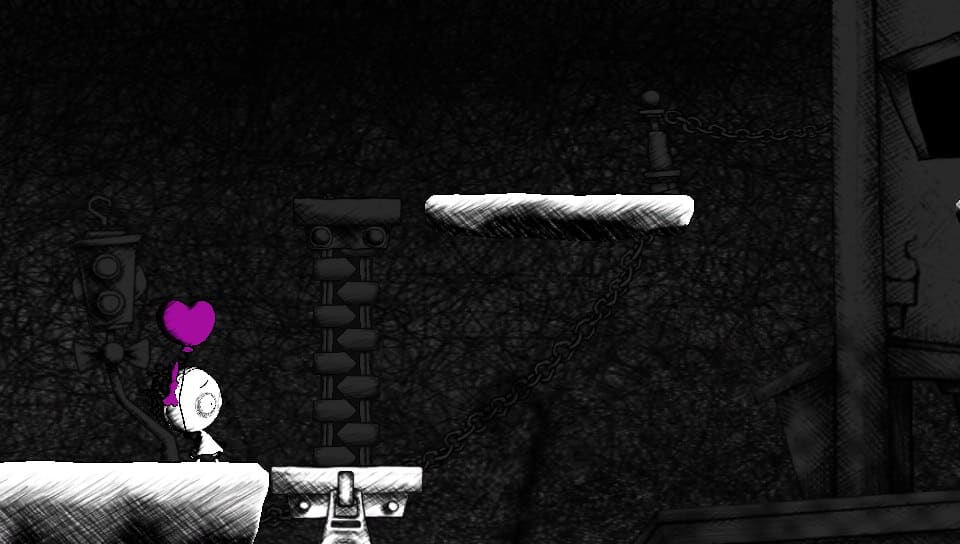 Lots of cool puzzles and when it works then it really works!. The game is mostly about activating switches and such but it glimpse out of nowhere with brilliance every now and then.

The dark style fits the game very good and while an Indie game this still feels solid and a game that i thoroughly enjoyed, i had minimal expectations but ended up 100% it although that might be down to the fact that it is pretty short.

Now over to the scary part of the game, i encountered two very bad bugs in the game and both of them was actually gamebreakers..

There is also a third bug reported, Trophy glitches meaning that they won’t unlock, i never  encountered this bug though (pheww!).

Murasaki Baby is a fine game, it is scary and fun and works good for the Vita and a worthy contender for your game time.

PS: I have to wonder why the little girls (and everyone else) mouth is ontop of her head… looks scary!

2 thoughts on “Horror On The Wrong Premises? – Murasaki Baby PSVita”