The Doctor always shows up in the most unexpected places and he’s always got a plan or something and he always wants your help …or does he?
Anyways, here is my story, i have met the guy and just like the series, it was a big surprise.
The time was well past midnight and i was getting very tired and most of all i was playing on my Vita and had been doing so for hours upon hours, i know… crazy!.
All of a sudden i entered a room where it looked like this. 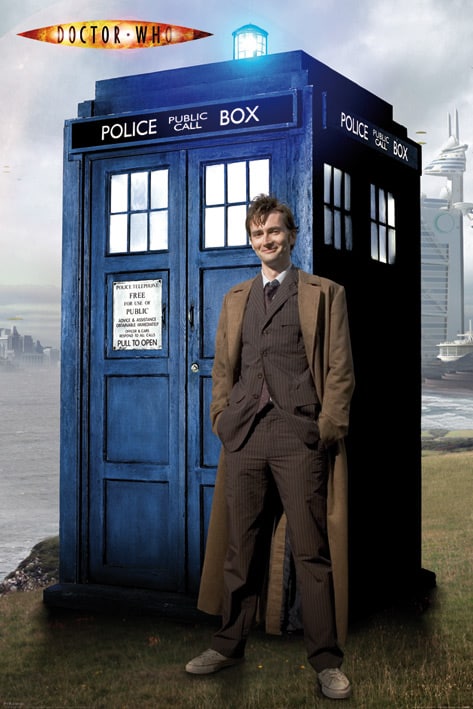 The girl is, of course, me… why do i always play as a girl?.. anyway i did not realize what i had walked into here… me a girl with a gun whom enter a room where there is this gentleman in front of a pay phone who wanted 50 coins from me and he needed my help… tired as i was i gave him my 50 coins and all of a sudden i was inside the booth and on my way into the future, The Doctor worked as a warping mechanism, damn cool and i was like all wound up and all to realise what had really just happened other than he had warped me to level 4:1. woohoo as level 3:3 was a pain in the arse! (boss battle). 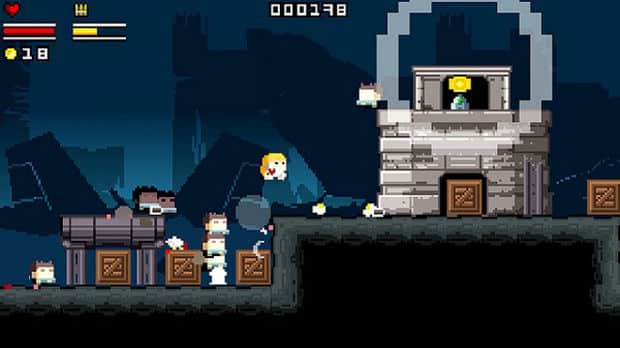 So and this is where the fun started, there was a trophy assigned to Level 4 in the trophy list where you would get the awesome gift named “B. A BARRACUDAS (MR T).. uummm i mean Bad Ass Barracuda which is his name in this game”.. i played the level slowly and could not find him anywhere but luckily you get to replay the levels as many times as you want if you get to a new one and find a new character and the only one i found was Sonya.. i must have replayed that level like 20 times to get that trophy and i could not find it..

I decided to look around on the internet and i found almost nothing there except for 1 photo and that one claimed to show Level 4:1 .. hello??? that was not level 4 as mine did not have sand and yellowness in it, mine was in space or something like that…almost like it was in the future!.. OH!! the future…

So the twist here was that the doctor took me to the future level 4:1 where of course Bad Ass was not…

To hell with the doctor! the game had glitched on me!. AAAARGH!. as when i completed level 4:3 then it went to Level 5:1 and there i found the new character but no Bad Ass there either. yup the doctor had messed the game up. (or my savegame!).

I decided to try and complete level 3:3 now and ignore the doctor if i saw him ( sad but true) and when i finally managed to kill the boss in level 3 then i got sent to Level 4:1 which was the proper 4:1 which of course was a sand/desert themed level and within seconds i found Bad Ass Barracuda.

Damn i just love ideas and concepts like this and my god this was funny too and it had me fooled and i thought that i would never get to unlock that trophy nor the challenge in-game and I would get a new one in order to progress there (3 in-game challenges at a time and you have to do 1 by 1 of them… ). 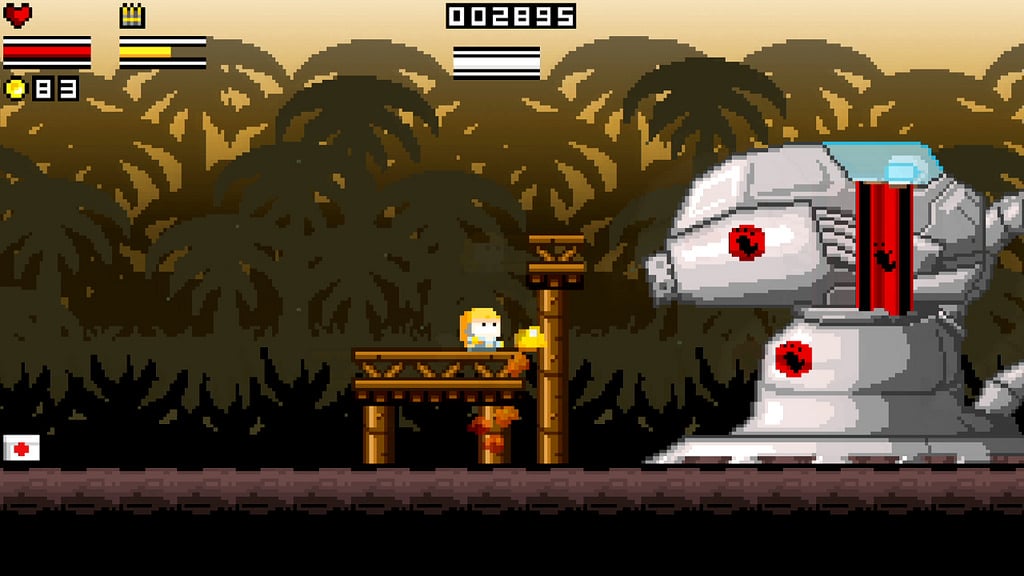 If someone had told me 10 years ago that retro gaming would be so extremely popular today as it currently is then i would never have believed him as the whole scene was turning more and more into an FPS arena and basically every studio which did not do one more or less just got wiped off the food chain.
Luckily Indie gaming is back so us bedroom coders and proper gamers can have a chance at making a good game and even some money on it too as we love to make games and sometimes a big company will never allow a developer to think outside of the box.

Gunslugs is basically as far as Indie gaming can go without breaking a budget and keep everything 100% true to the roots as this game is so filled with the 80’s that i couldn’t believe my own eyes when i played it. 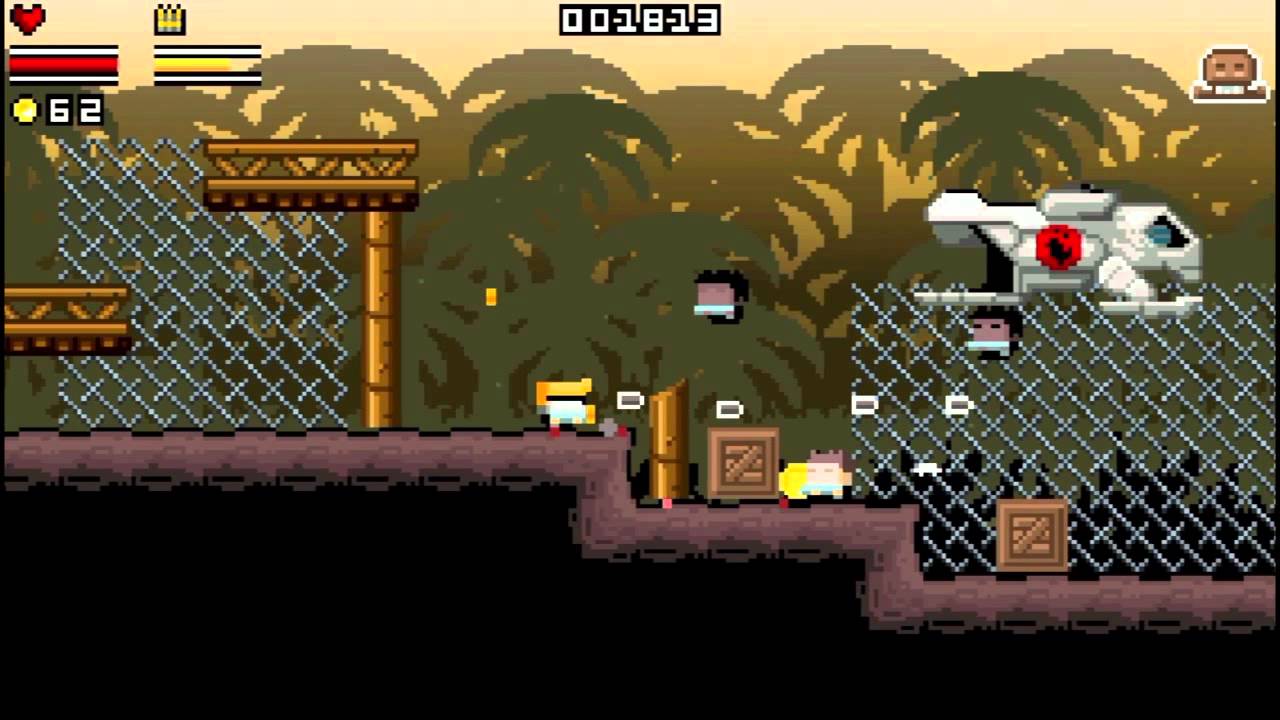 Gunslugs is basically a Metal Slug type of game and a good one too with awesome SID music and enough characters and upgrades to make people happy for weeks and it will certainly make retro gamers laugh a lot. Here are the characters you can play in it, i have unlocked em all so i hope i don’t spoil it too much here now.. 1. Sly ROCKO, 2. Scarlett Sonya, 3. Johnny Rumble, 4. B.(ad) A.(ss) Barracuda, 5. Gun Chick, 6. WILLIS KIYAY, 7. SARGE
… If those names don’t ring a bell for you then this game might not be the best fit for you.

The game basically rips off most of the stuff from the 80’s like a Boss battle from R-Type, a Train scene from a cowboy game on the C64 and Arcades which i can’t remember the name of right now… aaargh!. , anyways… endless of rip-offs and every god damn thing is a perfect fit!.

So that’s the game and that was my story too, damn i love that Doctor!.

PS: The game can be pretty damned hard for many but believe me it ain’t that hard really but it is addictive, very addictive!.

1 thought on “I Met The Doctor Last Night. – Gunslugs PSVita”