Hi, my nick is ToAks and i am a game addict, this is a sentence i have thought about many times and that goes for both the negative and the positive sides as over the last 35 years of my life i have seen and played more than 10.000 games and probably double that amount that i have read, heard and written about.
I am not one of those “i must collect everything” types of guy but sometimes i tend to buy way too many games at the same time so i end up with too many games that i haven’t even started yet and many of those that i have started is left at something like 10% completion.. 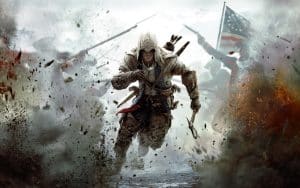 Assassin’s Creed III, a game i never bought as Revelations destroyed the last bit of coolness of the series but ACIII was given to me free via the PlaystationPLUS service so naturally i had to grab it and try it, HATED IT. it’s far between games where i hate the protagonist as much as i have done in ACIII, the first chap you play must be one of the most boring and slow characters i have played in many years and that was many months ago.. since then the game has been on my backburner…. until yesterday!.
I have a close friend whose into the AC series so much that it’s almost his religion and he has always said that i need to finish that Kenway guy for the story and after that you get to play the real ACIII when you start playing as Connor!…. i did try, honestly i did.. but i refused to spend more time on Kenway.. so i asked him to play through that boring part for me, 30 minutes later and he had done it, i only had a single mission left.
10 minutes after Kenway disappeared from the game it all got fun, playing as Young Connor felt like a dream and by now i have at least 6 hours into the game and enjoying it a lot!.

So, 24 hours ago it looked like i never would play this game again.. all changed with a few minutes of my friends time!. god, i love good friends.
Looking forward to playing it again soon. 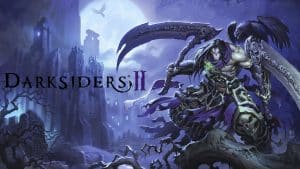 Now, this is a strange one. i quit playing this game 2 years ago and while Darksiders 2 was and still is insanely cool it still had some problems,game-breaking problems.
2 years ago i got stuck, the map showed me a way to go where i could not go, i was trapped and my save was done as i entered the place with its “all the bloody time save function”…
The same friend i mentioned above took a look last night on this one too as he completed the game a while back so maybe he knew how to get out of the glitch hole or whatever…
We loaded the game up and as it loaded (takes forever!) i explained where i was stuck and how and then he told me about his own glitched savegame, “a few years later” the game had finished loading and he started playing on my “glitched savegame”.. the glitch was nowhere to be found, the place where i had been stuck for 2 years had seamlessly gone away…
I have to wonder, what the hell happened? did my sister help me? (she had the same problem on her save but figured it out somehow..) or did someone else help ?.. or maybe it was myself back when i was on sick leave and high on drugs?.

Anyways, my friend played it for an hour or so, did a few bosses and had some jolly good fun and by the looks of things the glitch was gone and will never return (hopefully).
I will continue to play the game now of course and hopefully platinum it as i am near the end and this is on the highest difficulty level too, only time will tell but one thing is for sure and that is it won’t take me 2 years till next time i play the game.

I wonder what game we will play tonight, i have several in my backlog that he had completed in the past so let’s see what happens, maybe it will be Invizimals or maybe Azura’s Wrath?….

Follow Us... Inspire Us To Get Better... Keep The Flame Alive
Tags: Assassin's, Creed, darksiders