It is no secret that game developers and publishers have been taking shortcuts, and when it comes to releasing unfinished products, well that is the norm today or so it seems as everyone out there publish games which basically requires you to update the game before actually playing it!. DLC like this is something i am very against and by that i mean DAY 1 DLC, you know, stuff that’s supposed to be inside the finished product but yet they decide to force a 6GB update which you will spend hours if not days on downloading and installing.
PAID Day 1 DLC is the worst kind and i personally think that NO-ONE should buy these things as no matter what people say or think about paid day 1 DLC – IT IS A CASH COW, easy money for the developer/publisher and in most cases already included in the final product bar the “DLC redeemable code”. 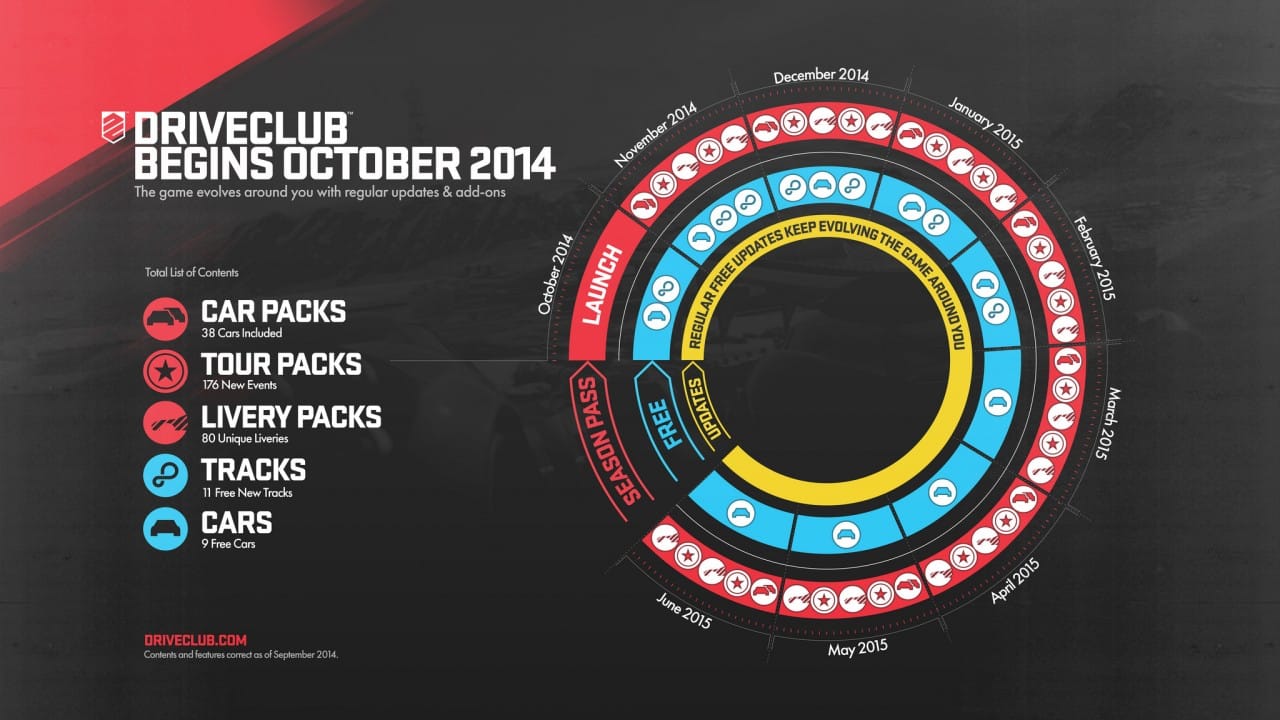 Ok so let’s go over to the positive thing about DLC, games like The Walking Dead went from ok to great with it’s very short but cool “400 Days” DLC , yes i completed it within an hour or so but i found it fresh and it gave me a wanting feeling to buy Season 2, before i tried 400 i had no plans of getting Season 2.

Other games go with free DLC that up’s the whole game from “great” to “superb” and DriveClub is one of them and while many of its updates came planned i still think they went over the top with free updates already, this because of the rough release it had with its server problems and so on.

Other games like Assassin’s Creed Unity,Deus Ex Directors, Defiance, Final Fantasy XIV, GT5, DMC, Skyrim + many, many more would probably never have been released or if they had been then it would have been catastrophic since the code released on the disc’s was actually broken.
Back in the Floppy times, the time before internet updates and so on publishers sometimes had to send out floppies with an updated code on them and many shops had a “replaceable copy deal” which made room for revised updates etc but this was very expensive. In many cases, these deals was a reason for sales to go down due to word of mouth and reviews etc telling the gamers out there about the broken game(s).

Without DLC and the update systems out there today, well i can safely say that it might have been the end of the game industry as games today is so expensive and time-consuming to develop that releasing a game 2 years late because they had to make sure all glitches and bugs were gone and so on… Yep, THE END.