I have done a shitload of things in the past that i regret and one of them was that i “sold” (more or less gave it away really..) all my Amiga magazines via an auction site called QXL (like eBay), by all i mean from 1986 to 1998 or so and the reason why i did it was because that i was moving to a new apartment…

For a bigtime collector and gamer like i am this was a very bold move and one i knew i would regret eventually and that’s exactly what happened… 2-3 years later.
In the early 2k’s people started asking around if people could start to preserve magazines like we/they had started doing with game images (TOSEC, and later C.A.P.S etc). 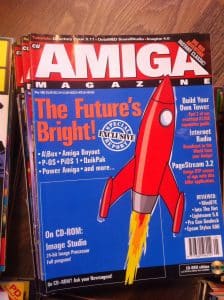 My Scanner was glowing because of me scanning boxes upon boxes for months and the main inspiration for this was of course that i was helping out “starting” the Amiga Hall Of Light website, a site which probably is the most viewed Amiga games oriented website today?
At that point i was a bit “i have too much to do here!” and sort of looked the other way because all my old Amiga magazines were of course gone… After a few beta attempts and a long wait… the Amiga magazine website Amiga Magazine Rack was finally born! and this was back in 2007 or so and i had yet to contribute a single thing… 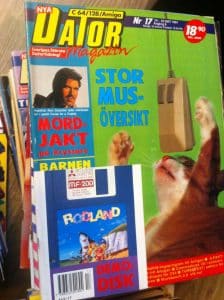 Now, 7 years later! and i will try and change all of this! because 2 days ago a friend of mine decided to give me his entire Amiga magazine collection… one that i did not know he even had…. and the best thing of his collection was that he also collected the some of most “unknown” magazines, at least when it comes to the early ones.. so after a few clicks on the AMR site i found many missing magazines that i can scan and upload to their website!. 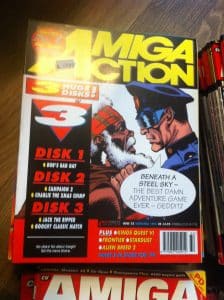 The entire collection i was given was 218 magazines long and while many of them were from the most known publishers there was still some good issues in there (like Xmas specials etc), some examples: CU Amiga Magazine, Commodore User, Dator magazine, Amiga Action, Amiga Computing and The One.
I still have some magazines from my old collection (about 50+?) but those are mainly later ones 97 and up). 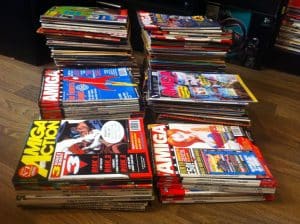 Many gems in the load but here is one of them… this is the last review of Lightwave 5.0… at least that i know of and the reviewer was simply too honest as my eyes got all soggy when reading it last night… he simply said it like this… This is the end, the Amiga is too slow to compare with today’s (1997) PCs… Imagine if Lightwave had gone PPC and 3d accelerated……. 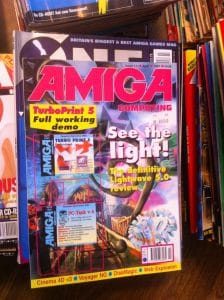 It is sometimes very hard to read about the past, a life that “made you” and in my case, it always makes me really. dunno… mushy? and i seem to remember way too much of it all..at least compared to everything else around the same time, i mean.. i know the exact date and time when and where (Bergen 1989, school trip) i bought Rainbow Islands C64 and i know why too… but i don’t remember what we were supposed to actually do on that very School Trip… i know i bought a shitty hamburger too… but for the love of god, I simply can’t remember why the school went on this trip!….

Life is strange and the history of Amiga is strange and one heck of a ride to read even if it’s just old games magazines!…. i will try and make sure of that you guys can also get to delve into the past and get all mushy and by that i mean… i will start scanning magazines like crazy and upload them ASAP!.

EDIT: Counted them and checked if complete and all, 218 magazines and 4 of them were missing the front page, rest of them are complete. Magazines from 1984 (general Computer related) and up to 1999.