Ever wondered how Giana Sisters would have looked like if they had used the Amiga hardware for more than just a Commodore 64 port? , if you have then you can stop now as Reimagine games released something called Giana Sisters S.E. last week.

Giana Sisters S.E. is actually just a version of the original game from 1987, is in my opinion, not the best word to use as it is more than just some minor changes etc. 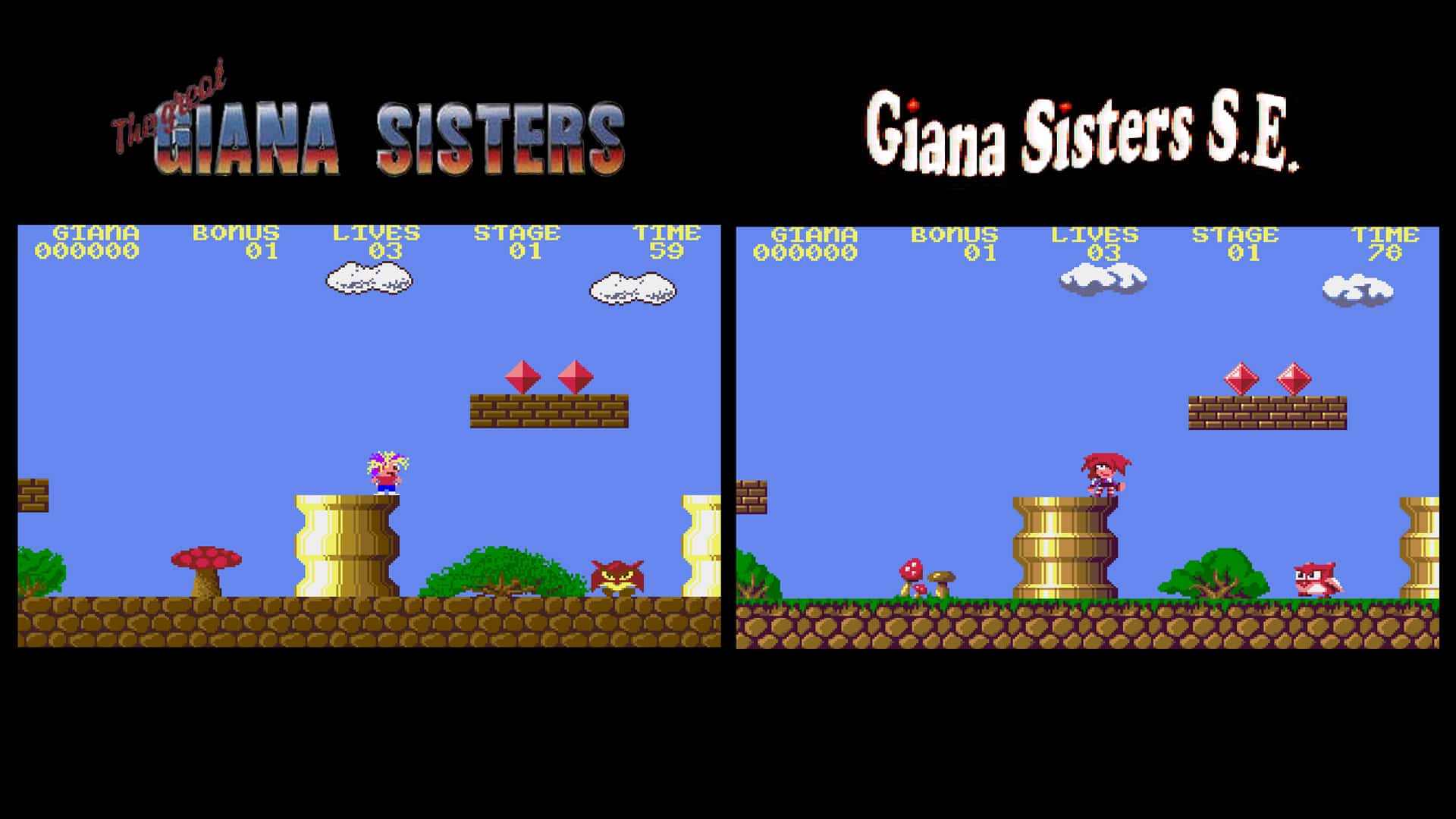 If the graphics look familiar to you then that is because they’re from another game – Giana Sisters on the Nintendo DS (2009). While the game features a lot of DS graphics it still has both stuff from the original version as well as brand new never seen before material too. 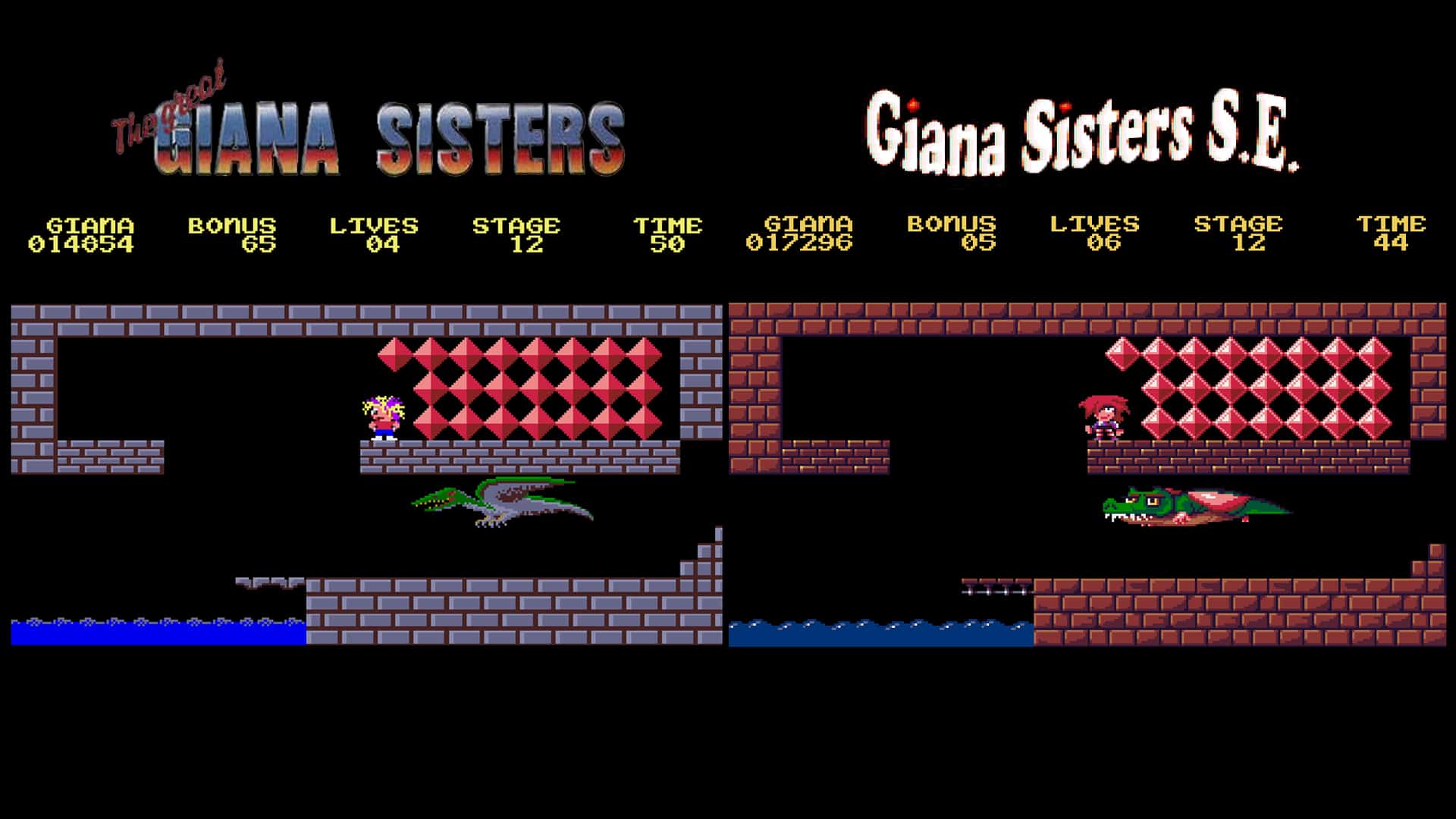 Above is a picture of a entirely new enemy, the graphics ain’t ripped or based on stuff from the DS version, and this is just one of many places in the game that you realize that this ain’t just a quick hack/reskin or whatever and that they have really put a lot of time and effort into it. 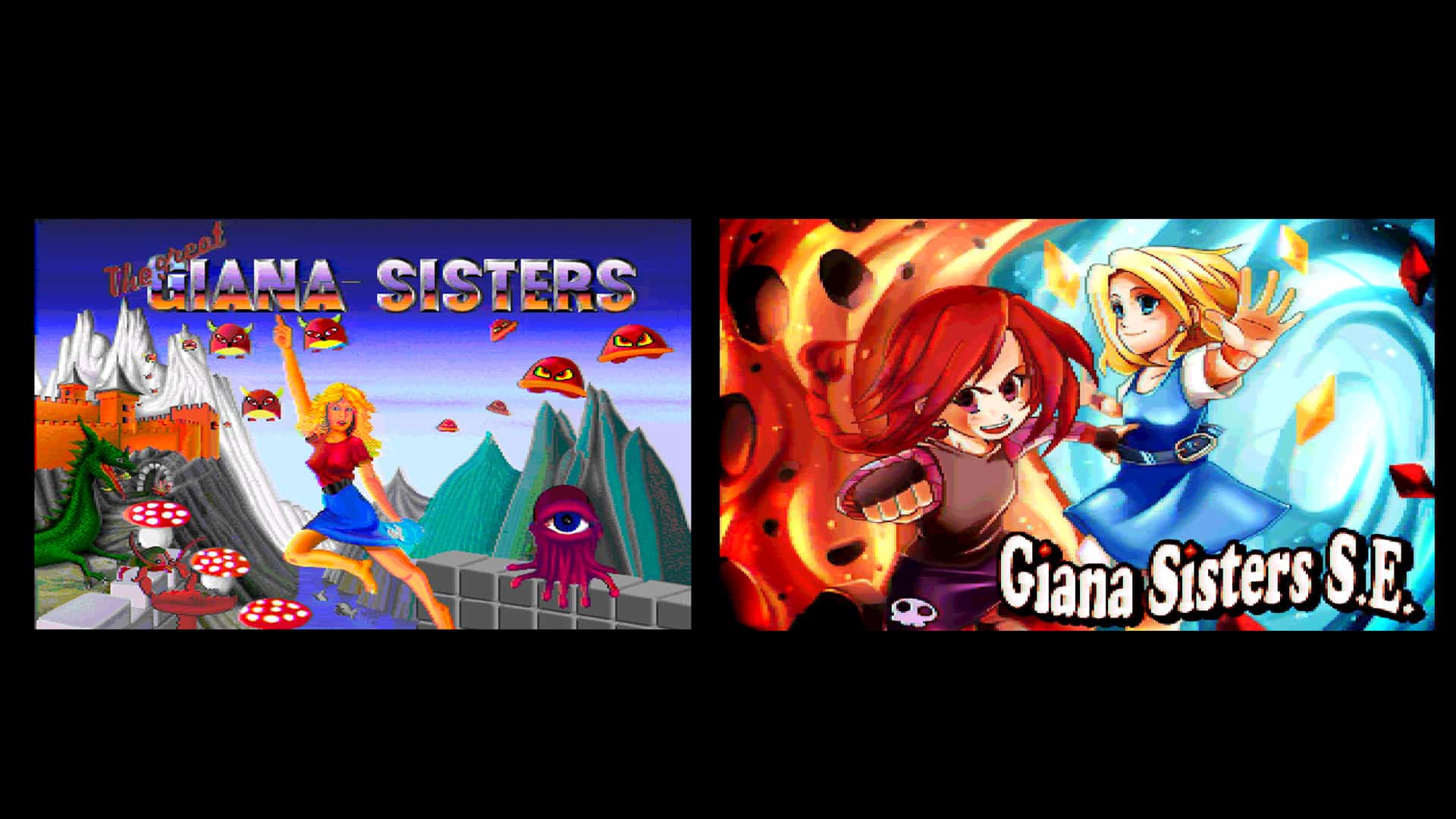 For some reason the new version has a new loading picture too, it is of course in here to make the game look better and work better as a complete design. The new picture (on the right) is a bit too much for me really, it is too much Disney/anime and I feel it is “off” with the rest of the game design. 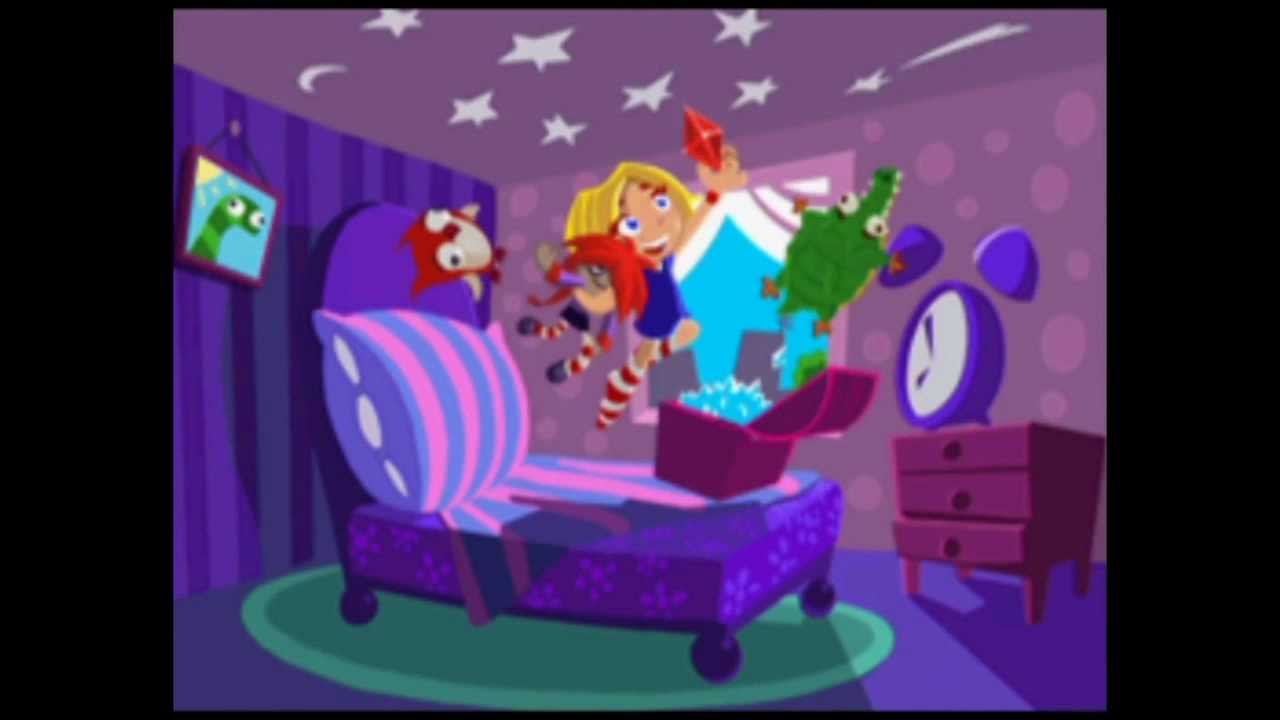 Another cool addition is the inclusion of the Nintendo DS intro, a pretty little slideshow intro with some lovely graphics and music in it.

I have not completed the game yet (stuck on level 29 atm) and don’t know if there are any major changes anywhere after level 29.

The game will take advantage of the AGA chipset and extra memory “when available” but it will run on any 68k Amiga with more than half an MB of chip memory, an Amiga with 1MB or more is required to be able to view the intro.

The actual gameplay is more or less untouched except for CD32 controller support and some tweaks here and there (need more info here…). 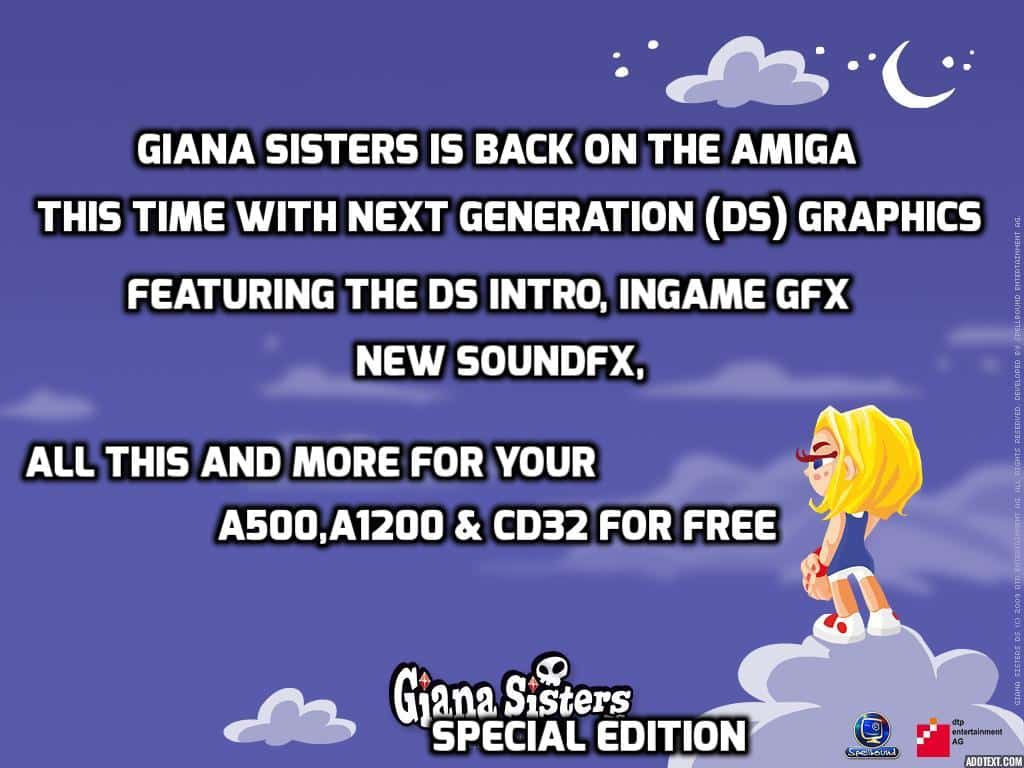 There is also a trainer version available which features infinite lives and level skip among other things.

All versions are available for free at the Giana Sisters S.E website and with full permission from – Black Forest – which is the owner of the franchise/property these days. (Excellent of Reimagine games to get permission for this release).

I planned on doing my own video but time was a problem so I had to go with this one for now because my article is already in overtime here (by 2 weeks).

The new graphics works wonders most of the time, gone are the annoying green piranas, gone are the awkwardly looking snails and so on, the new look works great and maybe most of all it feels like it was designed to look like this from day one.

So what about the game, does it stand the test of time? , does it play as good now as it did back in 1987*/8?.  Giana sisters for me is one of the best Amiga 500 games out there and this upgraded version does next to nothing to harm the game in any way possible.

The negative things I have to say about Giana today is the same as I have always said:

While the loading picture and some of the sound in this new version doesn’t reach the full 10/10 for me it is still way better than what I would ever have expected for such a project as this one.

The guys at Reimagine games have done a stellar job here and definitely one that will put them in the hall of fame.