Skidmarks, yet another drive em up classic from the Amiga heyday.  Any respectable retro gamer or old schooler out there should know Skidmarks by now, if that ain’t so then make sure to give it a try or at least read up about it right now.

Skidmarks came out of nowhere really, it was a hyped game alright but everything happened so quickly that most of us got the game a few days before the press went wild.

The first thing i think of when i hear the name of the game is underwear, dirty underwear. I can picture it in front of me, shopkeepers around the world writing posters like ” We got Skidmarks in stock again”, ” Skidmarks multiplayer fun, only £19.99.” , ” Skidmarks is this year Xmas gift” and so on, a grand marketing scheme really.

But yes, it seems i am one of the few who calls “it” skidmarks so maybe that marketing scheme wasn’t all that of a success. 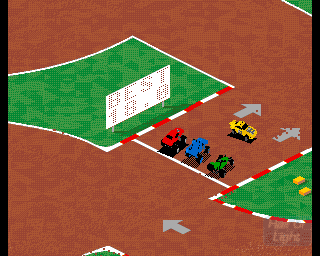 Skidmarks came packed with many different types of tracks, snow, dirt, tarmac and more. These features might be common today, but in the early 90s not so much.

Even more nifty things were introduced with Skidmarks and that was jumps and wall bends/curves, the car handling gets quite chaotic when mixed with these features but it still works great once you got the hang of it and more so if played in multiplayer.

One feature that many seem to forget over the years is that the skidmarks in the game actually stays there until you decide to reset them. This basically means that you can more or less skidmark the whole track beyond recognition.

Skidmarks was among the first when it came to raytraced cars on the Amiga.

Multiplayer works great, it is in split screen and with scrolling screens at the same time, it is amazing how they managed to pull this off on all Amiga setups as there are absolutely no slowdowns and it is 50 if not 60 fps constantly.

You can set up a multiplayer cup kind of thing and chose various vehicles (4). Limited by today’s standards but absolutely crazy back then.

Skidmarks came in a pretty average box, well the front cover was average anyway,  a typical “let’s use a raytraced picture” instead of a pixelated or hand drawn or whatever picture. The end result to me looks lame, it looked lame back in 1993 and still do today.

Skidmarks was a technical marvel for its time and it was a great game in multiplayer but the game had a very unfinished feel to it and felt more like an advanced tech demo really.

One of the reasons for this is because of the game design, for instance with the menu systems: everything feels very simplistic,

Skidmarks had more issues sadly and one of them was that the game was quite unstable at times and would lead the game to crash.

I got 2 versions of Skidmarks and both are identical as far as i can tell, i always played this game from HDD via a patch, not sure if it was an official one or not.  (These days i use Whdload of course).

4 disks were getting the norm by 1993 or so it wasn’t all that much really,  The promised track and car disks never came out as Acid Software decided to scrap the idea and do a full-blown sequel instead.  This is how Super Skidmarks was born, more about that below.

Not my video, but i found this video to be quite ok as it goes straight to the action and not showing endless menues and loading screens etc.

Follow up article soon and in that one, i will cover the sequel and its expansion pack(s). 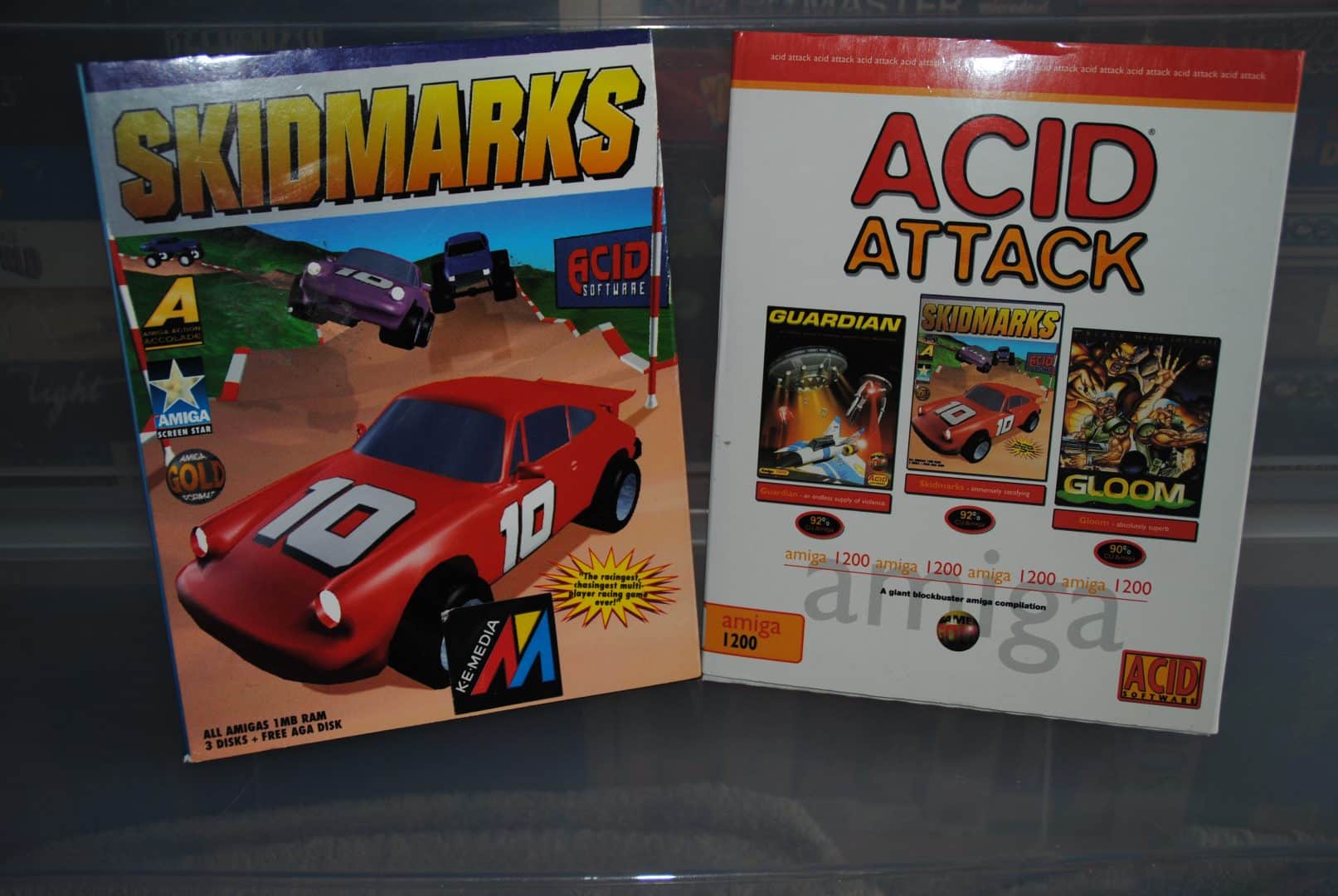