Super Skidmarks was designed to be the best driving up experience ever, a very bold move and while the first game was good it was still far away from being anything near the best racer out there. This sequel saw so many new features and additions that most people (including me) never bothered to read the whole feature list. Was Super Skidmarks worth it all?, Mario Karting was already out and the PlayStation was crushing everything out there with Ridge Racer and so on…

I will do something i normally would not do this early in an article, and that is to say what i think of the game. Super Skidmarks is everything the first game wasn’t but at the same time it took those things that worked from it and turned it into something really special.

Some of the new features included some wacky ideas like Caravans and cows (yes!) and while both are totally pointless they still added something to the game that just felt perfect. 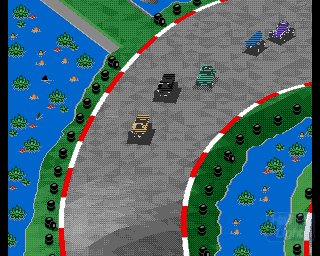 I was supposed to do my own grabs this time again but after the sound issues on my console, well just let us say that i don’t want to risk the console. I need to fix the problem before it gets bigger.

So this means i had to loan screenshots from friends and from Hall Of Light again, a shame but hey, it’s my only option right now.

Super Skidmarks has a few annoying issues when it comes to emulation and i didn’t bother doing grabs from there either, the problem in E-UAE is that it for some reason make the game look ugly with scanlines etc.

If anyone can help with setting up E-UAE to work better with this game then let me know.

All screenshots in this article feature the problem but if i ever fix my cd32 or whatever then i will upload new ones.

More screenshots and while there are a ton of modes and locations to race the much-awaited construction kit was never included for some reason.

Many new additions meant lots of good things and if there was one bad thing in here it has to be the menu system (again), this time around they went for a demoscene approach (music and spinning object etc). A nice breakout 2 player game is included inside the main menu but the rest of the menu is boring and looks bad.

Super Skidmarks came in a much better box than the first game and while it still looks quite “average” it is still quite representative of the game inside compared to the first one.

The game boasts many new features but i will just mention some,

And as always i got a few versions of each game…right?, well this time i only got extras disks as in Data disk add-ons.

It was not common with data disks on Amiga so seeing how they did not only 1 package but 2 just shows the dedication they had and at the same time found a good way to cash in some money.

The odd thing about the data disks packages is that they could have included everything in the package, full game + cars and tracks and so on as it came in a big box with a new updated executable and such.

One has to wonder how much cash this game cashed in over the years and while this one was not an Amiga exclusive it was still a huge Amiga landmark and clearly one of the better “late” Amiga games out there.

Super Skidmarks was released on Megadrive and on Amiga, i am not sure if other versions were in the works. 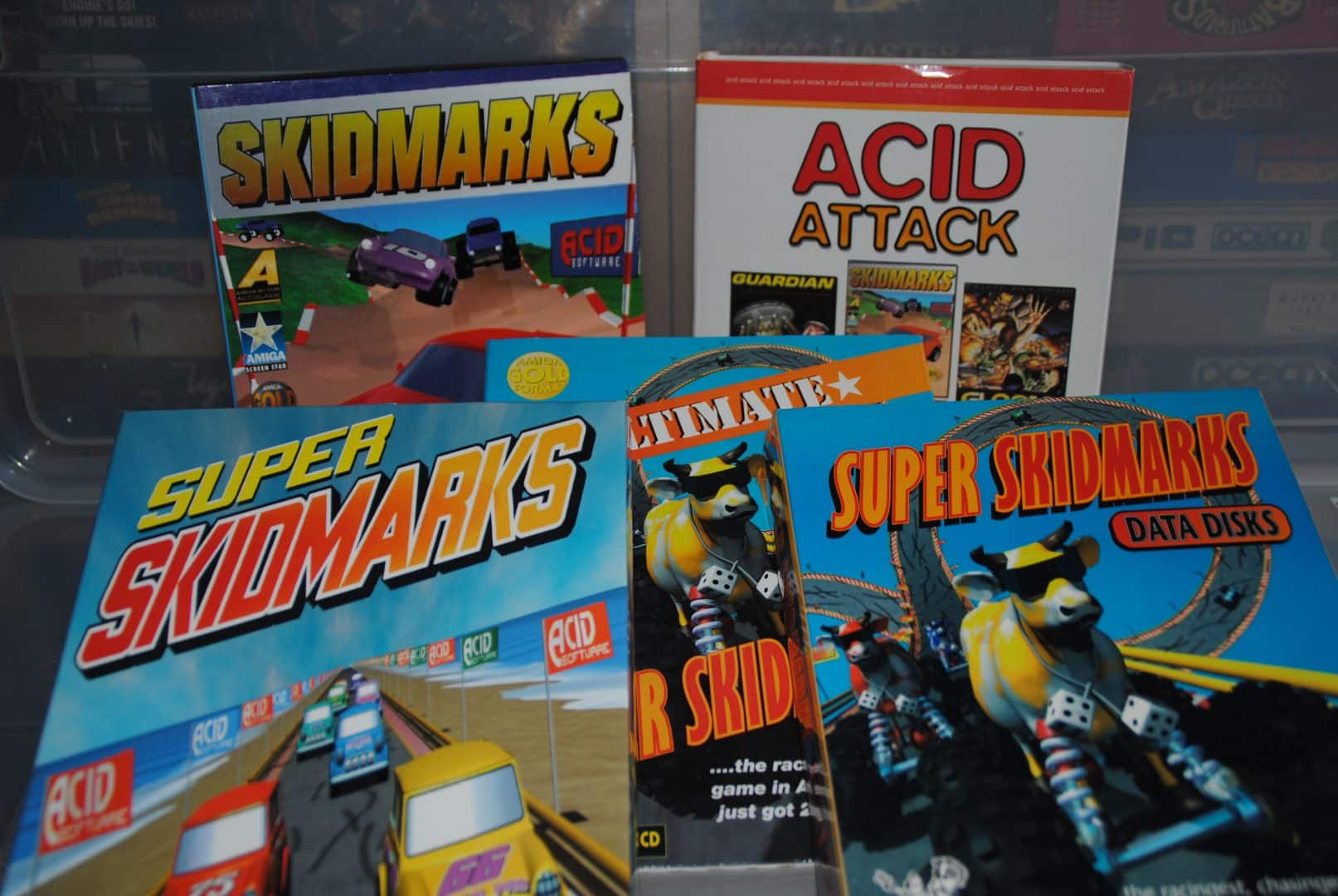 I bought quite a few versions of the game(s) and i know i bought the CD32 version too but i forgot to do pictures of it by the looks of things (i am at work so i can’t do new ones right now).

I decided to post this article now instead of waiting one more day, it’s been long enough already (no new posts on the blog).

Never tried the game? go for it now!. Super Skidmarks is an instant classic and miles ahead of the first game.

Screenshots from various sources + Hall Of Light. Box scans as always are from my private collection.