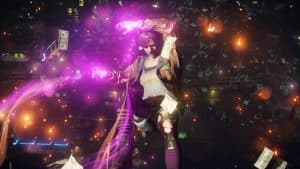 inFAMOUS, a series that’s on it’s 5th game by now is still struggling to gather millions of fans/*sales (Retail sales clocks in at 6 million total) even though the game series is way better than most/if not all another type of games in the genre, Sony tried to boost the fanbase by giving the 2 first games out for free via the PlayStation Plus Instant Game collection… if it helped is something we might never find out but disc version sales of all games seems to be “stable” albeit low’ish… inFAMOUS PSN sales might be in the millions but wouldn’t they have gone out with numbers by now if so?..
The Last Of Us PS3 download numbers are 2+ million by now and PS4 PSN Download numbers over a million by now…

Ok over to the latest inFAMOUS game – inFAMOUS : First Light, it was released a few weeks ago and it was a seen as a DLC/additional level or whatever package but in the end it ended up as a full game title (3 versions, DLC, Disc based stand alone and stand alone download version)with it’s own platinum trophy and quite a hefty download size aswell as a decent enough lengthy story game.
First light is based in the same city as inFAMOUS: Second Son, a game that was released earlier this year and First Light tells us the story of a girl named Fetch whom you met in Second Son for a brief moment. 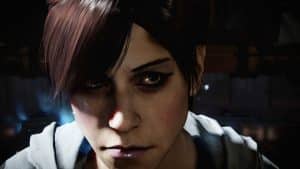 While First Light is a “downscaled” experience in terms of good/bad hero style and so on this one is still pretty much up there with the best games in the series with its style and fun gameplay and the variation is enough to keep the gamers and fans entertained for hours.

I have seen other reviews complain about the game being filled with Horde modes and such. well there is 9 arena/horde battles and yes some of them are boring and somewhat too hard but their not a requirement to play much since you get the powers even if you die. Once you unlock the powers you try them out in the arena to get used to them, one of the modes was damned fun but some of the others were a pain in the arse… for me anyway.

One of the coolest things in Second Son for me was the Neon upgrade and luckily this is the reason why you got it in Second Son… from Fetch (?), running up buildings, jumping triple jumps while dashing at the same time. you will not get the idea/fun of it all until you have actually tried the game!… oh and it gets even better when you have upgraded the powers!.
Oh, and yes, it looks absolutely amazing too!. NEON FTW!. 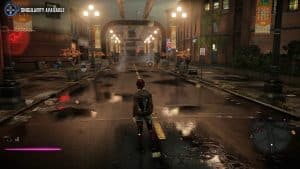 I am sorry to say but i never really liked the looks of Fetch, she feels fake and rough but the picture above is from one of the better video parts of the game whereas she looks “better”, there is nothing wrong with the graphics but i just think she ain’t beautiful nor ugly… just… boring!.
On the other hand, she is a masterpiece to control and play, the rough looks and movement and so on suits her well… no idea why they went so “plain” with the face though…
Major plus in the game is the emotional scenes and it has to be said that Suckerpunch know how to chose where to do what and when!.
This is somewhat of a spoiler sadly but i have to mention it since so many reviews out there simply seem not to have completed the game before writing their review…. either that or they decided to not spoil the latter part of the game? 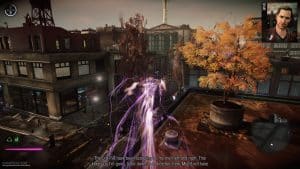 Eventually you will exit the “huge” city of the game and head into the wilderness (lol), snowy fields and mountains and a somewhat return to the opening level of the very first game…yes a bridge, this is where i realized how far the game has come in terms of graphics and gameplay, by all means, i loved the first game but damn man!.. this is just amazing compared!.

The upgrade in graphics and gameplay from the first title on PS3 to the sequel was insane but i always felt that the first one was more dunno.. amazing? in terms of location and experience anyway but by all means, the sequel was very good and on the whole a much, much better game albeit those “voodoo/jungle” things should have been removed… bored me to death… The inFAMOUS 2 DLC update Festival Of Blood was kick ass, loved it to bits and i felt it was more like the game i really wanted over inFAMOUS 2, First Light is also a bit like this as it is a simplified version of its core game (second son).

Second Son was a game i loved from the start to end but i have yet to try Evil Karma mode as i somehow got enough of the game after i had completed Good karma and this goes for inFAMOUS 2 also…i need to complete that one too in Evil Karma mode.
Believe it or not, i do not think these games are too big but i am a gamer who need to change games after completion and then i return to them later on… but somehow i have not done so for inFAMOUS 2…
First Light use the same engine as Second Son and one would have thought that it was a lazy, sloppy “change character and add simple story” release since it is a DLC type of game but no, this is not an Assassins creed (read scooby soft) game so here Sucker Punch and Sony went the whole mile to give the gamers out there a proper one so they updated the core engine so now it is even smoother than before (i never saw one framerate dip in this one) and more responsive and in general more detailed too.

if Second Son has been patched in regards to the core engine updates is something i am not sure of for now but i will play it again soon (and do Evil karma!) and then i might be able to say if they have made it better too.