The legend of Kazuma Kiryu, the Dragon of Dojima, is now a well-established theme in Sony’s consoles landscape. Born on the PlayStation 2 in 2005, Kiryu and his “friends” soon conquered the heart of many players around the globe yet, is often considered a niche product, the games were not easy to find in the western part of the world, especially in non-English speaking countries.

Nonetheless, the Yakuza series (original name: Ryu ga gotoku, “Like a Dragon”) kept growing stronger among fans to the point that last summer saw the upcoming of Yakuza Kiwami, an HD remake of the original game, exclusive to PlayStation 4.
The Japanese word “Kiwami” means “Extreme” and it comes from the fact that this game is not a simple resize and revamp of the original textures, but rather a rewrite from scratch of the old product now featuring:

For those of you who don’t know who Goro Majima is, let’s just say that this Yakuza member will take good care of our hero throughout the course of the entire game. Goro is a former Kiryu’s competitor and, when at the beginning of the story Kiryu gets out of prison a little bit out of shape (or so to speak), it will become Goro’s mission to bring the Dragon back to his former self.

But Yakuza wouldn’t be nothing special if it were just a matter of brawling and fighting your way through the ranks of the mob. Instead, we are here dealing with a guy who has a good heart despite his troubled origins and the environment in which he lives, so Kiryu will soon get trapped in a bigger game, revolving around a young girl to be protected and 10 billion yen treasure to be tracked down and retrieved. 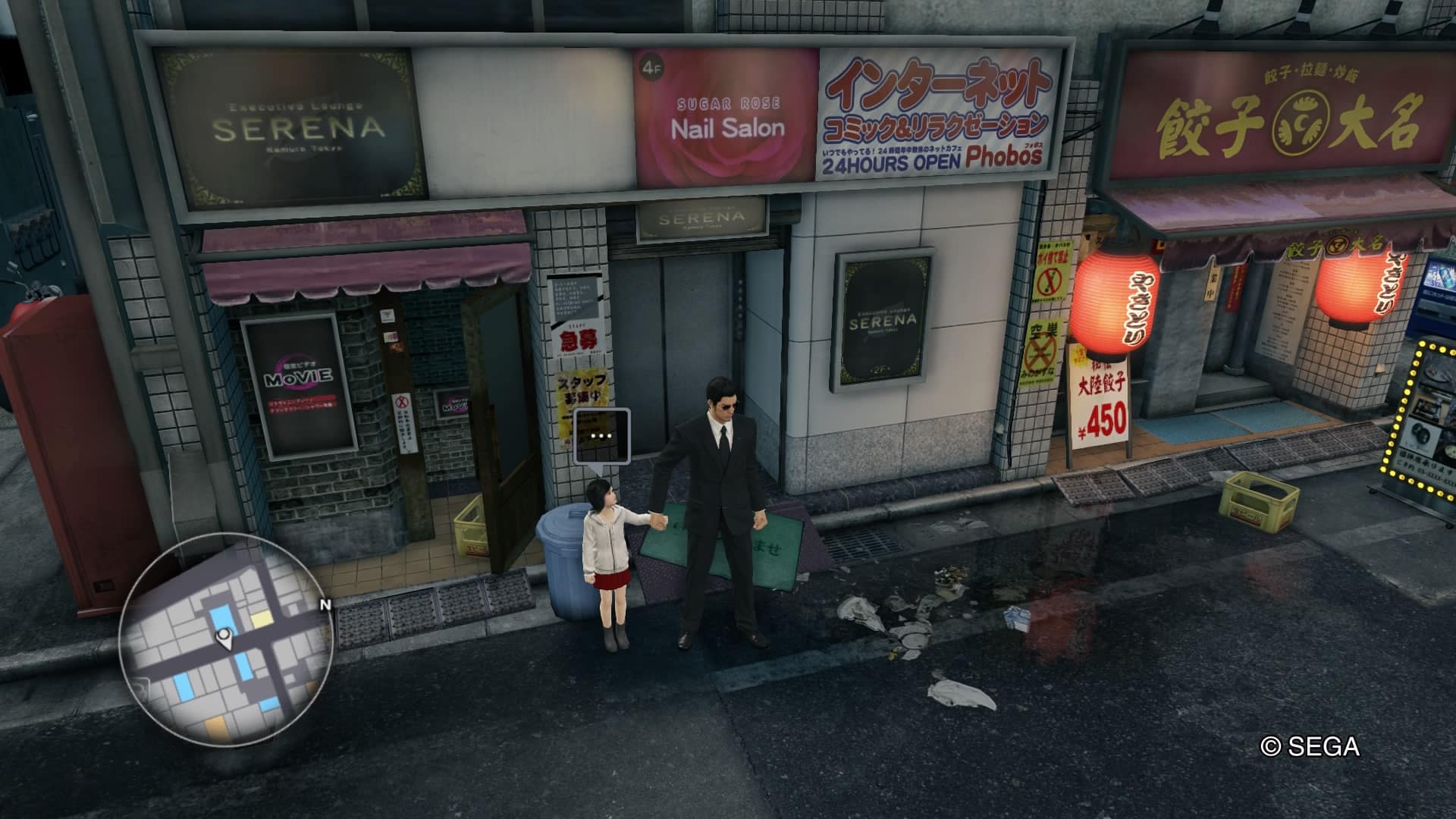 The first instalment of the saga sees our avatar moving day and night (more night than day, actually) through the streets of Kamurocho, a fictional district of Tokyo made after the real district of Kabukicho, Shinjuku. Despite not being a very wide space, unlike in the following chapters of the saga, there are definitely many things to do, being them story related or just for fun.

For example, you can enter a combined (24/7 open store), either to buy supplies for the game (health potions and such) or to pretend to read a magazine, like in real life…

You can enter a cafe (or a restaurant) to replenish your health bar, or just to enjoy a little time “off-duty”…

You can enter a bar to taste some fine liquor…

You can seek good company in a nightclub …

You can enter a Sega arcade, play with a UFO catcher game and reclaim your prize… 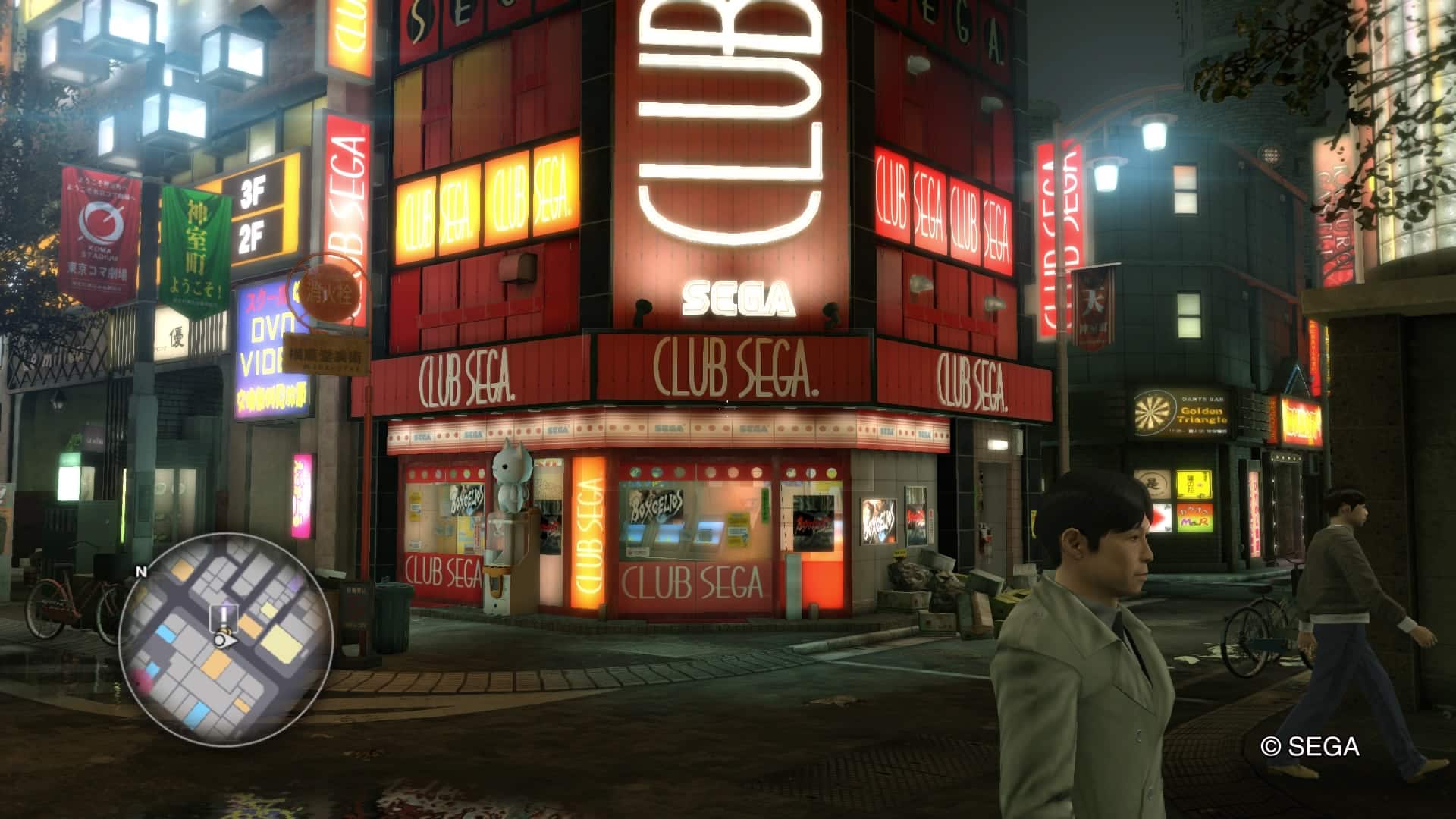 You can also play a catfight game, called MesuKing, based on the rock-paper-scissors mechanics but featuring fighting-girls dressed like giant battle bugs… 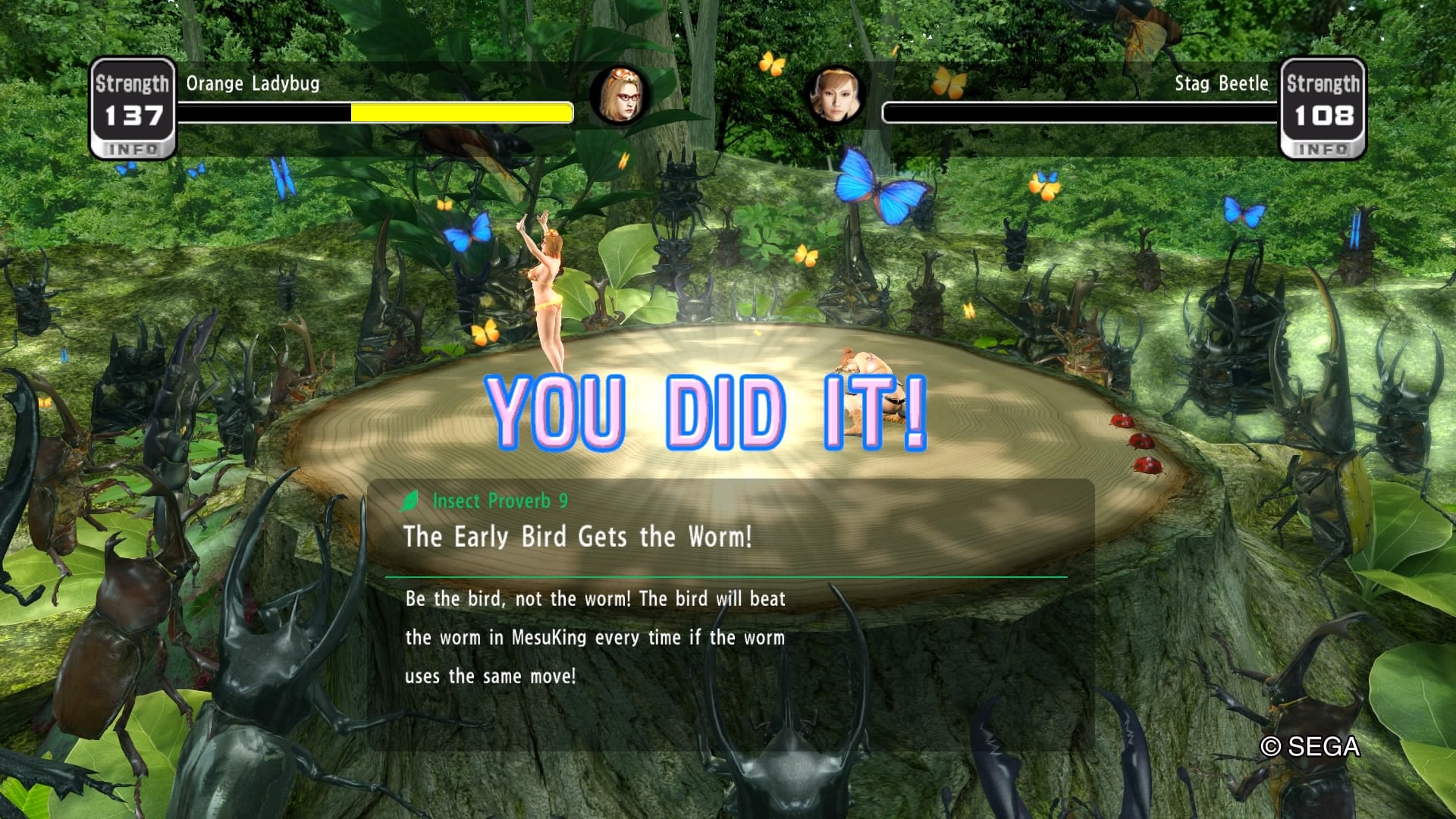 You can also play bowling, pool, darts, pocket circuit and even baseball ….. 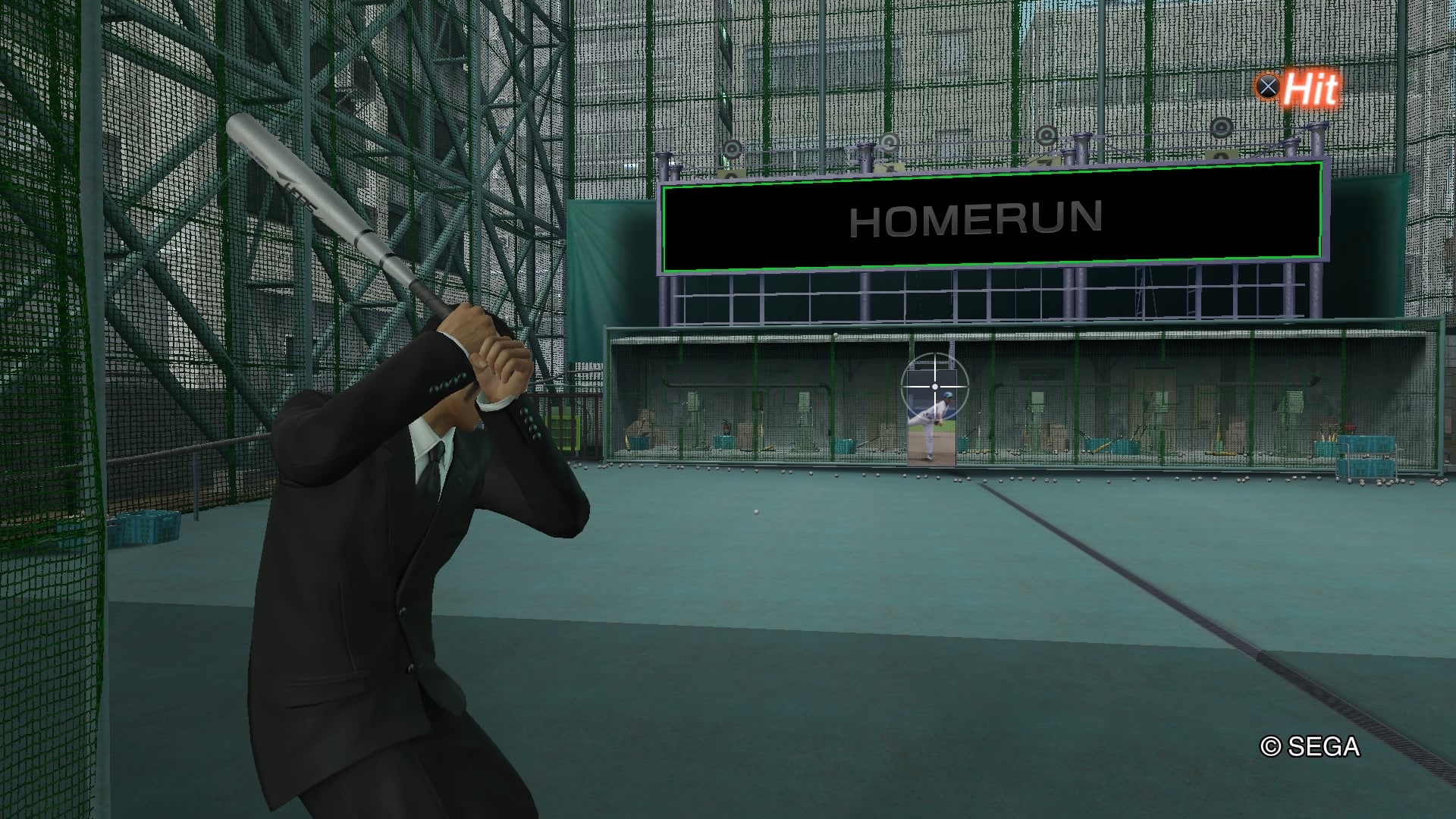 But most of all you will follow and intricated and compelling story, which will take you down Kamurocho streets more often than not, that will ask you to fight every kind of goons and, while doing it, it will give you the chance to accumulate XP, unlocking new skills and fighting styles… 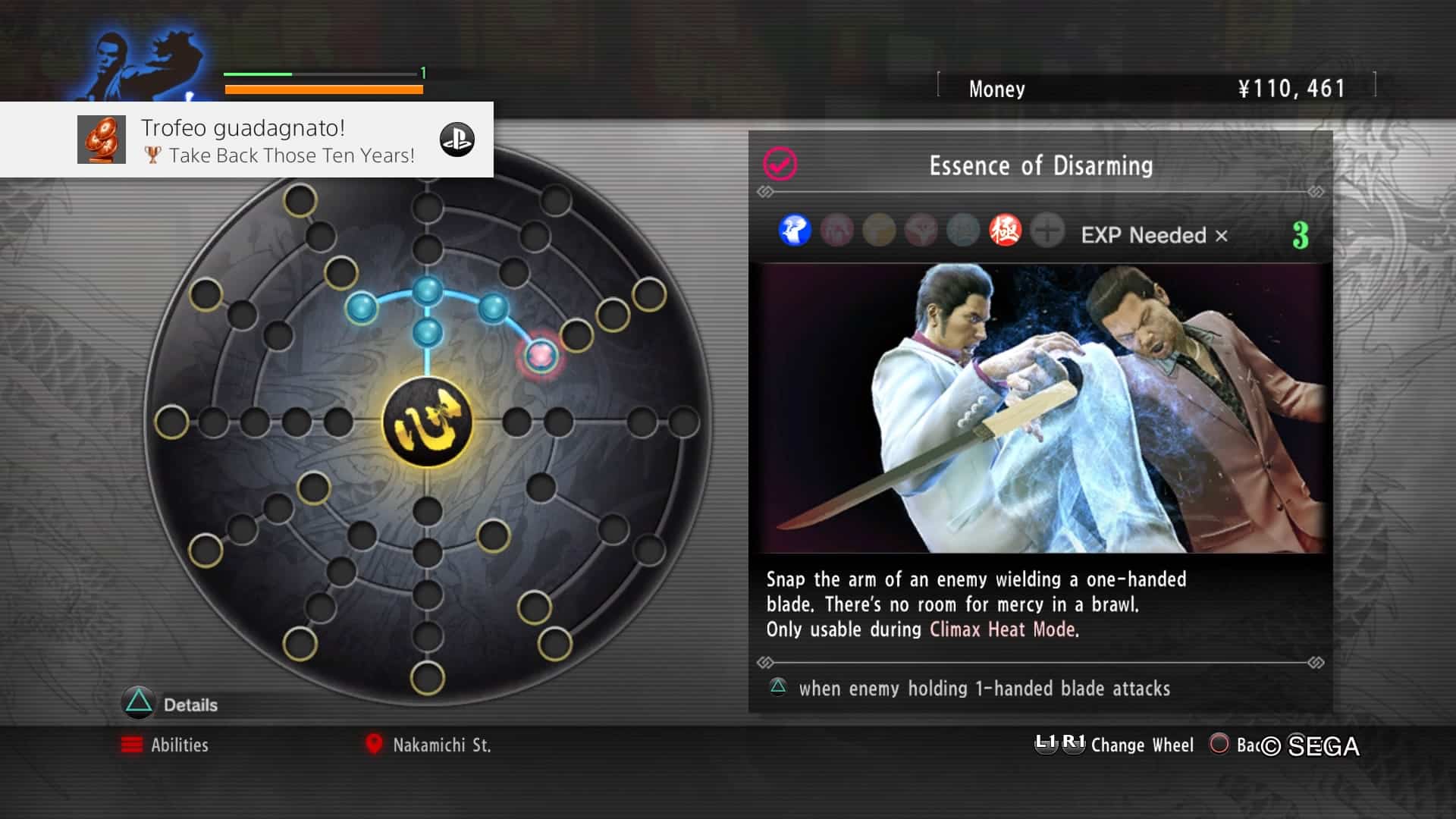 In addition to a catchy plot the game excels in capturing the mood of Tokyo’s nightlife and, as usual, it sports an astonishing graphics where the care for details it took…. well, to the extreme. Face expressions and attires look real throughout the entire game, the audio track (voiceover, I mean) is never out of sync and the direction is always on the spot. There is actually nothing to say: Yakuza Kiwami, despite coming from a dated product, is very close to perfection and, for sure, is more art than a game in many different ways. 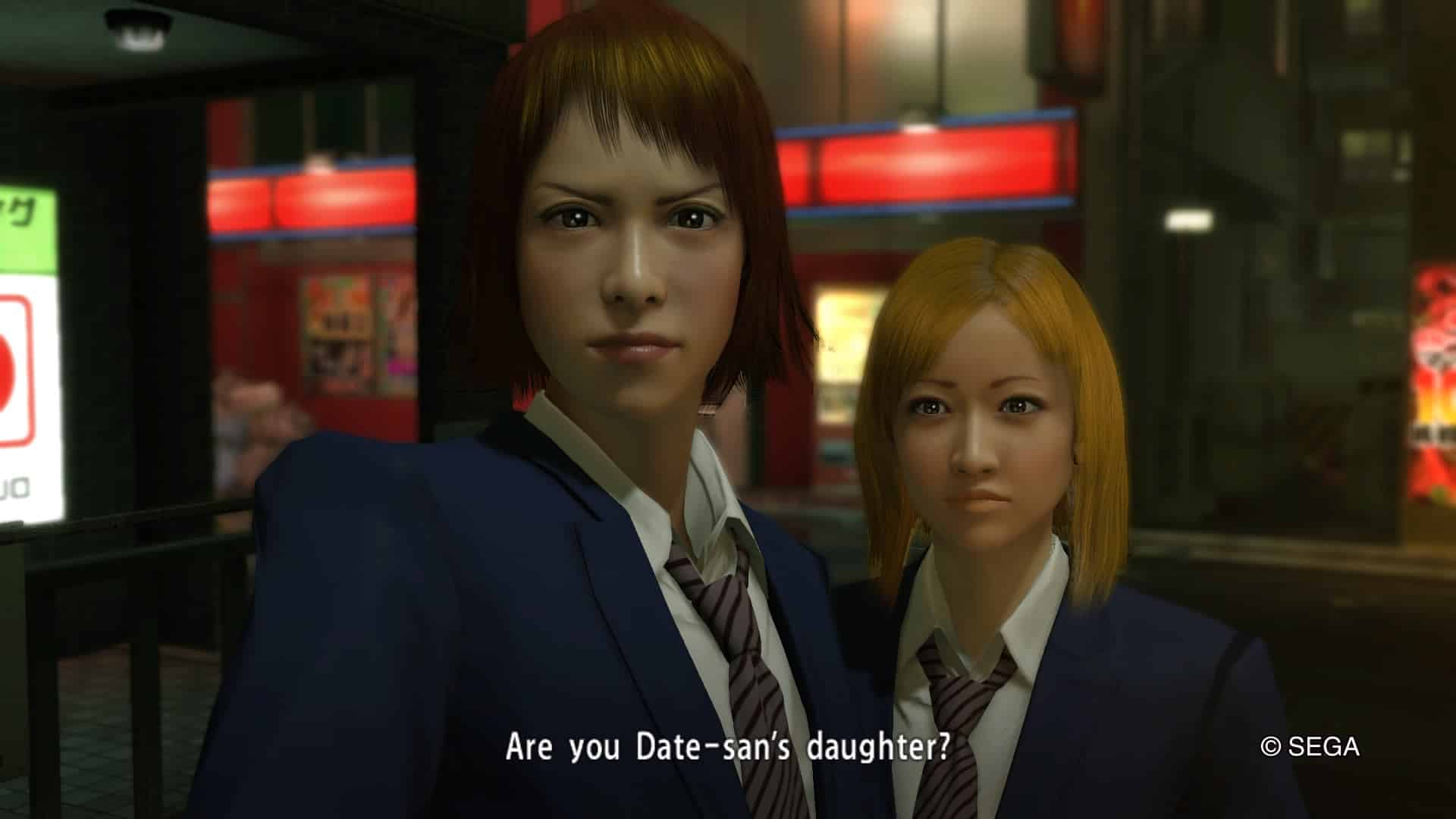 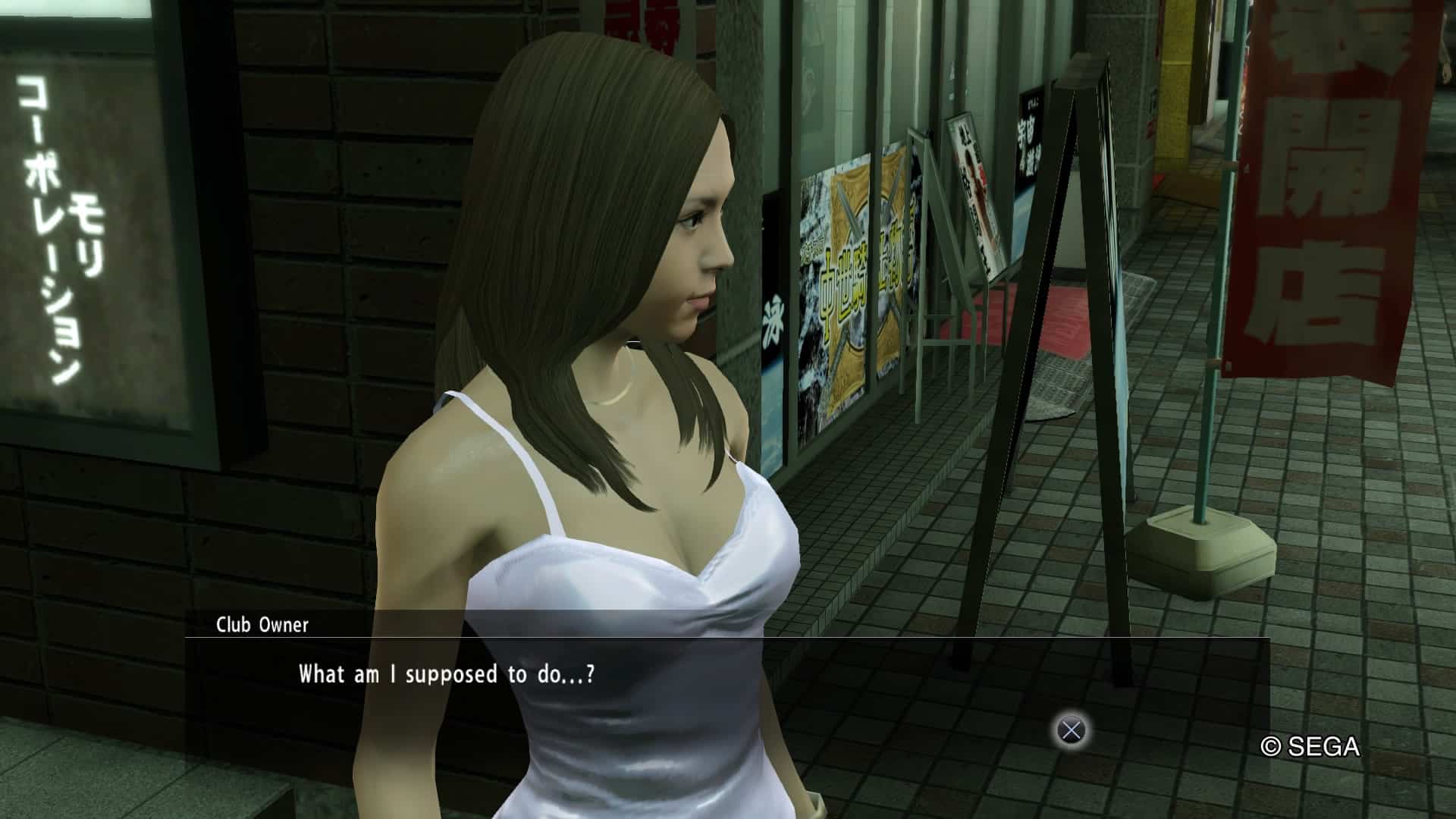 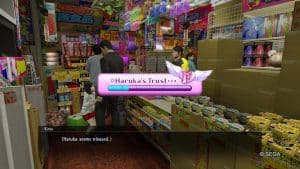 Once you finished the game you still have thousands of things to do, if you wanna strive for 100% completion rate and get the platinum. Just to give you an idea, I fully completed the story but I only reached a completion rate of about 35%… Completing the story will give you access to different features, including the possibility of strolling around with Haruka and taking care of this little child while completing additional sub-quests. In the end, despite its 12 years, Yakuza survived and reinvented itself, thus giving a chance to play it not only to the old-time fans of the saga but also to new, passionate, users.

Watching it with today’s eyes, it does sports a few “idle” moments, where the assigned sidequest progresses at a slow pace. In addition, considering today’s standards, the game world is indeed open but not very wide.

Nonetheless, I keep thinking that this HD version is one of the best made of the last period: it is fun, it is epic and it definitely worths the time you will spend playing it.

3 thoughts on “That’s How The Story Started – Yakuza Kiwami”