I sort of stopped with Loot Crates a while back as they simply take up too much space in my already too crowded game room, but as always there are exceptions and when I saw this Crash Bandicoot crate at the local Toys’R Us, well I just had to grab it, right?

Maybe best of all was that it was on sale for an amazing 70% off which meant that it only cost me like 10 Euro/USD. 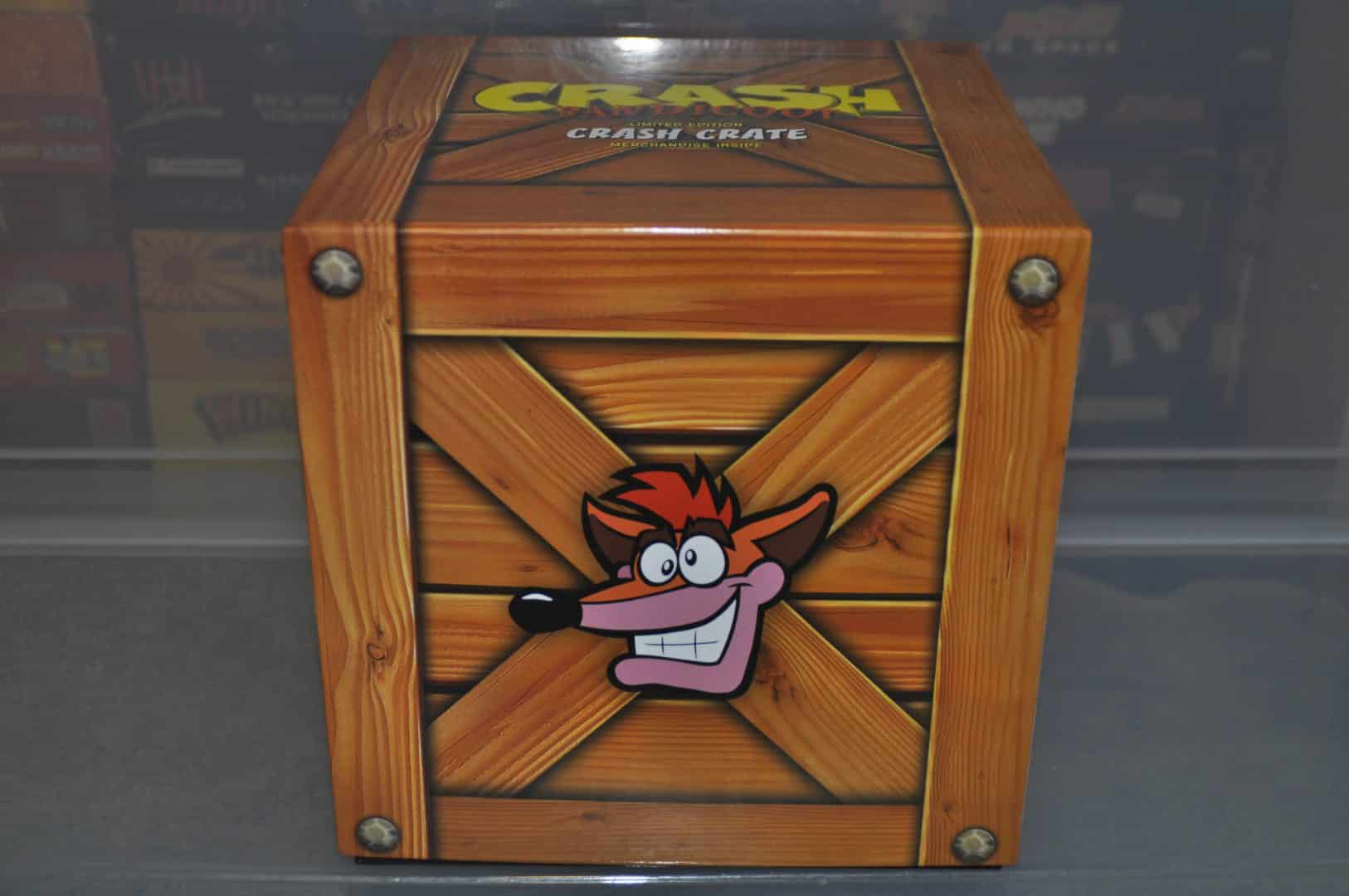 This review is based on this actual crate and the price I paid for it, the reason for this is simple as they went out of production in 2017 and this is the first time I have actually ever seen one (in a shop), Limited Edition seems pretty accurate for this one for sure.

So, what to expect for 10 Euro then? – I must admit that I expected everything to be rather shit. 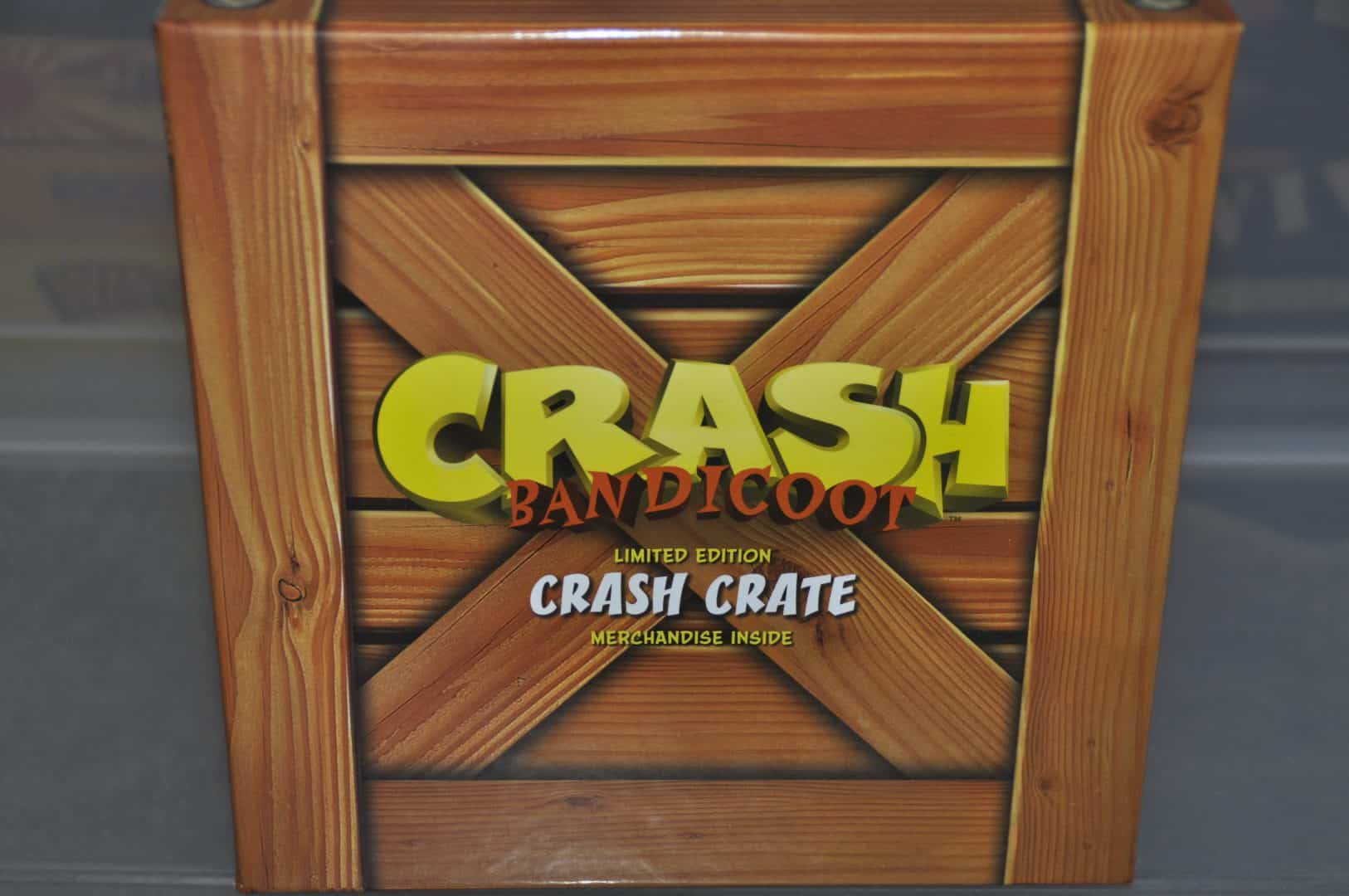 My first reaction when I noticed the crate was – WOAH! , and yes now a couple weeks later I still think the same when i see this huge glossy box.

The backside shows what’s inside and well, i guess it does seem a little childish for a grown man (44) to buy things like this (hello to my Girlfriend) but hey! it’s CRASH BANDICOOT for crying out loud! 😀

I nearly let the box go after my better half made that “but, it’s for kids!” but luckily I went for it nonetheless, hopefully, she won’t stay too mad at me for this 😉

Another thing is that i normally get crates like these for free as promotional stuff for this very website / and or other sites or activities I am involved in and therefore paying for this felt a bit wrong.

I am probably going to get some hate for this but I decided to get everything sealed and I won’t open these items, the reason is that this item might be sold at one point and if complete and sealed then there might be some money in it, well maybe anyway.

It is not that I only bought it as an item to sell sometime in the future but there are quite a lot of people out there who love the Bandicoot just as much as me if not more whom actually got the room for it and put everything in nice display cases or whatever.

These two first pictures show a rather nice Crash Cap, the motive is simple yet one that most gamers will recognize. 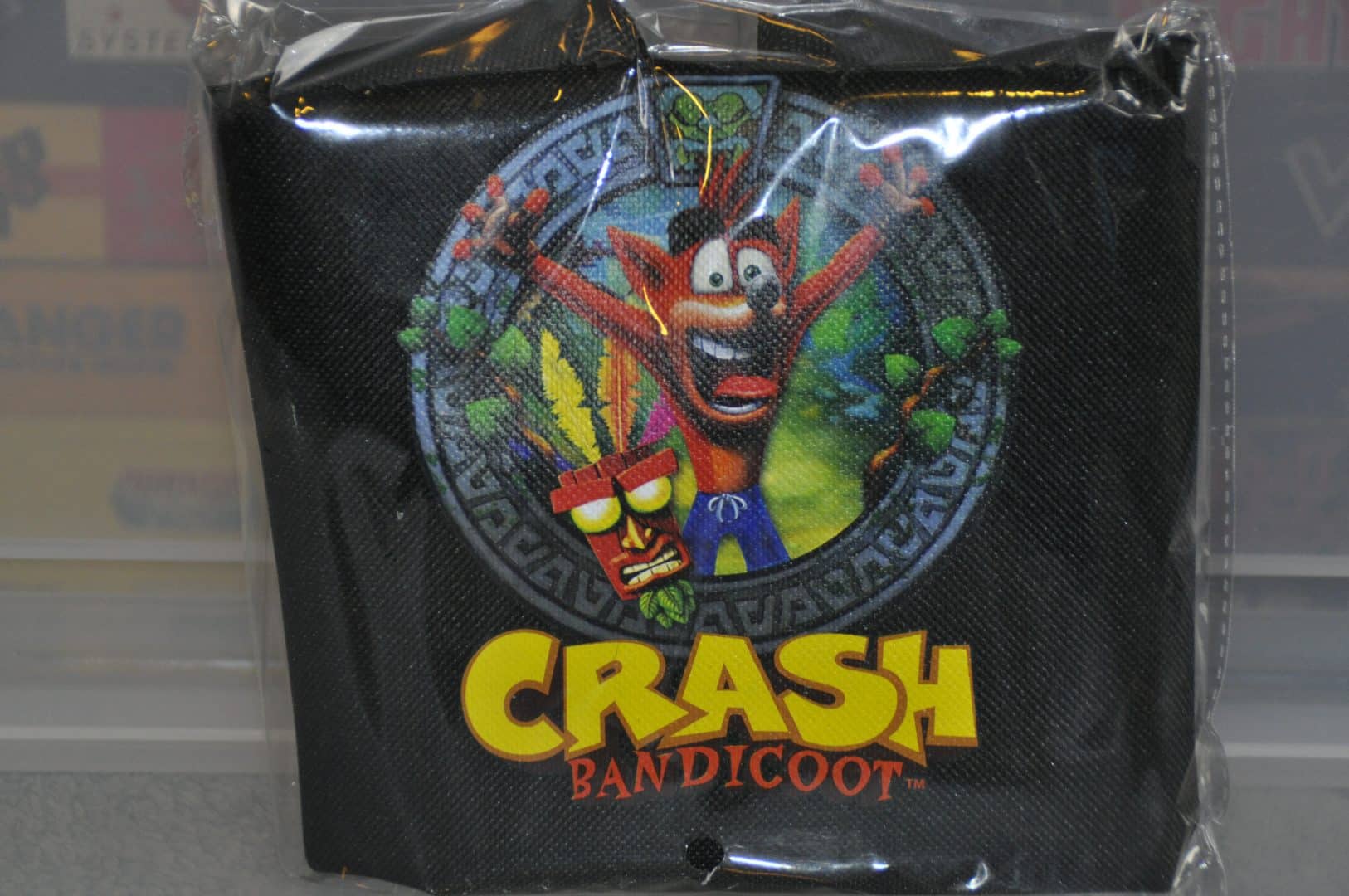 The second item is a Crash Bandicoot Messenger bag thing, no idea about the actual quality of the bag itself but that print does look flashy.

The motive is a bit darker than the one on the next item (wallet). 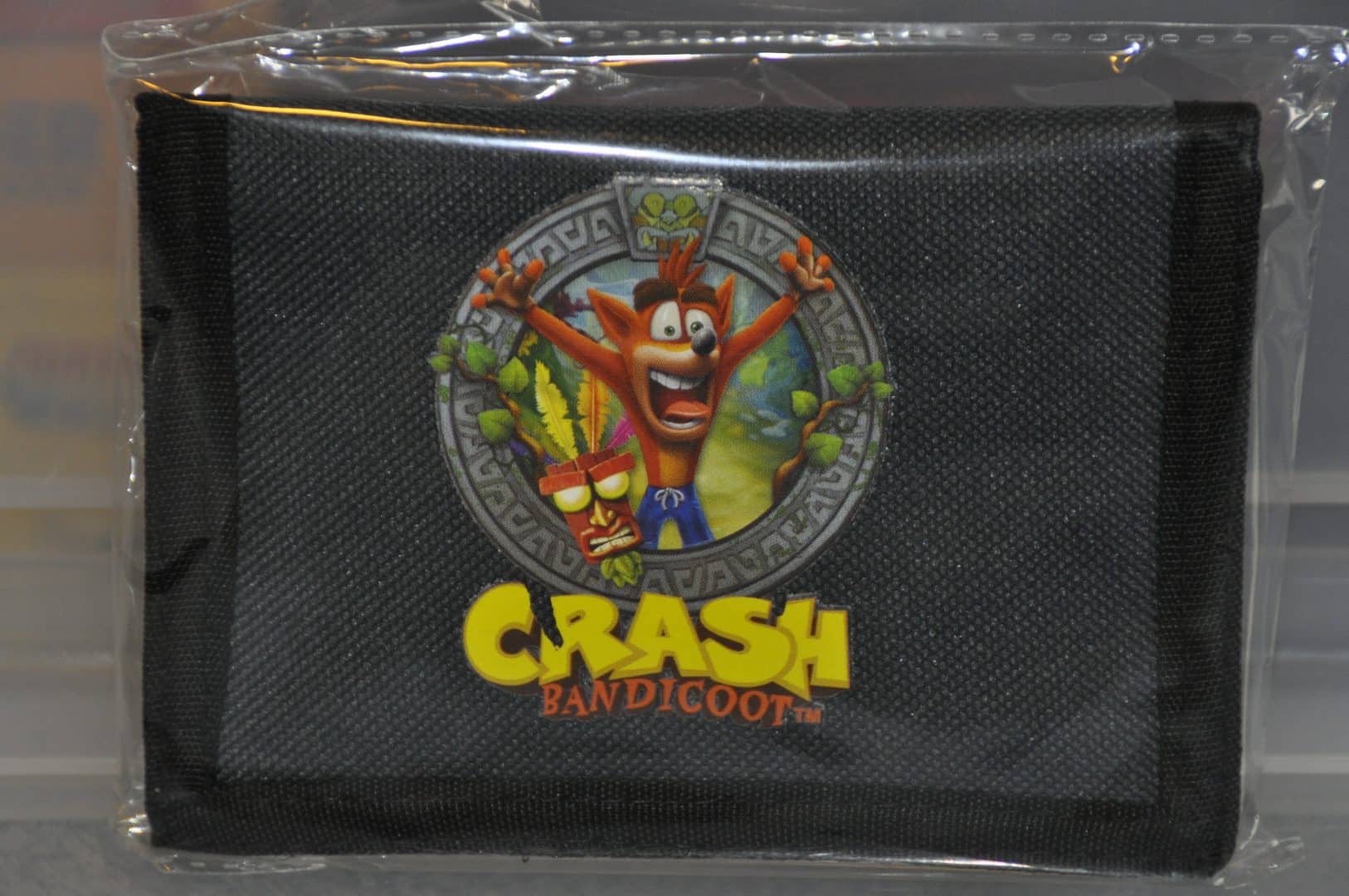 A Crash Bandicoot Wallet! , looks sweet and if wallets was a thing today then I would have opened it and used it for sure, wallets today though is a reminder of the old days before everyone used plastic. 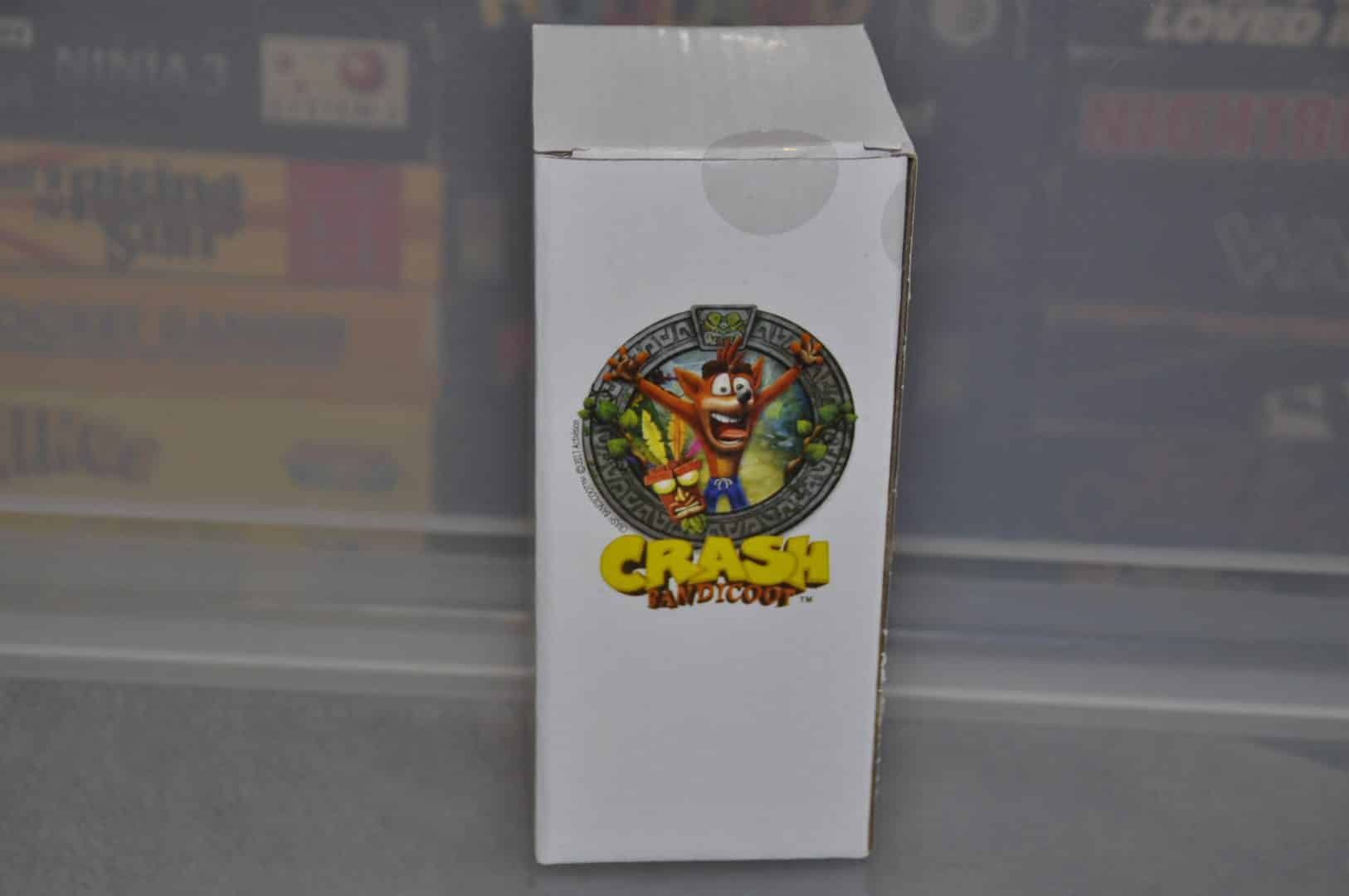 The fourth item is an … white box, well there’s something inside that box really and yup it is a standard milk glass of some sort, all I know about this item is that the quality is really bad and that there have been quite a few complaints about it on the web.

The label goes away if washed in the dishwasher, the glass is of bad quality (cheap?) and so on. 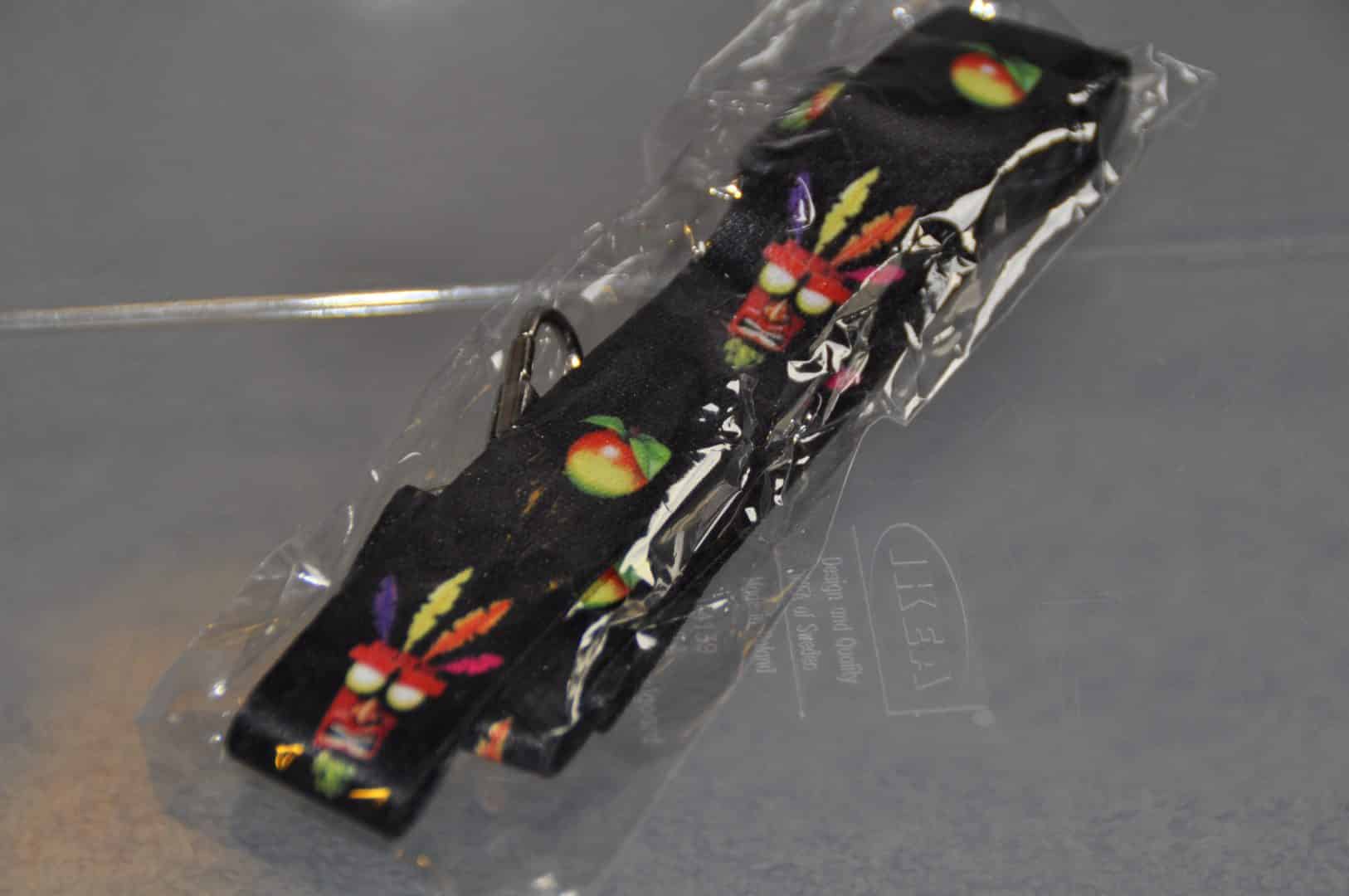 A Crash Bandicoot Lanyard? , Ok well that is pretty neat really and one that i could have used at work but i got a rather nifty Kingdom Hearts one there 😀

Funnily enough, it does look exactly like this one in terms of quality, length and the lock itself, I guess most Loot Crates use the same factory for many of these things. 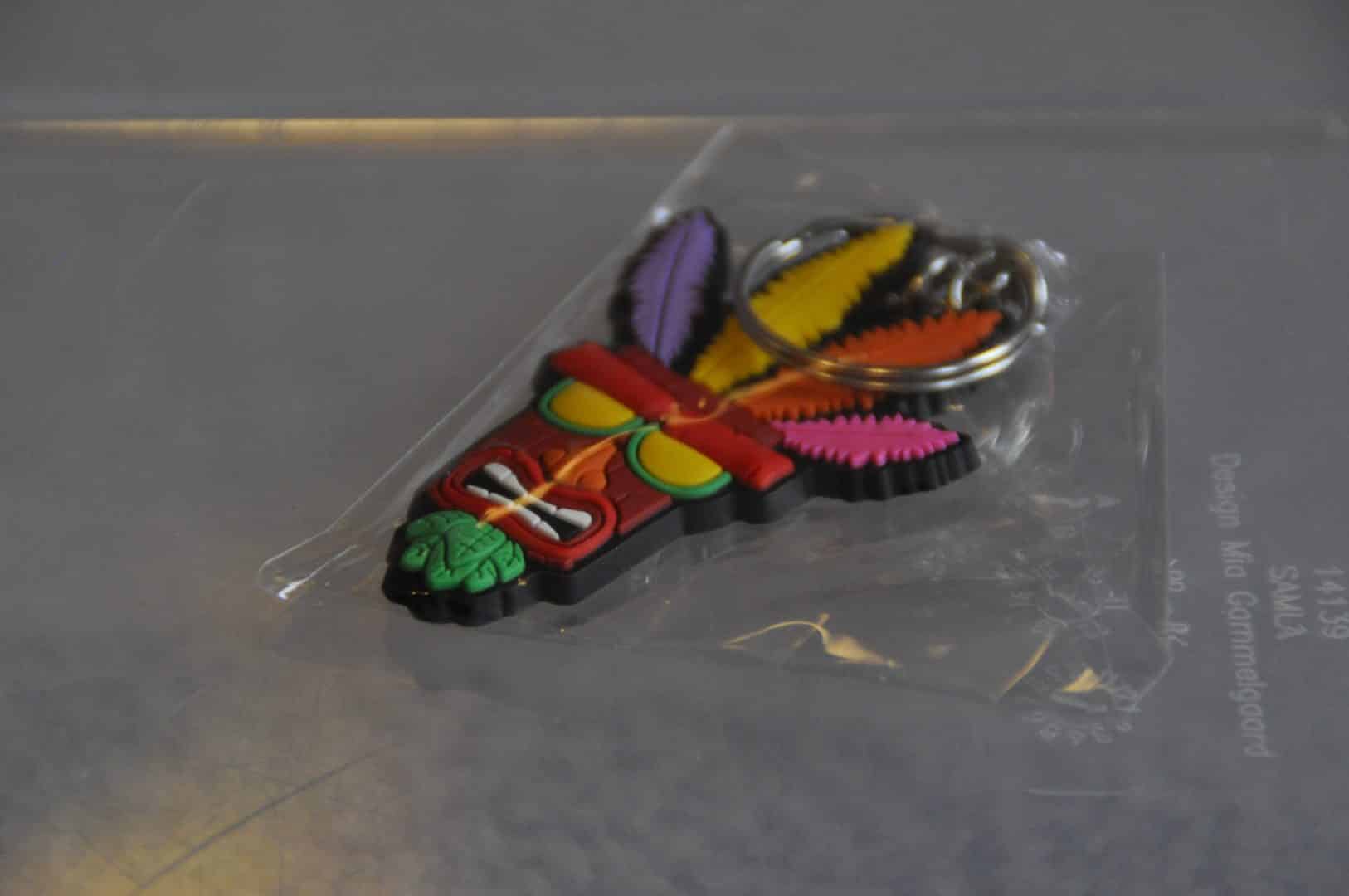 The fifth and final item is an Aku Aku Keyring. The quality is rather good and the choice of colours will make most other items around it look rather pale. 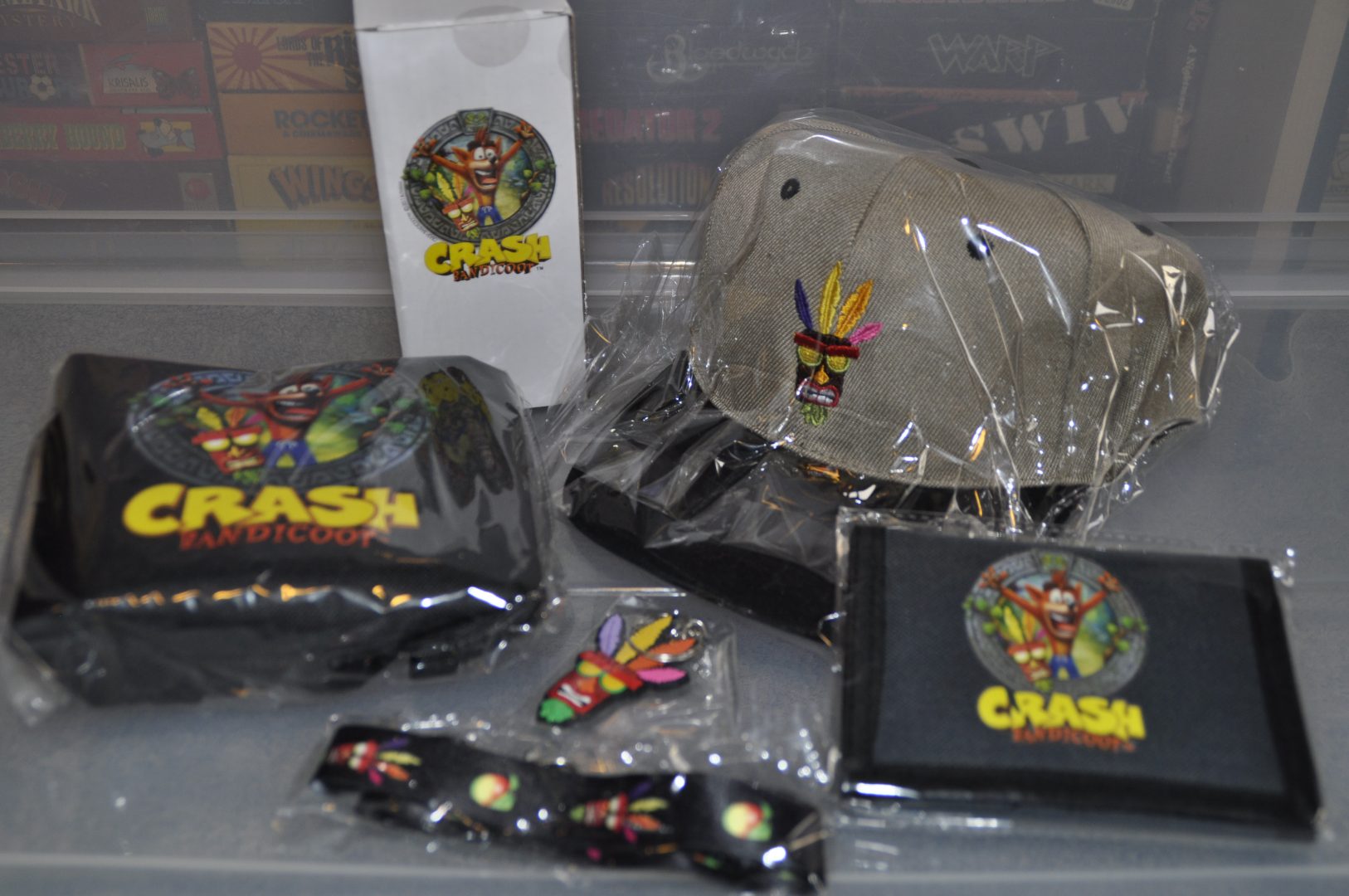 Well, that’s all folks… One huge crate with five items inside and I must admit that i kind of expected more, the best item of it all was the crate itself really. I sort of regret not opening the items and taking a better look at them all but I hope you guys understand why I just did what I did. Overall this crate is better than many other single franchise crates that I have received over the years, but I am somewhat questioning the original retail price (35 Euro/USD) of this item and if this crate was worth anything above 20, I expected to see a T-Shirt and maybe even a small figurine but no such luck.

Do I recommend it? , well let’s be fair and just say that if you’re a big fan of the marsupial then you should buy one if you can find one but if you are just a semi-fan or whatever, don’t bother with it.

Last minute edit: I found a shop online which still got more of them in stock (there are most likely others out there too), feel free to check it out here.