My dear readers, before someone of you kills me on the spot, let me say it out loud: I love this franchise and The Division 2 is an awesome game! Now, having said that, let’s take a deep look into it to see what went well and what, as for any man-made product, could have been done in a different way. Of course, this is just my opinion and not necessarily the right one.

The original The Division came out three years ago, after a long wait during which the game was somewhat scaled down in graphics and ambition compared to the initial promos. Yet, depicting a society on the verge of collapse due to a fairly likely scenario (a full-scale terrorist attack made with biological weapons), it did conquer the hearts and minds of millions of fans, myself included. A lot has been already written about The Division 2, on this site and many other resources over the Internet but, as usual, my reviews only come after a thorough and complete test of the product. Now, with over 120 hours of it on my shoulders (beta included), it’s about time to talk about it.
For this review, I will try to use a different approach, as you might have already guessed by reading the title. 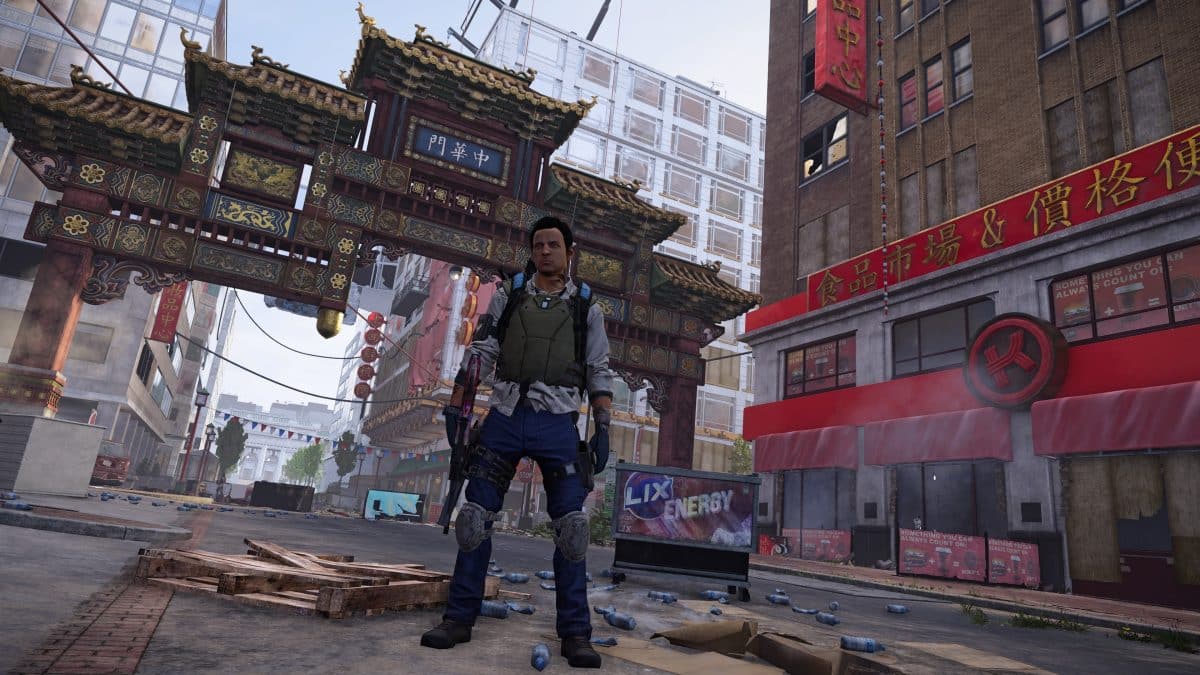 The Ugly
Actually, nothing is really “ugly” in this game, but even though I never expected it to have the superior look of the original chapter’s promos, I still hoped that this time all those textures pop-up glitches were finally polished. I understand that, being this game an open-world title with several overlapped layers built for a transparent multiplayer experience, such task is not as easy on the devs (the guys at Massive) as it may seem to the general player, yet it is very unpleasant to see all those textures building up in resolution while you play and you approach the relevant element of the scenario. The situation on TD2 is very similar (if not even worse) to the first chapter, with the difference that I now own a PS4 Pro…

The Bad
As for the previous point, nothing is really bad, however … The background music is not so present as it was before. The Division had a wonderful OST that I keep listening to on CD even in these days and was persistent in most scenarios. TD2 seems to have it as well (and maybe even better than before), but it is much less present. Maybe it is just me, but when I put the controller down at night and try to focus on what I listened to, only a limited range of tunes come back to my mind.

Secondly, compared to the old New York set up, my feeling is that there is a significantly lower number of buildings you can enter to and explore. Also, although consistent for a city that is a lot less “vertical” than the previous one, I miss those mechanics where you explored up and down the buildings in order to fulfill your secondary quest or in search of collectibles. The new mechanics, although acceptable for the most part, seem to have taken away part of this kind of world exploration.

In addition, the blinding effects while entering a building is maybe a little bit too stressed, making really difficult to spot enemies in that stage and thus turning you into a sitting duck. I do understand that these mechanics add pathos to the game, but if you are alone and facing certain kind of missions you are guaranteed to have some hard time.
Finally, the night is indeed darker here, again making very difficult to spot enemies in the open world. The radar-impulse skill has a very limited range and, unlike TD, I find it useless (better watch the minimap, although it is less precise).

The Good
And now into the best part … Having dealt with “the ugly” and “the bad”, let me now tell you that “the good” is actually … outstanding! Washington, DC, has been recreated in a perfect way. The new version of the SnowDrop Engine, exception made for those texture pop-up I mentioned before, really turns the city into something alive. If you search the net for screenshots you will find millions of pictures of real in-game scenario (not promos, but the real stuff captured during actual gaming sessions) taken with the in-built photo-mode. 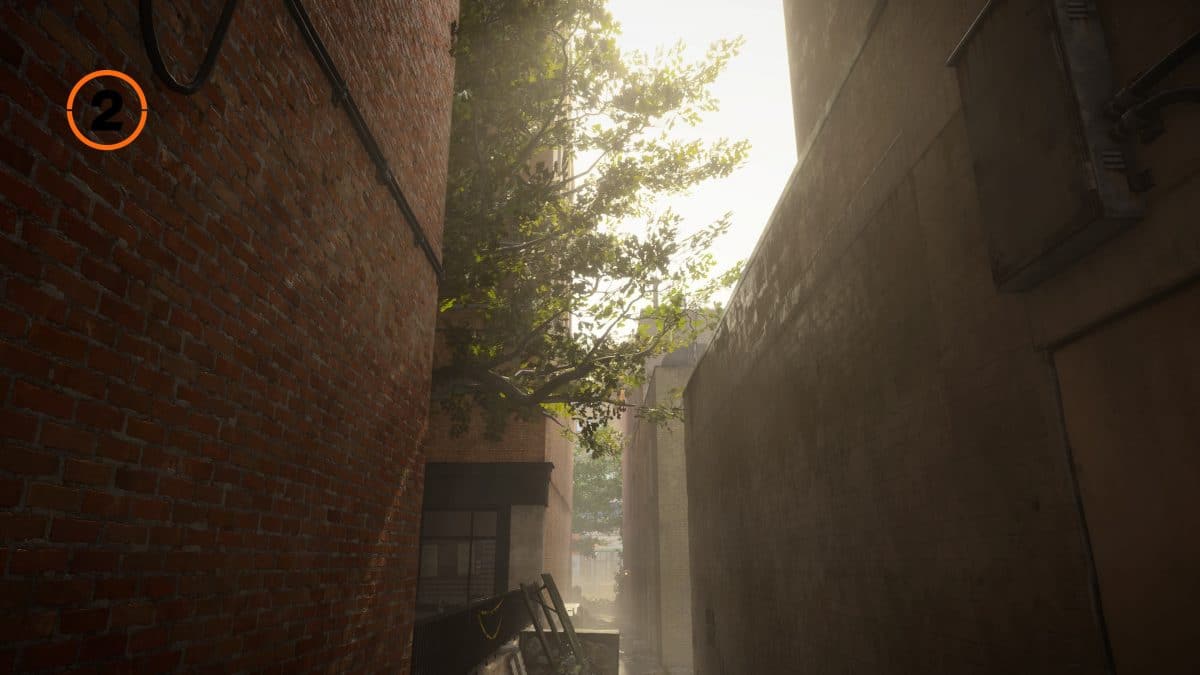 I didn’t post mine (except the one above) because I am a really bad reporter, but those pictures look more real than reality itself. Unlike New York, where nothing was left to do after your main and secondary missions where completed (Dark Zones and DLCs excluded, I mean), here the population is actually re-organizing the civilization in camps, settlements and control points. 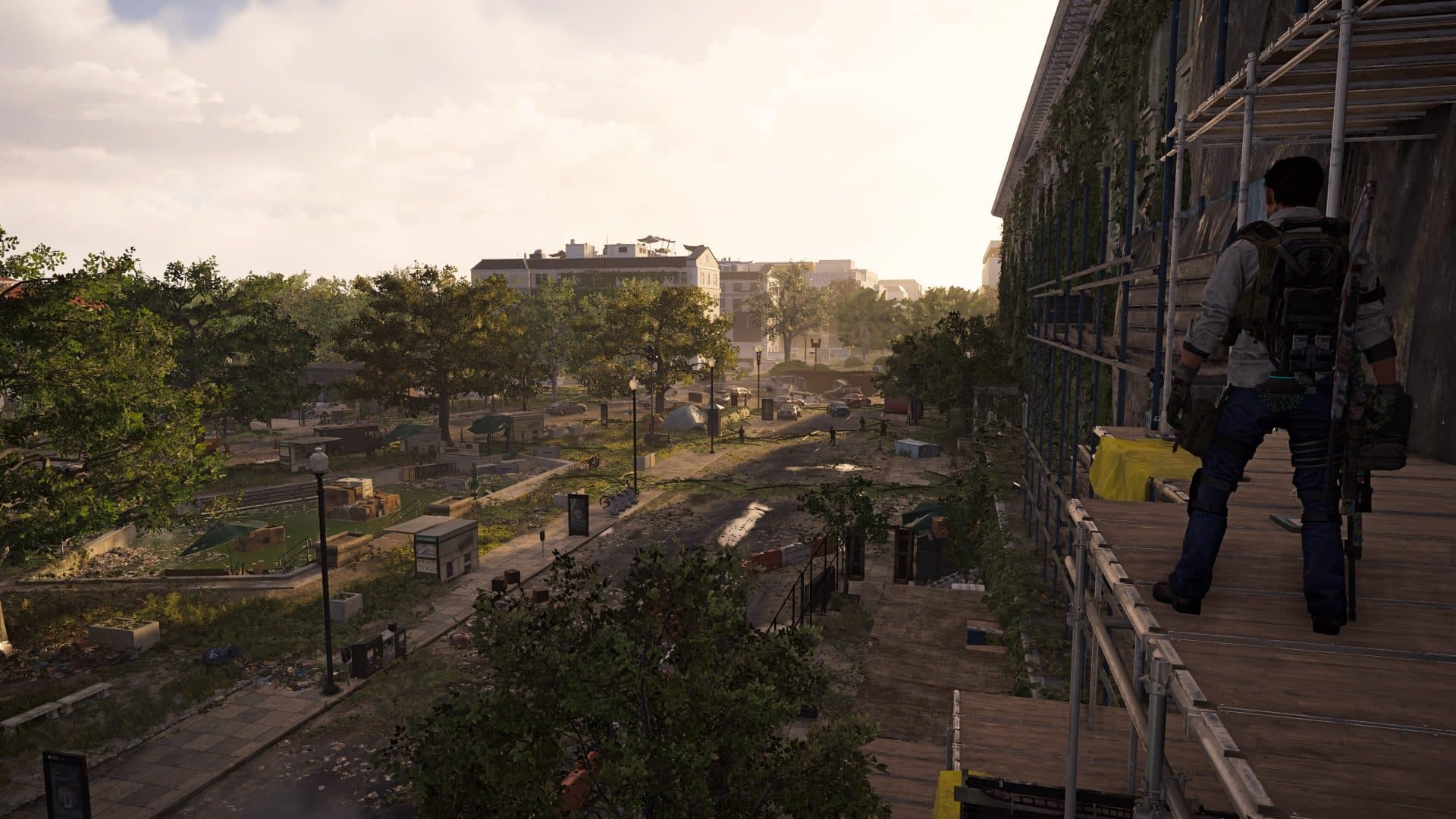 Those features need to be conquered first and continuously defended afterward, so there are always good citizens patrolling the street in search of supplies (they need to be defended) and there are organized crime bands trying to achieve the same results for themselves (and they need to be neutralized). As I wrote in my beta review, storywise seven months have gone by since the initial outbreak of the Green Poison during that damned Black Friday in New York. Therefore, those bands are now very skilled and act in a paramilitary way that will really put you in front of a real challenge even during “simple” world exploration. Actually, one of those gangs is paramilitary in the true sense of the word and can make use of superior equipment. Despite Nature is now blooming in Washington, waking down its street will never be a simple stroll. Collectibles are still present, but they don’t necessarily need to be retrieved (they are not trophy-related). Finding them will shed more light on the story, but what makes the difference here is that they can be found also inside main and side missions which, by the way, are much more articulated and differentiated than before. Trophies aside, I really had fun exploring the game world, since I did spot some nice stuff, a self-portrait of Vincent Van Gogh included. Very nice, UBI!

A very nice feature added is that your equipment will be automatically “normalized” when joining a party, meaning that all players will be upscaled in statistics to the top-most player. These mechanics allow for a much more leveled experience since every match will be actually calibrated in a more balanced way. When I played the original chapter it was actually difficult to face and manage a mission where I was, say, at level 26 (and so where the enemies), while my companions where at level 5: I had to spend most of my time looking after them and reviving them all the time, since a single shot was often an instant kill for them. Also, unlike TD, there are now 3 different Dark Zones, each one with a different setting and increasing difficulties.

After you complete the game the fun is not over, even though you don’t want to bother with the add-ons. The city (and the main missions) will be “invaded”, meaning that they will need to be freed again from the new invading faction, the already mentioned para-military unit knows as Black Tusk. Also, “specializations” will become available, as we already covered in the beta review.

In this new world, crafting items and weapon seems much more important than before, especially when facing a Dark Zone. On a daily-based rotation, also one of the DZs will be invaded, adding a whole new level of challenge to the game. Finally, an enhanced “Conflict Mode ” and new support for team battles of 8 players (per team) have been added, making TD2 a game suitable for every player’s need.

In the end, The Division 2 is a product that fully complies with what it promises to do and that is perfectly consistent with the twists and turns of the first chapter. For some reasons I keep preferring New York over Washington, maybe for its set-up and expanded universe, magistrally depicted in the “New York Collapse” book by Alex Irvine. Even Washington, though, has a lot to say to old an new players, and Alex Irvine did it again, publishing a new book (a novel, this time) that will keep you glued to the pages in order to discover what happened to April Kelleher. The Division 2 is constantly updated and “true” additional contents are planned for the next year or so. There’s only one thing left to say: Thank you Ubisoft and thank you Massive!