Want cheap meat, alcohol and Tobacco? Well, we all do right but for people living in Norway, the easiest place to go to would be the Swedish border, a place where you can find literally everything you need for (often) very cheap compared to the overpriced stuff you normally find in Norway.

These places tend to be a bit boring for gamers and such as long gone are all the game shops and so on, well that was so until now as they have all out of the blue opened an Arcade hall in the largest shopping centre at the border, woohoo!

I had heard rumours about the place but was somewhat unsure if it was an actual arcade hall or if it was randomly placed arcade machines in the shopping mall like we use to have back in the day.

The arcade is placed more or less in the centre of the shopping mall called Nordby Senteret, ground floor.

The arcade ain’t big or anything but there are like 10 machines there and while most are STAR WARS BATTLE POD units it is still a breath of fresh air to visit the arcade and there was especially 2 machines there that gave me goosebumps.

Let’s take a look at it.

It was these two machines, both based upon the same cabinet and are listed as DOME SCREEN Games, MachStorm and Starwars Battle Pod by Namco.

More info about these things is on their website… 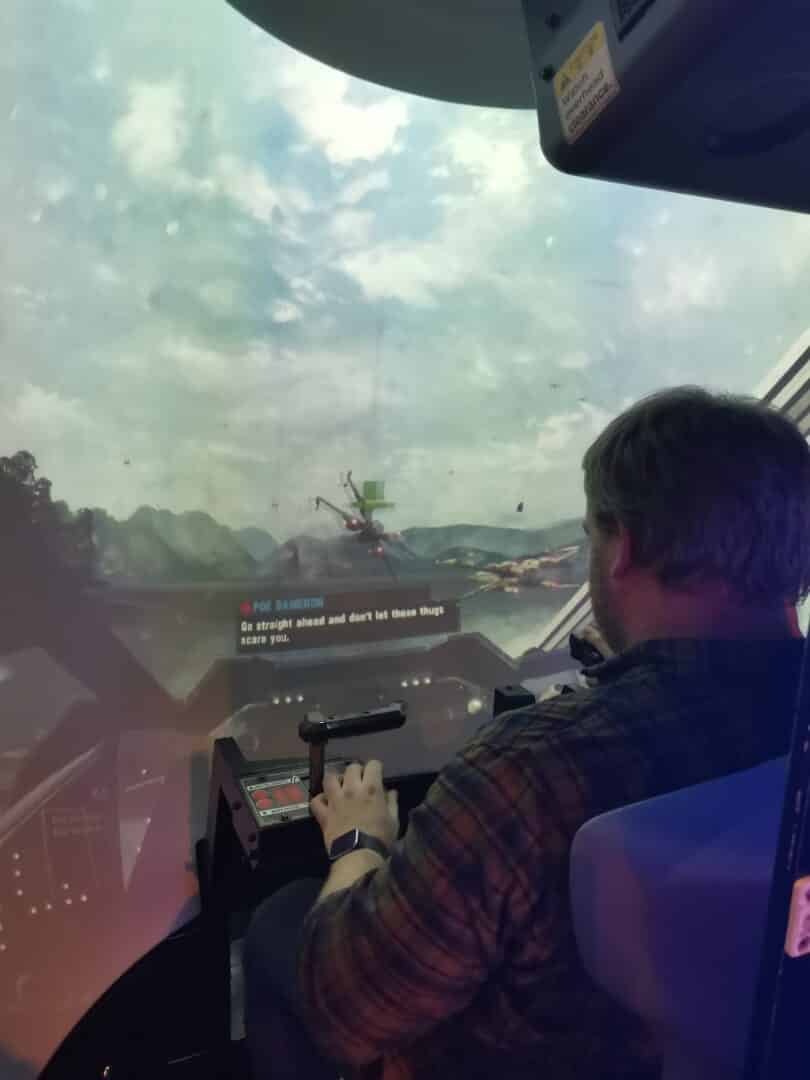 Here you can see my good friend Tindis (nickname) playing Star Wars Battle Pod Dome Version, you can see more of him in the video later in this writeup.

The game plays fluidly on the huge screen and it is actually just driven by a projector+computer above the player so I’d first thought it would have been a crap experience but all in all, I liked it quite a bit (Tindis too). 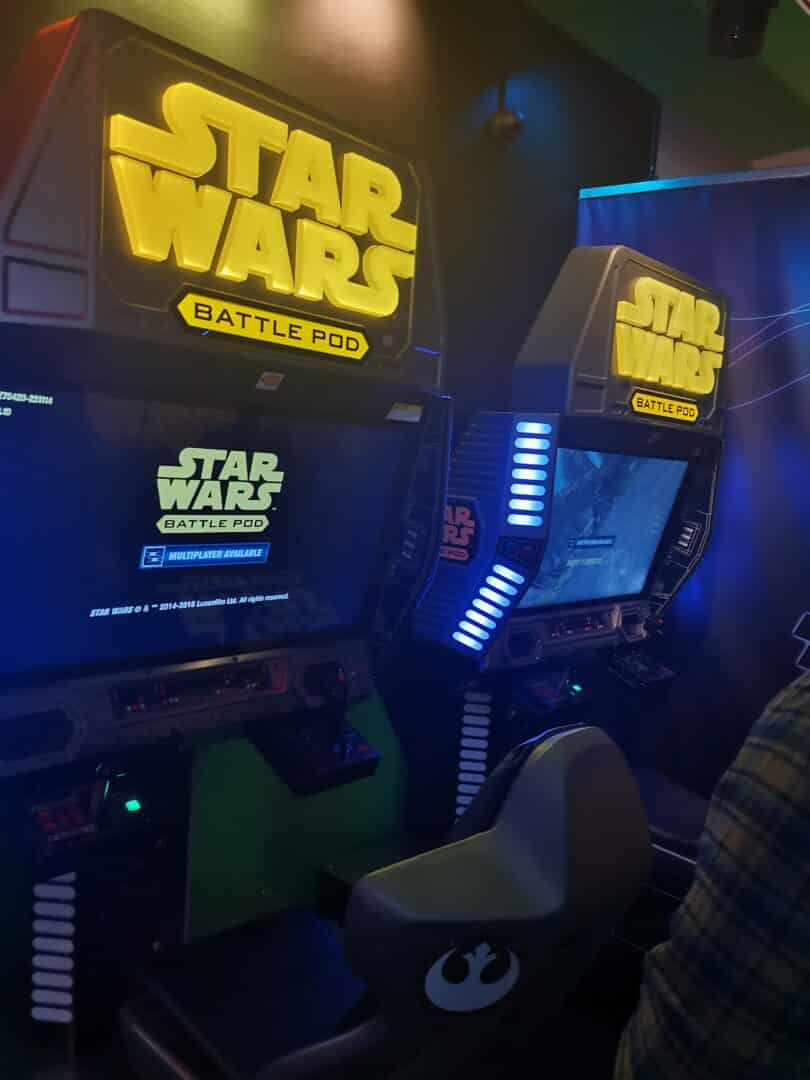 There was also 2 of the more common Battle Pod machines in the arcade, not as special as the DOME version for sure but still a nifty game to play and yup this is multiplayer enabled too. 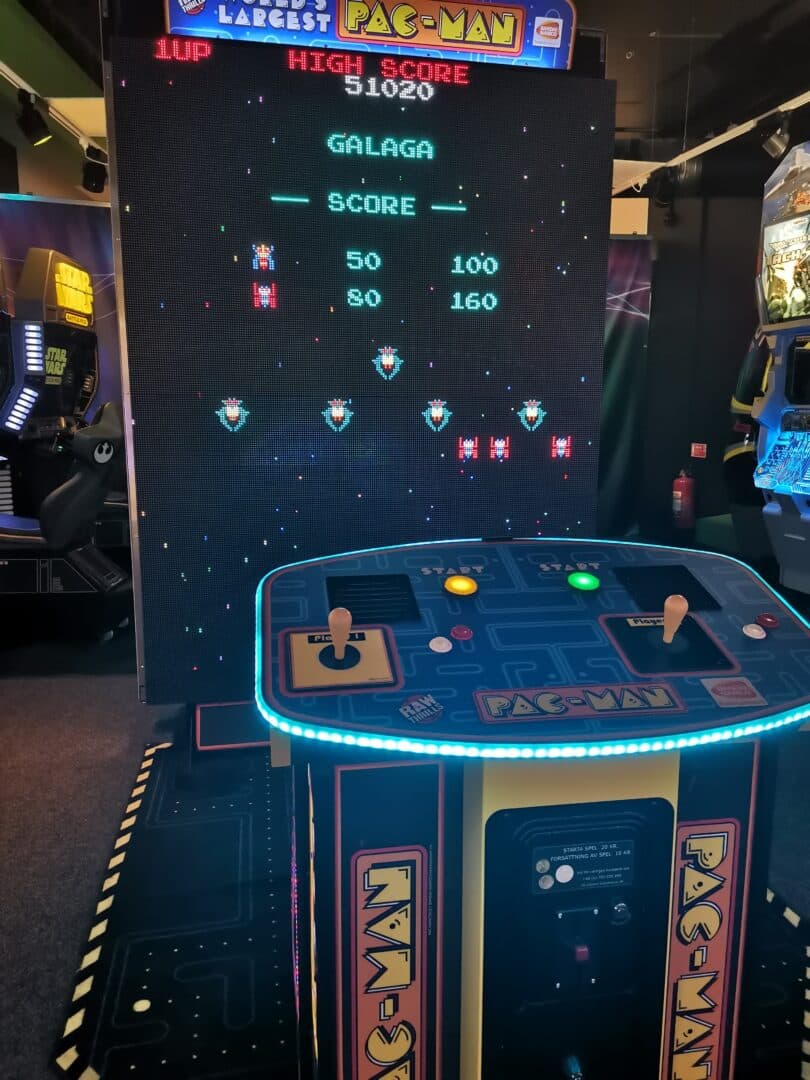 The Arcade also got this huge PAC-MAN machine which goes under the name “World’s Largest Pac-Man”, that said, I tried it and found the joysticks to be awful and way too loose for such a precise type of game.  Way cool to look at but really bad to play on (I made it to the 6th level before I just wanted to throw the whole thing out the window due to the loose sticks).

The game also had Galaga on it, didn’t bother to try it due to the quality of the sticks.

Over to some cool stuff instead of that Pac-man coin eater crap.

Next up was one I have talked about on here before, Deadstorm Pirates Special Edition. 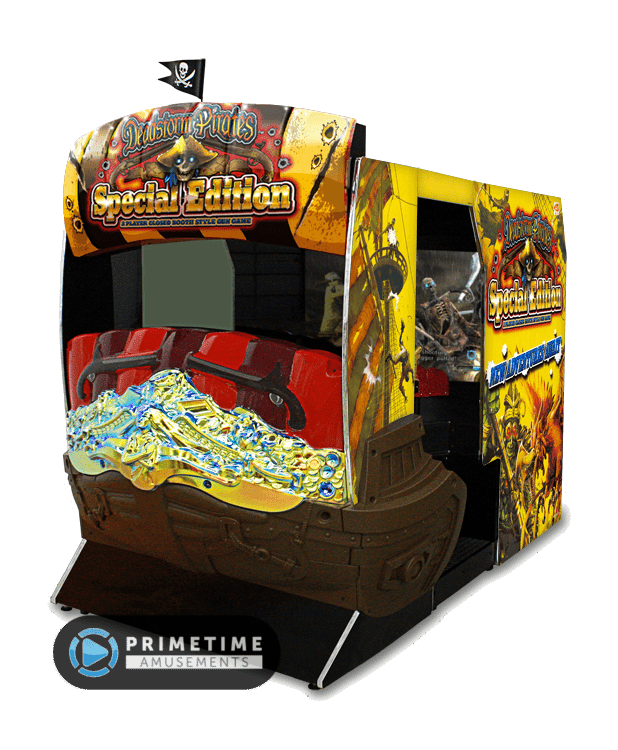 That said, want to know more about it then check the link to my other article from a few years back (look above for link).

The Arcade also had two of these SuperBikes 2 machines, not exactly a game I wanted to try but if I had brought the kids here then they would have loved to try it for sure.

And the final arcade machine in the Arcade was… 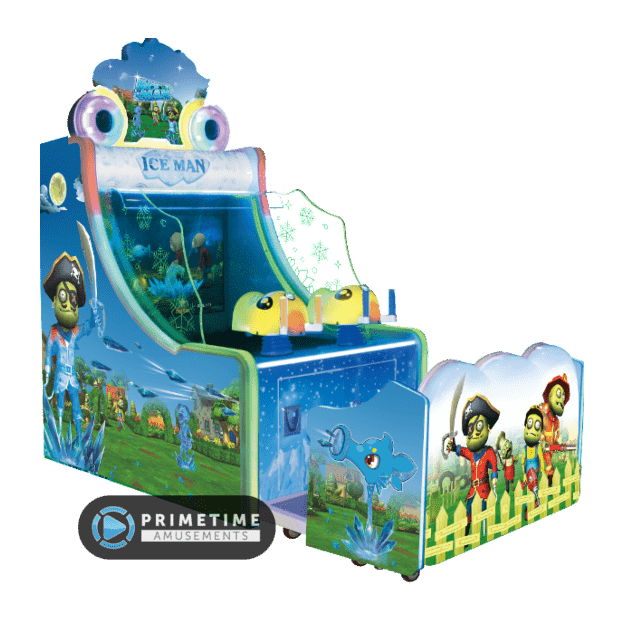 A game called ICE MAN and regretfully I did not try this one out, only had a quick look and had to go before I could try it. It looks like a Zombie shooter where you actually shoot water on the screen (WTF?), See vid for more info.

Below is a quick look around the arcade.

In the vid, you get to see all the machines, sorry for not making a longer and more detailed one.

Hope you enjoyed the tour and that you will go there one day, was well worth it for me at least, thanks for your time.