Urban Trial Freestyle developers have mixed various concepts and created their own game style but instead of crafting a really good game with the best bits from other games they managed to screw it up in terms of what the gamers out there wanted.

The game itself is fine as long as you don’t expect a Trials or Joe Danger game as this game is nothing like them except for the viewpoint and main concept, this game is more like the Kult classic game Kickstart and Kickstart II from Magnetic Fields. 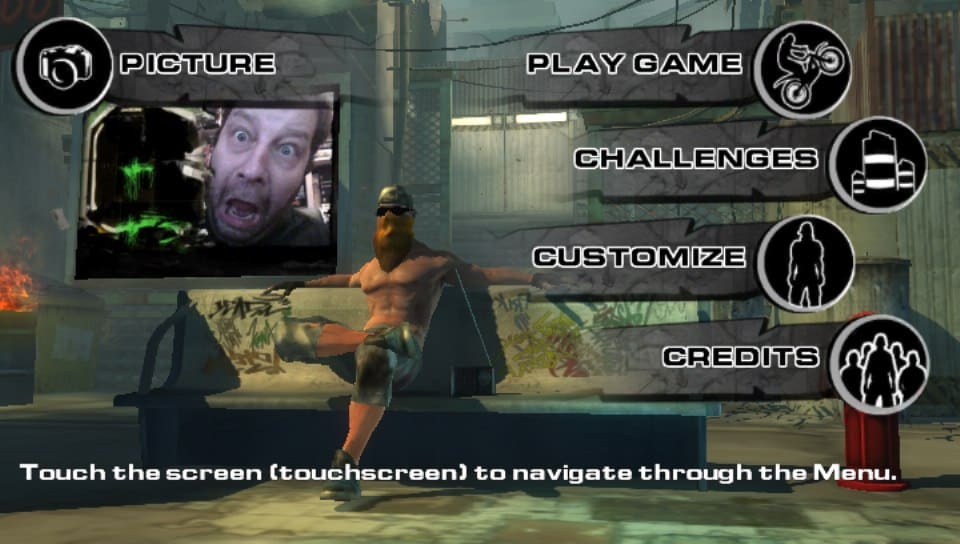 If there is one thing this game does good then it has to be the features, camera support, challenges, customization, upgrades and the main campaign thing, it also has a totally meaningless opening video for some odd reason (well obviously its there because of the setting but i hardly does anything else than take up space IMO).

Training and general instructions and the first thing you will notice are how hard the game is, a few levels later it gets extremely hard and towards the end even harder so don’t expect this game to be an easy trophy whore game as it ain’t even if the trophy descriptions look that way. 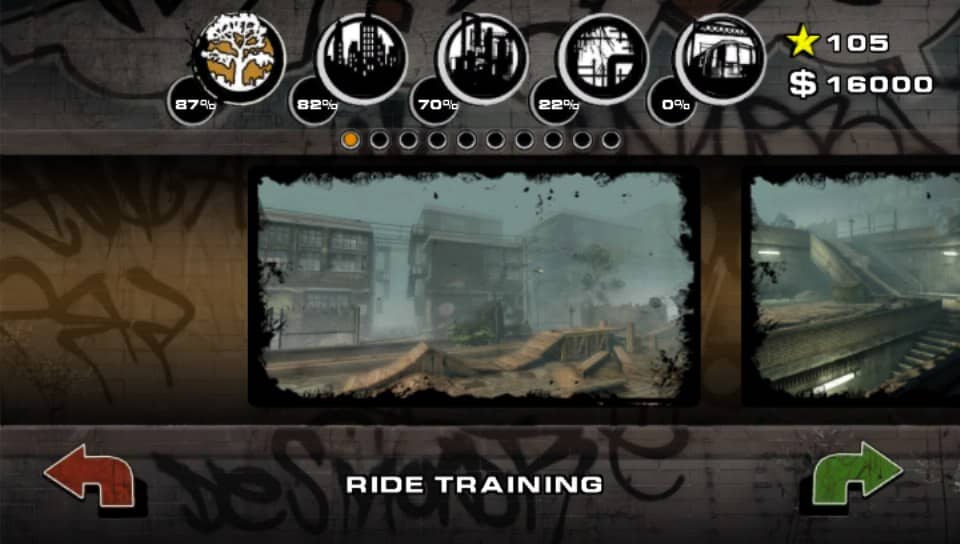 You have to complete a level in full style and speed if you want to get them 5 stars and the money scattered around the levels, oh and you need those stars to progress in the game and the money you need to unlock new bike parts like engine upgrades, tires and such but thank god for one feature and that is that you can upgrade your bike and then go back to older unlocked levels but sometimes it won’t help much due to the complexity and bad track design. 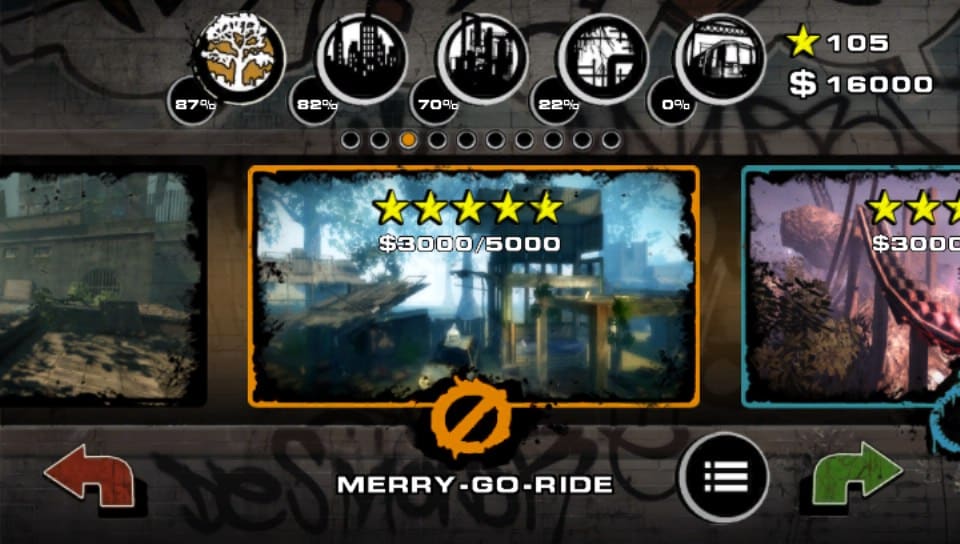 Ghosts update while playing is a neat feature and its fun to see others race as you can learn a lot of how to handle the bike on the specific ramp and so on.

Yeah!!! a trick!, but that’s just a backflip and its one you can do for fun (same with Front flip) but its not exactly a reason to why you should do it and its the only 2 tricks you can pull off and this is why i mentioned Kickstart and Kickstart II from the old days and how it ain’t like Joe Danger and Trials. 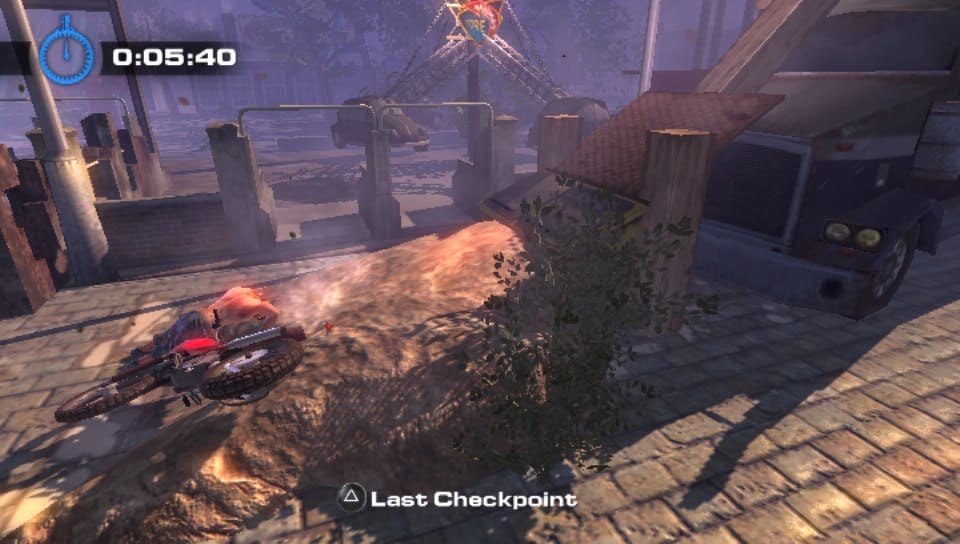 You will see this “trick” a lot, yup its a face plant which happens most of the time when you go to fast or too slow or try to do a flip, its not a bug but a feature and its supposed to be hard, Kickstart games was also hard but i can’t remember if it was this annoying or unforgiving as this game.

Kickstart and Urban Trial Freestyle has a lot in common actually, it’s a side-scrolling trial game where you have to drive as fast as possible without doing tricks (more or less) unless its a special place or it from A to B, go fast, go slow, tilt your bike and so on. 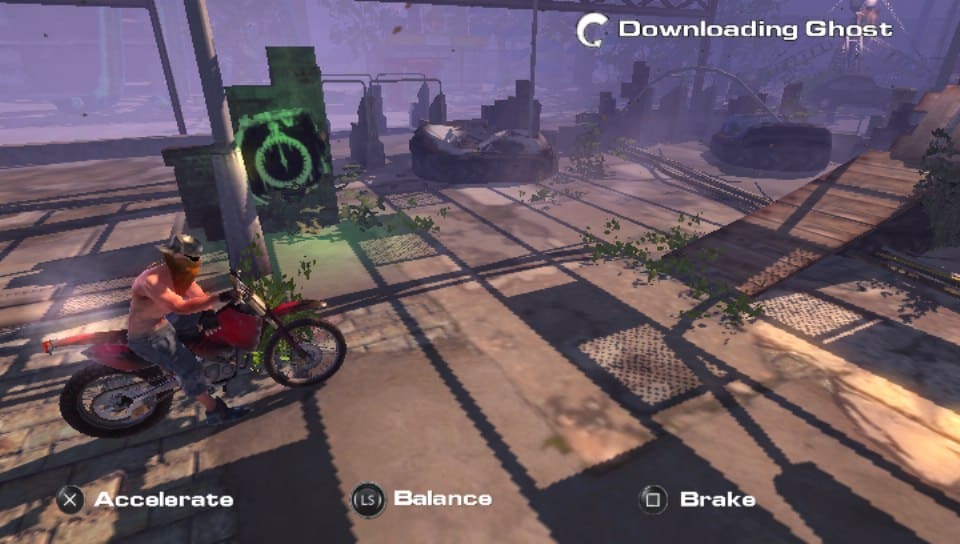 By the way.. this picture was taken just before doing a perfect face plant…

Another great feature with this game is that there is next to no loading times when it comes to the actual retry/restart race process and that is great because you will have to do it a lot, screenshot above is me doing a near perfect run and when you manage to master it then the game is kick ass good. 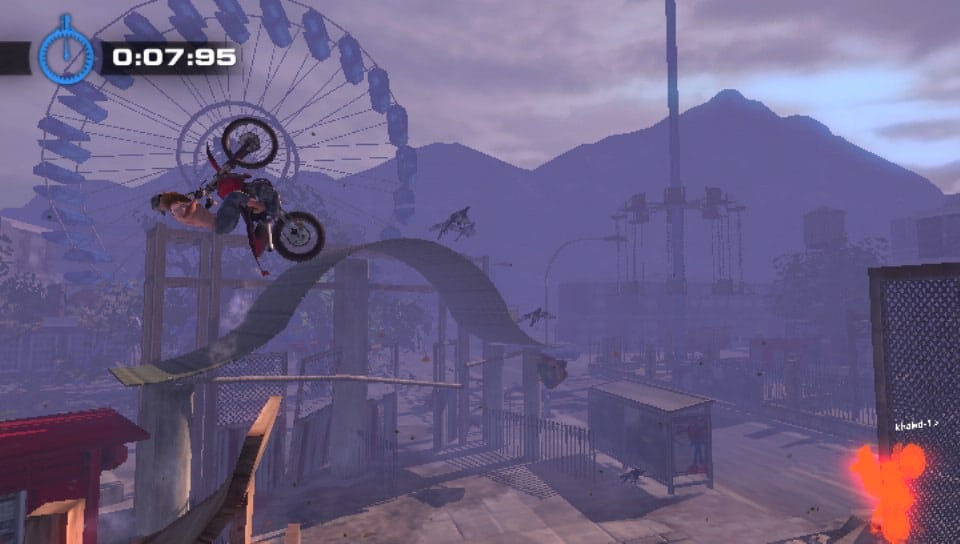 The game has various locations where you get style points if you manage to pull it off, stuff like long jump, land on a certain place, high jump and speed. 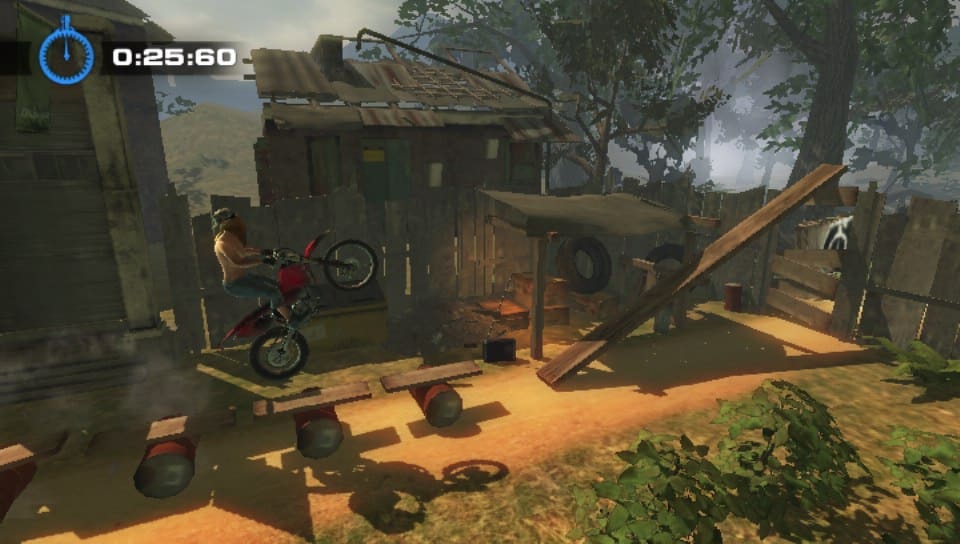 Ghost feature shown here, you have billboards posted around the levels where you see their avatar and score, neat feature and funny how this got approved as i am certain that there will only be a matter of time before you see “dicks, asses, fingers” and so on pictured instead of a face.

Graphics in the game is ok, there ain’t any slowdowns or problems like that and handling seems ok when you get used to it but this game is ruined by track design and general game design by making it way too difficult.

If Kickstart on the C64 or Amiga was your thing back in the day then you must try this game as its similar in many ways but keep in mind that this game has old school type difficulty and unfair.

The game is on both PSVITA and PS3 but it’s not Crossbuy so already there it managed to piss some people off.