I have had this game since it came out back in 1991 and yes i am well aware of it has Sonic in it, but there was one thing that i did not know before now, and that was that this was Sonic The Hedgehog’s first appearance in a computer/console game.

The game is, of course, The Adventures Of Quik & Silva, yes the platformer which had like a gazillion stole cameos in it, Mario Brothers, Katakis, Giana Sisters, Tower Toppler/Nebulus, Bubble Bobble and yes even Sonic was in it. 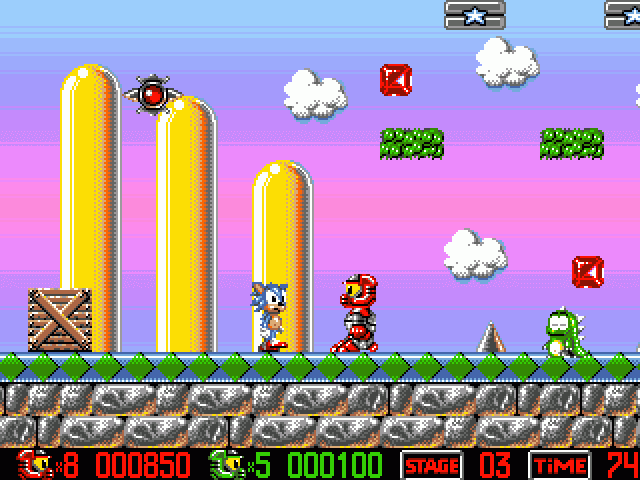 Most if not all cameos were from “older” games, except for Sonic which was not released yet, Quik & Silva came out a whole month before the first Sonic game was released in June 1991.

So how did we find out about all of this then? well, check out the very enjoyable video below. It is a very entertaining video by Larry Bundy Jr. – It is a few years old now but someone on Facebook linked it a few days ago and i just had to do an article about it…

The other thing the game was well known for was, of course, the soundtrack, the legendary Chris Huelsbeck did a kick-ass job with this game and is one of the best things with the game.

Yes, it is still very popular, new edits and remixes pop up on the internet every now and then and one of the best ones that i know of has to be this youtube one below…

Quik & Silva was more than just cameos and a kick-ass soundtrack though, the playability and design of the game quite good for its time and format, everything just worked and while not very technical it certainly did a lot more than it’s competitors at the time.

I will now fire up my CD32 and have a game of Quik & Silva right away methinks, thanks for your time.