I started this article back in March/April but so many things happened at that time that writing for the blog went on the backburner sadly, the funny thing with this though is that this was initially going to be an article about the free digital download version which has since then become a full physically boxed release from APC-TCP in cooperation with Retroguru and the developer Cosmos designs.

The game is a pretty straight forward platformer with roots on the C64, Fred’s Journey is actually an Amiga version of the two first Fred games it seems and yes this Amiga version started its life back in 1995 but was never finished(?) and released.

The game got released at Revision 2020 and was part of the game dev competition where it ranked second place. This version is available via Pouet.net.

Luckily for us collectors, there are still companies out there that want to do physical versions of these games too and yet again APC-TCP is the go-to guy/company for them. 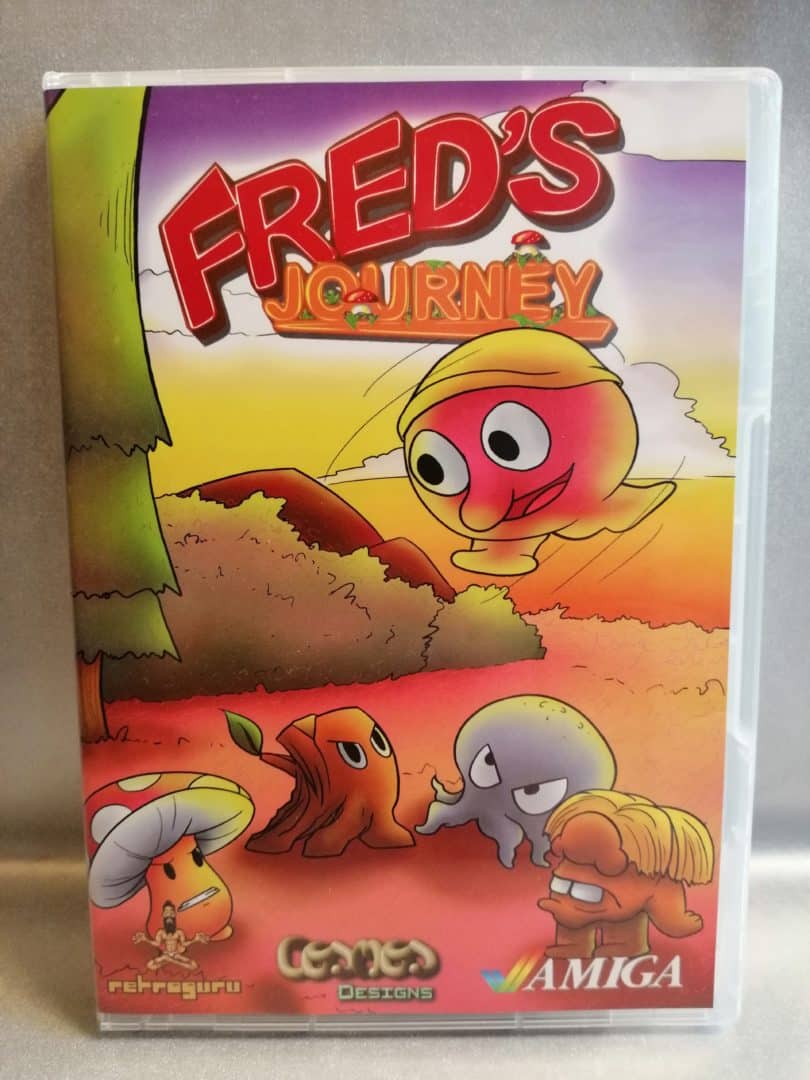 Fred’s Journey comes in a DVD sized cover very similar to the TrapRunner release last year and while I am not a fan of the box the price vs what you get is fair and all, that said I wish there was a way to attach the floppy disk inside the cover because as it is now the floppy and manual/posters etc is loose inside.

The front is nice and quite cute, it does what it is meant to and works fairly well.

The side art (not pictured) is similar to TrapRunner in terms of Amiga logo and how the game logo is placed etc means they will sit nicely together on the shelf and that is very positive. 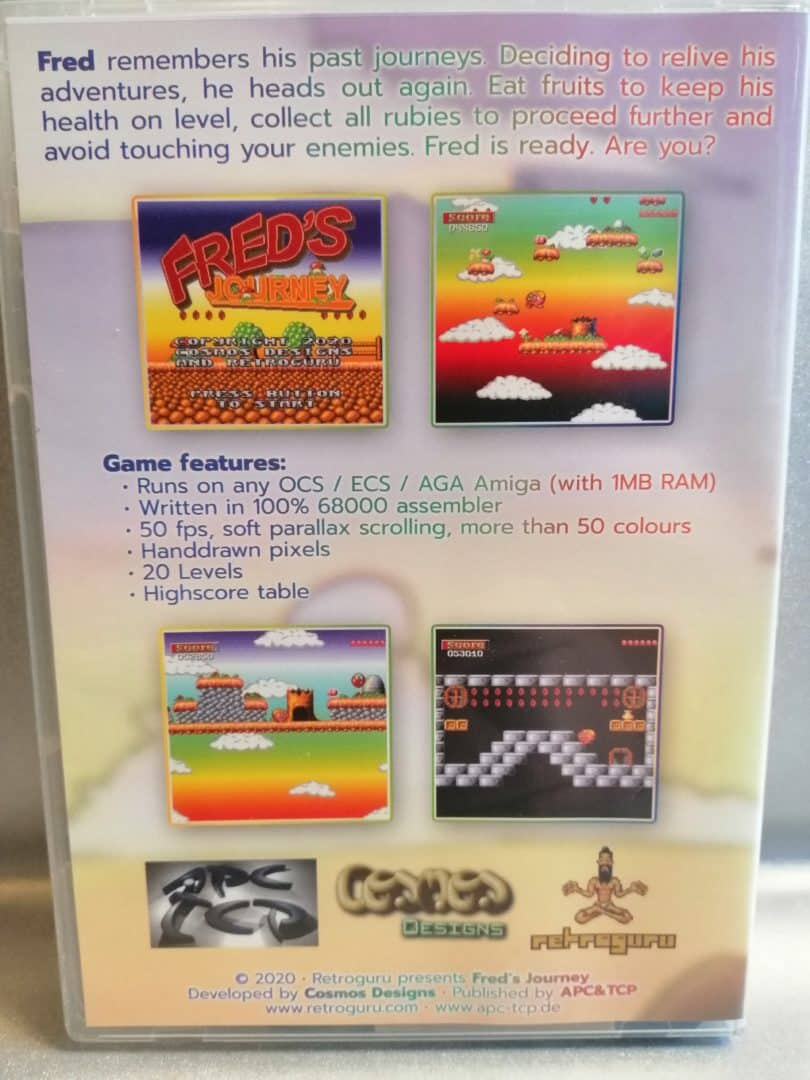 The backside of the box works fairly good too, very minimalistic and simple but I like it. 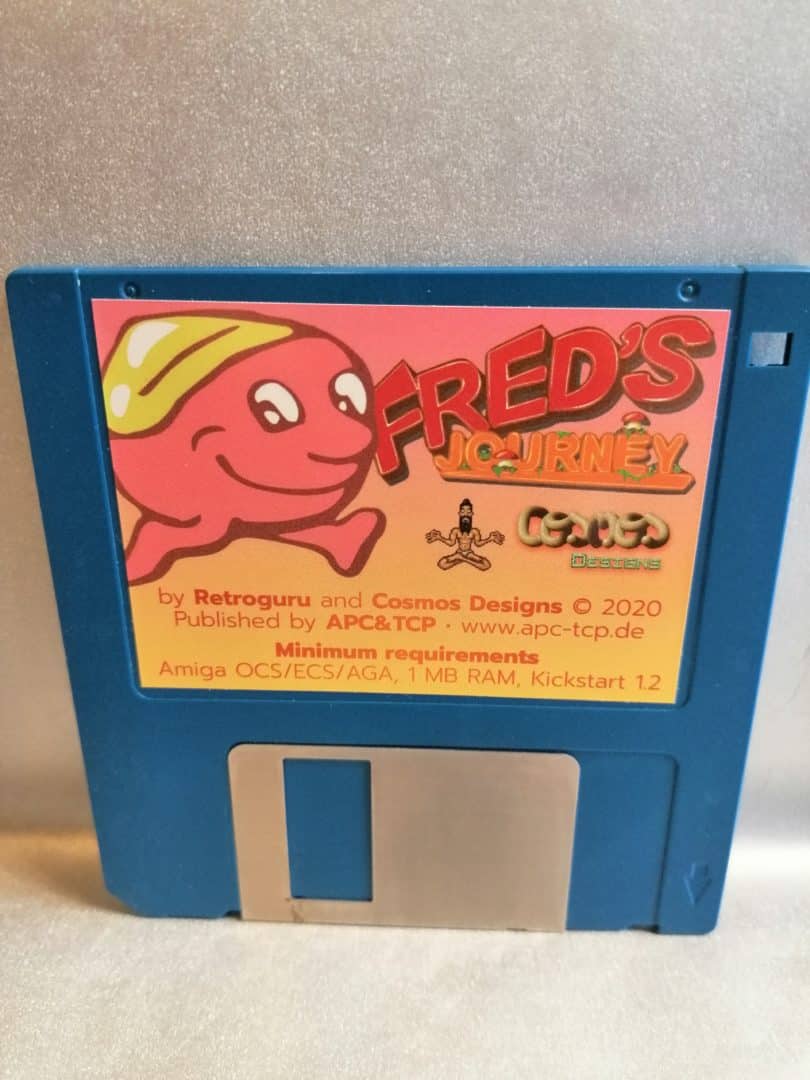 The floppy label looks good too, nice to see variations between the images used. 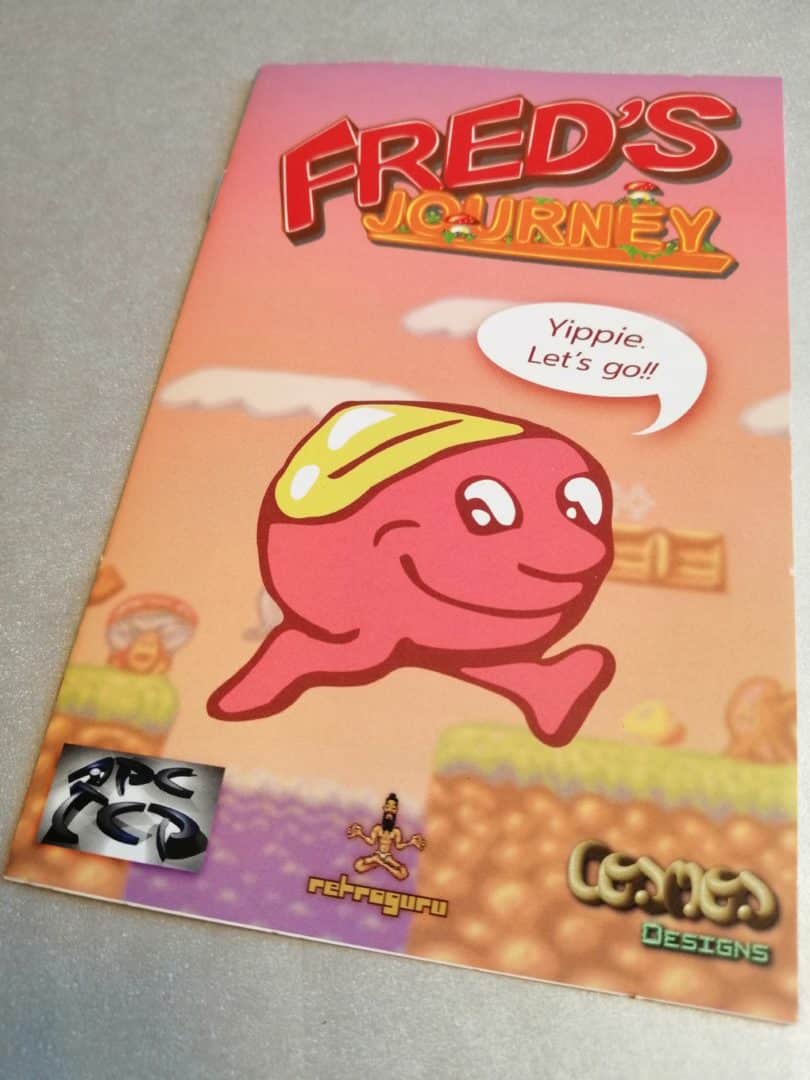 A rather nice manual is included too, the Amiga game scene has come a long way the last few years as yeah it ain’t that long ago since we had the cheap paper with black and white manuals and whatnot, now we get full colour and glossy paper too.

The actual manual ain’t thick but really nice to look at and I am sure most collectors out there will love it. 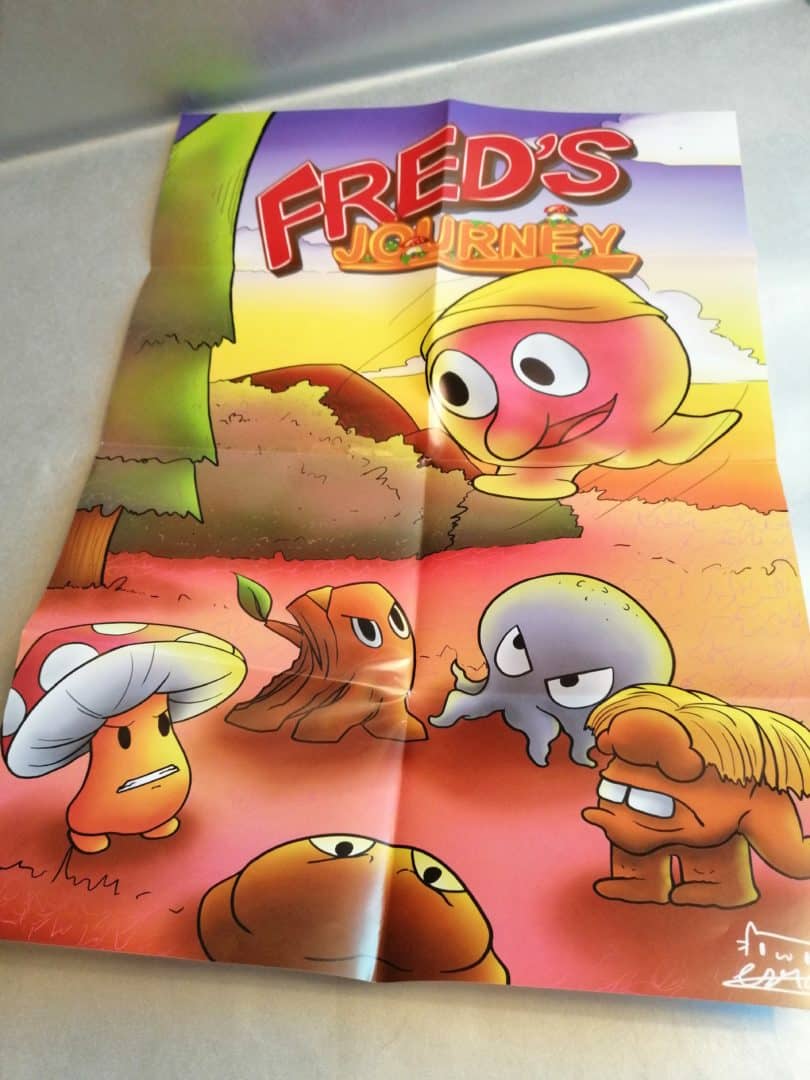 A full-size A3 poster is also included in the box and yup I have to admit that I like it and want it on my wall in a frame, sadly there ain’t any room left as all my walls are covered with games but yes I will put it up in my ceiling (pictures soon) like I have done with most posters the last few years. 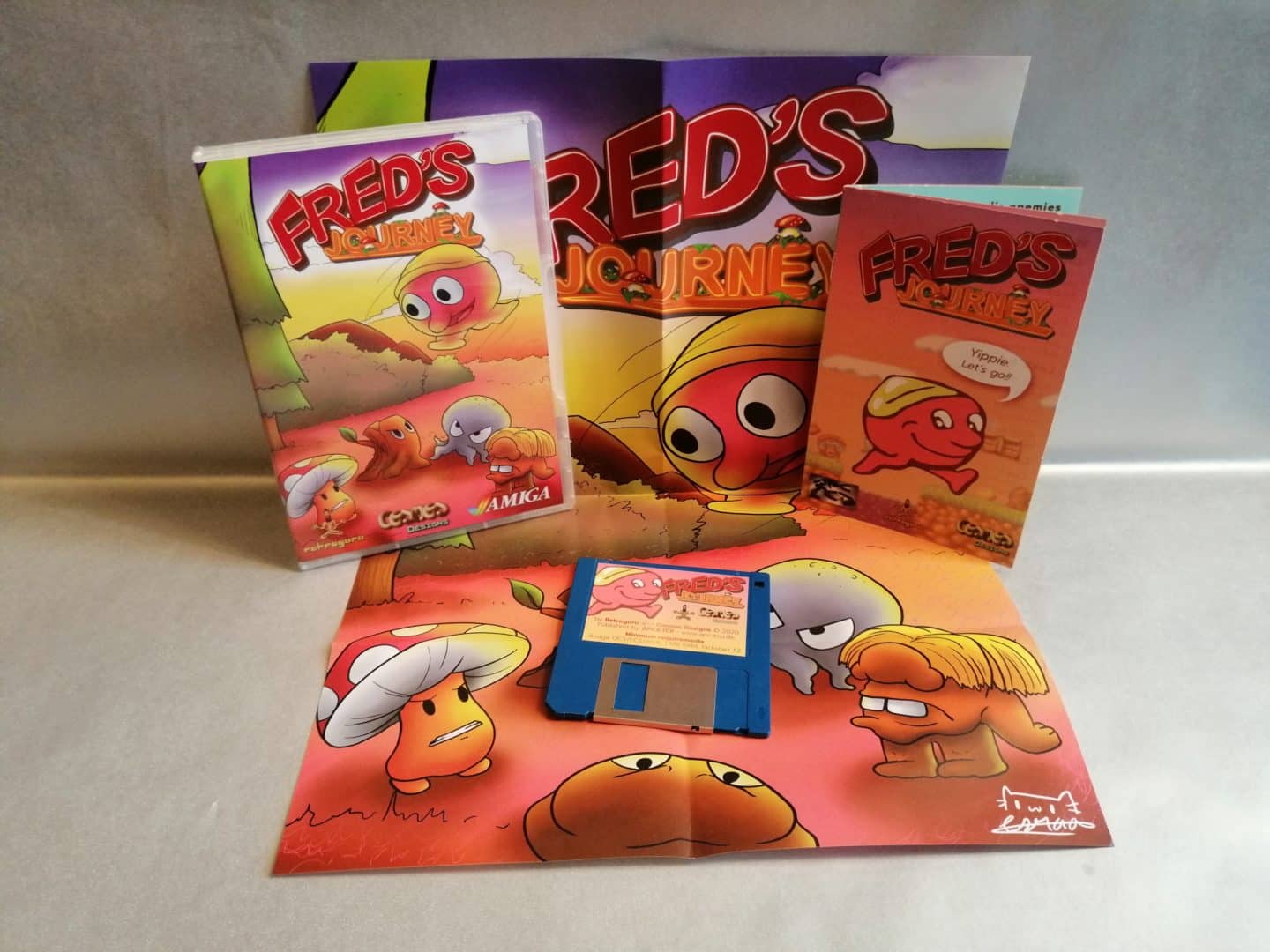 Here is the stuff that comes in the 15 Euro boxed release of Fred’s Journey, I think it is a fair price for the product and will recommend it to every collector and fan of the genre out there. It won’t ever get rare or valuable or whatever but the more it sells the more boxed games we will see in the future for sure.

Fred’s Journey costs 15 Euro+shipping and can be bought at the APC-TCP online shop right now.

2 thoughts on “Unboxing Fred’s Journey For The Amiga”