SMB:BS is finally out in Europe and America, its the same game as the one that came out over half a year ago in Asia, my first impressions of this game is that even 6 years or so after the PS2/GC(?) version the game still got something in it that makes me want to play it, a certain monkey in a ball itch and i guess that is why SEGA is still pushing this IP even tho its been quite silent since the first release (if you exclude the awful SMB Adventure by Traveller Tales or whatever it was called) that came out so many moons ago. 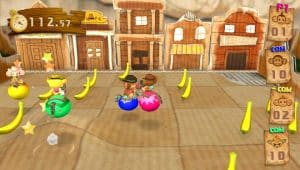 This VITA game supports both touchscreens and six axis/tilt,camera’s aswell as dual analog sticks and more it says on the box! , this is very true indeed but they fail to mention how this is basically only for the Mini*/Party Games (both SP and MP), that said i am not bothered about it as it works just fine with “tilt” and / or the analog sticks.

The Game boast about having 100+ new levels and levels of difficulty, i have so far only done about 40 of them and by the looks of the trophy list, it seems to hold quite a lot more than 100 levels indeed. 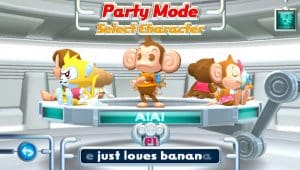 Party games! , now this is what made SuperMonkeyBall a huge hit in our house back in the PS2 days, it wasn’t all the mini-games as it was basically just a single one we really loved and played all night long and that was Monkey Target!

Monkey Target is back! and that alone is a big enough reason for many to just buy this game. 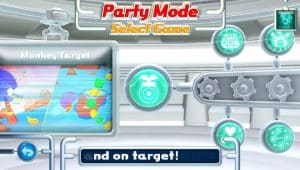 There are 8 Party games (Some have extra variations and so on):

You can also edit and create levels now, its quite rough and i have yet managed to grasp the concept of it all but from my first impression, it felt like it was just a randomizer of some sorts. 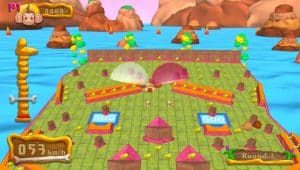 I won’t spend much time on that one unless i get lots of feedback about how i should do one so you will have to look elsewhere for info on how and what.

Graphics and sound is as always, both great and god damn annoying, its nothing new that the camera feels broken and its nothing old that the screaming speech sample from the monkeys sound like something i would have to clog up with a cloth or a sock and some cable ties to make sure it never made a sound ever again.

The graphics are much better in this game compared to all older SMB games i have tried, looks sweet and the videos and menus look slick. 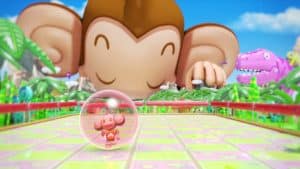 Gameplay is twitchy and the controls need some getting used to as you can only rotate the camera while standing still but after some loud screaming and whatnot, you should be able to master it although i still think that this game needs a proper camera pan mode.

The Levels in this game is still really difficult and it will test both your thumbs and your focus and when you finally complete that 1 level you’ve been stuck at for so long, well lets put it nicely – my neighbor heard it! …

There is Online Multiplayer but i have not tried that as of yet. 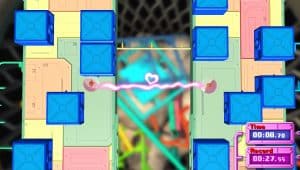 There is also a wonderful party game mode for 2 players on 1 VITA which actually works great with games like Love Maze.

So the game ranks pretty decently here with me but like i have told so many before, HamsterBall (PlayStation 2 and 3, maybe other formats too?) is a much better game even though that game is actually a SuperMonkeyBall wannabe… 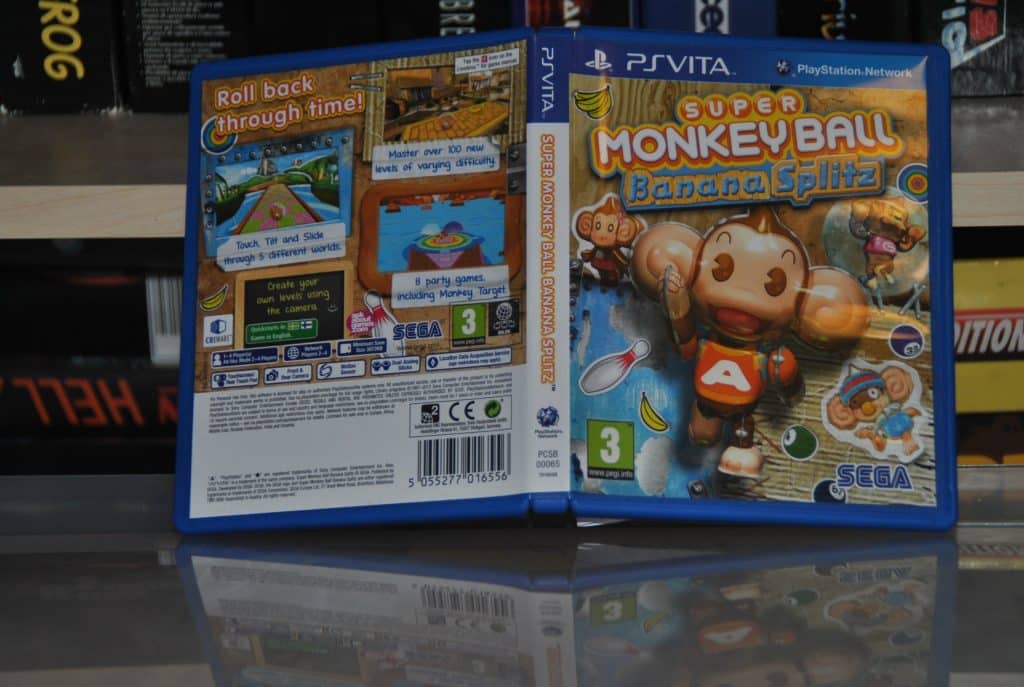