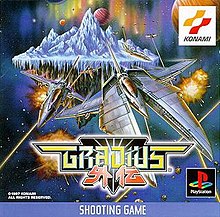 It was the year 1985 and Kazuhisa Hashimoto, the coder of the NES version of Gradius (グラディウス), was testing the game. Finding it too difficult to play or, rather, too time-consuming to test it that way during active development, he introduced a series of commands to give the tester the necessary power-ups to proceed in a more fruitful manner. According to the “legend”, such sequence should have been removed from the actual code before game release, but it never happened. From that moment on, that magic sequence of commands entered history with the name of Konami Code (Konami Command コナミコマンド in Japan) and it was used by millions of players all over the Planet. Furthermore, that cheat code was reused for many other games, both from Konami and from other developers and is today considered a milestone of video gaming. A complete list of games using this feature (or a variant of it) can be found at this Wikipedia page.

Sadly, its author passed away the other day at the tender age of 61. Our hearts and minds go to his family and friends and to whoever else helped to keep the flame alive for all these years. Rest in peace, Hashimoto-san.

We are saddened to hear about the passing of Kazuhisa Hashimoto, a deeply talented producer who first introduced the world to the “Konami Code”.

Our thoughts are with Hashimoto-san’s family and friends at this time. Rest In Peace. pic.twitter.com/vQijEQ8lU2

1 thought on “All Hail The King Of Codes”