Gods Remastered was released late last year with nearly no coverage or hype and the reason why I didn’t mention it anywhere either was simple enough, it was only released for Steam and Xbox, you know, the two formats I care the least (Ok, Atari too) about.

The PlayStation 4 & Switch version came out last week which means that it was time for a review of some sort… right? 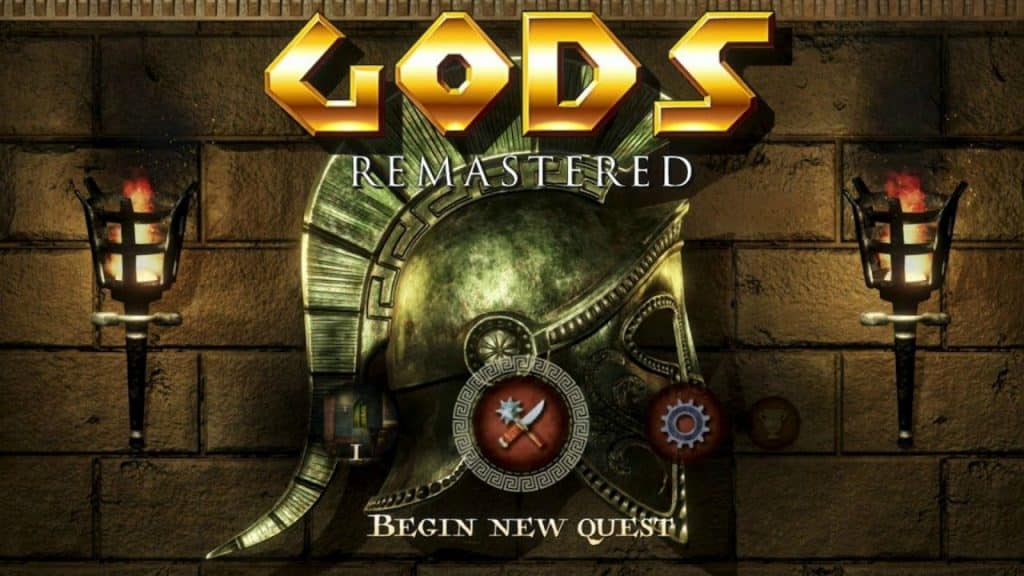 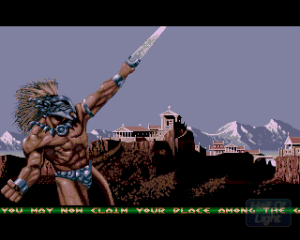 I am one of those who loved GODS for the wrong reasons I guess, I loved it because of the fantastic presentation and maybe most of all the brilliant intro soundtrack, the gameplay for me was slow and frustrating although I just had to complete the game because I had a feeling there would be more to it… sadly, there wasn’t (this was several decades ago).

Ok, there was that rather awesome “Cleared Game” outro picture and some text about eternal life blah blah, no brilliant music or epic animation to be seen, did I expect too much? I guess so…

Nearly 30 years have gone now since I played through the game and to this day I still remember all the switch puzzles and boss battles, I still remember where you had to go in order to find a secret location or an extra life and so on…

I guess this shows how much of an impact this game made on me even though if I had a somewhat love/hate relation to it, I probably played the game for 100+ hours and most of the time it had me swearing at the difficulty level or the controls.

This new remaster of the GODS is both an improvement and degradation of the original, I mean, the remaster got two versions of the game (classic and a new updated look) and I’ll try and be gentle here and say that the new updated look does the game no favours at all. 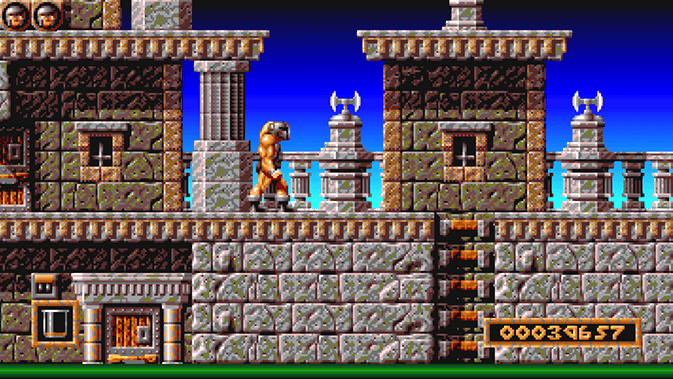 First of all, let’s talk about the improvement over the original 1991 Amiga version.

The best thing about this remaster is that you can play the whole game in a classic mode where you got all the original graphics and so on, it looks exactly as good as you remember it from the old days except for one thing and that now it’s actually fluid and the controls feels more refined because of it.

Even more so you can just press a button on the (R3) controller to switch to the next generation look if you want to. 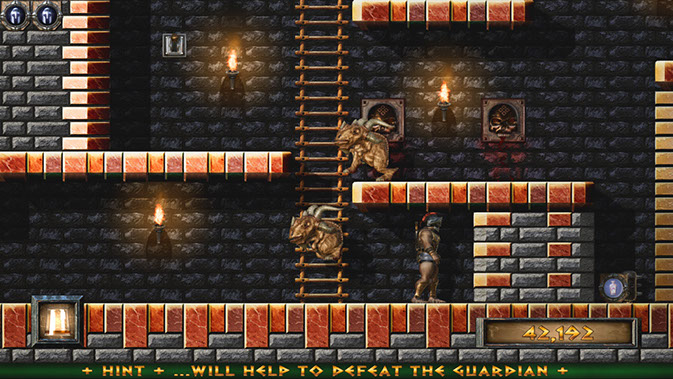 First of all, both the classic and next generation version plays identical but with very different looking visuals.

My first reaction to this version was that i wanted to switch it off, the soul of the game is gone and with this new look the main reason for me playing the game is gone, the main character walks strangely and yes I personally think he looks part man part horse and that ain’t exactly a positive thing…

The enemies are much better though, they are nicely animated and a somewhat improvement of the original design. 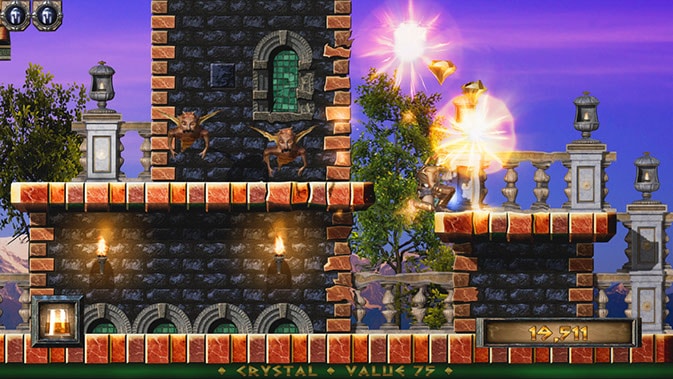 The new version got a rather nice parallax scrolling and nice explosions and flashy light effects but I still find it boring to look at compared to the original look, is it because of my rose-tinted Amiga love glasses or is it simply not a good looking game, who knows… 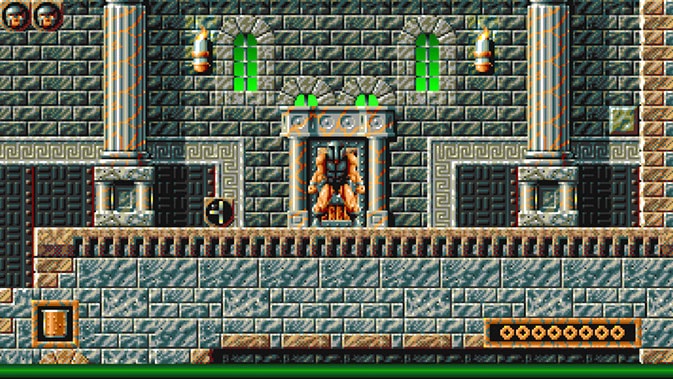 A lot of people struggled at this place back in the day as this is where the game got really hard…   GODS used to be a hard game, it still is bloody hard mind, but far from how I felt it with the original.

The reason it is easier now is because of the more precise controls and framerate but it also feels easier for some reason but it certainly doesn’t feel if like they nerfed it or anything.

The new look does look a bit better later on in the game and yes it moves in silky smooth 60fps all the time but everything feels so unnatural… or rather out of place thanks to the main character design among other things.

Most people remember The Bitmap Brothers games for their impeccable intro music and yes GODS is for many the most loved one with its – INTO THE WONDERFUL by NATION 12 – song, guess what? It’s not even included in the remastered version due to licensing issues…

So, what do I actually think of this remastered version then? Well, as you have probably noticed by now is that I am pretty negative to it and yes I really want to smack the developer (Robot Riot) with a large trout (sic..) but at the same time I don’t want to either. The classic version plays perfectly (heck, it’s even better than the original) and the only thing missing is the intro/soundtrack which is okay for most people although the omission will be noticed most likely. The next-gen version feels unnecessary and due to its graphical flaws, it ends up being unwanted at the same time which is a shame as with a few adjustments it could have been utterly brilliant.  If you loved the original then you will love this version too, at least in classic mode but maybe you should just fire up the Amiga version instead?

4 thoughts on “GODS Remastered – Into The Wonderful?”