Stephen (Steve/Steven) Crow is most likely a name some of you have heard a few times in the past and this is for a reason, his games had a certain style and some say they even had magic in them and even more think of his games as if they are the best of its kind out there.

Who is this guy you say? well, you might remember his fantastic games i guess, Zynaps and Firelord for Hewson and the fantastic Commodore 64 version of Turbo Outrun are a few of the earlier ones but he eventually found his way to Virgin (and did Cool Spot, Aladdin etc) after that he did some Earthworm Jim games and the brilliant SkullMonkeys before joining Blizzard. 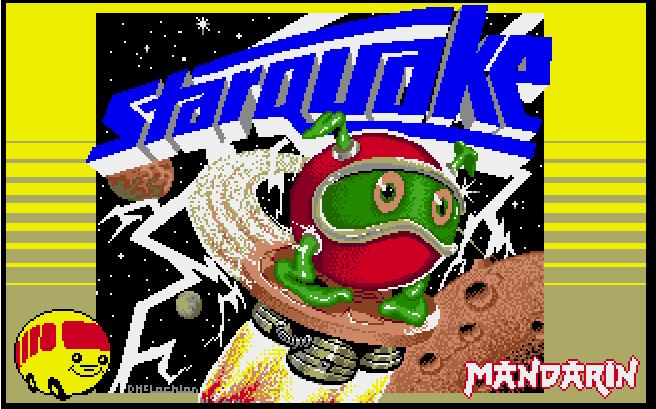 The story behind Starquake is rather special as this is actually an Atari ST game which Galahad/FLT converted into an Amiga game,  I have written about these kinds of projects before, a great idea but sometimes very time consuming and for most not really worth it at the end (or is it?).

Starquake eventually became a Kickstarter perk in the Amiga in Pixels book from Chris Wilkins/Fusion Retro Books and this is when everything got interesting as this meant that the project was official and a real product right? 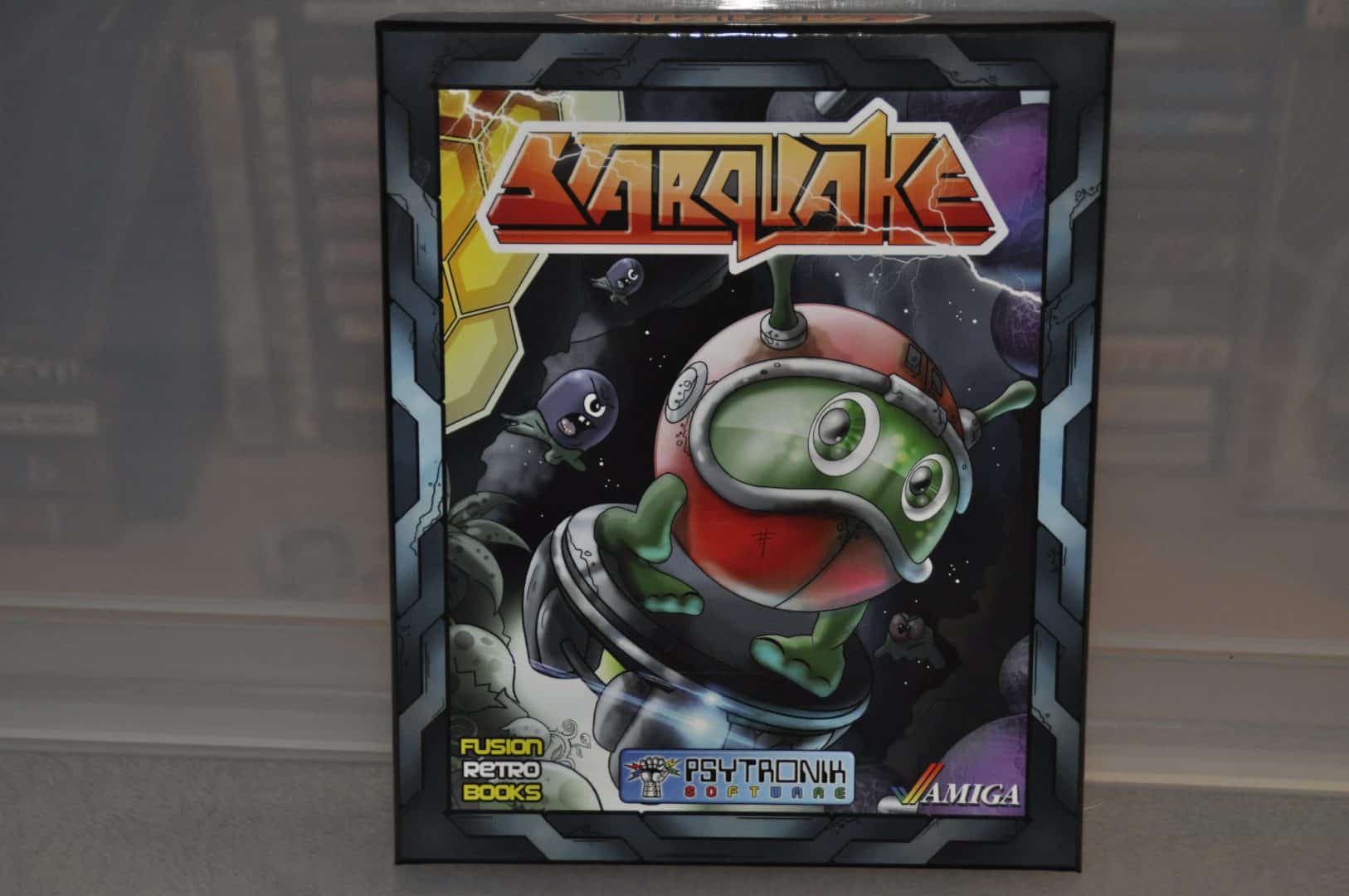 I must admit that i was never a Starquake fan, I found the game to be boring back in the 80s and I still do today, it just doesn’t work for me and by the time I should have bothered there were better games out there.

The Amiga version is finally here, it took ages to get released and oh boy does the box look great, brilliant colours and the quality of the box itself is as good as it gets.

The print is lush and shiny and the box feels heavy, this ain’t a cheap box to produce that is for sure.

The box art is done by Trevor Storey who worked on quite a lot of Amiga (Burning Rubber for Ocean++) and Console games back in the day as well as some next-gen games for the PS2 (like the brilliant Jackie Chan Adventures) and so on. 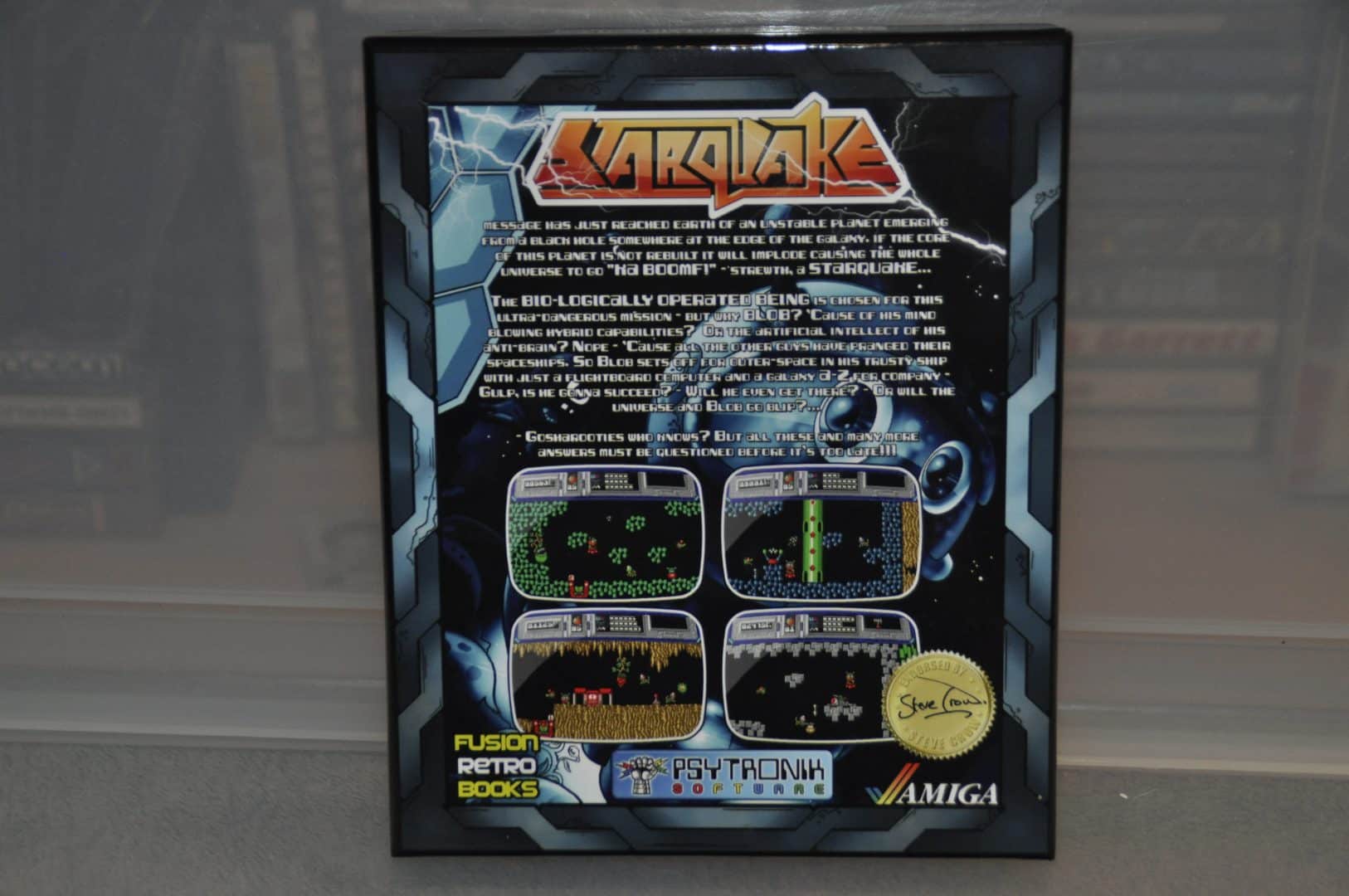 Fusion Retro Books and PSYTRONIK have done a good job here, the box design makes it look very RETRO and while i don’t like the fonts used i still have to say that this feels like a proper commercial box release from the Amiga heyday (in a good way).

That disklabel on a red floppy looks brilliant but it is a bit sad that they used an HD floppy.

The User Manual is another high-quality print.

Not all that many pages but the pictures and quality print helps making it feel really professional.

A glossy Artcard with Stephen/Steve/Steven’s Signature, awesome idea and cool that it came with the box. 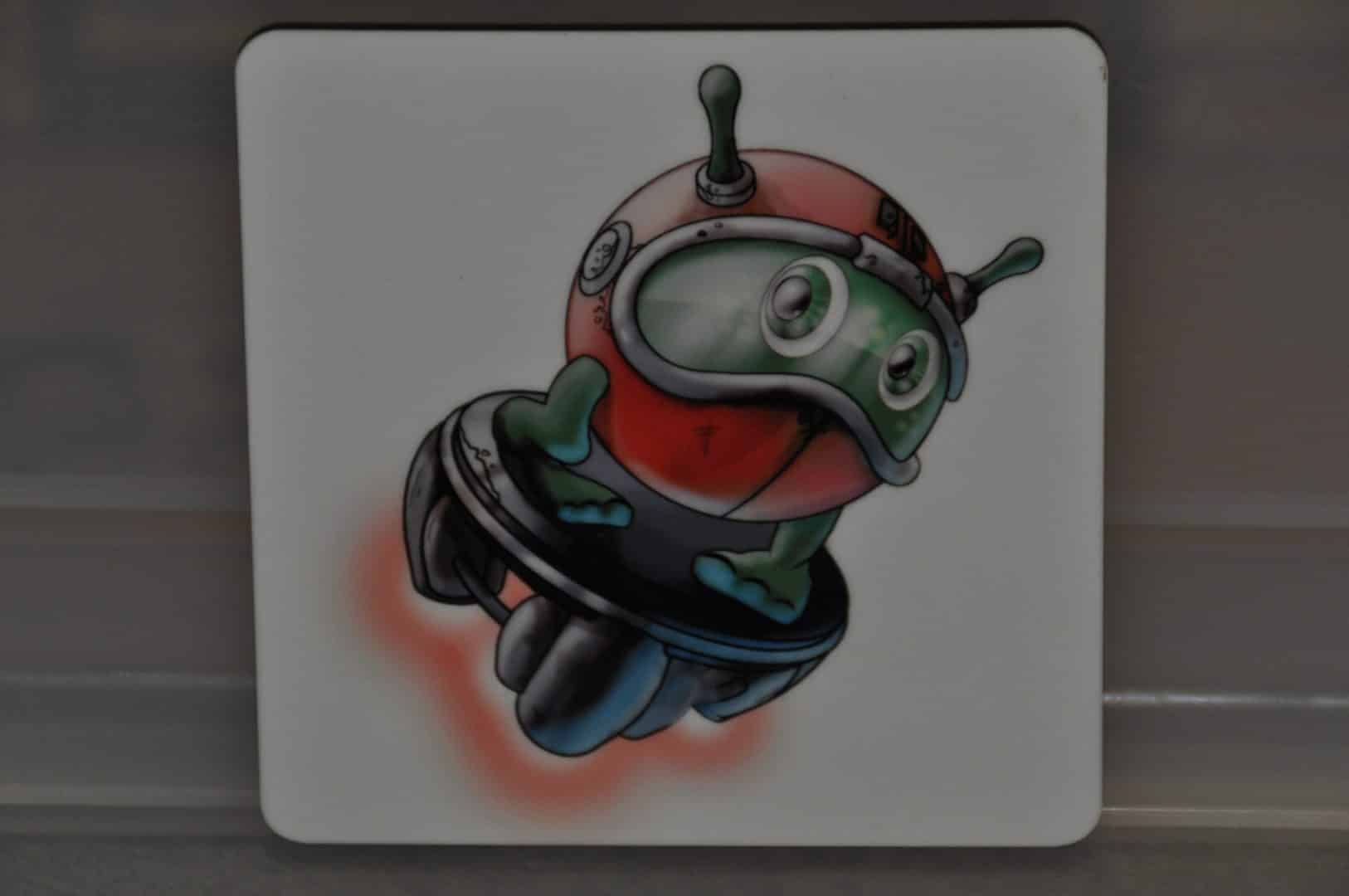 A Starquake coaster? Awesome print quality and the coaster feels very solid/well made. 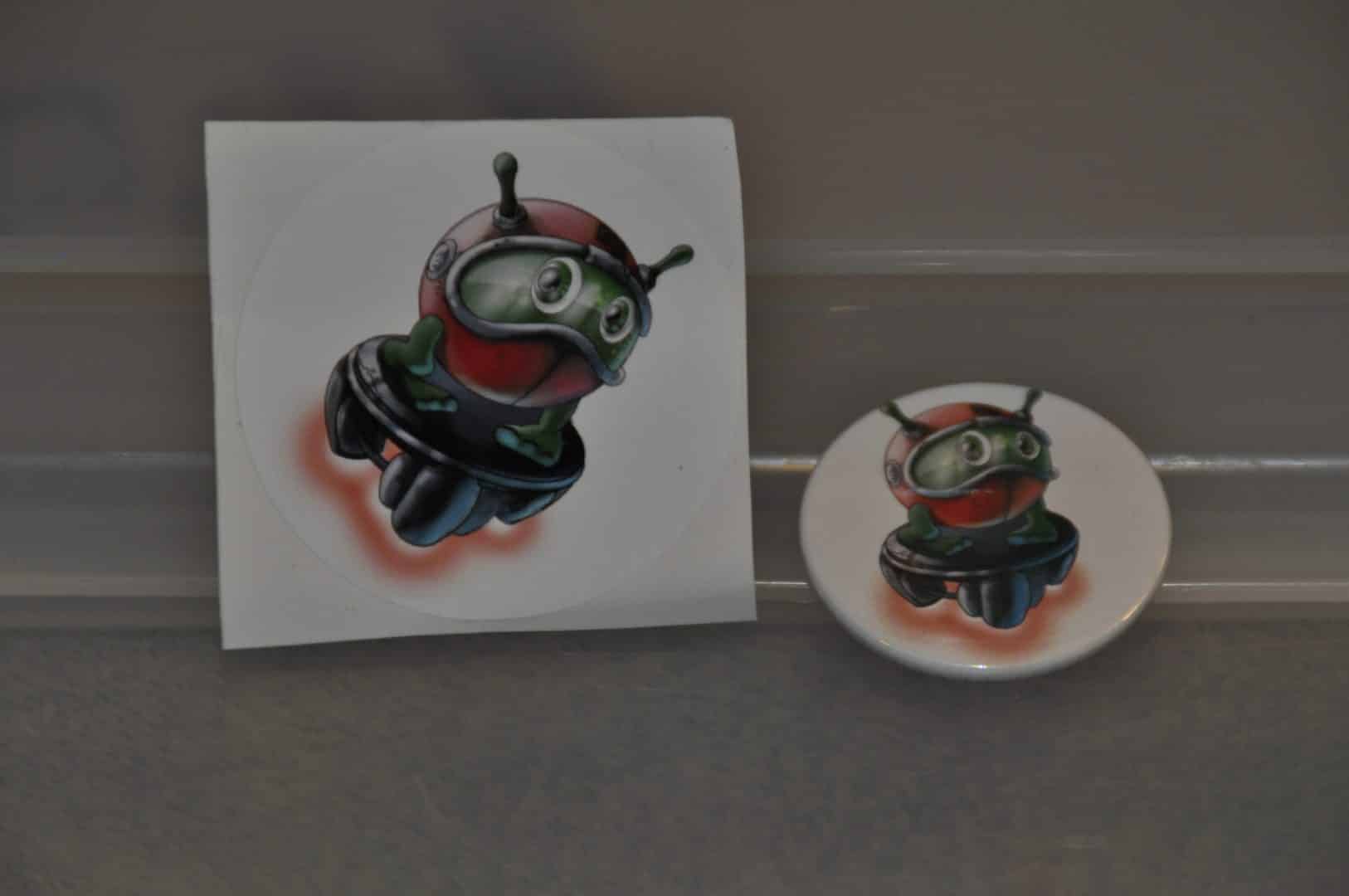 A sticker and a badge with the same print as the coaster above,  have to admit that i love the quality and style of Trevor Story’s work.

Over to the actual game then i guess, Starquake is one of those games that i really want to like but every time I start it i just start to wonder what so bloody brilliant about it.

The game is also rather slow on classic hardware like the Amiga 500 and it feels unoptimized but Galahad has promised to look into it as soon as he finds more time to work on it which is fair enough.

Starquake is a rather simplistic platformer by today’s standards as there ain’t any scrolling and the graphics look very Spectrum’ish which was very typical for a game back in 1985-> but there are a few things with the game that really sets it apart from the rest of the lot like the huge play area(IIRC it is 512 screens!) and the ability to pick up multiple items and use them later on (something Dizzy seem to get the most credit for).

There’s an intro for the game too, pretty enjoyable too and it was fun to see the Boing ball and the game box design in it.

Another thing is that there is even a cracktro for the game, funny idea and i guess it just had to be done as it’s a game by Galahad/FLT after all.

Beyond the technical stuff it has to be said that it is really good to see both FusionRetroBooks and Galahad doing what they can to get the Amiga back into the limelight, sure this might not be the brilliant game I wanted it to be but let us see it as something of a beginning of a new trend.

I have to mention that the game got a huge following and it does have a certain cult classic status for many and this is why Galahad ported the game over.

Best of all is that the game itself is FREE so if you missed out on the boxed version then grab the game from this location. 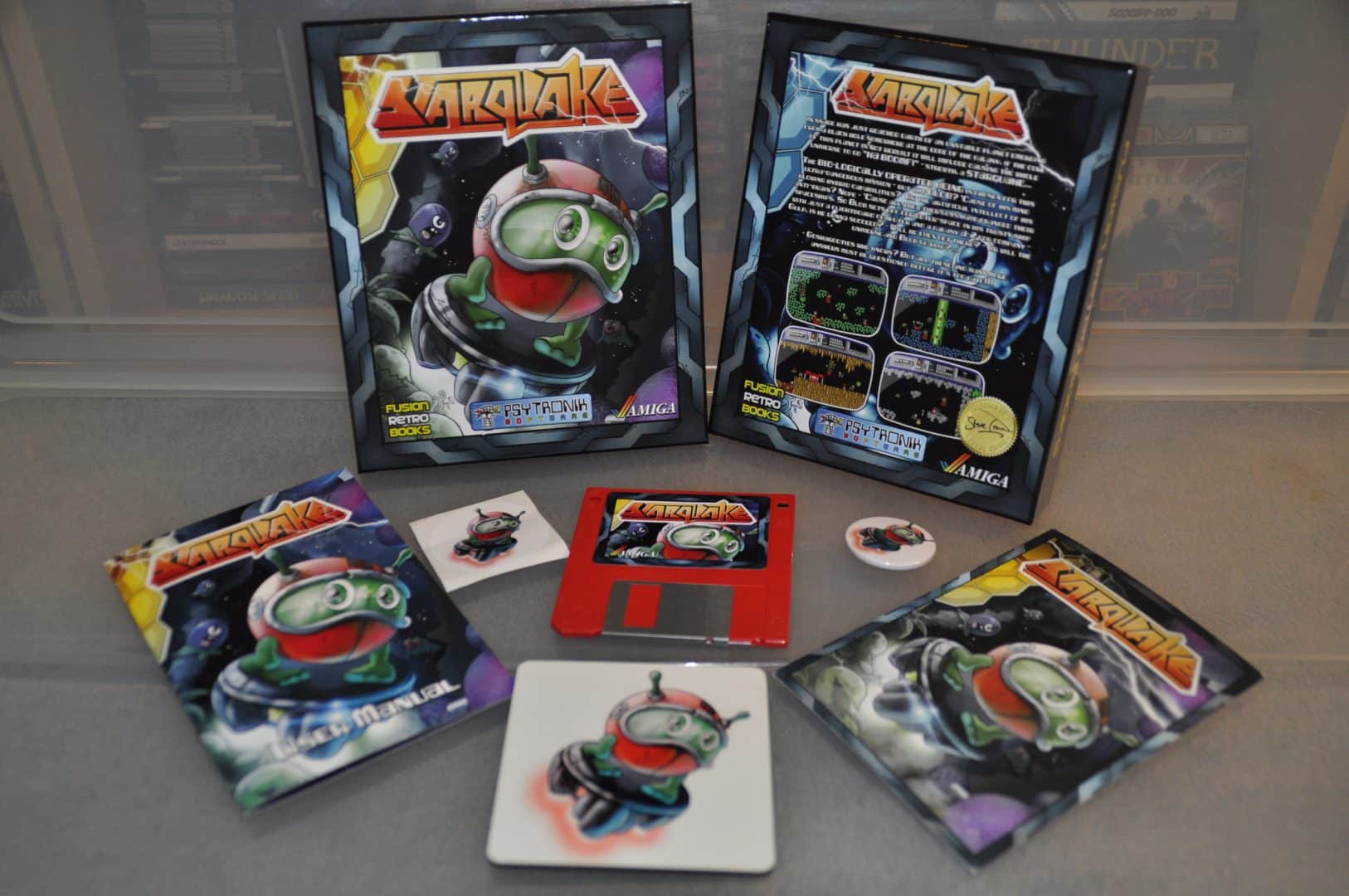 Starquake is a welcome addition to my collection for sure, the box and the stuff inside of it looks incredible and well worth the money. The ideas and effort that has been put into it screams quality and hopefully something we will see more of in the future. If there are any copies left of the game then grab one while you can, this game was meant to be a Kickstarter perk and the few extras produced won’t be available for long.

In-game pictures from Hall Of Light and box pictures are from my own private collection.

HAPPY NEW YEAR EVERYONE AND THANK YOU FOR ALL THE SUPPORT.

2 thoughts on “STARQUAKE – On The Amiga”