Trine 2: The Complete Story is a remake/update of the PS3/PC classic which was released 2 years ago, the game is a 2D platformer game with puzzle elements which is quite similar to the classic The Lost Vikings series from the mid-90s.
The First thing that you will notice when you look at videos or screenshots is that this game is just gobsmacking to look at and that also goes for the PS3 version although the PS4 version comes with more features and levels and stereoscopic 3D. 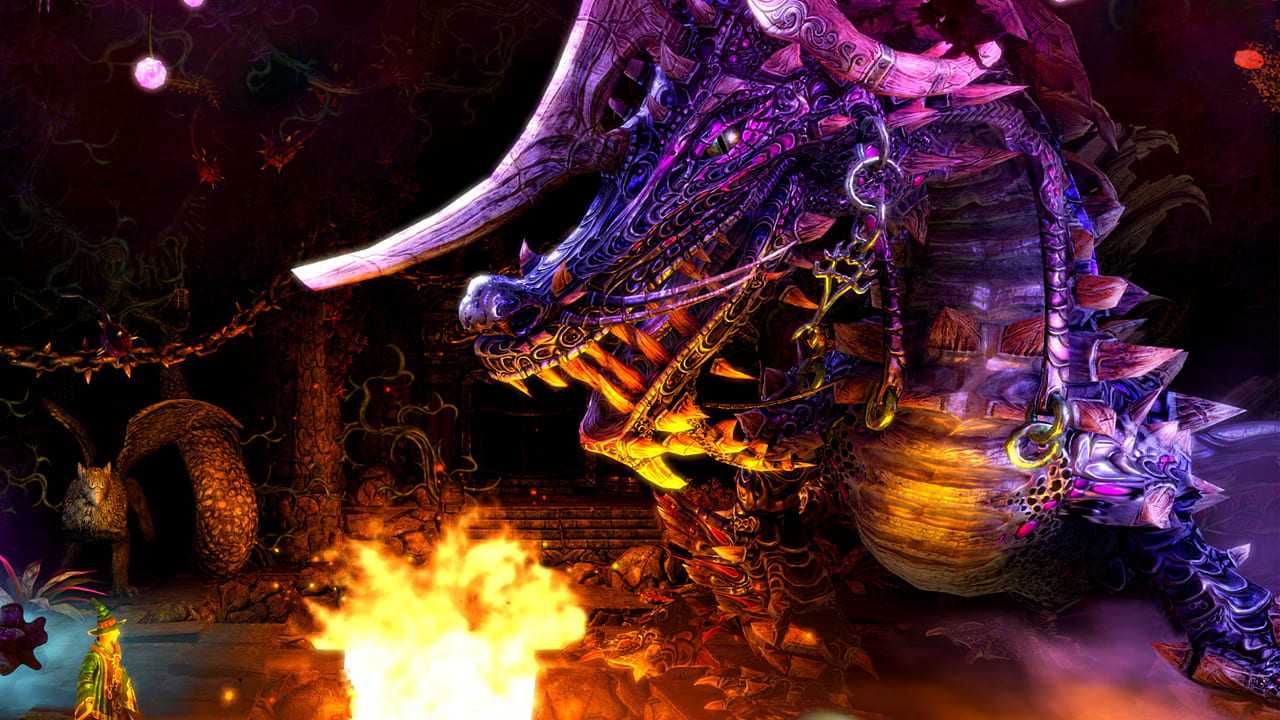 Pictured Above: Every location is different and they ooze quality design choices, they look even better in 3D!.

Trine 2 is a co-op platformer where you have to solve puzzles in either online or local co-op but you can also play it alone but it is clearly best in co-op with either 2 or 3 players.
I have so far only tried it in 2 players and it is fast and easy to switch to the 3rd character if you need him to solve a puzzle or if you’re character dies.
The puzzles are varied and fun and they never break the immersion as most are straightforward but challenging so you will be entertained and best of all you get the chance of laughing you’re ass off when you toppled the tower that your friend used 10 minutes to build, classic stuff. 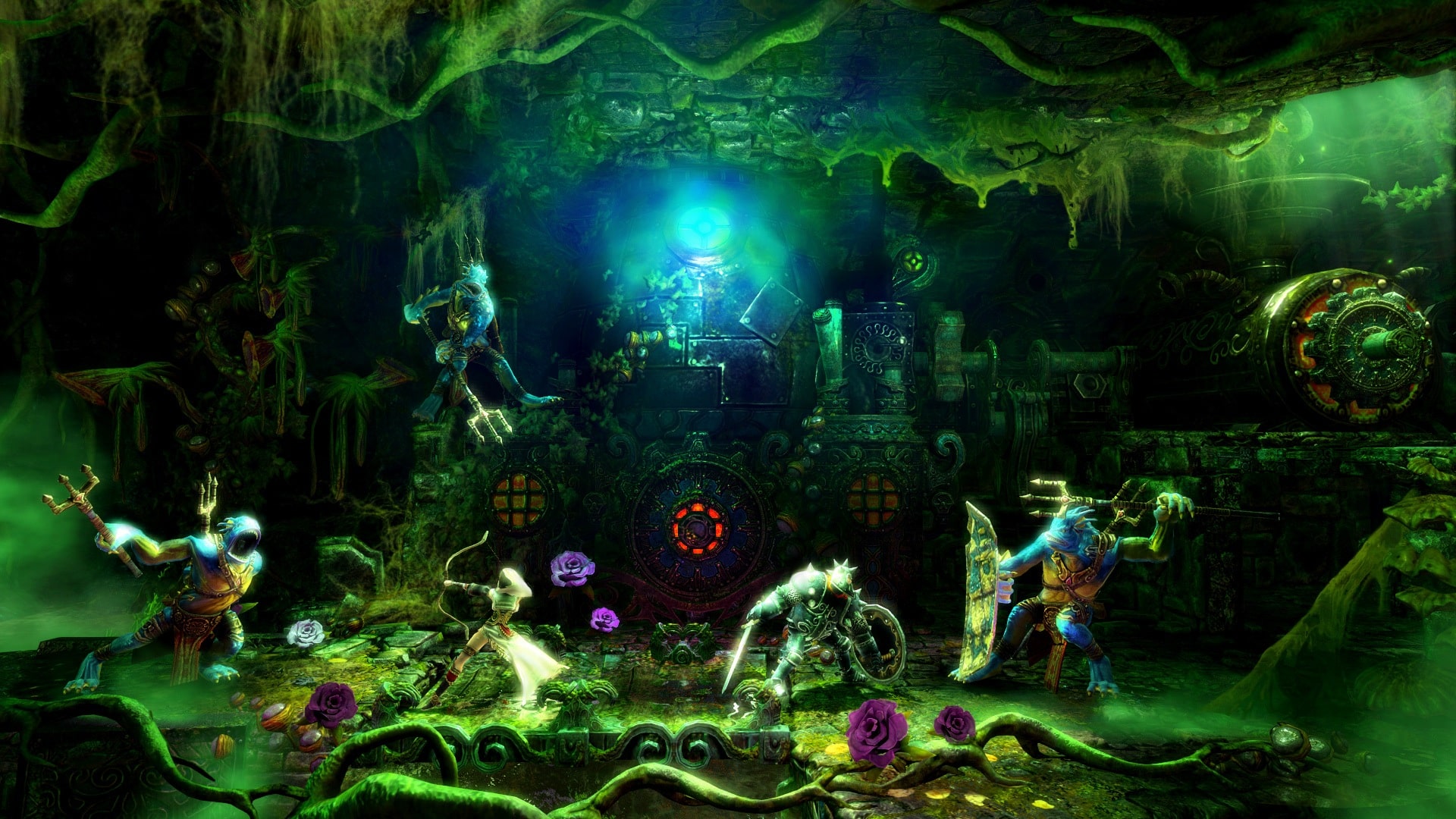 Pictured Above: i tried to stream the game on Twitch to see if 3D worked there, sadly it did not stream in 3D.

Twitched in 2D although we did play in 3D, how the PS4 manages to produce both pictures at the same time is beyond me and is clear evidence of what is to come in terms of power and the capability of the console.
I have also tried streaming with a mic and camera, works great so there is a lot of stuff going on without breaking anything in the game, silky smooth still.

More about the 3D later on. 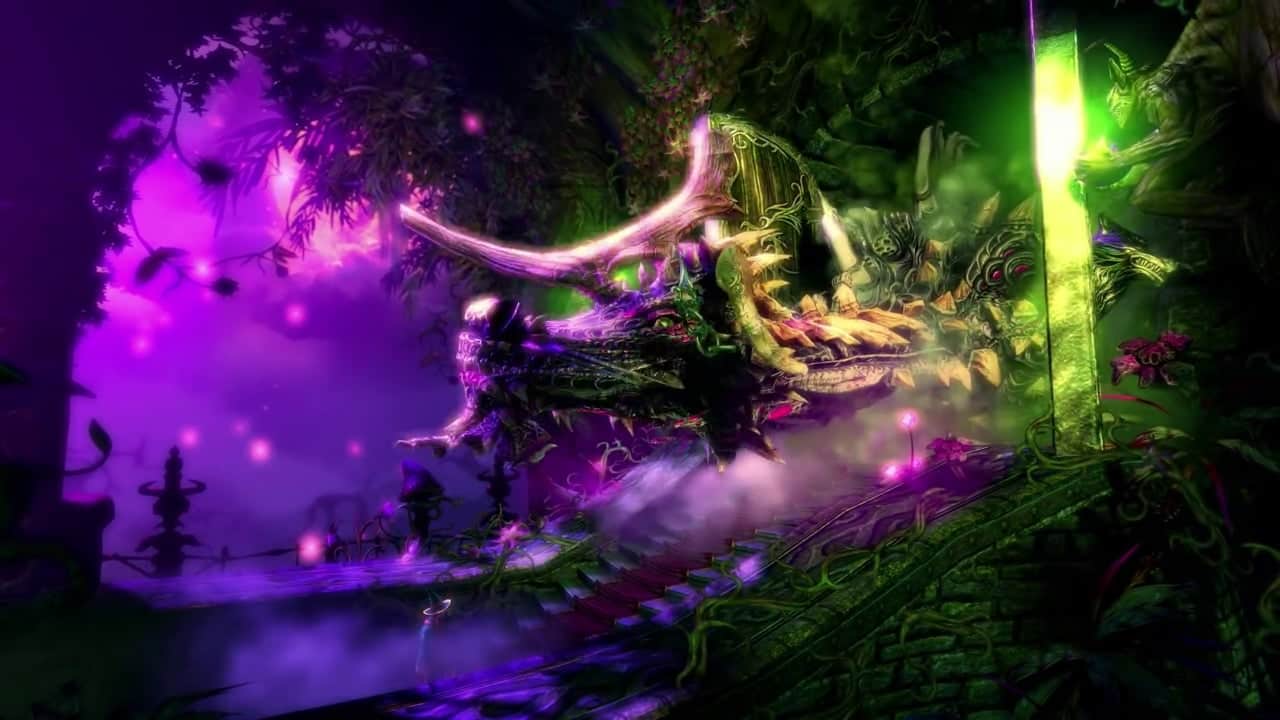 Pictured Above: a picture of one of the cutscenes, also in 3D, absolutely amazing in 3D. (picture above is in 2D).

Trine 2 is littered with amazing graphics choices and that even goes for the videos, more about that soon. While the story to me feels generic it is still worth watching because of the style and artistic choices. 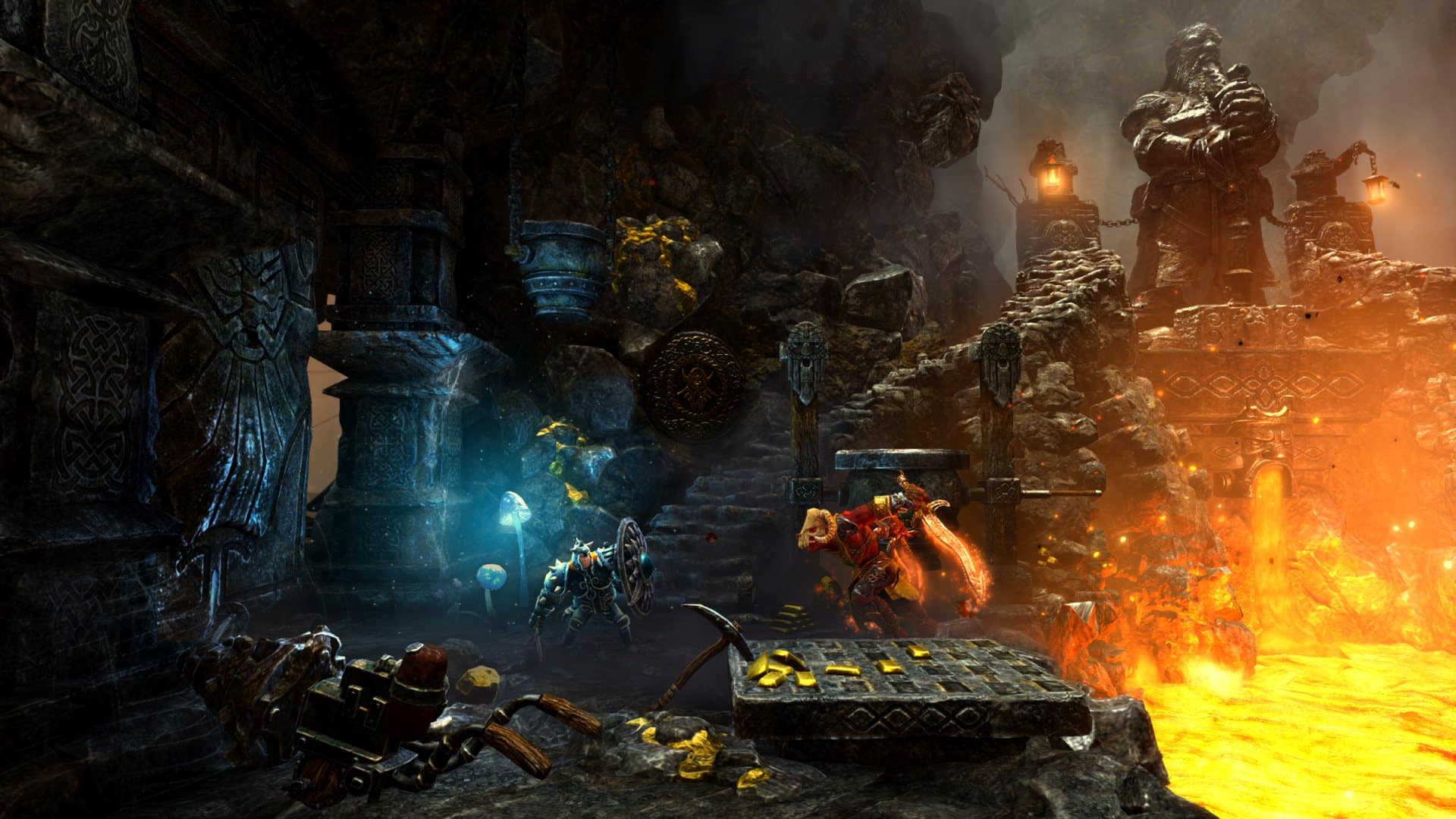 Pictured Above: Seriously? my god, this game is a heck of a looker.

The game locations are so varied that you just have to get to the next level to see what it brings and while some of the typical 80-90’s locations used (snow, fire, forest etc) they still bring something to the console that has not been seen in years or even decades although the 2 new Rayman games look amazing this game is so much more in terms of “originality”.

Pictured Above: i have posted a video in the bottom showing the game in movement but for now i can say that everything is dynamic and by that i mean foreground, background, and playfield.

And now over to the 3D tech… 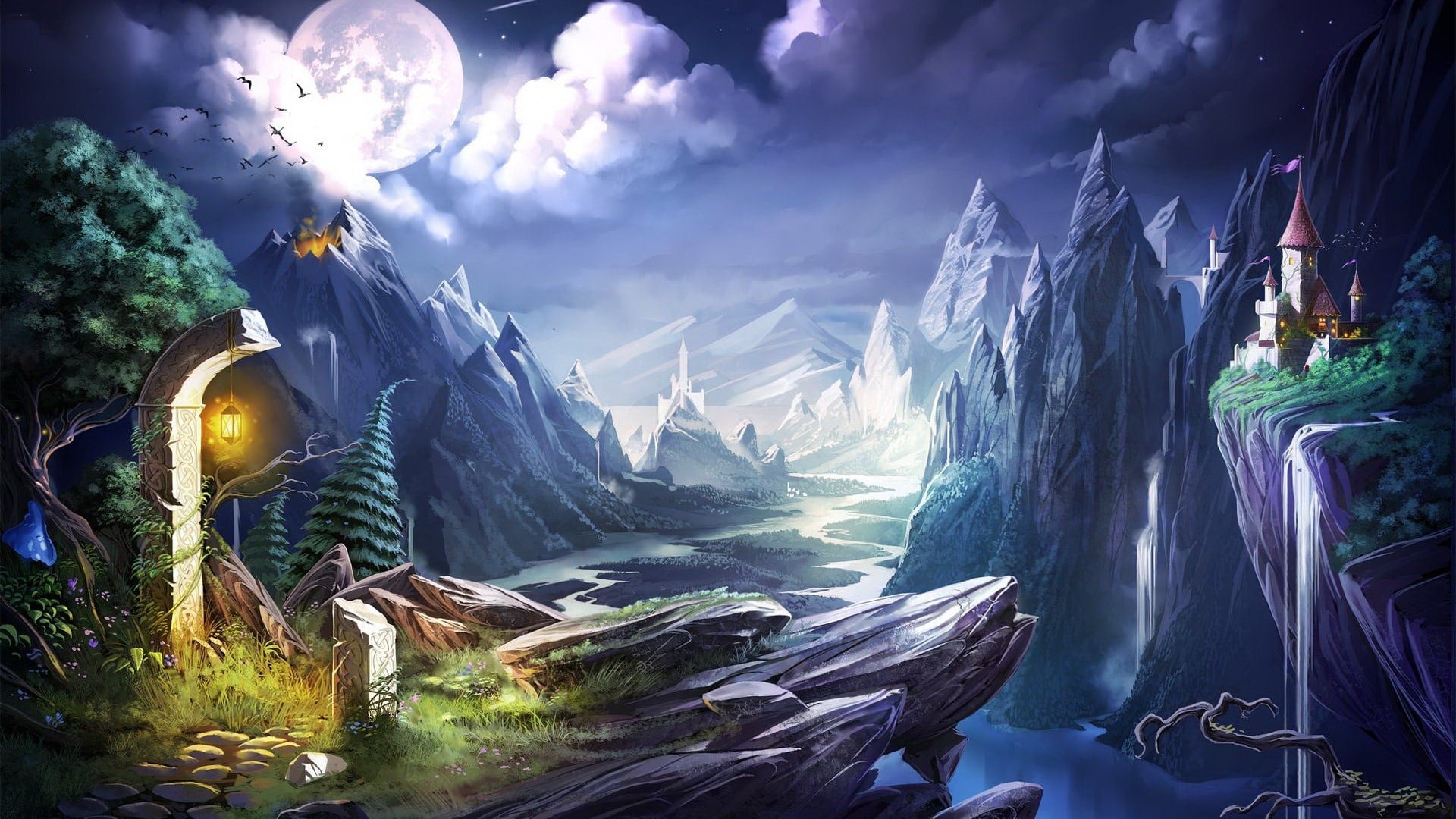 Pictured Above: I wish i had recorded more pictures but hey, video due soon so stay tuned.

The 3D works so good that there was a scene in the game where you met some “trolls” thing creatures with huge noses actually made me remove my glasses and put em on again just to verify it wasn’t my bias/imagination playing tricks on me, seriously that nose was so far into my room that it felt quite annoying.
It wasn’t only me being wowed by the 3D, the other guy i was playing with (he’s got a SONY tv and i got a Samsung) and he was just as impressed and i have to say that he’s been a pretty critic/negative to other 3D games.
Sadly, the recording does not allow 3D but if you got a 3D tv then make sure you try this game and keep in mind that you can adjust the magnitude/strength of the 3D inside the game and while everyone worked for me (strongest setting was the one i preferred) my friend had to tone his down a bit as it got blurry for him at maximum strength and this is pretty normal since it depends on your eyes.
Is it because of the PS4 that the 3D is so superior to other games? , there’s 1 more 3D game on the PS4 and that one (Zen Pinball 2) is also pretty good in 3D but nothing like Trine 2 , so, for now, we will have to wait for more games to see if it is the PS4 or if it’s the Developer or the style of the games that are doing the magic seen in Trine 2. 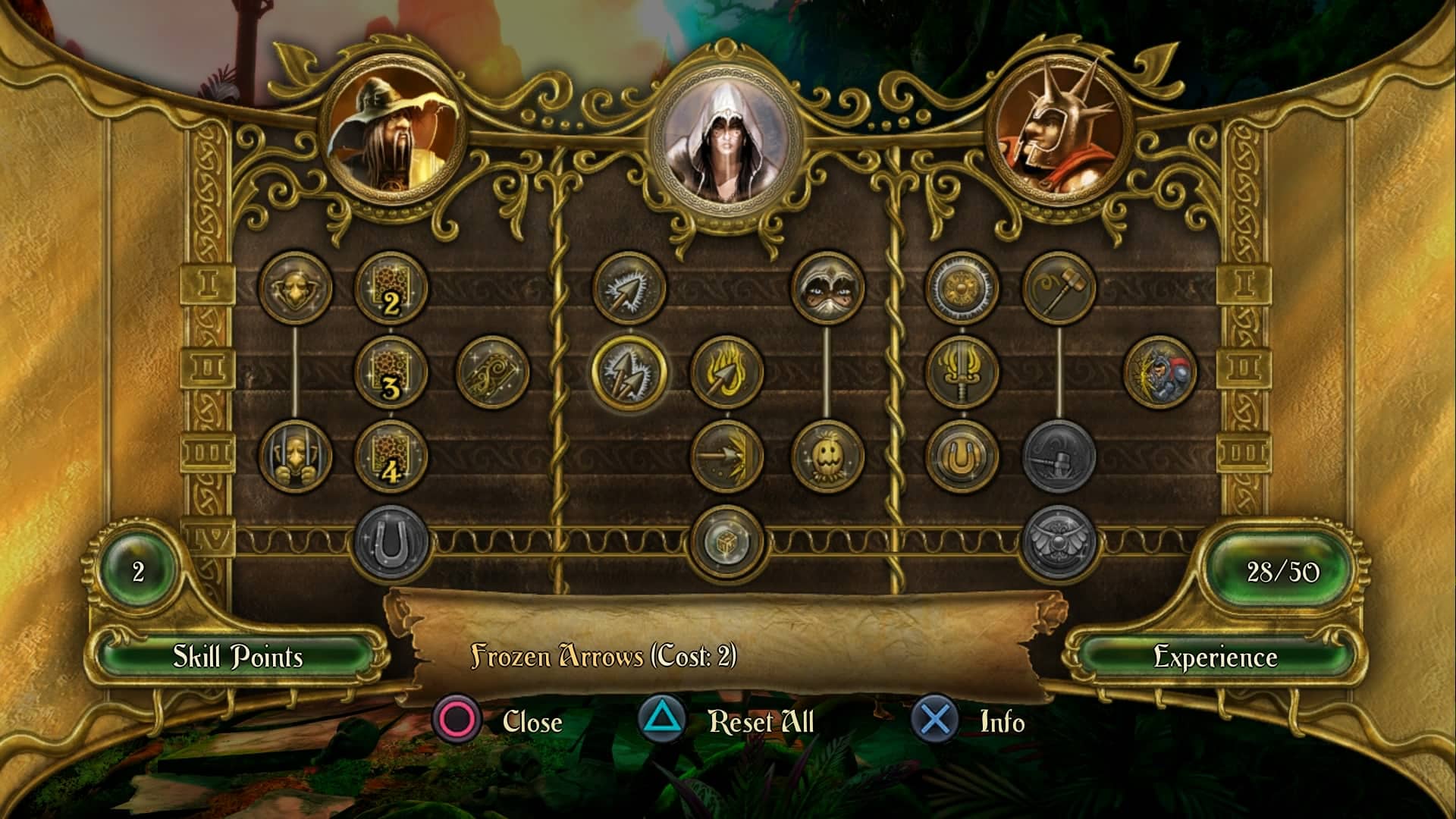 Yes, to play Trine 2 online you will need a subscription of the PSplus thing and while that might sound crappy, well here’s a surprise, back 2 years ago Trine 2 PS3 was free through the service on release, yup but how does that help you today with the PS4 version? well here’s the deal… Trine 2 COMPLETE EDITION PS4 IS FREE FOR ALL PS+ in June 2014, so now you have no excuses to try this game, the game should be out next Wednesday.