First of all, we have spoken about this game before and I did promise a review at one point too but I never did get around to do that as I always found it difficult to review a game that my co-writer and very good Italian friend g0blin/Gianluca Girelli had made and worked extremely hard on together with Davide Palombo and the main brain behind it all, the now passed away Stefano Buonocore,may he rest in peace.

This boxed collector’s version has been in the works for years and never materialized before Stefano passed away and needless to say, this was one of the things he really wanted to do, a full-blown commercial Amiga game but things never got to that before now, half a year after he passed away.

The game got released as a download-only title back in 2014 and it had a very rocky start and never got around to sell all that much because of very little promotion and it didn’t even help by putting it on the Amiga App store AMIStore, now five years later they went on to finally get the physical edition out the door and the big launch was at the largest Amiga show in later times – Amiga#34 which you can read more about here. Sadly, it never took off there either in terms of sales, the promotion was better and they really tried to push the game but people, in general, didn’t seem to want it now either.

The worst part of it all was that the launch was for Stefano’s family and all the money after production costs would go straight to the family to honour him and his artwork.

So, with all this and then some it’s very hard to write about the game and I hope you understand that they tried everything and the gang behind it all are some of the most polite and helpful guys in the whole Amiga scene and yes, they matter a lot to me.

This review is not meant to give my readers guilt or anything like that for not buying the game, its more of a shout for help and gratification for them trying so hard to release a game for our beloved platform. 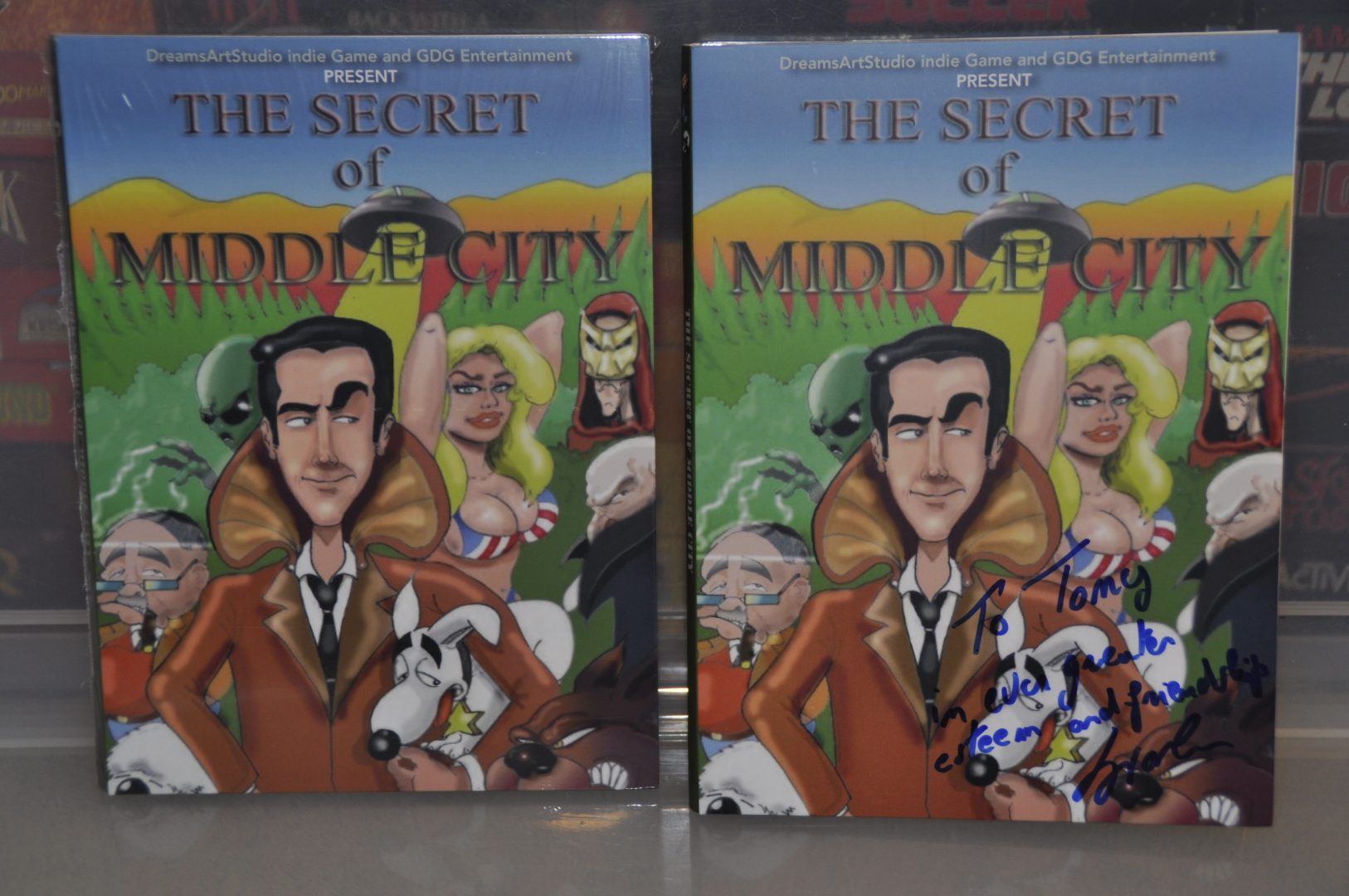 Gianluca sent me two copies of the game, one signed and one sealed one and this is because he knows how much I love my collectables and this way I won’t have to split the sealed one. Normally I would have bought the game on launch but to be honest I have already bought it several times in the past via digital shops. 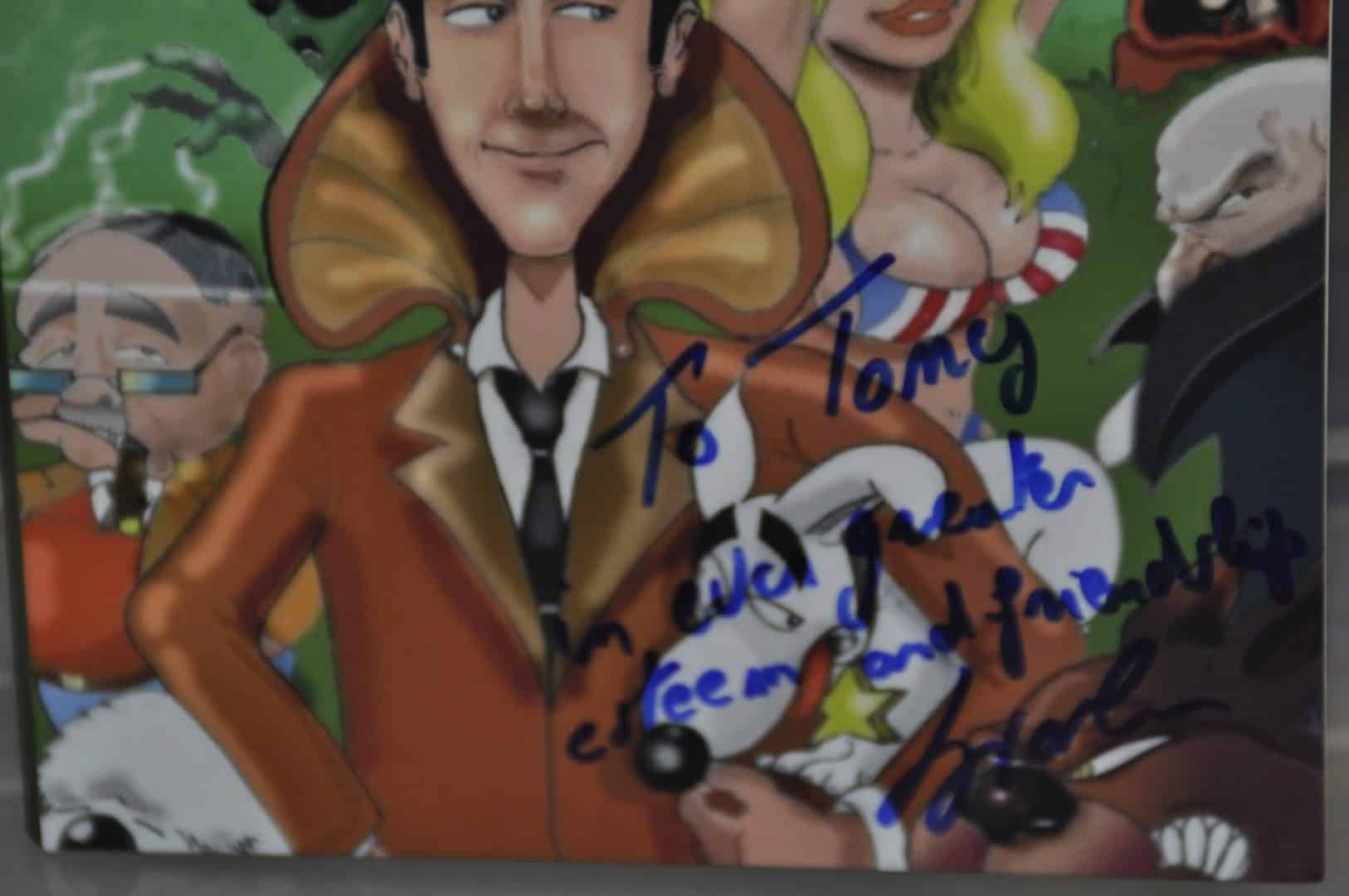 Here’s a close up of the signature, how about that? a personal message and such a kind one. 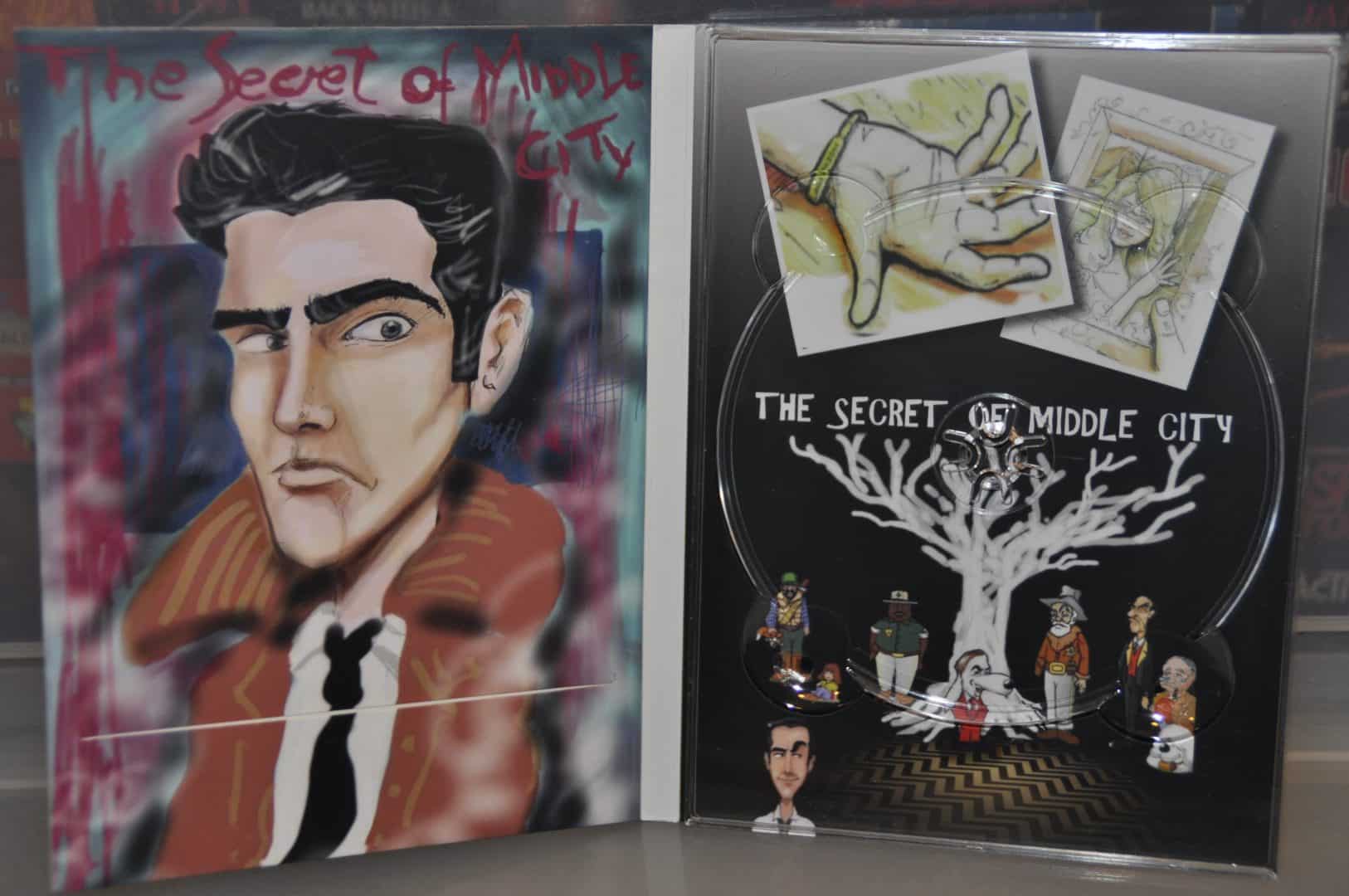 The box is a cardboard DVD sized one with a pocket for the manual on the left and a plastic/glass imitation on the right with a picture underneath, it looks amazing and a very good representative of the game.

The inside is, in my opinion, the best part of the whole release. 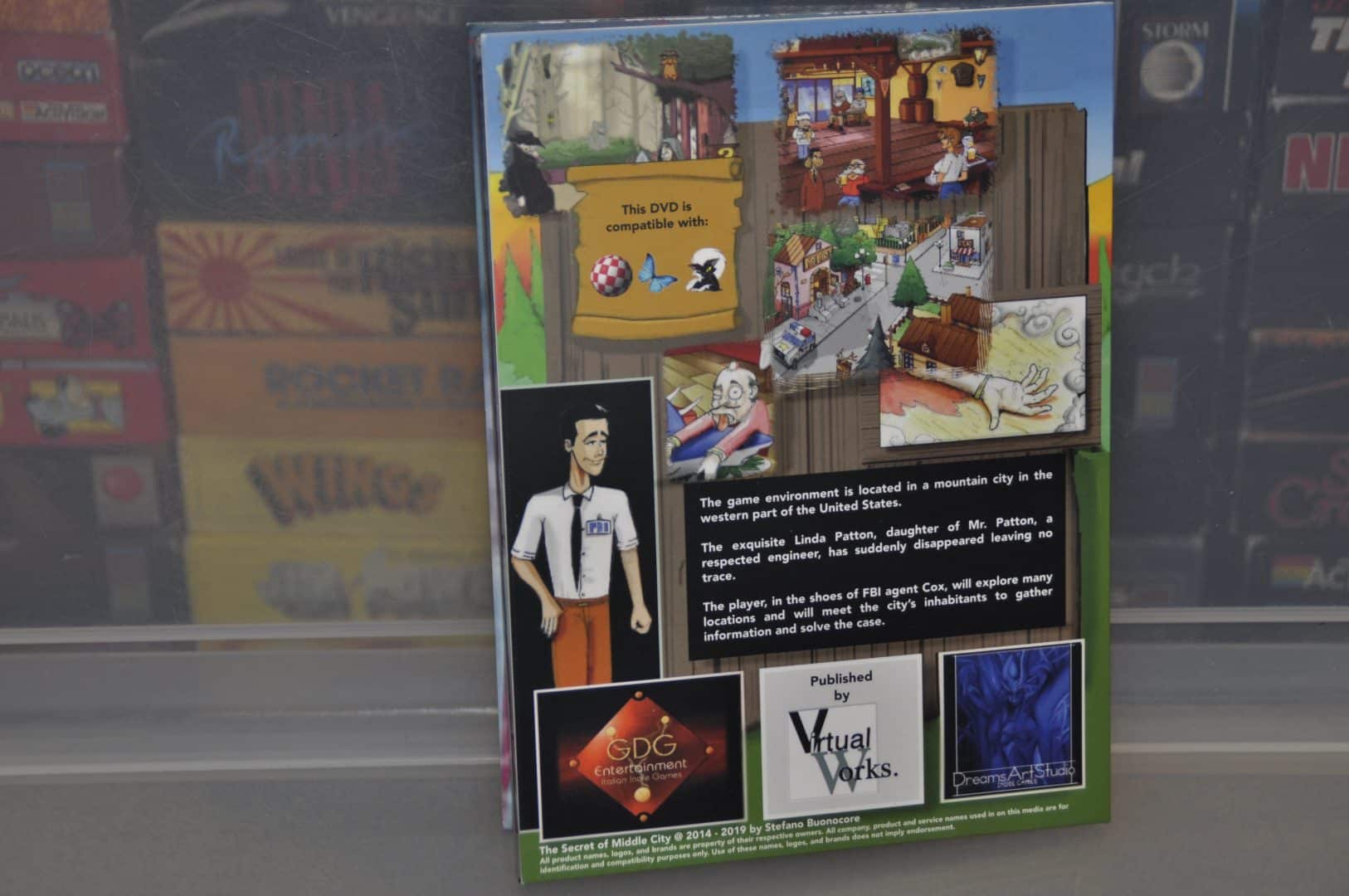 The backside of the box ain’t bad either, it’s a bit crowded but gives a very good feel of the game and most of all the art style. 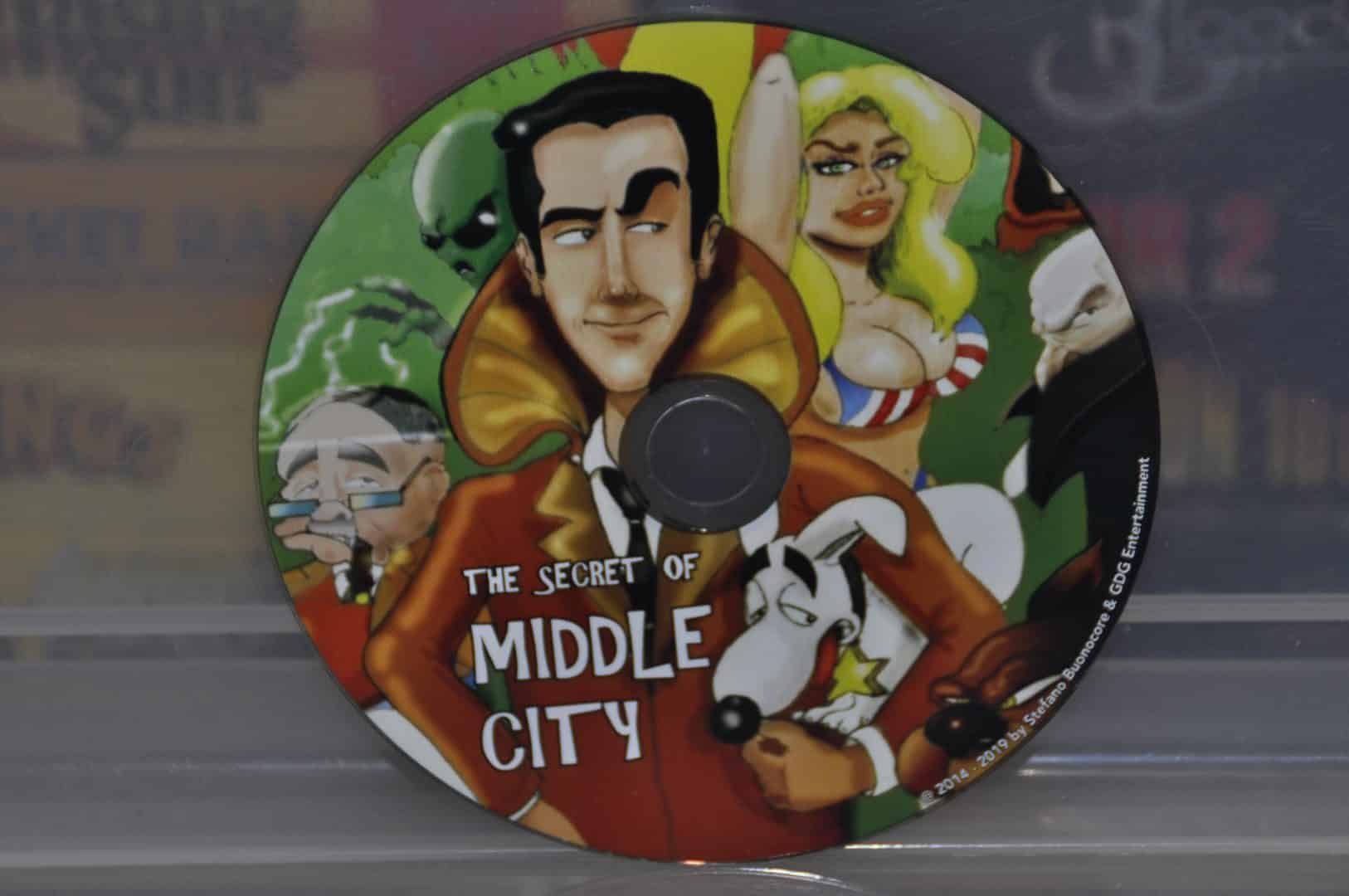 The CD is sadly a CDR and not a proper pressed CD but this is to cut costs so that the family would get some money but luckily the CD ain’t just a CDR with a sticker on it and it looks great, I really like it and I bet my CDROM does too as it must look wonderfull while it’s spinning around in the drive.

I never got around to help much with the game other than some alpha and beta testing but I am still mentioned in the manual which I am ever grateful for.

The manual itself does what it’s intended to do – explain the point of the game and how to play it, it feels a bit generic to me but nothing bad as the quality print and paper really make up for it.

TSOMC is a game made in Hollywood of all things and its gameplay consists of puzzles and is handled in the old-school way of Point’n Click. The art style is the main attraction of the game for sure but the music works and while the gameplay has its faults it’s still very playable and fully enjoyable for those that give it time enough.

Knowing how hard they worked on this game and how time-consuming it was it has to be said that they achieved something big and impressive for a first game (and last sadly) together.

The game works a bit like a puzzle in terms of things you have to do on each screen to get to the next and the puzzles can be rather confusing at times but once you complete them they sort of explain it in words which give a meaning to it all, the game is full of naughty jokes too and often hilarious.

I’d say, give this game a chance, support a good cause as well supporting the future of Amiga games, the box itself is worth the low sum of the game (it’s 15 euros for the Physical Edition and 5 Euros for the Downloadable version). The gameplay, music and graphics got its flaws but hey, it was their first game and they gave it a real shot and most of all, they succeeded in getting a game out of 15 years of trying for Stefano as that is how long he wanted to do an Amiga game and draw all his ideas and characters and so on.

You can e-mail Gianluca at gianluca@gdg-entertainment.it with a proof of purchase and will receive a link for the Windows and/or Macos edition for free as these versions ain’t on the actual CD.

The game can be bought from several stores, STEAM, AMIStore and for the physical boxed version at Acube here.