I wrote about this Calendar last year too, but back then it was covering 1989 on a 2019 Calendar, I guess that was a bit confusing but the point of the calendar is to be a real calendar for the following year but it covers the best games of 1990 and as we Amiga guys most likely remember, 1990 was an amazing year for games.

I have copy-pasted this next section from my last year’s article (this is for new readers or those of you who never got around to read it or buy it).

The Amiga Reloaded Calendar is such a creation, Martin C Grundy (@C64Reloaded on Twitter) ran a twitter and facebook pre-order thing a few weeks back and luckily I managed to snag one of these calendars before it was too late.

Wonder where to buy this new Calendar? , well read the section above and be quick as I spoke with Martin yesterday and he told me that he is running low already with only 10 Amiga Calendars left in stock. 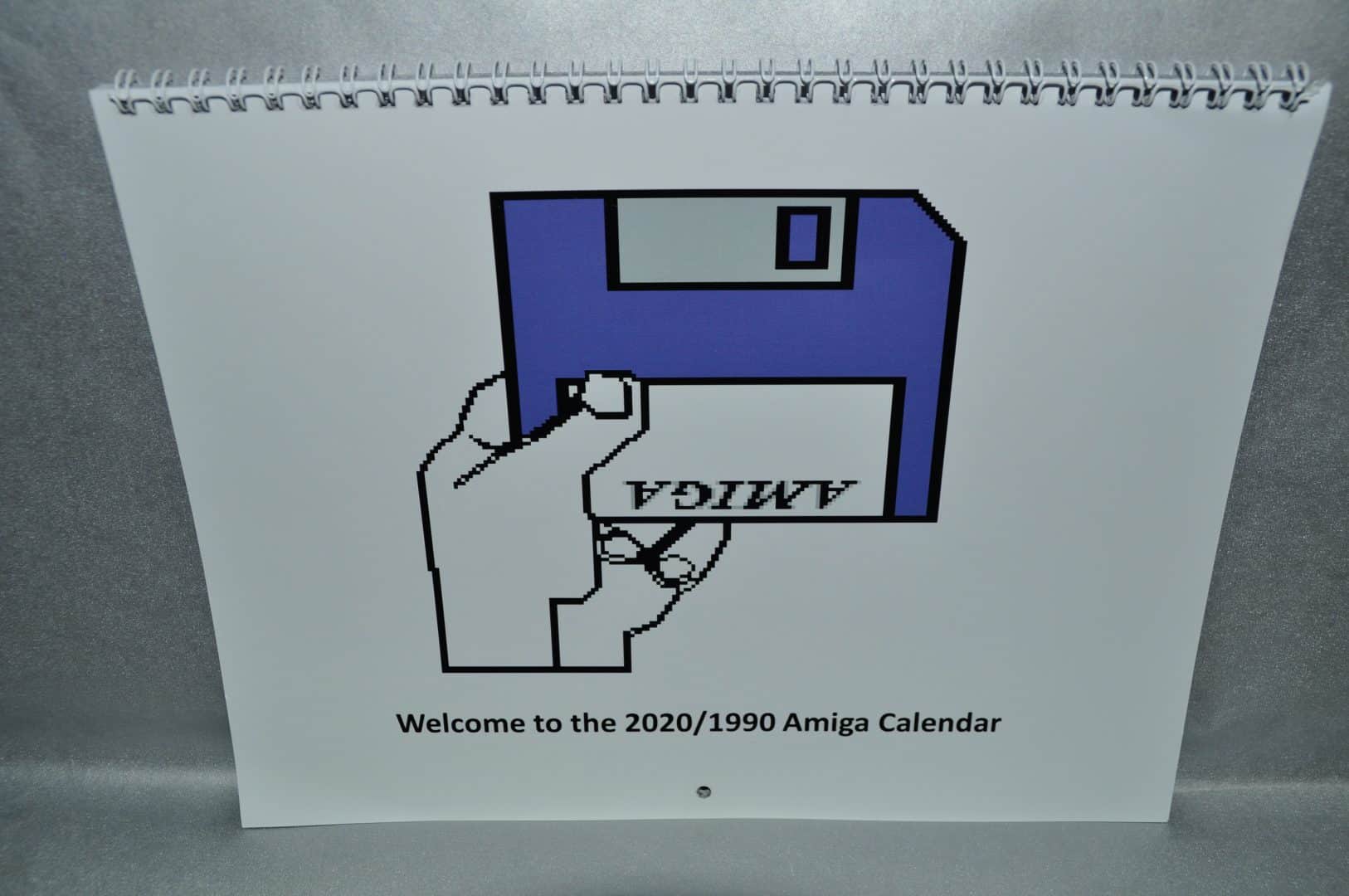 The famous 1.x Kickstart image is yet again the front page of the calendar, just like last year. One thing though, the RELOADED part is gone, I haven’t got around to ask him about that but he will most likely answer that when he sees this write up. 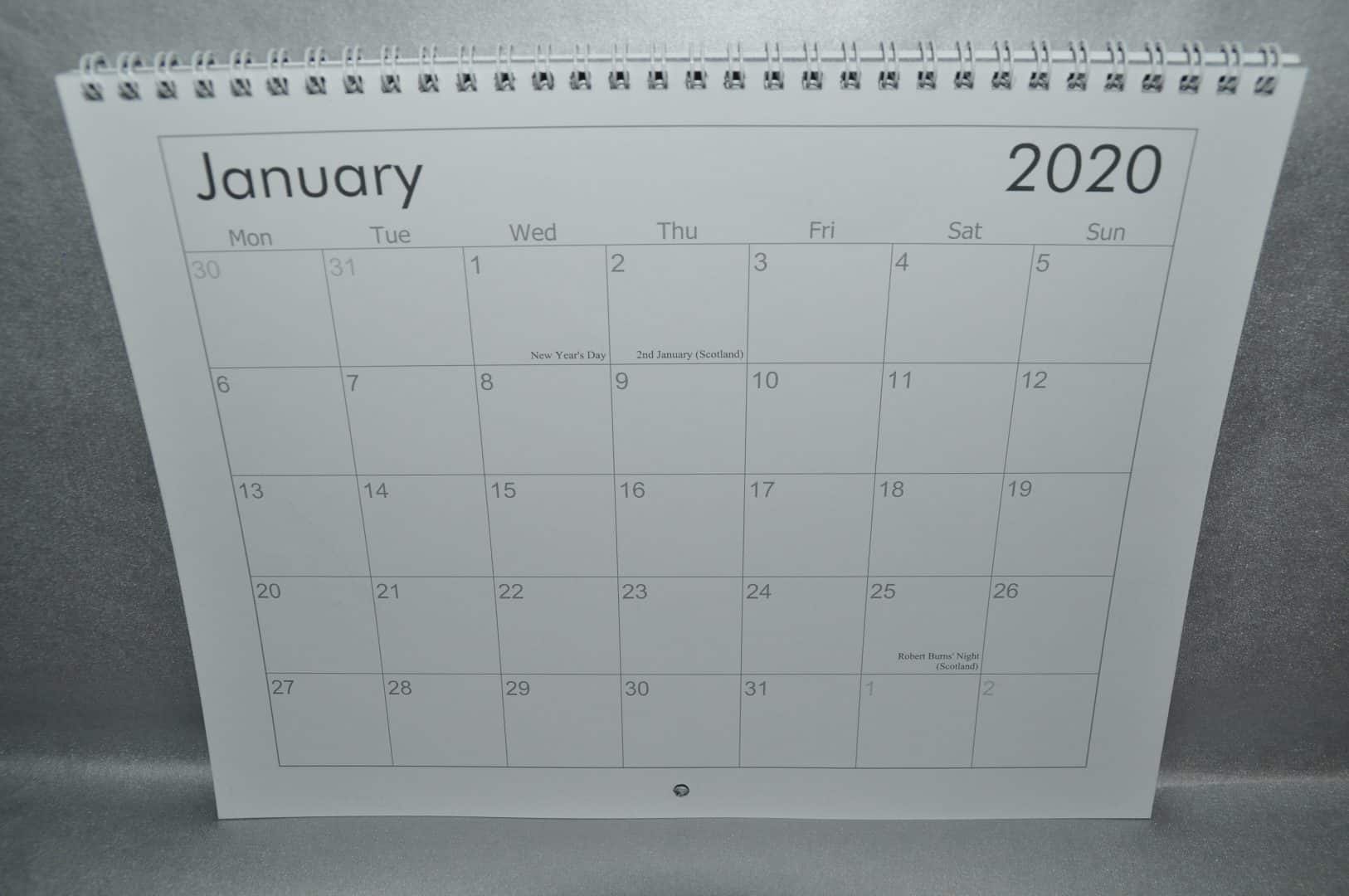 This is how the actual calendar of 2020 looks, I decided to only include one picture of that for obvious reason.

As most Amiga gamers out there they will most likely remember every single game for all the 12 months and there’s a reason for that as it covers what most think of as the best games of 1990. 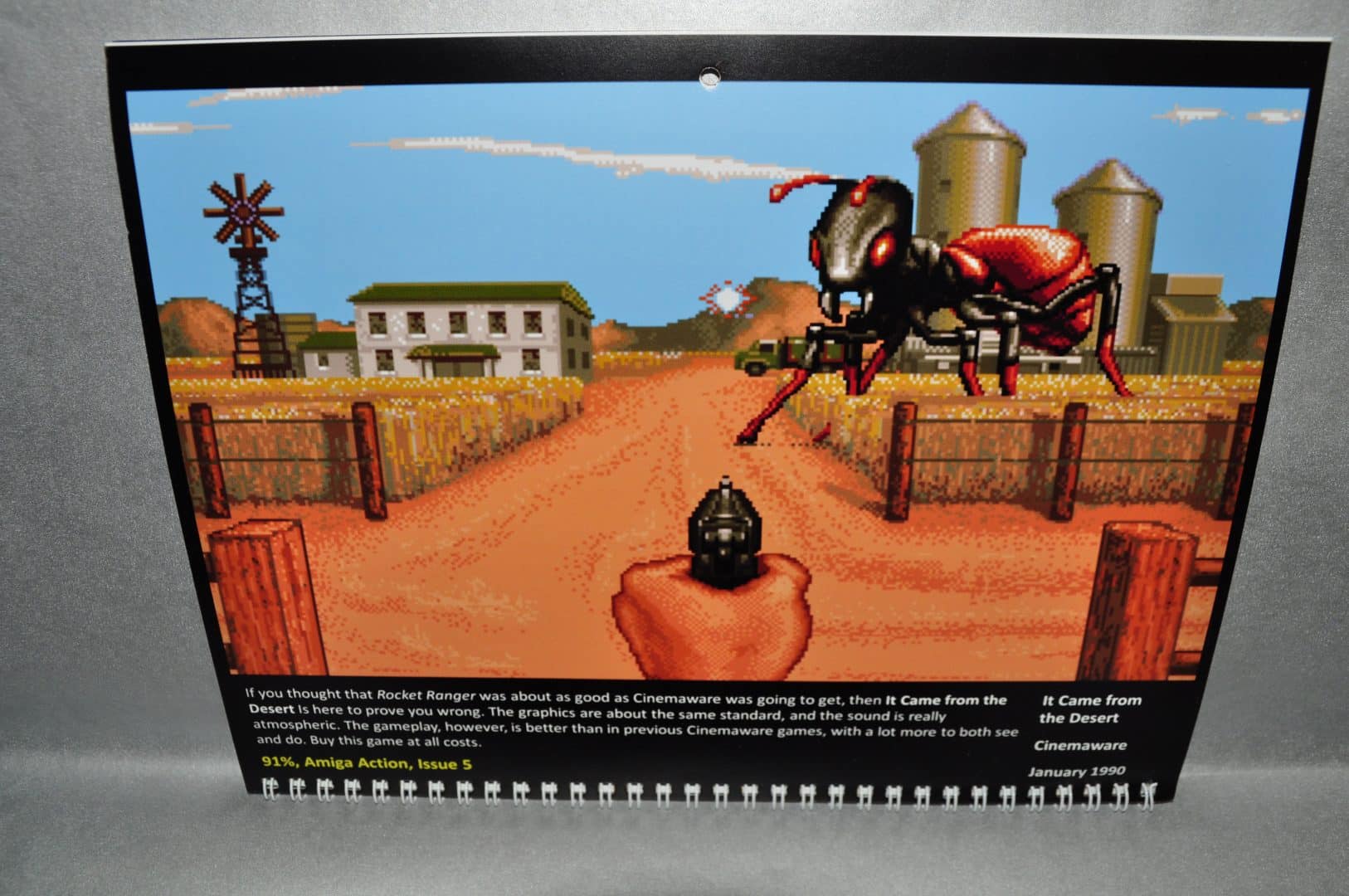 Like last years Calendar, this one also starts with a bang! – yes, it’s It Came From the Desert by Cinemaware. A game that I somewhat didn’t understand at first but eventually grew to love. This game was launched in January 1990 to critical acclaim and scored high with most if not all reviewers out there and as seen in the screenshot above Amiga Action gave the game a score of no less than 91%. 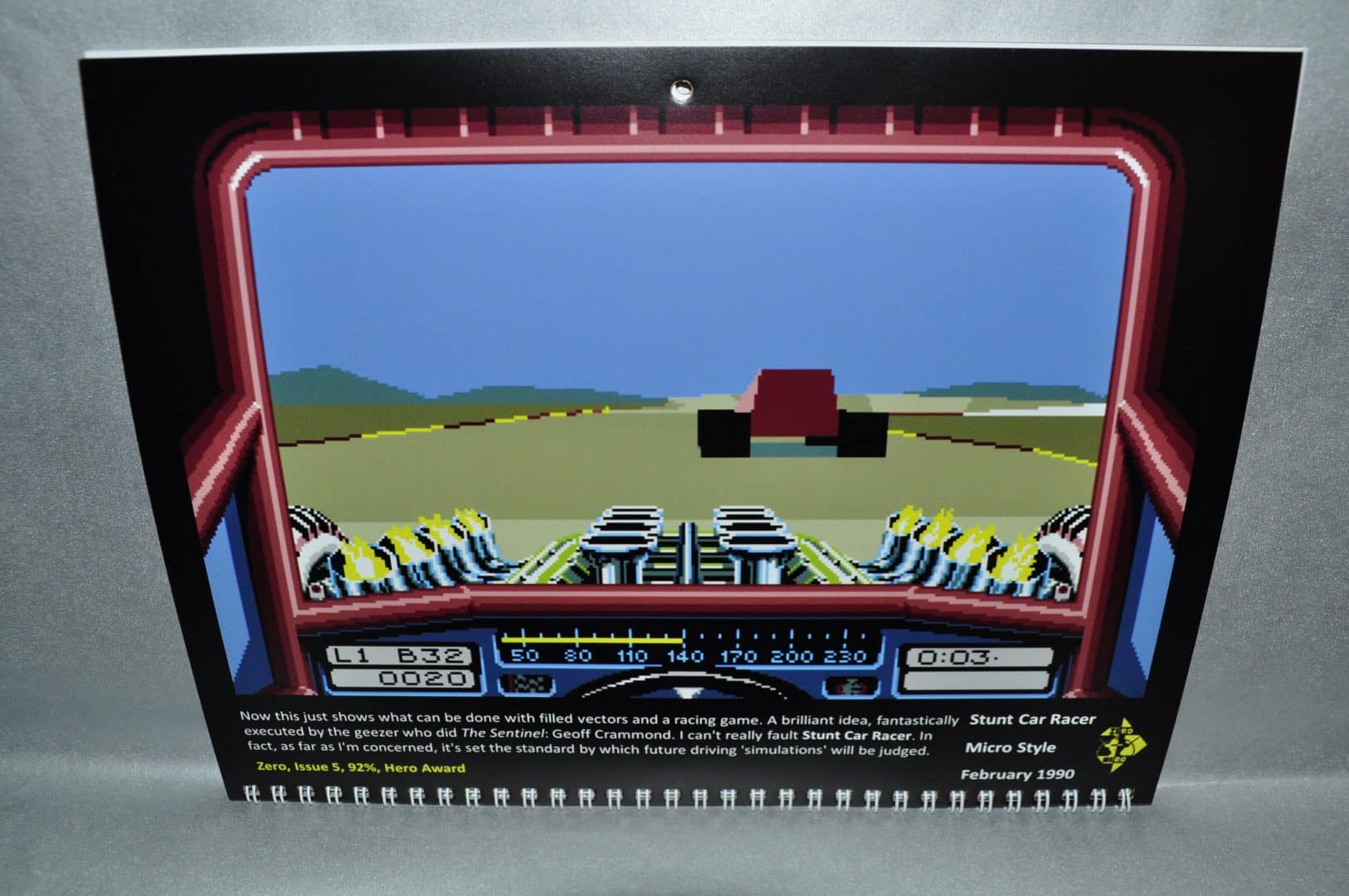 Stunt Car Racer is the game of February 1990 but to me, this is a game from 1989 but I guess that was an early crack/leak or something. Stunt Car Racing blew my mind back then (still does) and that is not only because of the crazy tracks but because of everything in it, awesome graphics, brilliant sound and it were even fast too which normally vector games on the Amiga never was.

Next up are another 3 groundbreaking games for its time, March, April and May hold no other than Battle Squadron, Rainbow Islands and Turrican respectively.

Rainbow Islands was a port by Graftgold and is seen as one of the best Arcade to console/computer conversions even done for the Amiga, yes it is missing some levels but who cares?

Next up is Turrican, Factor 5 showed us yet again that Console games could be done on the Amiga too, mindblowing soundtrack and insanely good graphics are just two of too many good things one can say about this game.

Pirates! was another game that blew me away, I spent all summer or 1990 on this game and I will never forget my friends face when they saw it for the first time.

Kick-Off from August 1990 came a bit too late to be the summer craze but it certainly took off at school and every weekend for many months to come.

Loom from Lucas Film was another of those games that I didn’t understand for a few years, most likely to my young age and the odd graphics, but the day I started to understand it was like no other experience, most definitely one of the best games of 1990 for me. 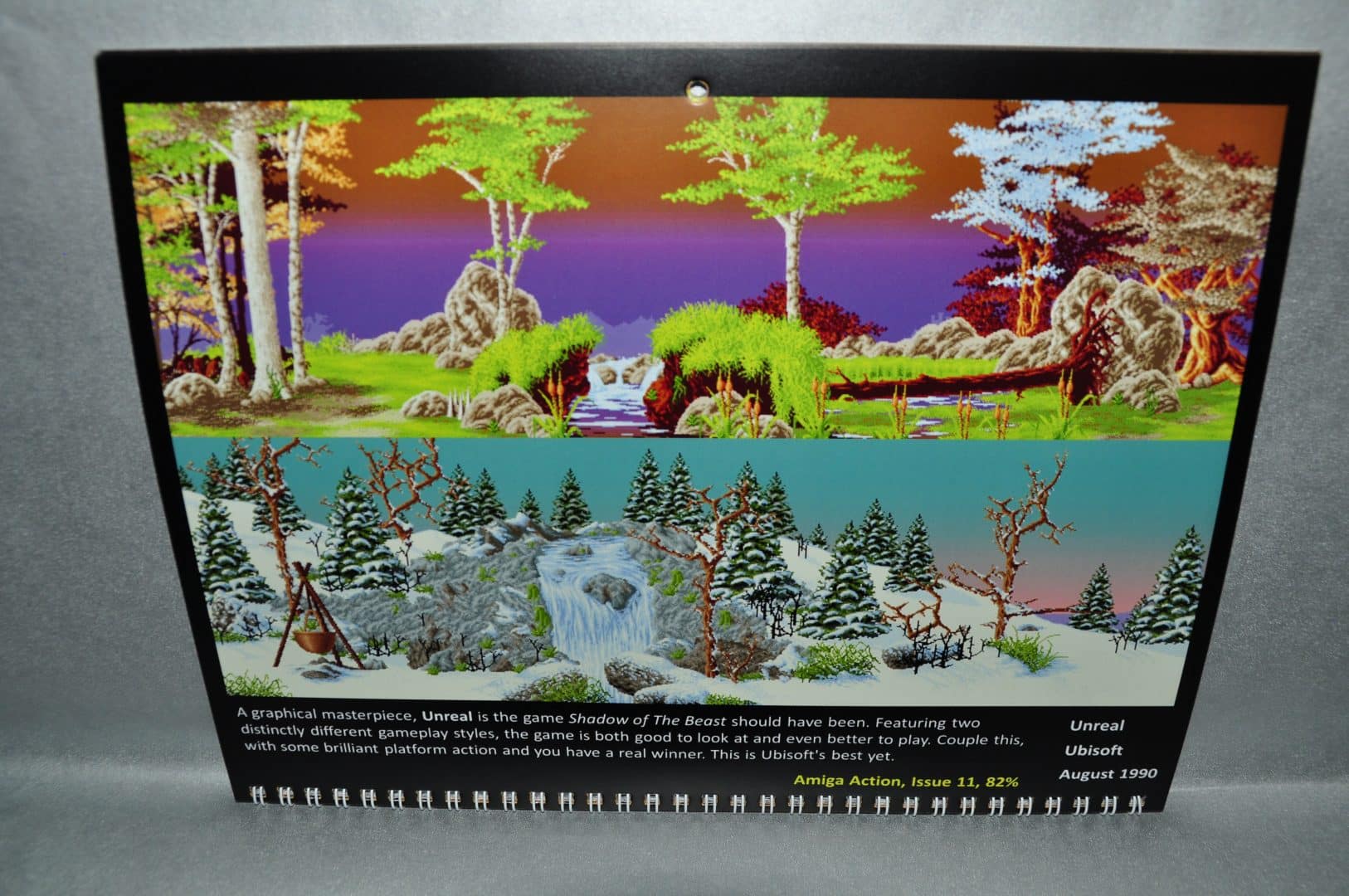 Unreal by Art & Magic and published by Ubisoft was released in July 1990 and while it had its gameplay flaws it certainly was one of the best looking and technical games ever to come out for the Amiga. it is certainly a game you have to play a bit to appreciate it as the controls are a bit off and the difficulty is unfair.

This studio eventually got a contract with Psygnosis and released the Amazing game (and one of my top 10 titles ever for the Amiga) AGONY.

I have decided to stop here which means that I won’t show the rest of the Calendar so I don’t spoil the surprise for those of you who order the Calendar now, but yes the next four games are indeed some of the most defining titles of the Amiga as a proper gaming machine.

There are only 17 copies left of the Calendar now which means if you want one then hurry up and buy it now, the price is 17 GBP including postage (at least from the UK to Norway). You can either email at Martincgrundyathotmail.com or buy it via Facebook in the Amiga groups or on Twitter at @C64Reloaded. This year’s calendar is more or less the same as last year but this new one somewhat covers more of the ones I had expected to be in it. The print quality is still brilliant and I can recommend this splendid Calendar like the one you should use next year (instead of the local supermarket one or whatever).