Retream is back with yet another game, you might remember the highly popular SkillGrid for the AGA Amiga from earlier this year but if not then you might know of his other games like BOH or Huenison. 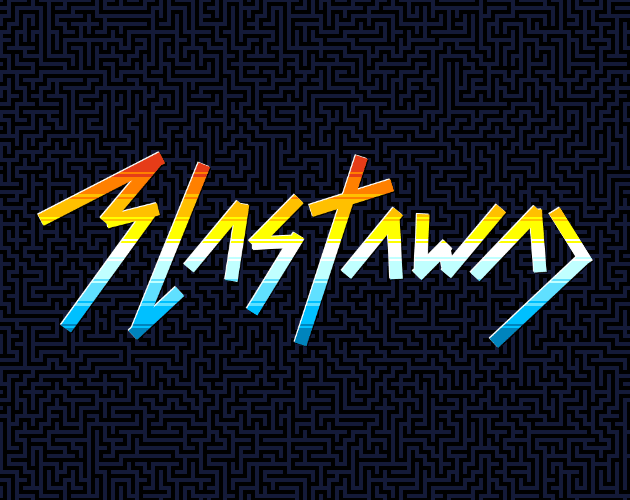 This time around he made another Amiga OS4.1 title which means that all classic Amiga owners more or less are left in the cold, luckily there is a Windows version available too which might help some of you out there. 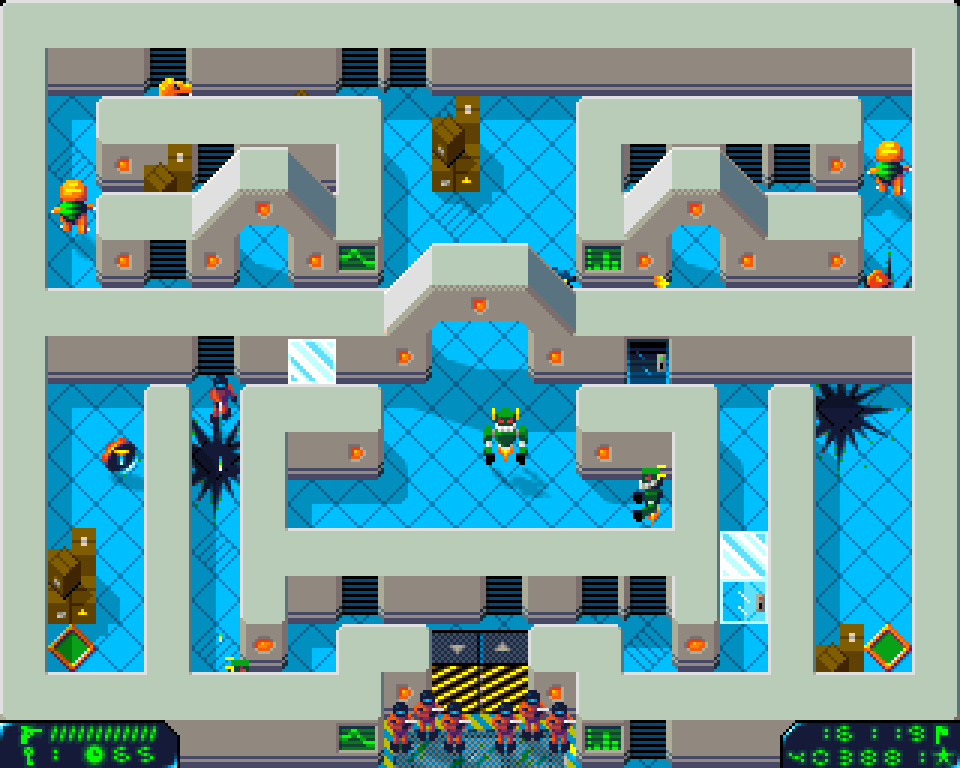 First of all, is that Blastaway is at first sight very similar to the old classic Wizard Of Wor for the Commodore 64 among other platforms which some of the older readers here might remember.

With new elements like some really good looking pixeled graphics and new elements of game mechanics like keys and doors and pickups among other things.

The game spans over 50 levels with several different types of arenas/rooms styles which means that there are more than enough levels for most people out there. 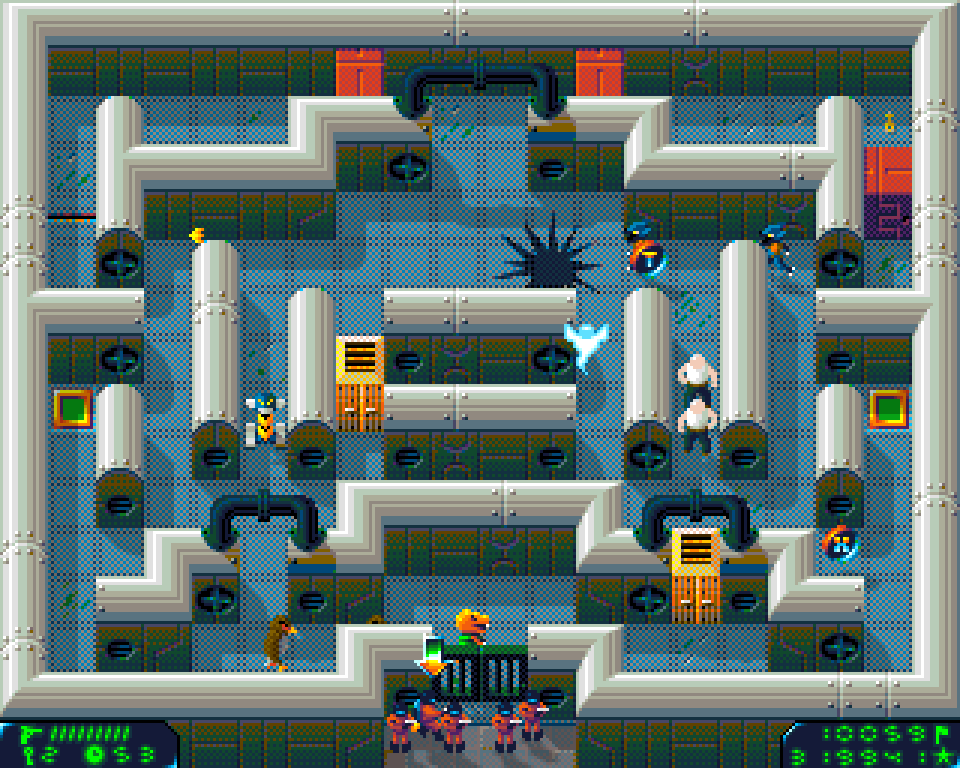 Blastaway comes with many features and solutions but the one I liked the most was the CRT filter which actually made the game look better, or rather more like a true old game which it apes after.

As with most modern games today there’s also a screen resolution selector in the game and I tried most of the modes and some of them are way too slow on my Peg2 G4 setup especially in higher resolutions sadly ( I went with 800×600 in the end ).

The reason for this is that Simone did actually optimize the game for the OS4 platform but with the Windows version being the main / lead platform (which does some funky effects like zoom etc) and those are just too demanding for slower OS4 machines even though if Simone made several optimizations.

One more thing is that this OS4 version was released mostly because of the Amiga community asking for it (well, me at least) which certainly helps to forgive some of these things and I am sure a lot of others are very grateful for it too.

The graphical style of some of the levels do feel a bit like tiles from The Chaos Engine or the likes but this game ain’t anything like that in terms of gameplay mechanics as this is a single screen shooter where you look for keys and shoot enemies and once you have cleared all of the enemies you continue to the next level.

One of the main concern for the game is that the gameplay does get stale over time due to the amount of variety in it, there ain’t any midlevel action or whatever and all you do is doing the same thing over and over again, but with that said there are power-ups and portals and the likes spread over the stages and they do work rather well at first but yes it ain’t enough to get you hooked so much that you won’t put the game down sadly. 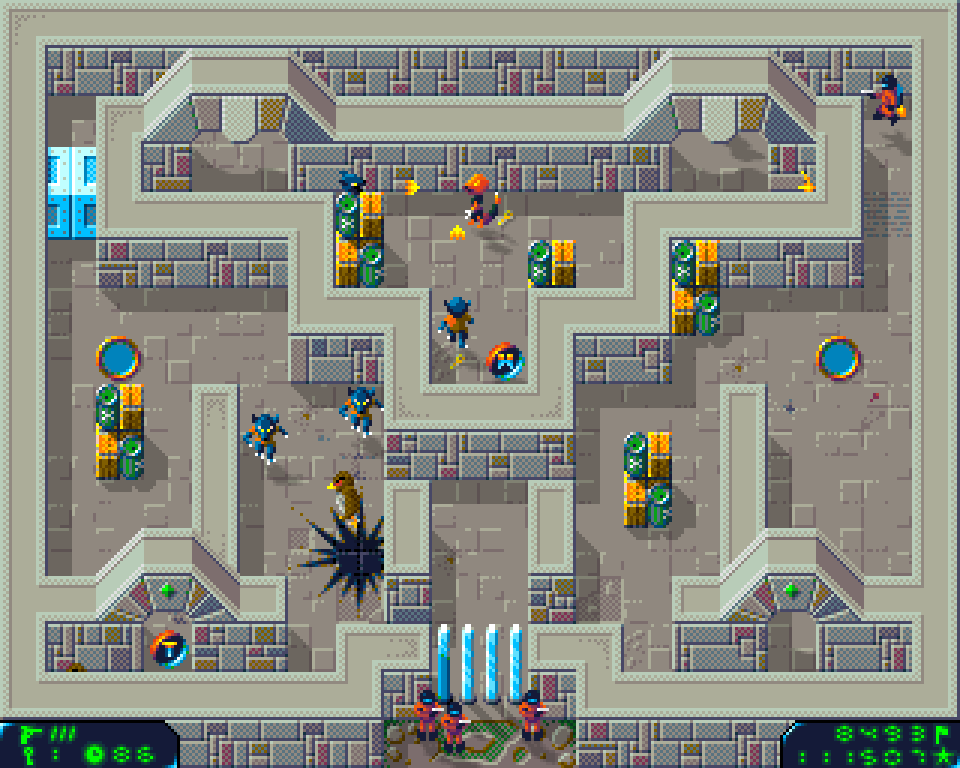 This review might sound harsh but the best thing about Blastaway is that it’s FREE with an option to donate the developer some money if you like the game or want to show him some appreciation for his hard work. It’s crazy to think that this game is FREE when you know that the developer needs money badly and that his games are his main income at the moment but see this freebie as a motivation to buy his other games (they got games for Classic Amiga, OS4, PC and the Commodore 64 so you got no excuse to not support him… right?)