Ever played Diner Dash?, a game that made roared the world with its burgers and drinks and the game that spawned a whole genre of various games like Flight Control and many others. 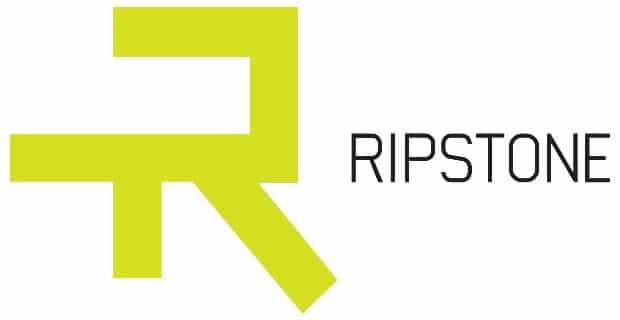 Men’s Room Mayhem is not developed by the same developer as the others as this game is developed by the now-defunct Studio Liverpool who used to create WipEout.. umm time for some toilet humor here… WipEout…and now Men’s Room.. obvious connection eh?.

Anyway, the game is all about guiding people around the men’s room to make them take a dump or a leak or wash their hands without making some sort of a disaster of all of it. 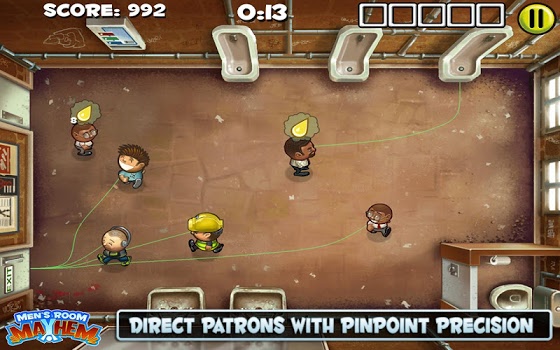 First level and the first umm guest, he had a “yellow drop” over his head which meant that I had to send him to the nearest urinal, after that i sent him to the sink so he could clean his hands before i sent him out the door, nice and quiet… almost too simple…

I jumped straight to the last level here but if you want more locations info and such then look at the bottom of the article. the last level is a circus and it’s smelly, it has no floor nor tiles..it’s in a cage/tent and i guess that is the best place one could send these guests at a circus. 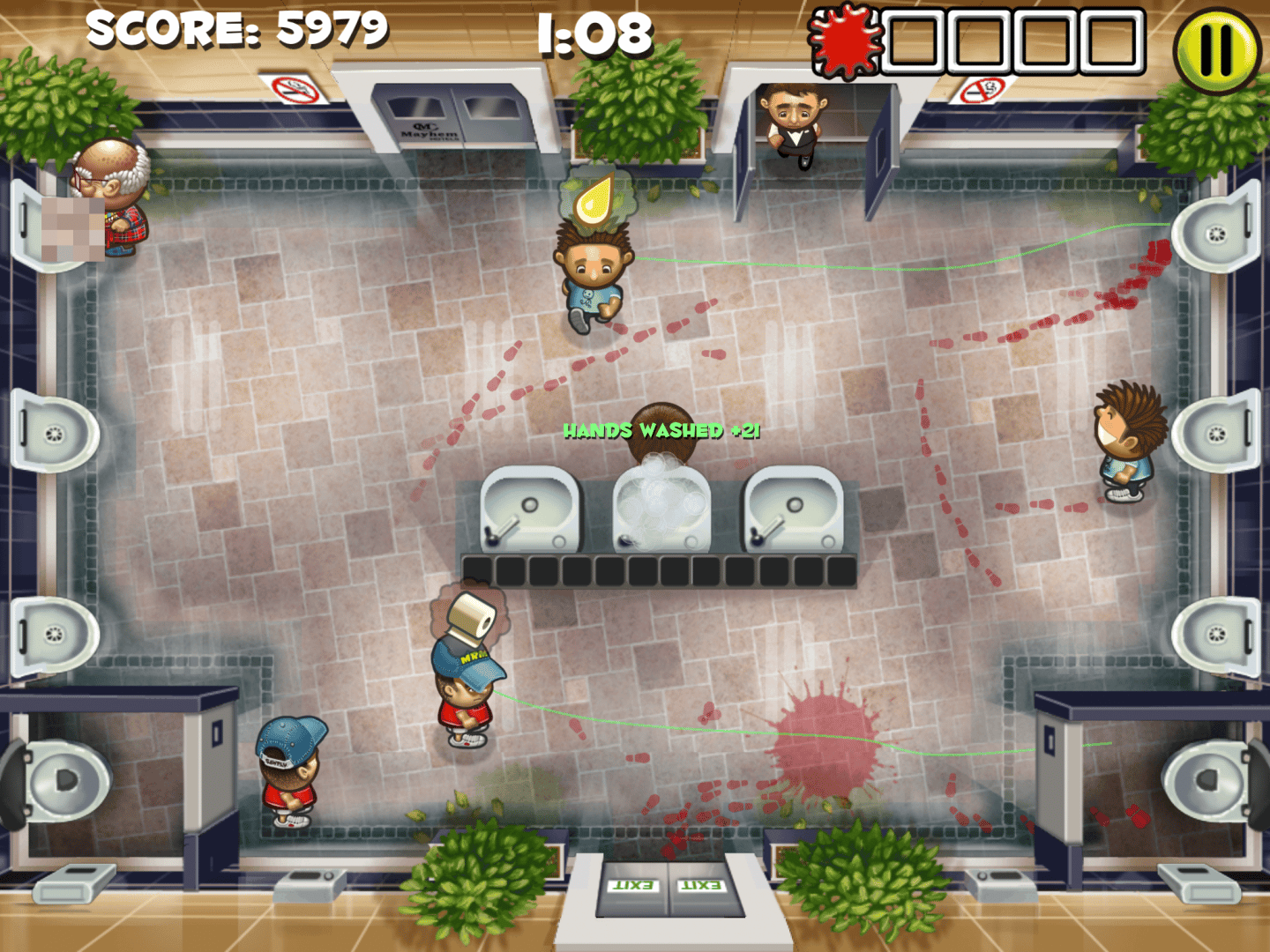 A little bit crowded here but far from the chaos, this game gets to eventually, the 2 guys at the right of the screen has just taken a dump as they had a toilet roll over their head so that is why i sent them to the toilet.

The guy at the bottom is finished washing his hands and i am about to send him out the door on the upper left.

You will eventually see this screen as the game gets hard fast.

Only 2 modes in the game but its enough really as one can only guide “needy people so much..” 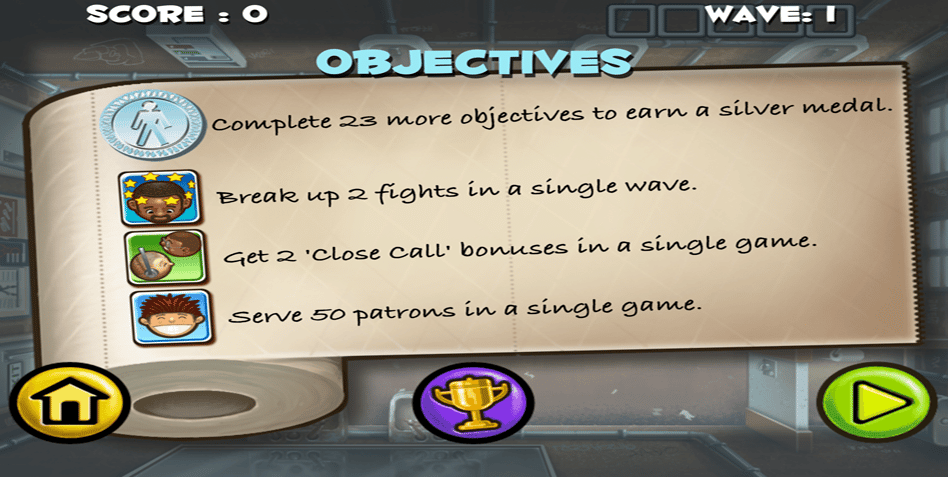 The game has a few funny moments, here is one.. a girl entered the toilet, the guys in the room starts to whistle and starts going outside of the paths you give them and eventually makes the game very hard as not being able to control men next to whimmen can be a pain in the arse (sigh..).

The game has objectives and as soon as you’re done with one then you get a new one, completing all 24 of them will give you a nice gold trophy!!. 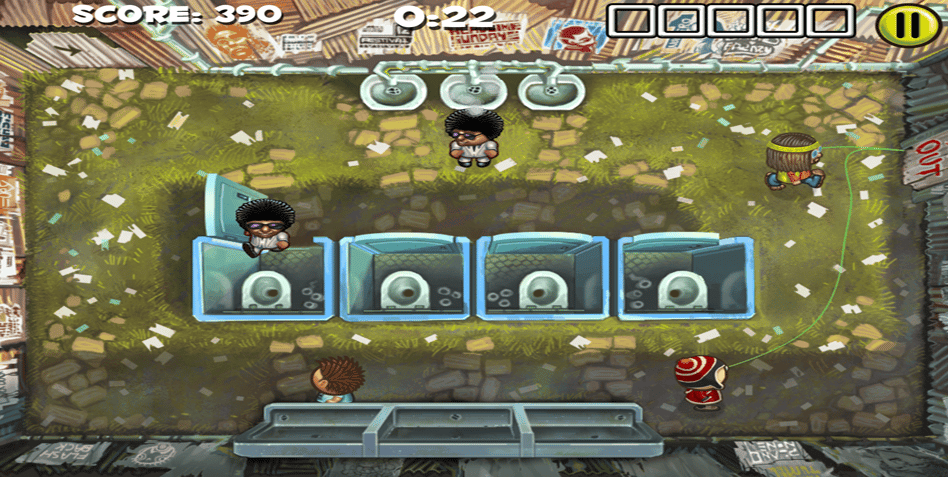 Men’s Room Mayhem could have been a sequel to Diner Dash really, i mean.. the guys eat way too much and way too fast in Diner Dash so naturally, one has to send them to the toilet afterward… Just like you have to do after you have eaten at McDonald’s..

Flight Control was the second game i played of this style (released after Diner Dash) and it’s almost like it was meant to be… Diner Dash… Eat, Flight Control… Fly. Men’s Room Mayhem…Take A Dump… an obvious connection.

The developer must be very proud, they developed AAA games like WipEout for 15 years and then they finally got to make a spiritual sequel to a feeding game and while i really want to stuff the game down the toilet (or urinal) i simply can’t as for some silly casual feeling i like the game for what it is and it felt very rewarding to guide those little men around to help them not pee or shit in their pants.

— EDIT: Had to put in some new random pictures as all the old ones are gone sadly:(