If I and Jeroen Tel got one thing in common then it has to be that every game has to have a good soundtrack and I guess this is why I ended up being such a fan of gaming in the 80s, the Commodore 64 SID chip has always made me smile and no, I am not an musician at heart but a good tune is something I often appreciate more than good graphics or code and I guess this is something we can thank both the SID and Paula chips for.

The Cybernoid games were always “the two games with the awesome music” and to me, the best versions were the C64 ones and I certainly remember the day I fired up both of the games on the Amiga, my first reaction was – WHAT HAPPENED TO THE MUSIC?

The Cybernoid games were Raffaele Cecco’s breakthrough games for many but if you wonder where you have heard that name before, well, I guess it might help if I say First Samurai by Vivid Image.

Then it all struck me again, I never really played the game on the Amiga… I just listened to the opening music, over and over again.

I really like the Amiga music, no it ain’t as good as the Commodore 64 SID but it got that pre-Soundtracker/Protracker sound to it and for some reason, it tickles my music bone quite a bit. YouTube to the rescue, someone already put it up (only the music).

Cybernoid uses grey and browns a bit too much for a 16bit game, a typical problem with many games back in the Atari ST age of Amiga games.

Cybernoid still rocks in the music department but how was the gameplay then? I decided to take a break after 10 minutes of dying and getting mad at everything, the game simply wasn’t any fun and I really missed the opening music while playing.

I was playing this on my Amiga CD32 so I decided to give it one more try but this time with running the opening music in Hippoplayer on my other Amiga sitting next to it, this is something I normally never do but I just had to give it a go, me liking the song and all that.

I completed the game about 4 hours later, the music made me ignore all the problems with the game, the confusing weaponry, the pickups and yes getting lost all the time.

The thing though, I really enjoyed some parts of it and while there wasn’t anything groundbreaking about this game on the Amiga I can certainly understand why many think of this one as a proper gem on the 8bit format.

The worst part with Cybernoid – The Fighting Machine for the Amiga was that it never took advantage of the hardware, there’s no Amiga magic to be seen anywhere and sadly there were quite a few slowdowns throughout my playthrough.

Cybernoid II – The Revenge came out a year after the first one and this is one that I played a lot on the Amiga back in the day, I must admit that I do prefer the Commdore 64 version of this one too but the Amiga version was certainly a huge upgrade from the first one, that’s for sure.

The gameplay remains pretty much unchanged from the first game but everything feels so much more polished and refined, the use of colours helped too (yes, the first one was a bit too much sterile IMO).

The graphics, navigation and weapons feel better in this sequel but maybe most of all is that it feels like a 16bit game.

I decided to include the soundtrack for this too, I love this song and I think Fredric Hahn did a great conversion of Jeroen Tel’s timeless Commodore 64 Classic.

Edit:  It seems my Whdload install was broken / old update or whatever and therefore I were not able to turn on the SFX, yes the game got SFX but make sure you got it installed properly (Thanks Dom)

I personally think that Cybernoid II – The Return is a much better game than the first one, much better graphics, flashy copper effects (umm ending), more enemies and weapons as well as the graphical design is much more, let’s say, special.

Mark K. Jones certainly spent some time on pixelating all those faces and whatnot, the game might look similar but once you play them right after each other then you notice the differences quite quickly.

I did complete Cybernoid II too this week but I never looked at the clock as I completed it just after a few runs, but if I was to guestimate it then it took about 2 hours to blast through it and when I reached the end I also realized that I had completed it before too, as that ending sure was odd. 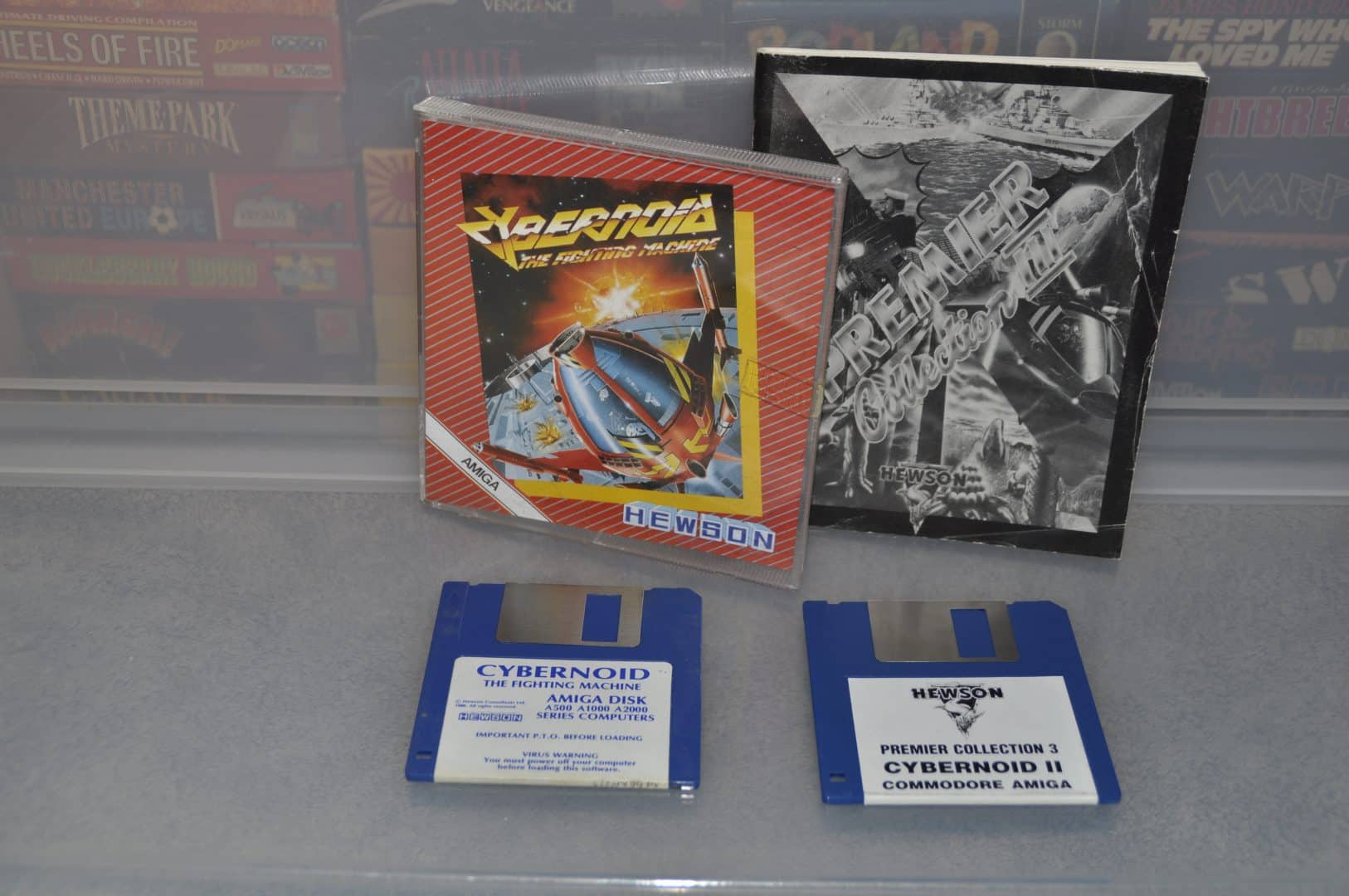 Two great games and I really regret not getting the original Amiga release of Cybernoid 2 – The Return as well, I had the C64 version already and wanted to spend my hard-earned Paperboy route cash (I was 14) on other games, which means I ended up buying the Hewson Premier Collection bundle at a much later point, not sure if I even paid for it or the floppies and manuals were given to me for free (I can’t find the receipt anyway…)…

Solid games from the past that was edged by its 8bit versions but for some reason is still very playable to this date, revisit them and see for yourself.

I found this Cybernoid 2 theme spacesynth remix while looking for the original soundtracks on the net and i thought this was worth mentioning as its a bit different than the other remixes out there (and I like the Jan Hammer style 😉), enjoy.

4 thoughts on “What About The Music? – Cybernoid On Amiga”