PONG 4K was released earlier this month and yes it is another new Amiga CD32 title (seriously we are getting spoiled here!), strangely enough this time around it ain’t a Shoot ‘Em Up but an arcade classic reinvented, PONG 4K is exactly what it sounds like – A Pong remake with loads of new features.

In this day and age people think of 4K as ULTRA HD Display or whatever, PONG 4K ain’t about that at all as it is still in Low-Res 320×267(!) but just think of the 4K name as a link to the 4 Player option, a feature that is more or less the whole point of the game. 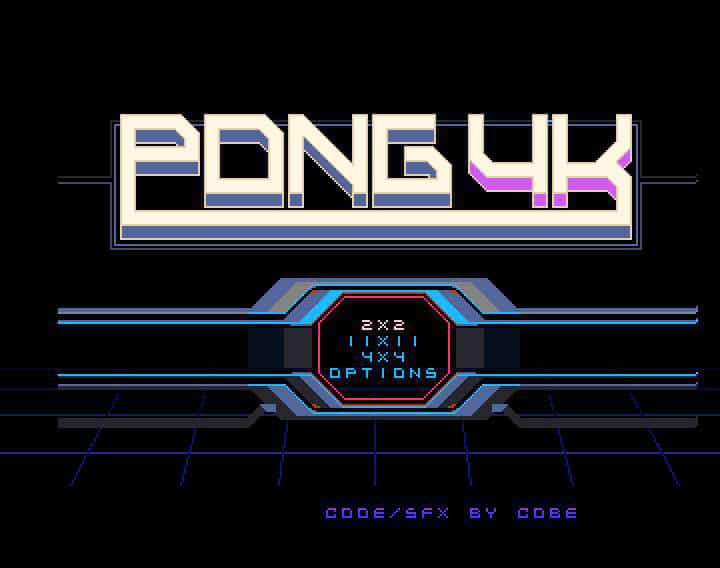 The developer has nailed the multiplayer aspect by enabling 4 players simultaneous gameplay without the need of a 4 player adapter or the likes, the way its been solved is that you can either have:

The 4 Player is genuine fun and a proper party game, most games do get better when playing together with others indeed which means that this is one you want to pull out whenever you got friends over. 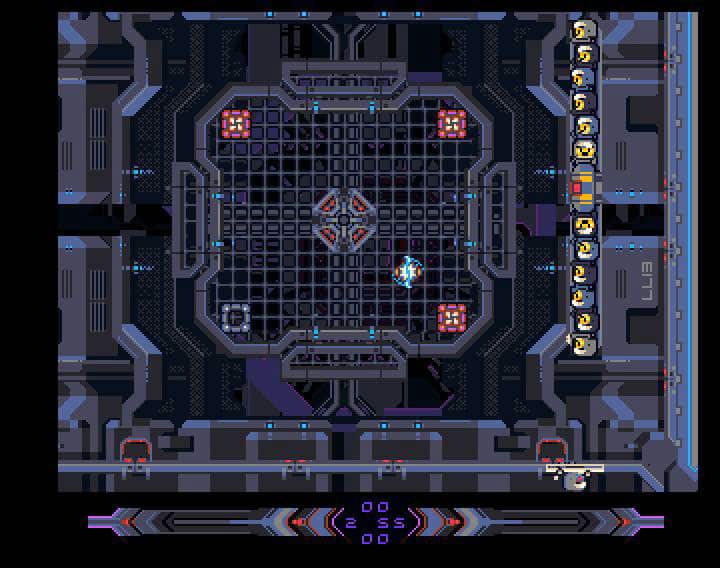 The simplicity of PONG has been updated many times in the past (but not on the Amiga(?) for sure, but this new game offers wonderful music and graphics with some trickery 8 way Parallax scrolling that both look and works great.

The game does require the AGA chipset which means you will need an A1200, A4k or CD32 for playing the game, with that said the game also works fine on most Amiga emulators of course.

The music in the game is proper CDDA music tracks and the style of the music itself sounds really retro’ish and certainly, one of the better things with the game, the simple style and good choice of samples really help set the mood for the whole game.

PONG 4K manages to be simple yet contemporary due to the style of the game and of course, the weapon pickups does help to make everything a bit more serious and challenging. 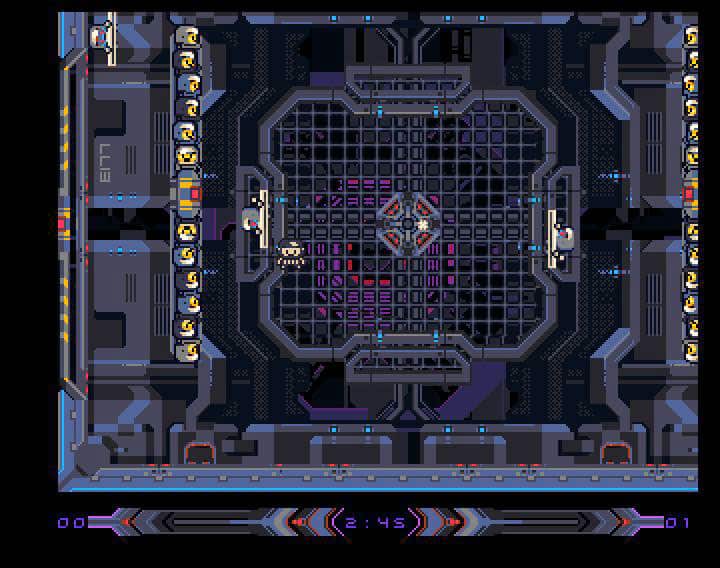 PONG 4K was one of those Retrokomp Game Dev 2018 games, an event that has brought us many games the last few years, Trap Runner, Bridge Strike, Lumberjack and Furry Tanks springs to mind.

And loads more to come (hopefully). 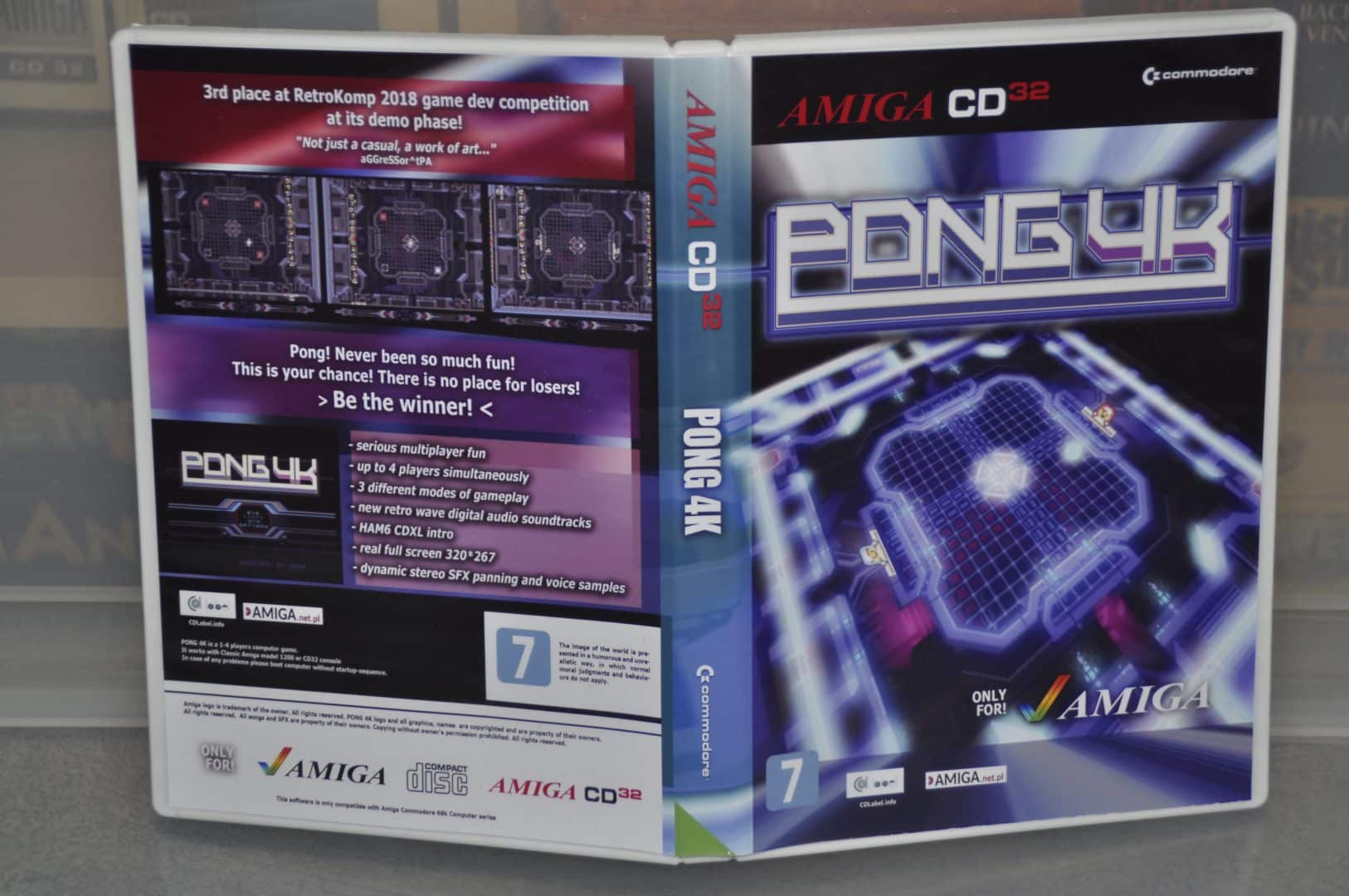 The PONG 4K release comes in a white DVD case (like their other games), very good looking cover with loads of great colors, at first glance it does look like a render from the opening CDXL intro for the game.

The backside looks as professional as the other games from the publisher, everything laid out in a good way with something that looks like a standard that they have set themselves over the years.

The manual is tiny, not much to see here other than that they have decided to do a multilanguage one, lots of information in it even though it is just a single page per language. 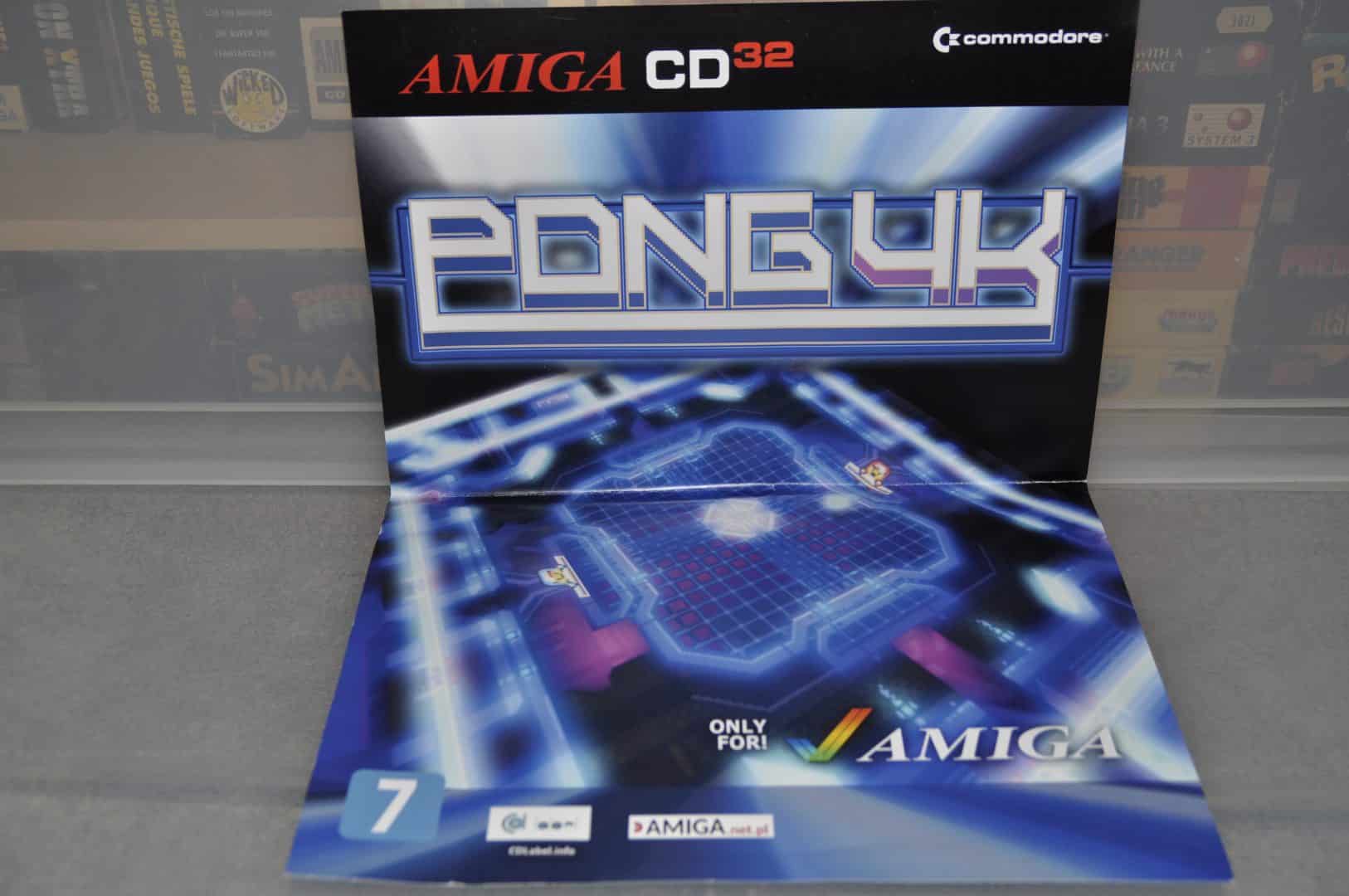 The A3 Poster included is the same image as the front of the game box, looks great but it would have been nice to see something extra.

PONG 4K is available right now and best of all is the price tag of just 9 Euro, for this you will get the boxed version as well as a digital version which you can download right after you buy the game straight from the website, – Go get it now.

If 9 Euro is too much for you and you ain’t interested in the boxed edition then you can grab the digital version only, the price for that is 5 Euro. 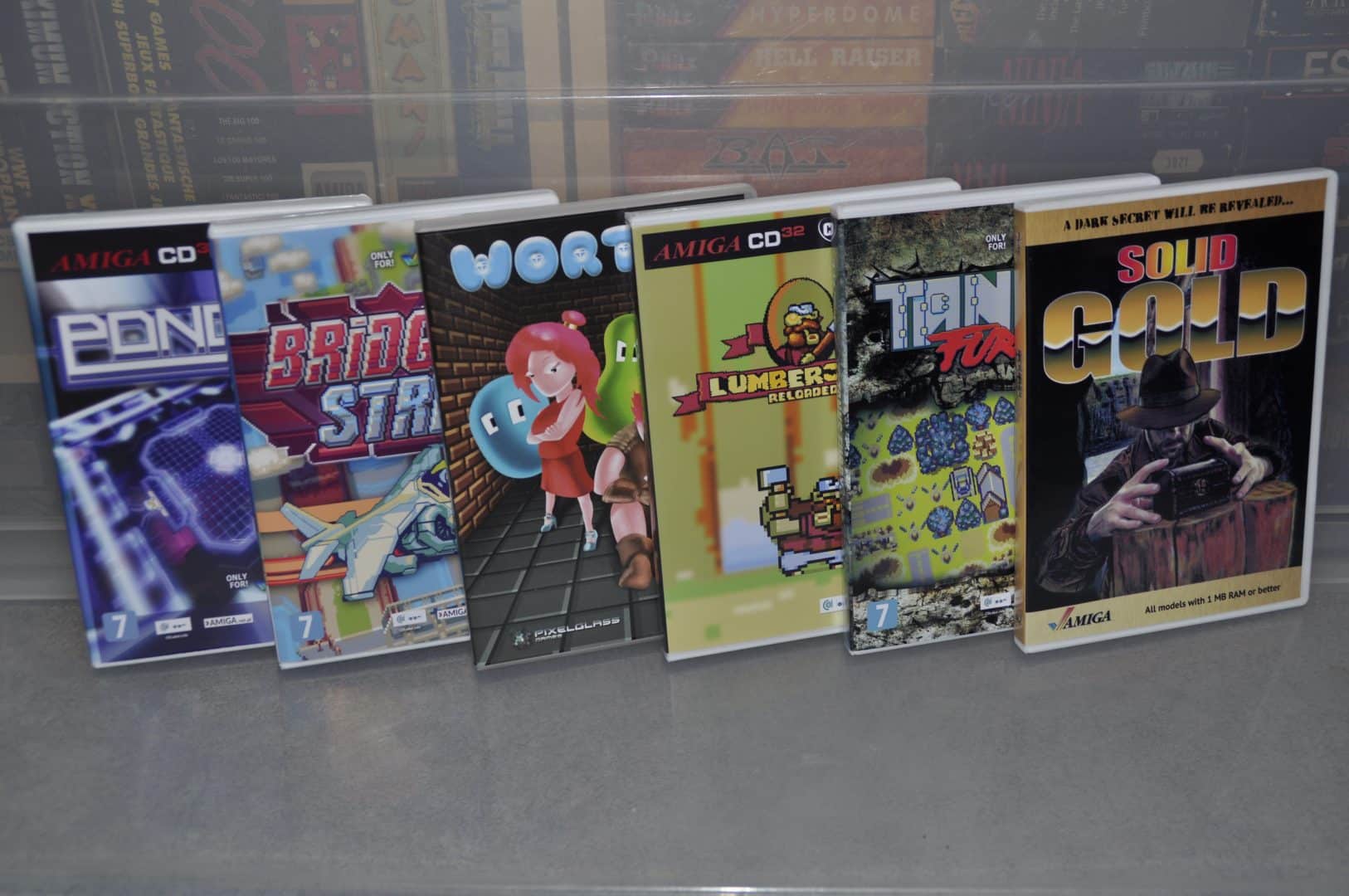 The publisher Amiga.net.pl has certainly upped their game over the years by giving us loads of quality titles, I can’t recommend them enough, have a look at their webshop right away, I have bought every game from them so far (see picture above), I urge you to do the same.

PONG 4K ain’t exactly an AAA title or anything near it but it successfully manages to do what it was meant to do with smooth gameplay, wonderful gfx,sound and bucketloads of fun 1 to 4 player fun. In its own right, this is one of the better PONG variations I have played and to me, this is a bit like the smash hit Babeanoid game, a game that just gets better every time I fire it up.