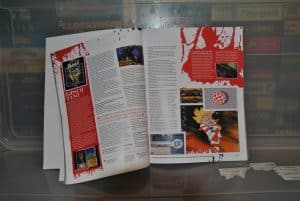 It was back in January when i heard that there was a new Amiga book out, a book named “The Amiga Book” and i kept seeing people posting a picture of them with the book, yet i had not heard anything about this book before at all. I kinda ignored it at first which is typically me on Facebook, i read it, view it and then forget about it. The thing is that with this book thing was that the posts didn’t stop popping up so i decided i should check what the fuss was about.

I checked Amazon, sold out, i checked Amiga retailers, nothing, i checked around on eBay, found a few but everyone was abroad and the price and postage didn’t scream “BUY ME, BUY ME”. 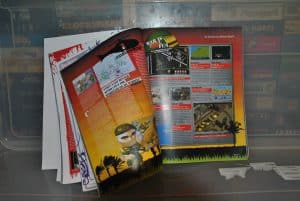 Time went and i had given up on looking really and just wanted to sit it out and see if the prices on eBay went down, that or find one locally here.  I checked everywhere possible in my town, absolutely nothing, they checked all their databases etc…  nada.

I guess this is where i should have stopped up and asked myself what this book really was.

I managed to get in touch with a nice bloke on Facebook who had a spare one for sale, he didn’t ask much for it so i went for it.  good stuff and best of all he promised to wrap it up good so that it wouldn’t be damaged in the post. 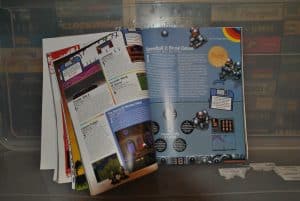 The package arrived today, woohoo!, i got all excited because it is not often that i get new Amiga Books so i unwrapped it nicely to find the book inside, the first thing that hit me was, HEY! THIS AIN’T A BOOK!, it’s just a normal magazine!.
Yup, it was indeed a normal magazine, you know, the way Amiga magazines used to look back in the day when we had Amiga Future, CU Amiga etc… Why on earth they have called it “book” is beyond me but yes the marketing worked as i wouldn’t have bought a magazine for sure.

I  should have investigated it properly and i guess i should have paid attention too as i see others have complained about the same now that i re-read some posts.

Anyways, i got the book at least and it is a “book” which takes the best of the Retro Gamer magazine articles and put em here in one “book” so basically there might not be much new stuff to read in here for the people who read RetroGamer a lot.

The book is full of pictures, laid out pretty good too and it feels very professional too although when i skimmed trough it i felt a lot of deja vu as there were articles and interviews about: 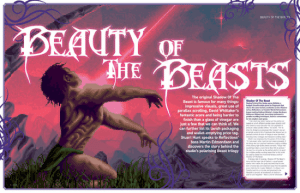 These articles are just a small part of the book but there’s more of them in here that i have felt i have read many times before but there is also quite a lot of stuff that i will enjoy more although everything feels very familiar. 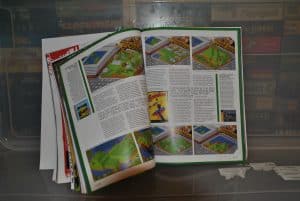 It is no secret that i have been an Amiga fan and user since the mid 80’s, i know games and i know them good so of course this kind of books and such will always bring little new on the table as this kind of books is supposed to tell other people what was so great about the Amiga and so on, so all in all i don’t blame them for it giving me deja-vu here.

178 pages of Amiga ain’t the wrong ad this book will bring a lot of fond memories back to people who left the Amiga in the 80’s or 90’s and most likely this book will trigger some retro emotions which will make them fire up UAE or take out the Amiga from the cupboard or the loft or whatever, RETRO IS IN.

The Book is about the Amiga 500, no mentions of the A1200 or such here so i expect a book 2 to come out to cover the AGA generation?..or CD32 for that matter.

There are Collector’s Guides in here, both collectors tips and recommended games, nice touch!. 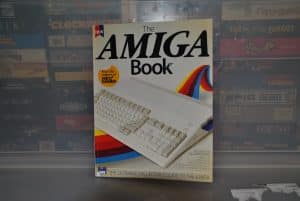 Even better was the look back at some accessories, joysticks and various add-ons like Action Replay III etc, good to see these pictures again.

Another good article was the SCUMM Origins one, it covers the story about how the genre Point And Click came about.  Well written and a welcome one even for me who have played and tested just about every SCUMM game the last 10 years.  (i have been beta testing and developing the AmigaOS4 version before “Raziel” took over.

They even mentioned the Demoscene although it is mostly only the early years and of course (yet again) Spaceballs – State Of The Art is mentioned.

PD Scene (or maybe one should call it the Indie scene these days) is also covered and i found it cool that they mentioned Parachute Joust and Roll Or Die as those was 2 wacky ones that some people thought was proper commercial games at the time.

Megaball is also mentioned but somehow it seems they managed to confuse some of the backstories about DXball as Megamall’s successor is DXball to my knowledge.  I haven’t got a PC to double check but i could have sworn that the first versions called it a remake of Megaball.

The Shadow Of The Beast article was yet another one that i really enjoyed, some new details in there for me and best of all, well written.

I will recommend this book as one to buy for most Gamers out there but do not expect it to be a book, it is a magazine and it is mainly about Games and it only covers the Amiga500 era, oh and yes it is mostly Reprints of Retro Gamer articles.