There are some games that just get to you in a matter of minutes, Spec Ops: The Line is one of those games, i completed the game today and my first impression was true as this was one heck of a ride.

The game is set in post-apocalyptic Dubai where sandstorms and survivors rule the land.

Visual may seem very “all sorts of grey and shades” but that is actually not the case as it’s actually quite varied, the best part of the game is being outside as the sand vistas are really refreshing and not that common (yet) in today’s shooters.

Spec Ops The Line is like the older games in the series, it’s a squad based game but you can choose to go all Rambo in it if you want to but then i suggest you play it in easy or something as the game can be really hard at times due to annoying difficulty spikes.

The game nearly broke the fun for me with those difficulty spikes, i did play on Suicide Mission (the most difficult one you can start with (a normal name would be “Hard” i guess) and the game was hard all the way through but there was like 10 places where i was stuck from anything from 10 to 30 minutes at and i just kept dying and dying.. 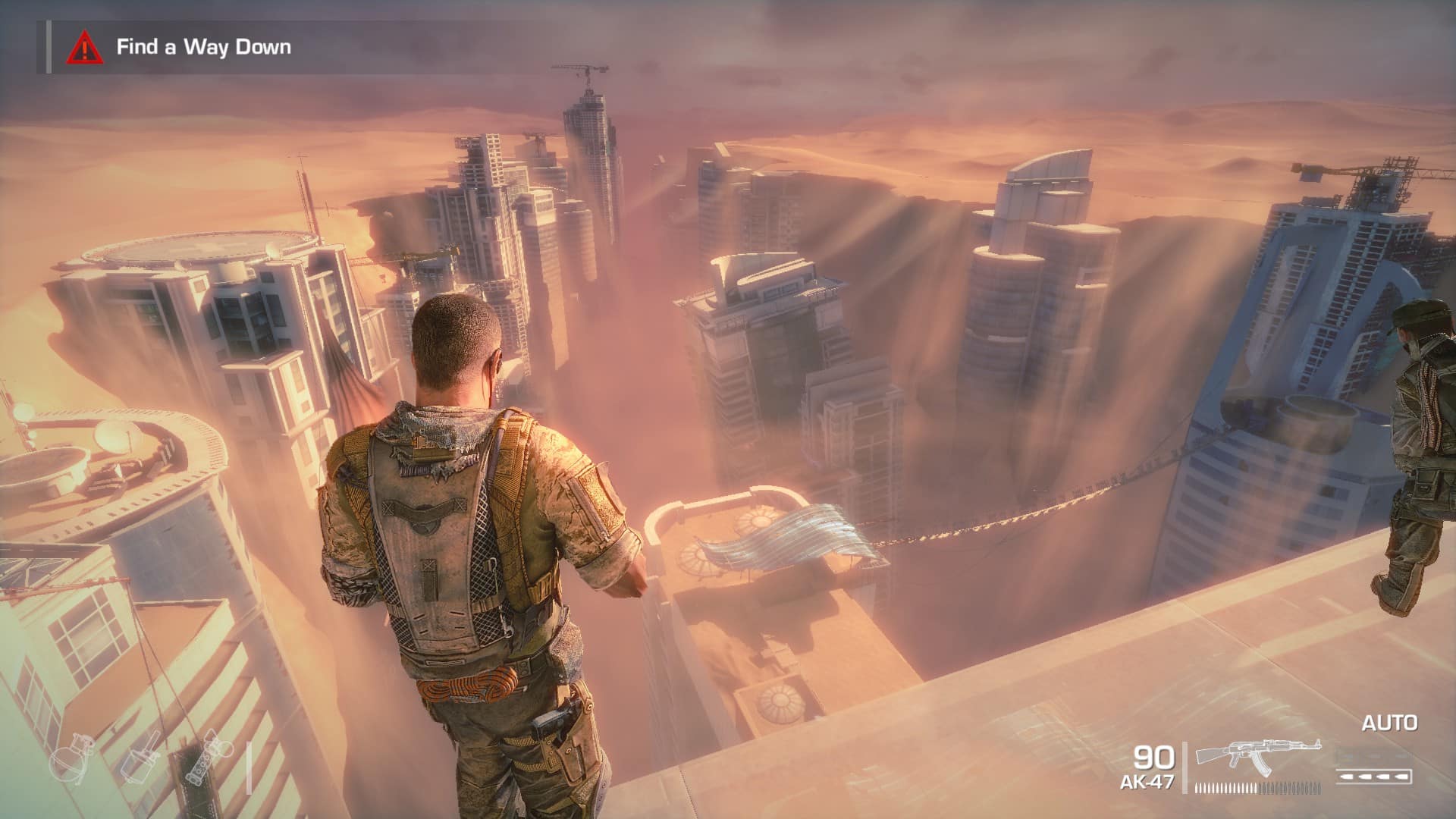 The worst part (and the most annoying one in the whole game) is that the game has a 30-40 second loading respawn time + there is always a cutscene that you must skip too just to watch yourself die again and again and again.

There is not much “new” in this game but what you get is a very slick game and i didn’t meet a single glitch, bug or lockup throughout the game and that is quite uncommon in today’s games.

The story is heavily story based and you have different routes to go, for instance, you can kill a guy or save him and the outcome will be revealed slowly throughout the game but on the whole, it’s not “all that”. 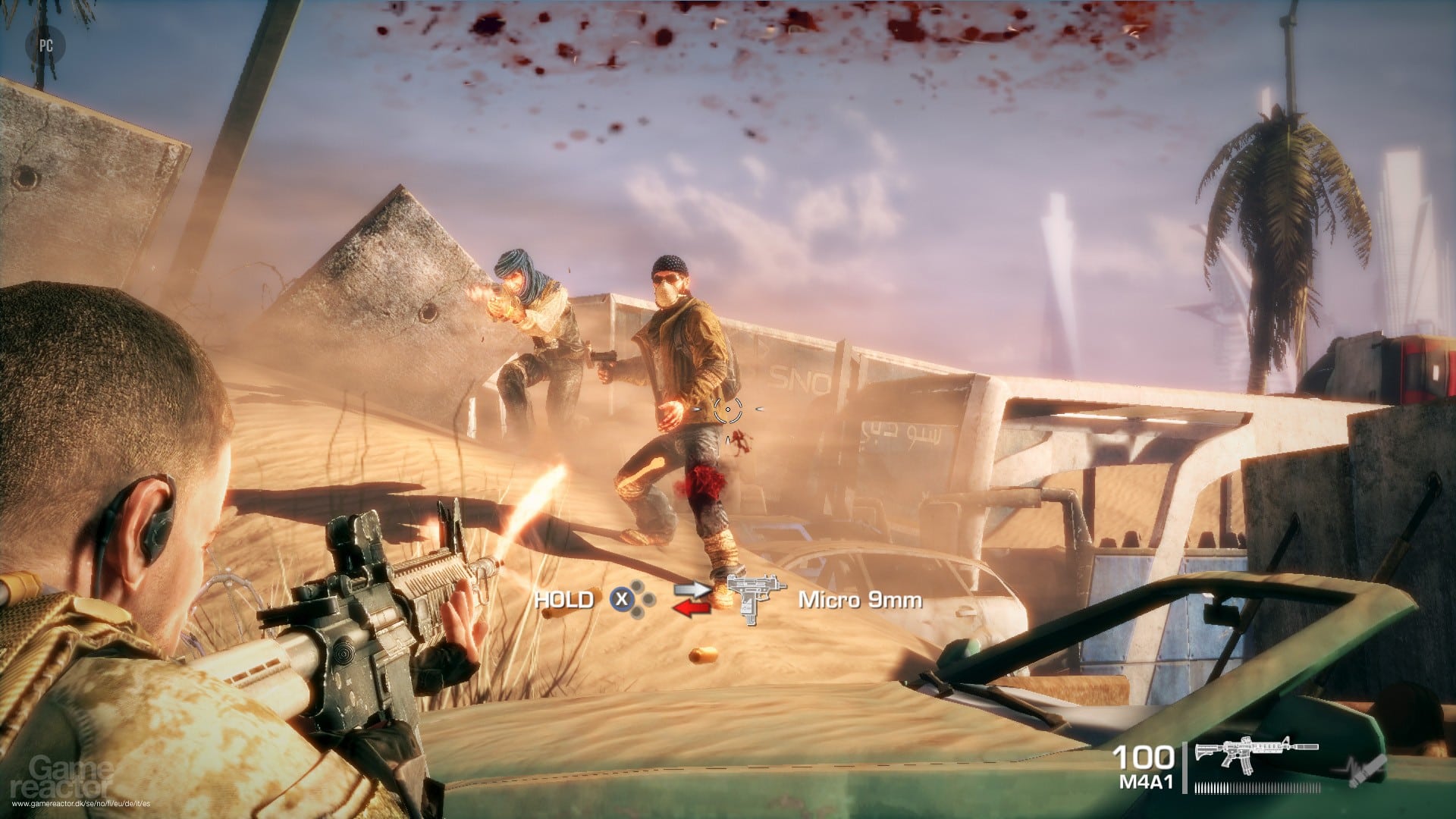 The Line is a very gripping game and it reminds me of some old war movies from the early 80’s like Apocalypse down (based on Heart Of Darkness) etc so this is very far away from the mongo Call Of Duty crap but it’s still very Americanized and “i want to rule the world” type of a story at times.

Incredible destruction can be done all over the place, anything from buildings to sand dunes can be taken down and even better you can take out enemies with it.

Spec Ops: The Line is a game I’d like to recommend to everyone but sadly it won’t be much of a point as ain’t a Run and Gun type of game and a lot of my friends prefer FPS games instead of TPS games but hey i think everyone should give the demo a go.