As you guys know, despite the many, many very good western titles around, from time to time I feel the urge to shift to “Japanese-mode”. Whenever it happens, nothing is too weird or too harsh for me, and working around kanjis or niche products becomes a second nature.

This time I want to introduce you with “Steins; Gate”, a multimedia product that has been turned into game, anime and manga (YATTA!!!!). 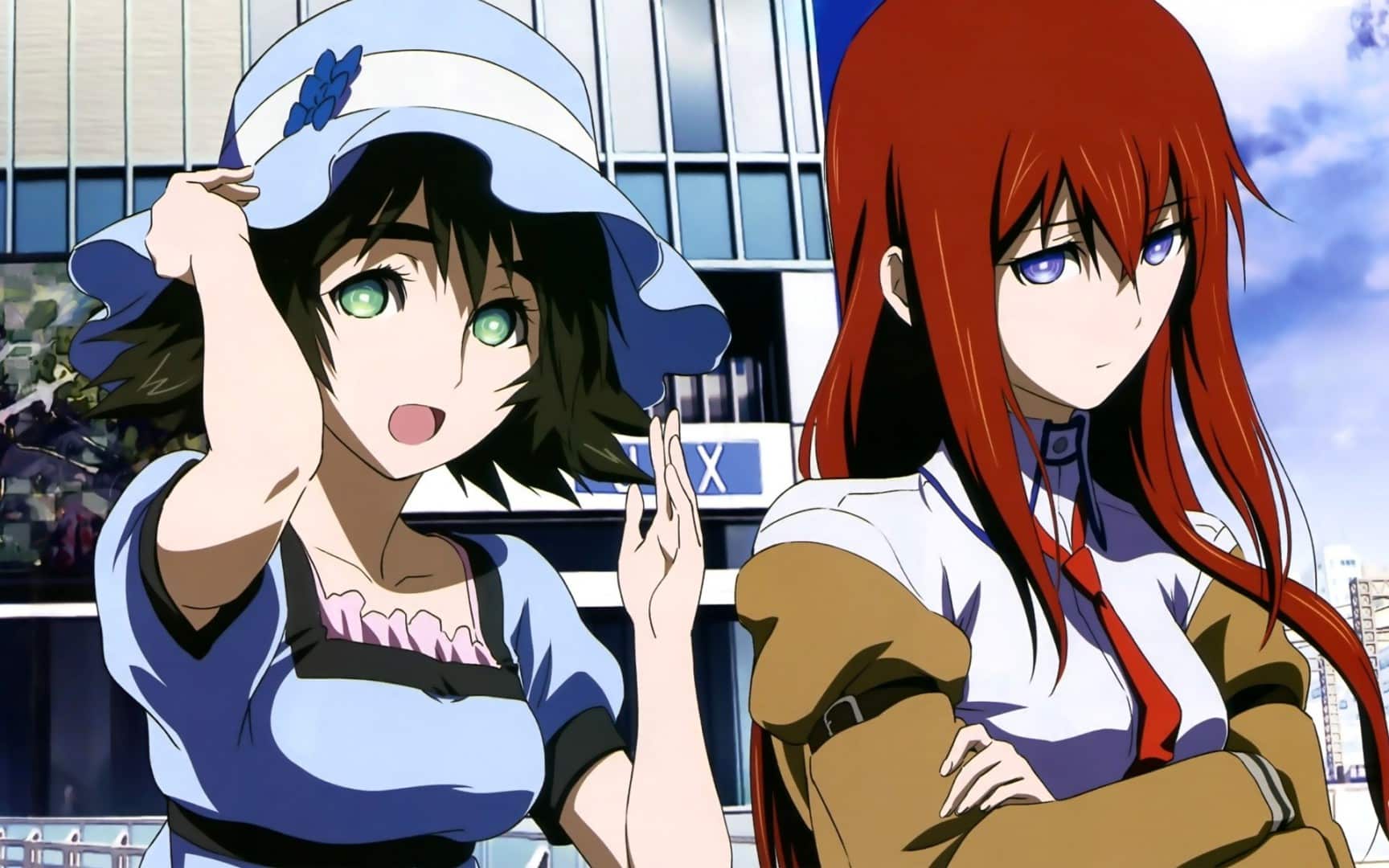 “Steins; Gate” is actually a visual novel, an interactive fiction game (featuring mostly static graphics) which actually is more an animated comic with limited interaction than a game.
Given its nature it may not appeal to anyone nonetheless, because of the strong story and the beautiful drawings behind it, I decided to play it to the very end (platinum!) and to review it.

In the game, you impersonate Okabe Rintaro (Okarin), an eccentric college student who dreams of conspiracy and chaos. Founding member of the “Future Gadgets Laboratory” and adopting the personality of a mad scientist, he and his friends – the “Super Hacka” Itaru Hashide and the dizzy girl Mayuri Shiina, spend their time developing oddball gadgets in their makeshift laboratory. 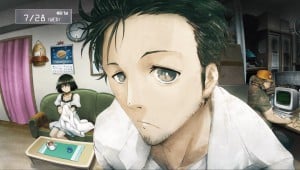 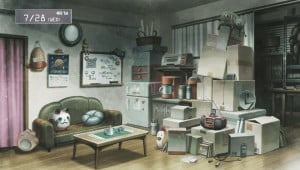 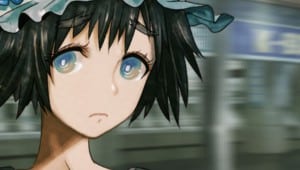 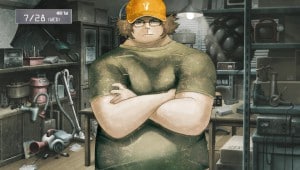 Rintaro believes to have some kind of extra power (called “Reading Steiner”), which can perceive changes in the timelines. Together with his friends he accidentally discovers that one of their inventions can send emails into the past. In other words, they have created a time machine, although only electronic data (and no physical beings) can make use of it. At the same time, a satellite shaped device lands on top of one of Akihabara buildings, casting new shadows over the entire situation.

Little by little the “Future Gadgets Laboratory” will gain other members, above all the young scientist Makise Kurisu and Mayuri’s longtime friend and classmate Luka Urushibara. Many other figures will revolve around these guys, providing a complex and compelling story that will keep you glued on the screen till the very end. 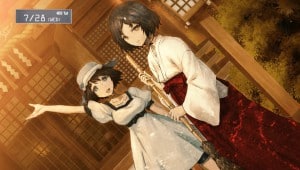 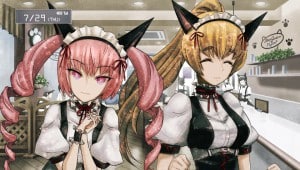 The game has a very linear gameplay, which for the most part just gets down to “press a button to advance a dialogue”, but it features a plot involving international research institutions, quantum physics, time travels, internet hoax (like John Titor‘s one) and a wide variety of otaku culture. 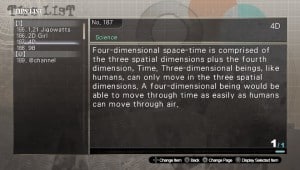 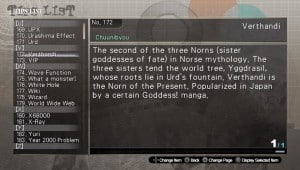 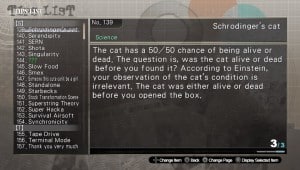 Names and acronyms are obviously changed, but you can easily recognize really existent institutions (like CERN) and/or anime and manga products. In addition, the story takes place in the suggestive quarter of Akihabara, with its many shops, restaurants and the likes. 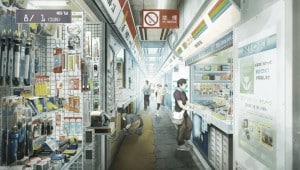 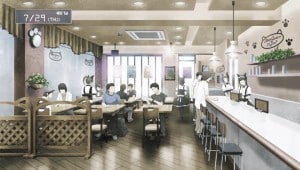 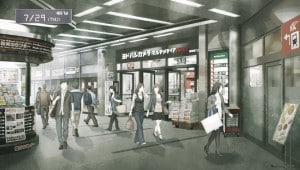 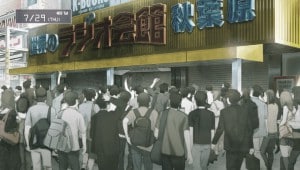 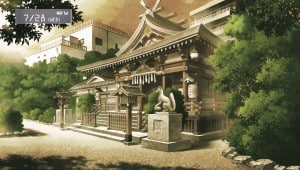 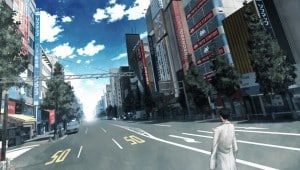 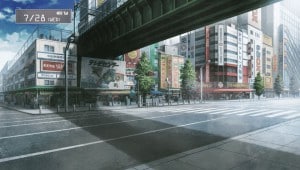 Despite its very long incipit (more than 5 hours just to complete the Prologue and Chapter 1), Steins; Gate is a game that I liked to play to the very end, even though it was sometimes annoying or difficult to follow. Its story revolves around multiple worldlines and attractor fields, but since there’s no easy way to know which storyline you are currently playing, you can sometimes lose your focus (especially when going for the “true end”). Other games, like “Virtue: Last Reward” have done better at this, but it did not really matter to me. Unlike the Last Reward, Steins; Gate features full hand-drawn graphics, which you can admire in the literally thousands of screenshots I took while playing (actually, they amount to 377, but I couldn’t post them all to avoid spoilers). 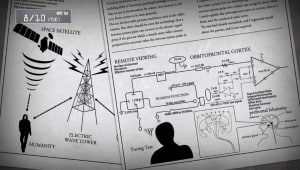 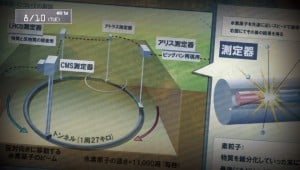 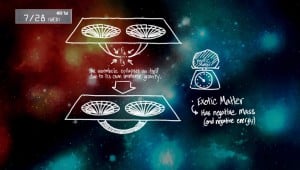 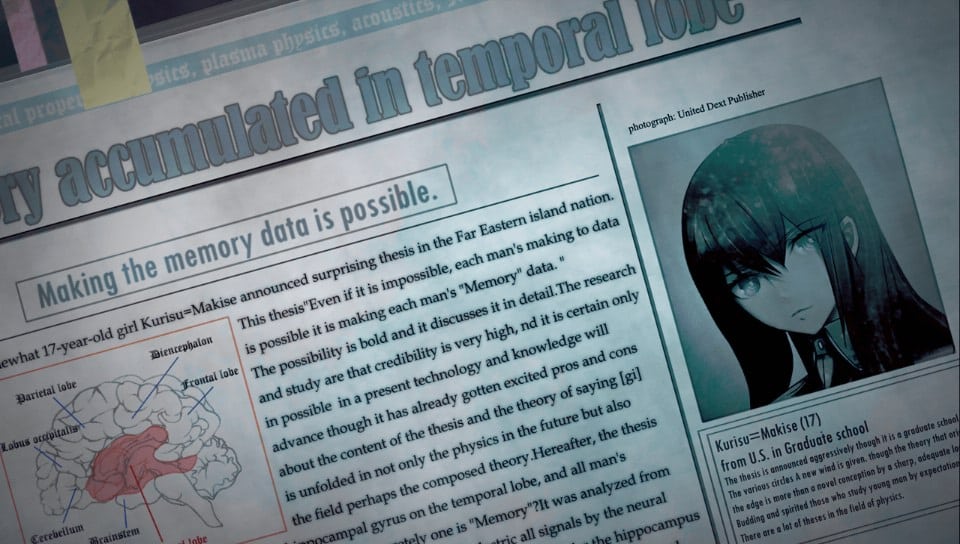 The game features 6 different ending and, as usual for this kind of novels, the “side endings” come first, therefore you cannot say you have really played the game unless you’ve watched all. This fact brings me to one of AmigaGuru’s main rants: we are fed up with all those “wanna-be” professional reviewers who keep rating games pretending they played them. If you look over the internet they will tell you that this game lasts around 30 hours. I don’t have a specific statistic about this, since going for the alternate endings often requires to reload previous saves and the in-game clock doesn’t keep track of the overall game time, but I do know for sure that I played for nearly 50 hours, before finally getting my platinum. Unlike RPGs, there is no levelling off here, so they were entirely “full story-bound hours”. 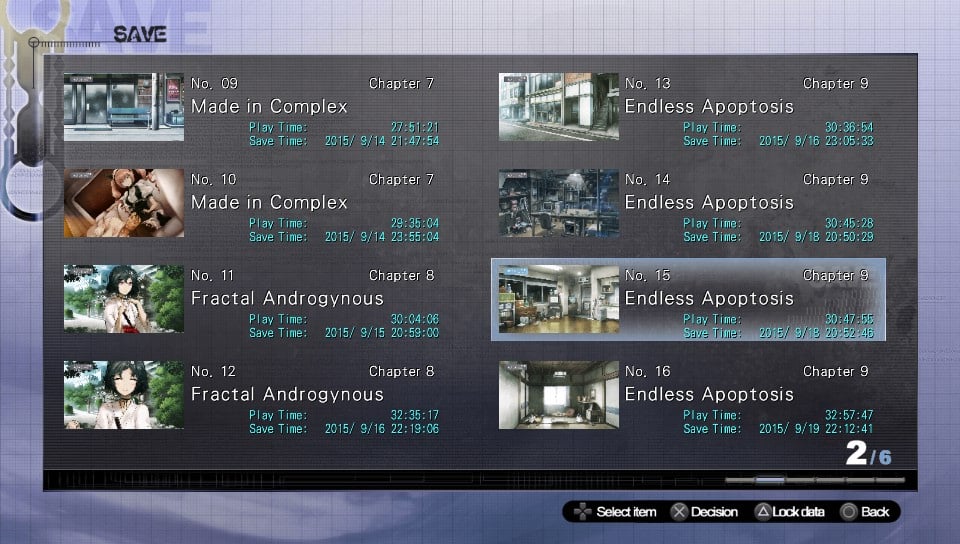 In terms of gameplay, you basically keep reading through the story in a pretty linear fashion and your choices are made by interacting with your cell phone. Choices include making phone calls or managing e-mails. The tricky part is that many emails include highlighted phrases that you can use to reply to the mail itself, but you have neither real evidence nor control over what those reply will turn into. In other words, replying by using the wrong word could hamper the achievement of a specific trophy (not really a factor if you are not a trophy hunter), but it could also not trigger the mandatory “flags” needed to get to the “True Ending”, which is certainly worse. As said, since there is no real way to know how many flags you triggered, you could end up in never reaching the proper end.
Thank god we have PSNProphiles walkthroughs….. 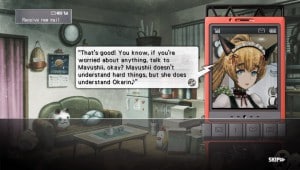 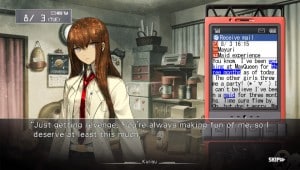 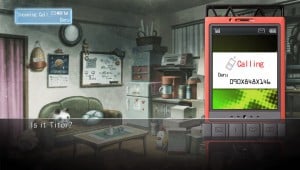 “Steins; Gate” had a very high resonance in Japan, which keeps going on despite the first version of the game came out in September 2009. At the beginning of September 2009, an internet radio show was put on the air to promote the game and a mock-up of the in-game time machine was exposed on the real-life Radio Kaikan building in Akihabara. 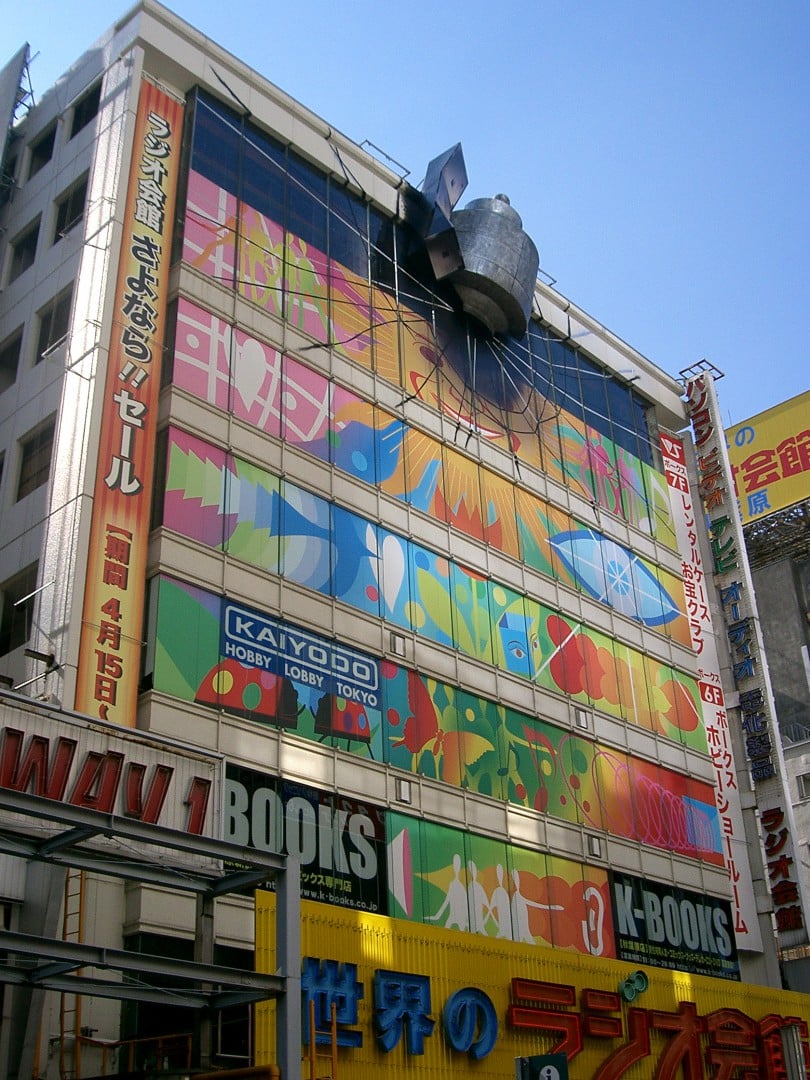 As I said, given its peculiar style this game may not appeal to anyone yet, if you are into this kind of games, I personally believe it must be inside your personal collection. Steins; Gate sports a wonderful story, complete voice over and a very inspired soundtrack.

The choices Okarin will have to do may be linear in nature, but while playing I always felt they were difficult and meaningful, giving me the feeling I was really holding the future in my hands. It took a long time to complete, but I’m glad I did spend my time on it. I suggest you do the same, and, should you not like it, blame it on me!