I will never forget the day that i was introduced to the Alien franchise, the first movie i watched was Aliens. Aliens were within minutes one of the best movies i had ever seen. I realized that Alien 4 was a very “unneeded” movie, it was a very good movie but it did absolutely nothing to the story except for giving us more of Ripley and the stuff that went on.

The franchise has been around since the early 80s and i can safely say that many of the games have been far from good, the first good one must have been Aliens on the Commodore 64 and it took nearly a decade before the next good one came out which was Alien 3. I never really liked Alien 3 as the Amiga port was too difficult and i felt that it had no magic.

Good graphics and fast gameplay ain’t everything a game needs and most of all “magic”, it may sound strange but the game felt too hard and too empty at the same time.

That said, the game has quite the fanbase so it must be better than what i think of it i guess.

I have no idea about how Alien3 was on other formats compared to the Amiga version. 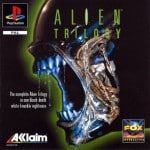 Things changed when Alien Trilogy was released for the PlayStation, a first-person shooter, dark, moody and yet again insanely hard but better as soon as you mastered it. Alien Trilogy was an action game but it was also the first one that was a bit scary. Top notch game and I’d say the very first one to achieve something really good with the franchise.

This was the last Alien game i played for almost 15 years, there had been Aliens Vs Predator on the Jaguar and there was some stuff going on PC as well but i never tried them. The Jaguar game was and still is hyped as one of the best games in the franchise and that it was the best game on the console by a longshot. I never got around to get the Jaguar emulator working and i can’t confirm this. 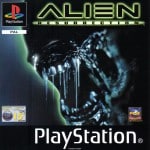 Alien Resurrection was another PSone game and while it may have been good and all i simply can not remember anything from this game.

Argonaut software made quite a few gems over the years and i will have to play this one again sometime in the future.  I must admit that i nearly forgot about this title in this post but luckily i spotted it at the Retro Spillmessen last weekend.

The thing with the PSone was that i had way too many games. I remember thousands of games over the last 30 years of my gamer life, but, it was the PSone that made it clear that remembering all games released for it would be a problem.

There was also a PS3 Aliens Vs Predator game, pretty decent one too but it didn’t do a whole lot of an impression me even though i completed both Alien and Predator modes. 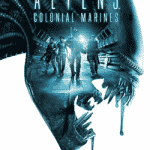 And that brings me to a game that was supposed to come out in 2001/2, Aliens Colonial Marines ended up almost as vapour as Duke Nukem forever, it took over a decade for the game to come out and it failed to attract the masses as the game was unfinished and dodgy at best.

The game had a proper Co-op mode and it did pack some fun but the media destroyed the game so most people hated the game before even trying it, same happened to me.  I did start it and i must admit that i had some fun but for some reason, i stopped playing it after unlocking 10 or so trophies.  I should pick the game up again and finish it.

I was a bit hesitant about getting Alien Isolation really and this is the reason why i have not written about it before now. The forgettable Colonial Marines certainly did not help when it came to trying this game.

It took me only a few minutes before i realized that this game was a game that i would most likely fall in love with, the gameplay/controls etc worked great from the start. Perfect framerate and no tearing made it even more appealing.

The first level was so good that i had goosebumps all over me, yes even after i had completed the level, there were no aliens to be seen in the level yet i was scared stiff, the setting was perfect and way better than i expected it to be. 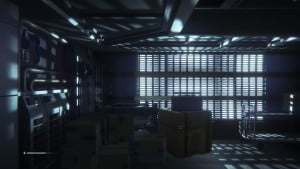 I got really excited and wanted to play the game more even though i had no plans at first to dedicate my game time to the game at that moment.

The game felt a lot like the first Dead Space game, a spooky, alien ship with no enemies at first, limited ammo, a perfect start.

Level 2 started well too, but you eventually got to meet another person and this person guided you through some stuff and talked way too much, the game went from totally amazing to a stupid dumb annoying game, all the tension was gone. The person you met was so horribly bad designed and performed that i wanted to kill him every time he opened his mouth (which he did a lot…).

It didn’t take long before he slept with the fishes and funnily enough, i felt nothing, ok a little bit maybe and that was a little hope for the game to get good again, but i was very sceptical about it. 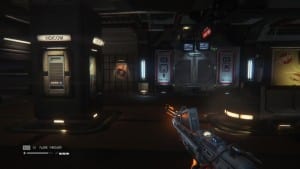 Eventually, i got to a level where i met some androids, really scary ones.

Every time i encountered one i got scared and them being next to impossible to kill made it even scary.

They move around slowly yet fast enough to catch up with you, running and making noise was certainly not an option for me in this game. The only way for me to survive the encounters was to hide in a locker or behind a construction/furniture etc.

How an android can be as scary as in this game is beyond me, but seriously i think that they were even scarier than some of the Alien encounters in the game. 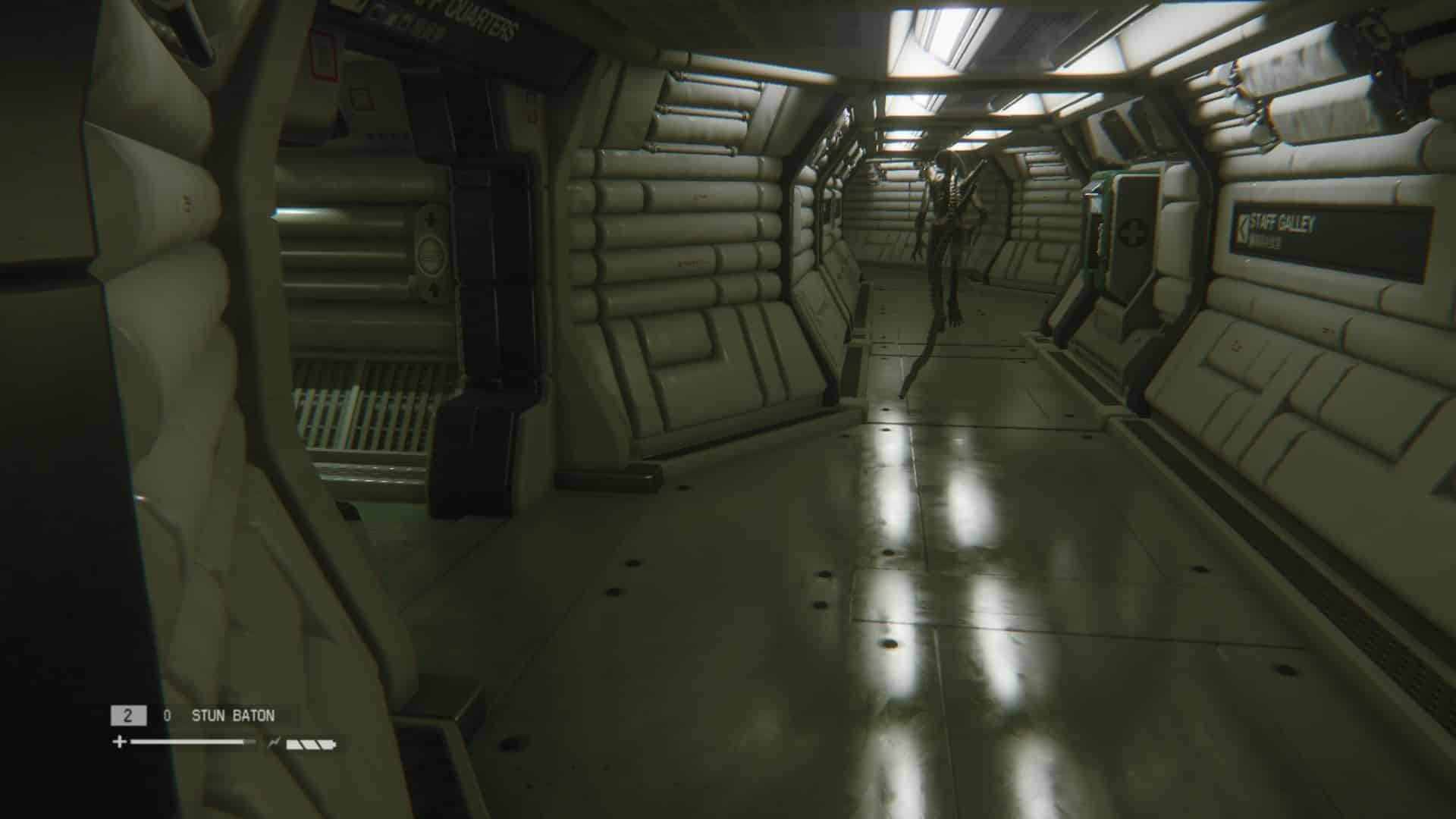 I think it was on level 5 that i met the Alien the first time, freaky shit to be honest and i wanted to kill it every time i saw it.

It moves fast and there were no options to scare it away at first but eventually, i figured out that the flamethrower was perfect.

Hiding from the Alien proved very difficult at first, hiding in a wardrobe/closet etc was hard as it spotted you most of the time, even better was how you had to hide while being inside the wardrobe and by that, i mean that you had to hold your breath and look down. 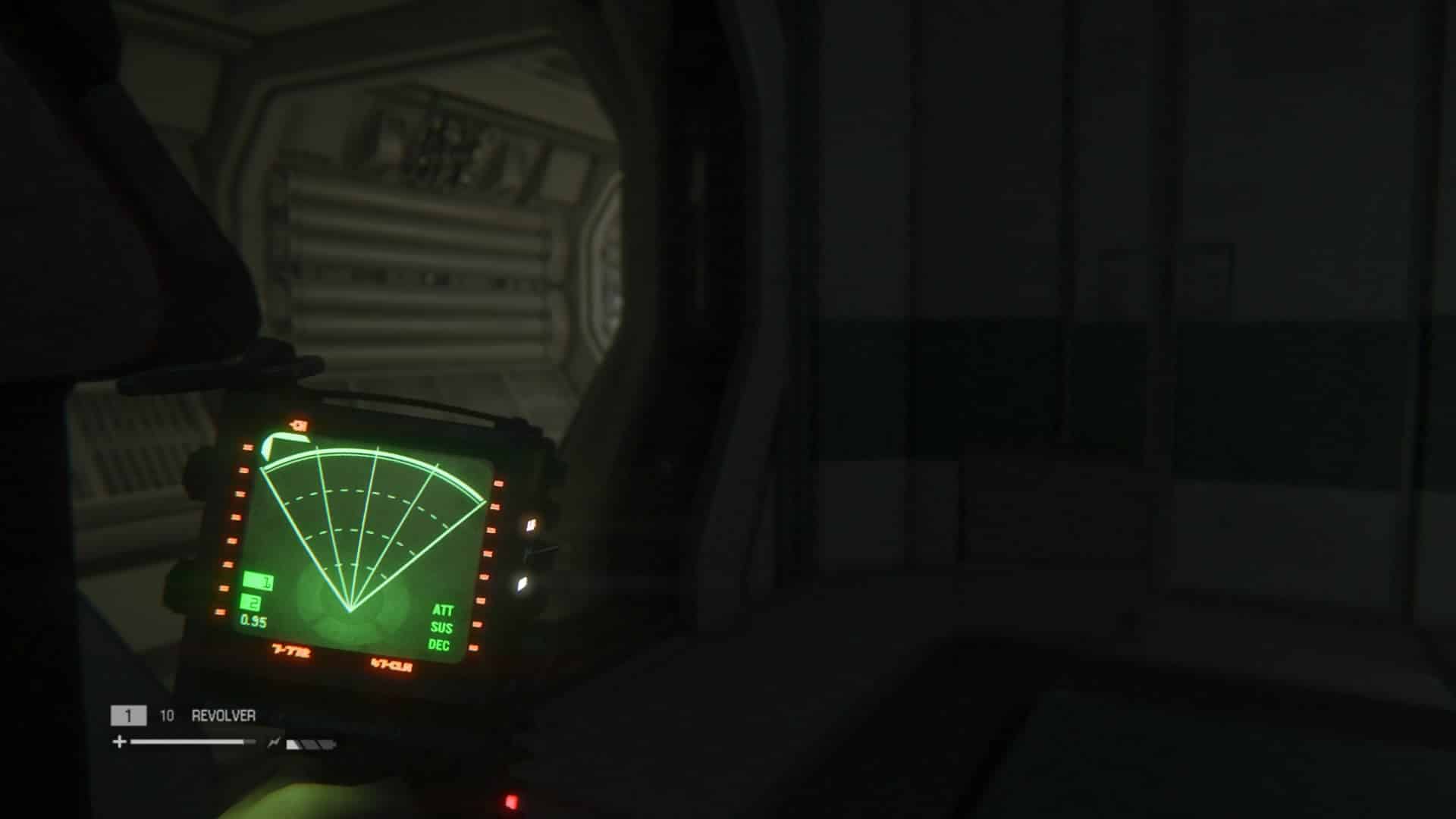 This scanner/radar thingy was the most used item in the game for me. Lurking around slowly towards the next waypoint/goal. The Alien makes a lot of sounds while moving around so as soon i heard one then i hid in a cabinet, locker or behind some furniture.

Later on in the game, i got the pleasure of meeting lots of androids at the same time, and in all of that tension and stress, none other than the Alien itself decided to pop up along with some annoying spider thing-a-ma-bobs.  I can safely say that it was not as scary as i had anticipated but it sure was stressful and fun. 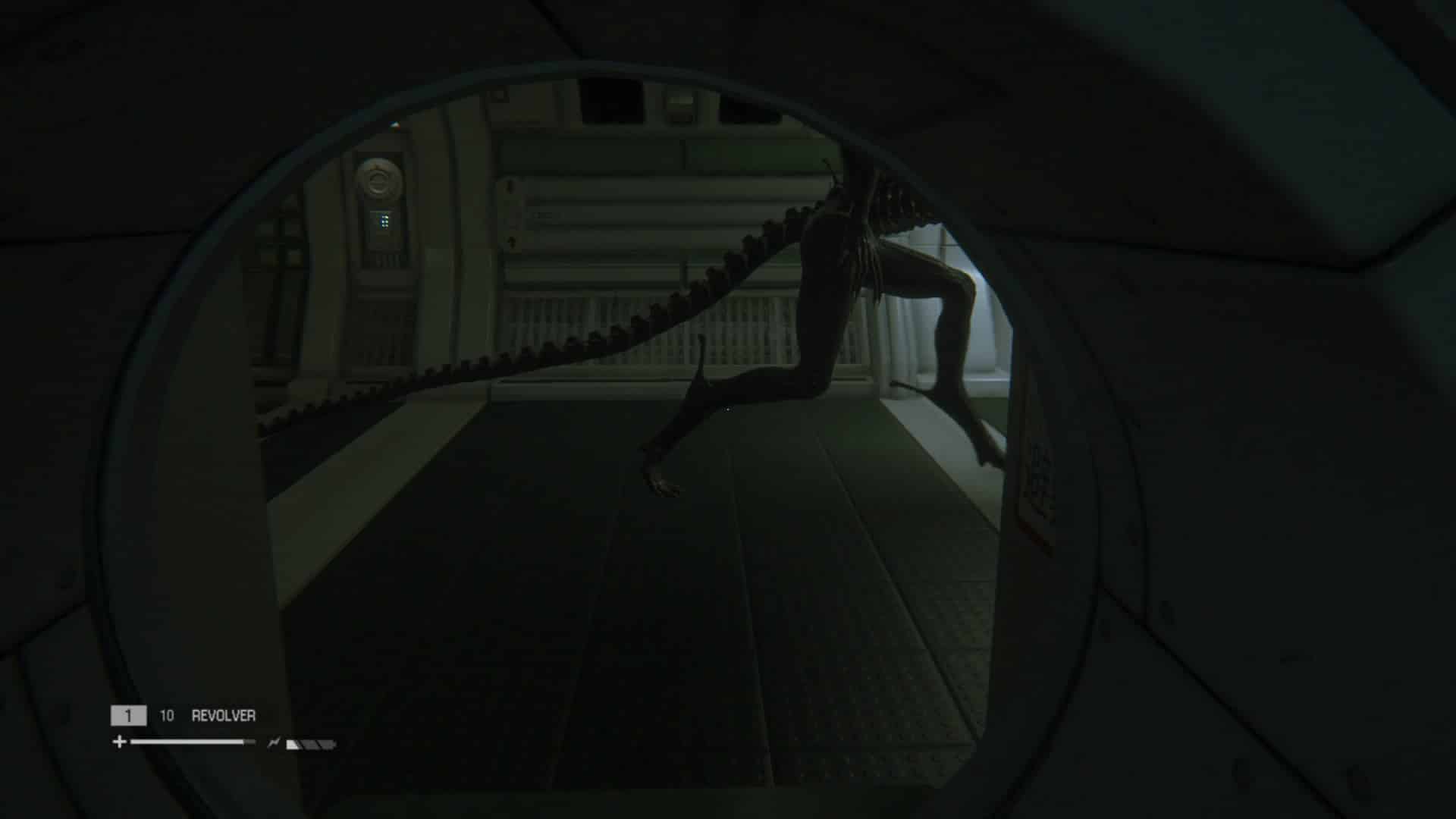 The radar’s sound was thankfully not a sound the Alien or any enemy could hear in the game but it took me hours upon hours to figure that out.

its been a while since i was this scared while playing a game, seriously this almost challenged Forbidden Siren for its top spot of being the scariest game of all time (for me).

For some reason i started the game on Hard difficulty, a bad move since there was no rewards for doing that, no special trophy, well the difficulty level gave me one thing and that was lots of scary moment, a lot of stress and quite a few screams that i am sure my neighbours got annoyed of eventually. 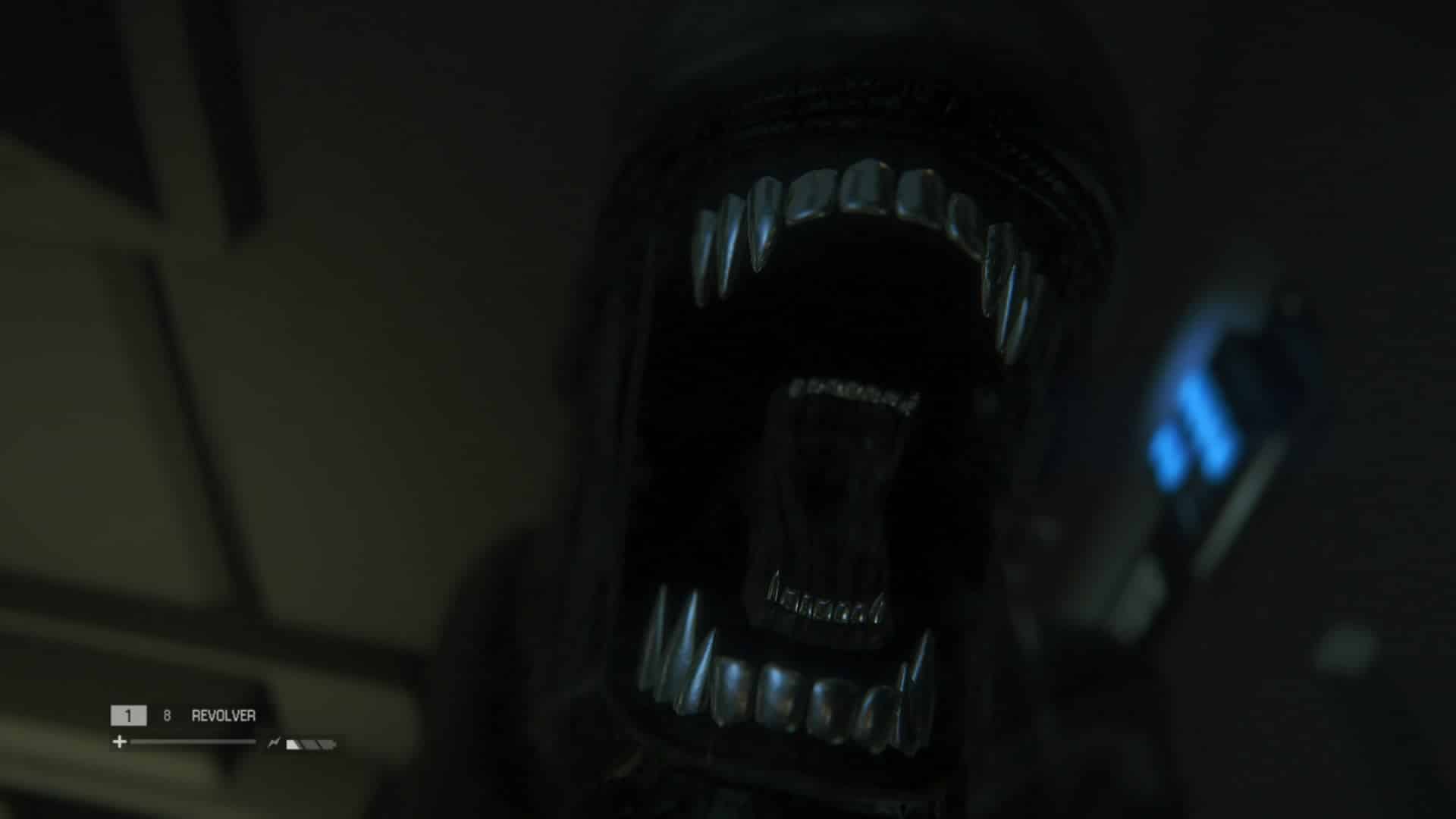 I am not sure how the game plays on easier modes but i can safely say that the game was worth all my money when played on hard, the puzzles(find a keycard/cutting torch etc) was fine and none of them broke the immersion.  The length of the game may vary a lot depending on how you play it, but i spent more than 20hours on this game in a single playthrough in the campaign.

The weapons in the game pack a punch but at the same time quite useless and it is only when you get the flamethrower that you get to scare the Alien, that said, it will not work on the androids. 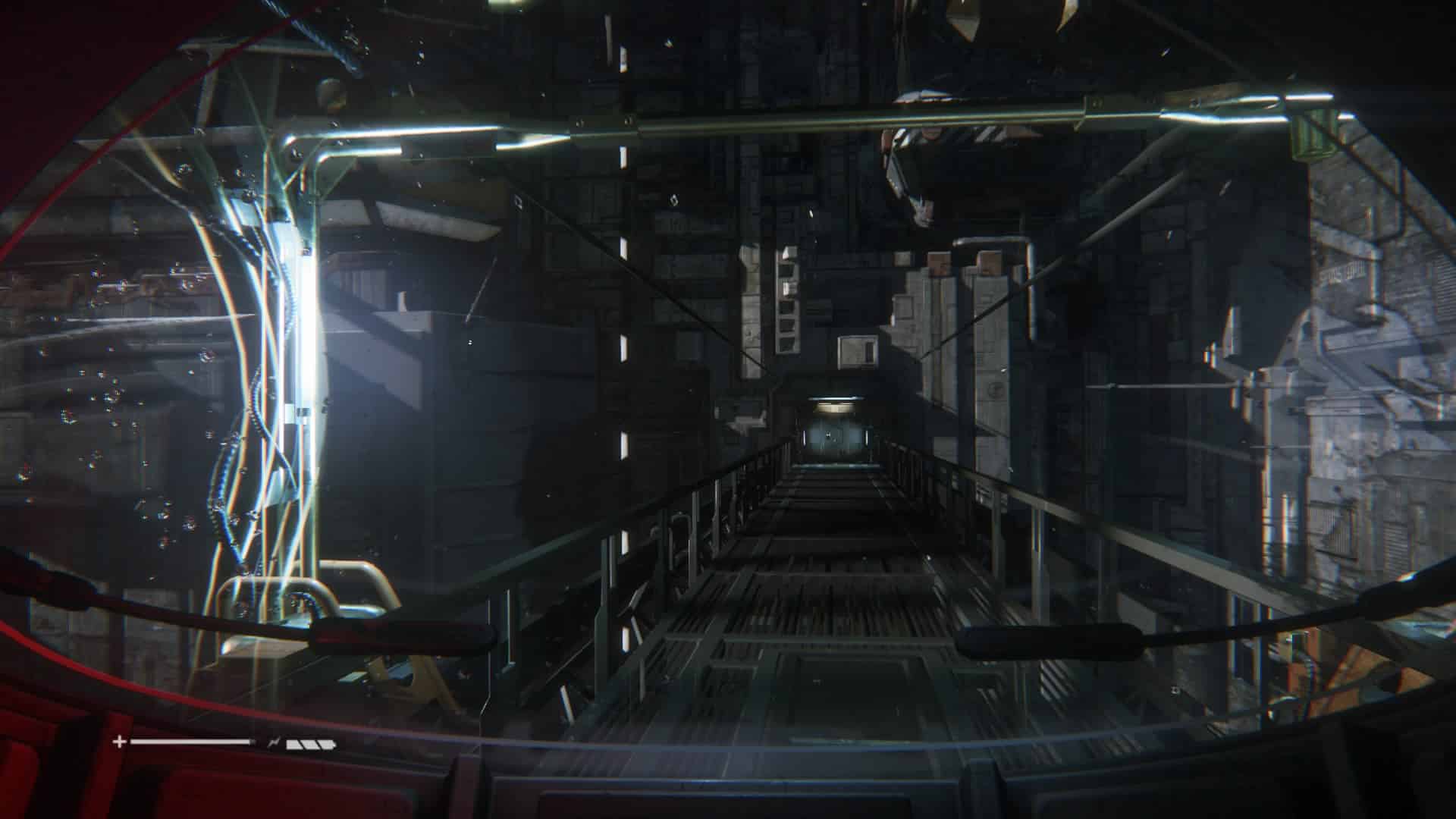 The picture above gave me a proper feel that i was i space, lush graphics and a nice technique made it look better than any other spacewalk game so far.

Spacewalk in games ain’t all that common but the games that i have tried the last few years had issues with the controls and while the first Dead Space game wasn’t perfect i found that one to be the best ever, that was until i tried Alien Isolation. 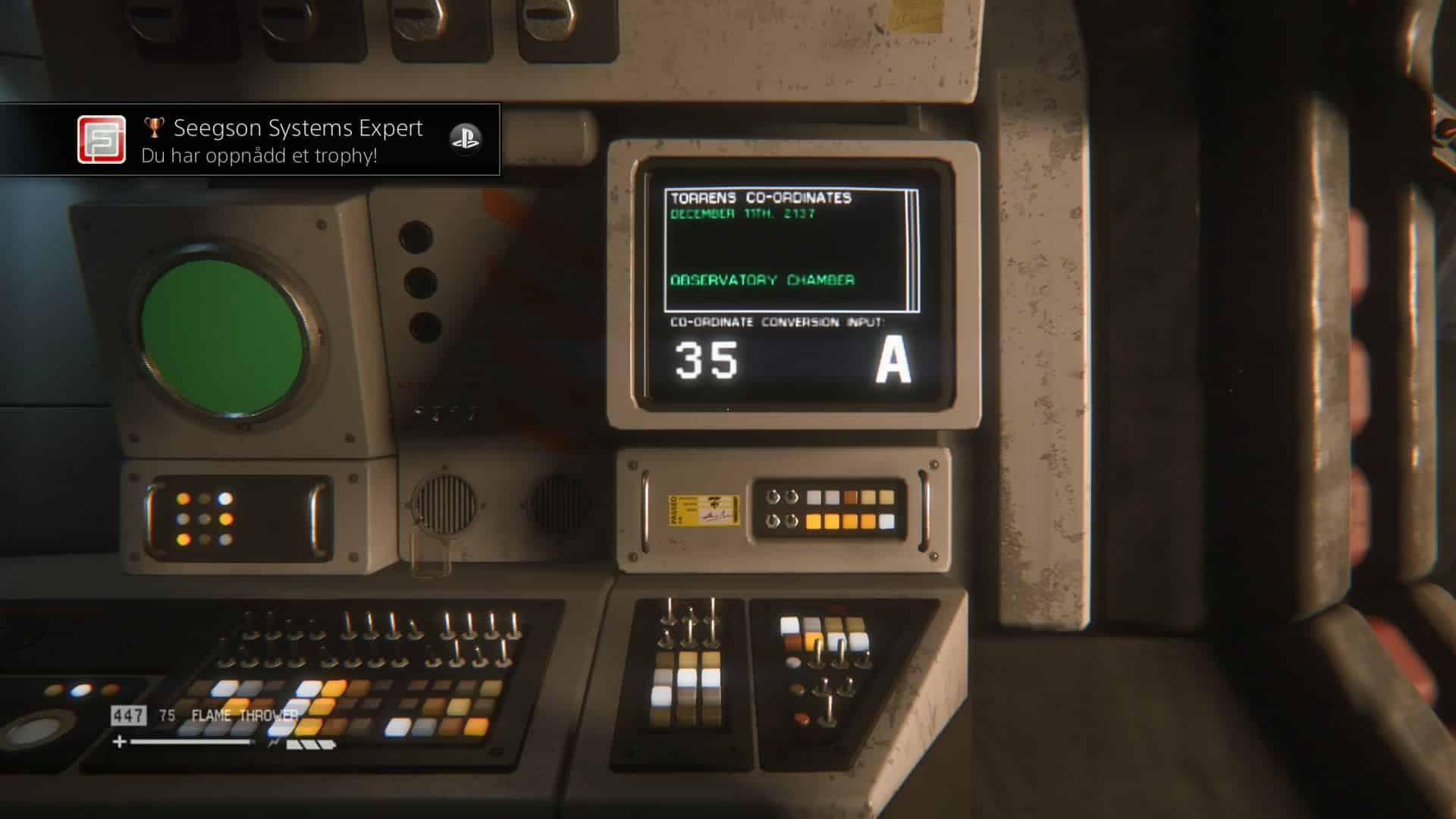 Terminals!, of course, the game had to feature terminals, i like terminals as they make me feel old and that reminds me of how sucky terminals were. (sorry, my terminal jokes may take a while to understand..)

The terminals (sic) was spread throughout the game and they offered a few neat things like hints and tips like for instance keycodes which you actually had to remember yourself!.

You also had options to controls power, fans and cameras etc via the terminals, there was also a lot of tape recordings from various people on the ship, some dead, others maybe not. 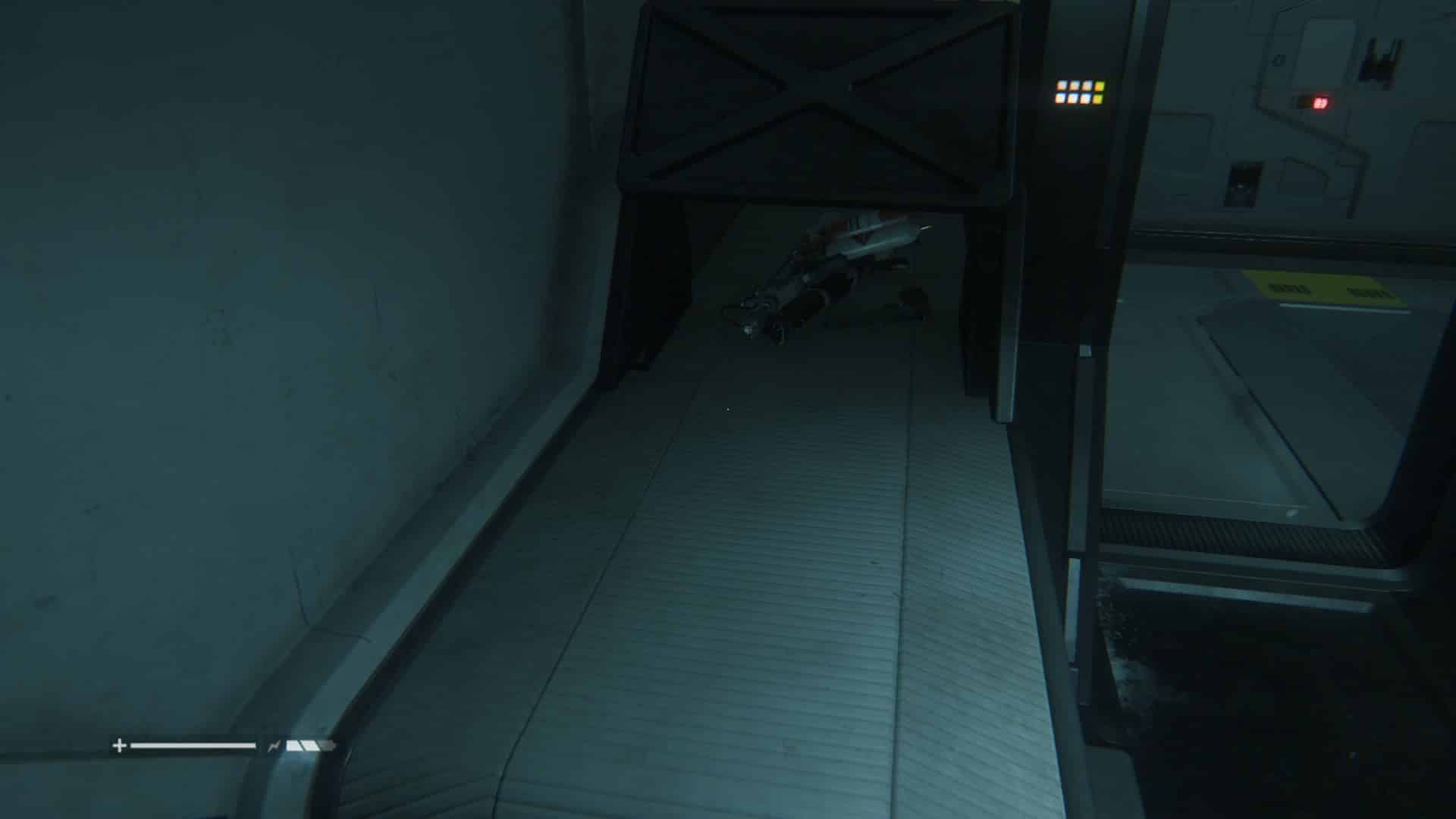 Yes, the most annoying feature ever in a game had to pop up in this game too, you had to throw all your weapons into a machine for safekeeping due to entering a weapon free zone.

I hate games that use this shit, sorry but i don’t want to spoil the game or anything for you guys but yes you do need your weapons right after you turn them in, while fun running for your life it was still really annoying. 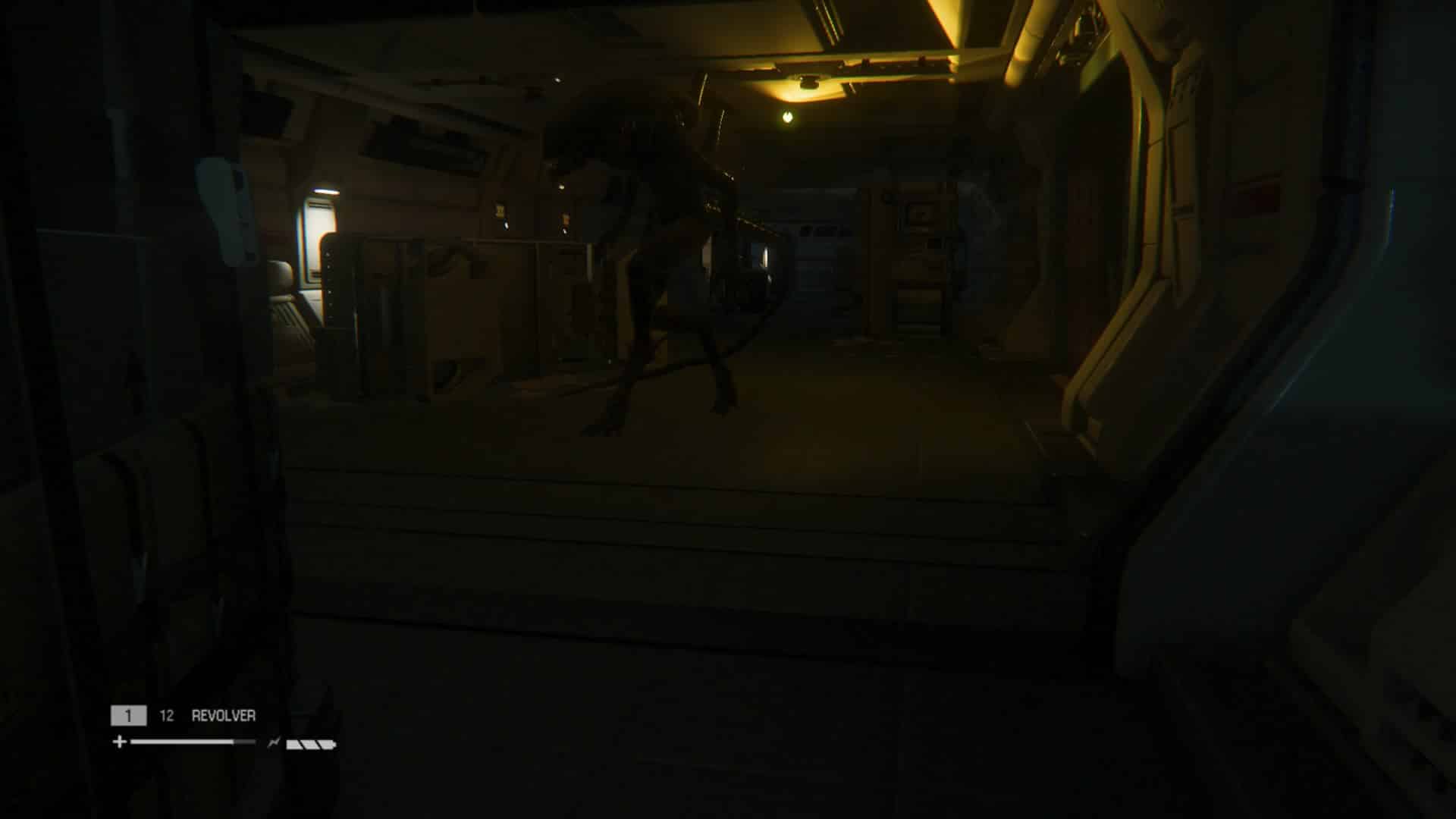 I have not tried the PS3 version so i can’t speak for that one but the PS4 version has fantastic graphics and sound, the framerate is next to perfect and i never met a single graphical glitch in the game what so ever.

That said, my co-editor and good friend g0blin bought the game on Blu-ray recently and his version crashed and went into an endless loop on the end(?) of level 4. He researched the web and found several other people having the same problem but no solution was to be found. He went and replaced his copy with a new one at the place he bought it and that copy worked fine.  Bad print? , Scratches? who knows.

Alien Isolation has only a few downers but all of them is fixed by the game itself while progressing through the campaign.

PS: this article is now over 2 months old and i must have rewritten all of it twice by now, still not perfect but it has to end now.

7 thoughts on “Alien Isolation, Was That My Scream?”