From time to time there are games that get bought and then stored on the hard drive (or shelf) for such a long time that you eventually forget all about it, Stardust Galaxy Warriors:Stellar Climax (From now on SGWSC) is one of those games and while i tried it on release day it still took over a year to finally get around to play it again now.

Why i waited this long? god-damned backlog i guess… oh and most likely myself waiting for friends to play it in co-op with me as it is a 4 player local co-op game. 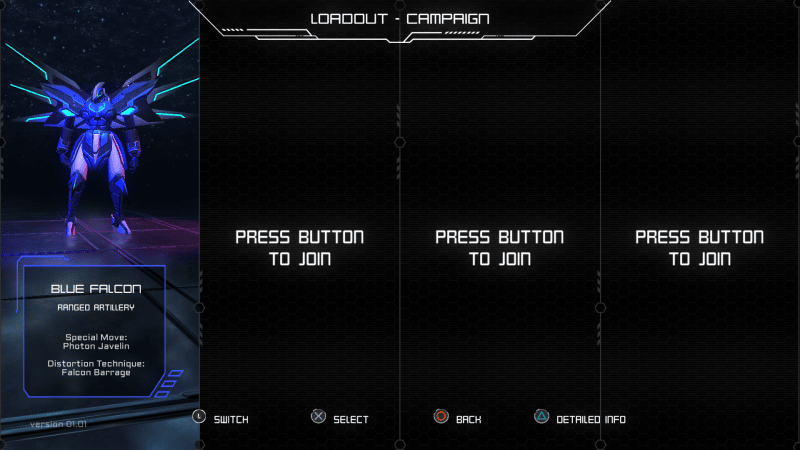 So instead of looking for (Playshare & local) players, i forgot all about it…. and now one year later i ended up playing it all by myself anyway.

SGWSC is more or less an old school shooter in the style of Capcom’s Side Arms, a horizontal shooter with lots of action going on but never hits the bullet hell mark in terms of difficulty (umm, i played on easy, normal and custom). 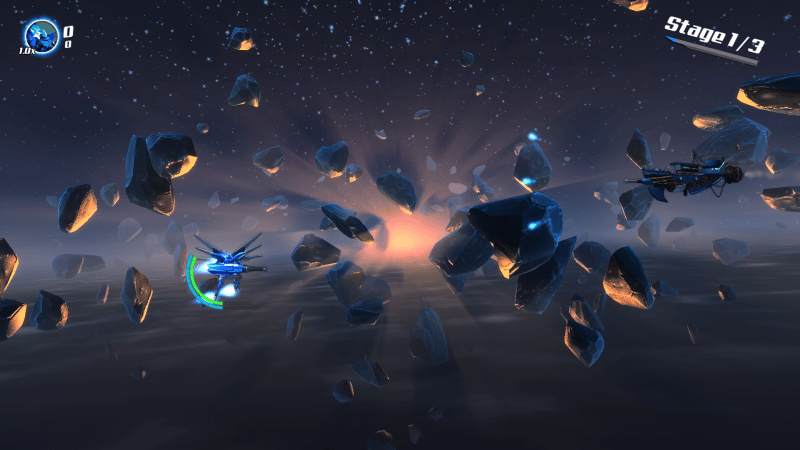 Every level is divided into 3 stages where the final stage is a boss encounter, every one of them unique and quite entertaining.

The first reaction i had after i booted it up was the sound, instantly fell in love with the style and i am pretty sure that the sound style aches back to the CDDA era  on the Amiga,  you know when the musicians all of a sudden stopped playing with chip instruments and went all in with ” typical 80’s/90’s” keyboard sound instead.

I have to add that some of the music ain’t state of the art although they are in line with the rest of the style and product and works like that. 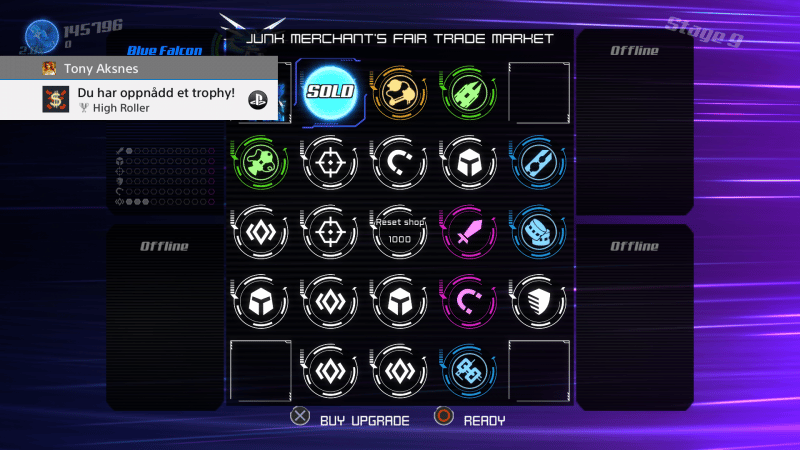 Loads of stuff to upgrade in the game and if that wasn’t enough there is also that thing where you have to upgrade all 5 ships individually too.

I stuck to one ship though, and i eventually maxed it out.  (about 2 full playthroughs required).

There are quite a few weapons to chose from too, typical me i found this out way too late in the game, i guess this is what you get for sticking to the same ship all the time so all i did was hit X on the ship screen a bunch of times. 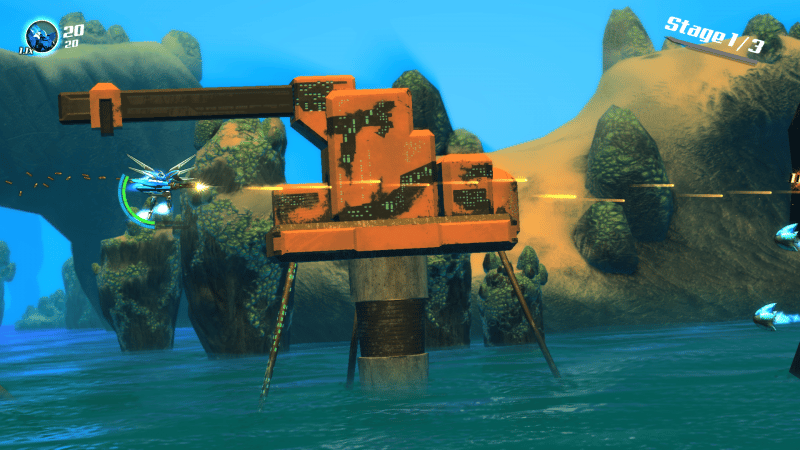 The level in the picture above is my favourite one, exceptionally good music in this one as well as the graphics style is just brilliant, great use of colours and the whole feel to it just feels perfect.

The framerate is another thing with the game, it never dips under 60 fps and you can feel that as everything is just so smooth, and this is something that shines with all the level design styles used in the game. 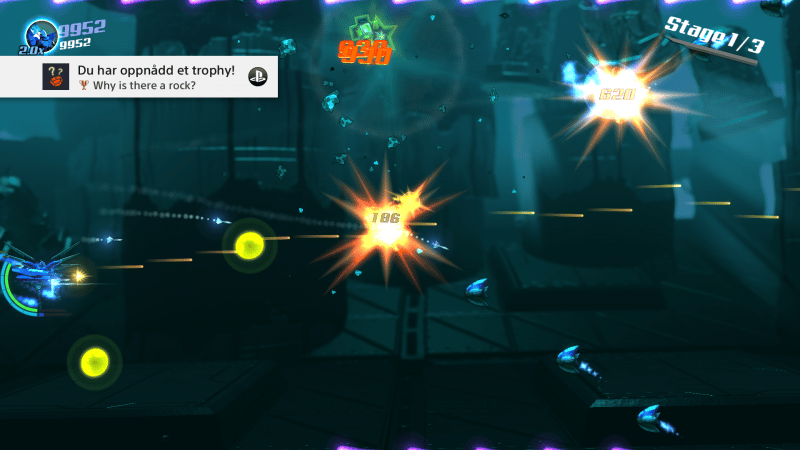 This is one of the tracks that have that certain annoying sound style that so many games had back in the 90s, it’s an underwater level and the sound style is very fitting but i found it rather annoying although far from a game breaker.

As you probably have seen by now is how the levels have been toned in a special way to make them look much cleaner and smoother, i like that and i think we need more games like this. 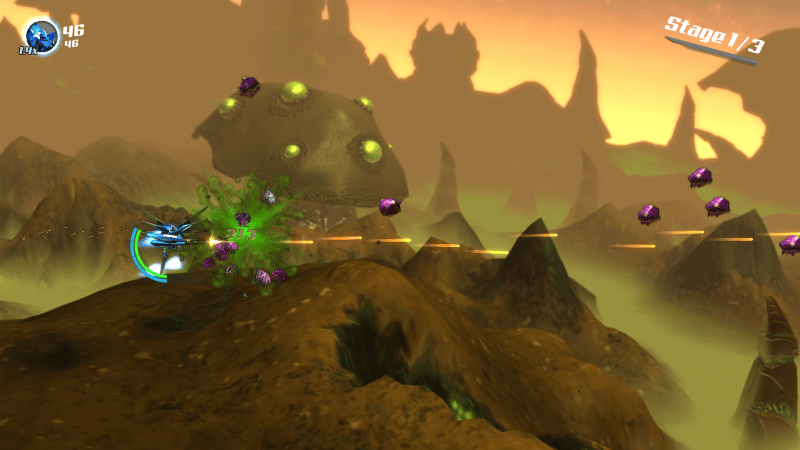 Typical retro this level too, organic enemies and random effects.  This level is where the game first gets difficult but it never goes over to being frustrating although the spike came a bit unexpected so i died and went like “what just happened?”.

The graphics style keeps on impressing with its clean look. 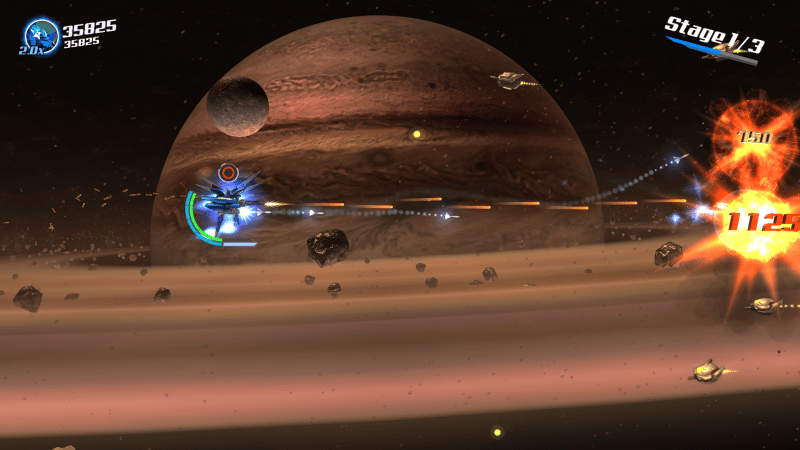 This level reminds me a lot of Project-X really, there ain’t much connection to it other than the style of the graphics so don’t expect it to be anywhere near that one or else you might get very underwhelmed when trying it.

The thing that makes SGWSC stand out from many other games is how remarkably controllable it feels, the controls are very precise and it’s very easy to do the required manoeuvres just about anywhere in the game. 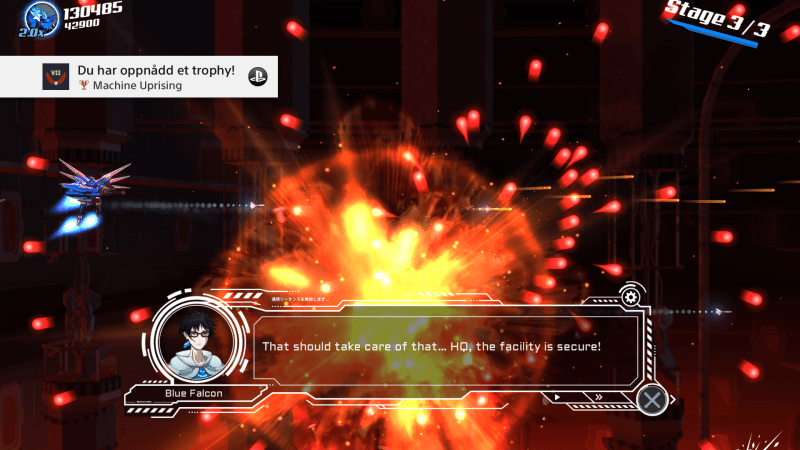 Yes, there’s also a story in the game, supposedly a bit wicked and funny and so on… sorry but i skipped all of it as i never felt the game needed one, sorry Dreamloop.

The game might be better if i check the story out but for some reason, i feel that retro games like this don’t need a story.

The characters are nicely drawn and all that.

Here are a few more levels to lay your eyes on, brilliant design and as before cleaner than a baby’s butt. 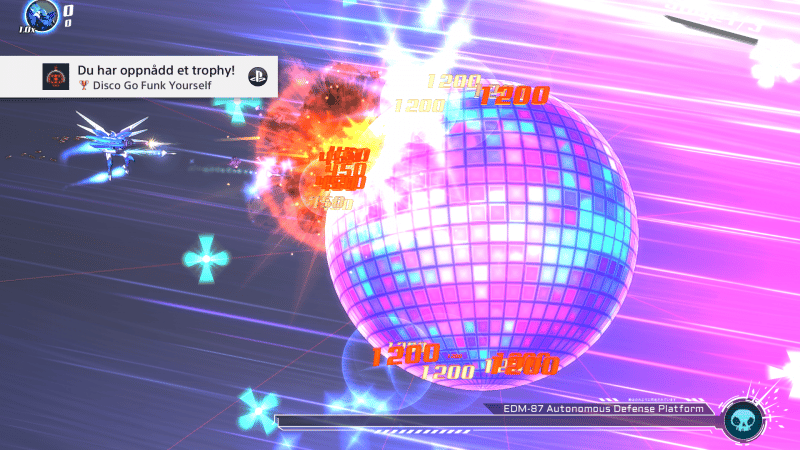 In good old school tradition, some mockery towards the 70s is needed, brilliant boss fight and a fantastic track in the background that really made me want to DESTROY THAT BALL!.

Stardust Galaxy Warriors:Stellar Climax is one of those titles that i really want to give a full score but can’t for reasons like it being too old school and too clean and so on, the game is near perfect in its own right but in this day and age there is a bit more needed than what’s seen here.  Fantastic music, brilliant gfx, silky smooth 60fps framerate and controls to die for makes this one of the best on the PS4 for sure but it’s not all that memorable once its over.

A must-have for fans of the genre, go get it now!.