The FARCRY series has always been a mixed bag, great games but after a few hours they started to drag and in the end, one just stopped playing them… Well, that was for the 2 first games (and the offspring title?) anyway as FARCRY 3 is one heck of a gem. 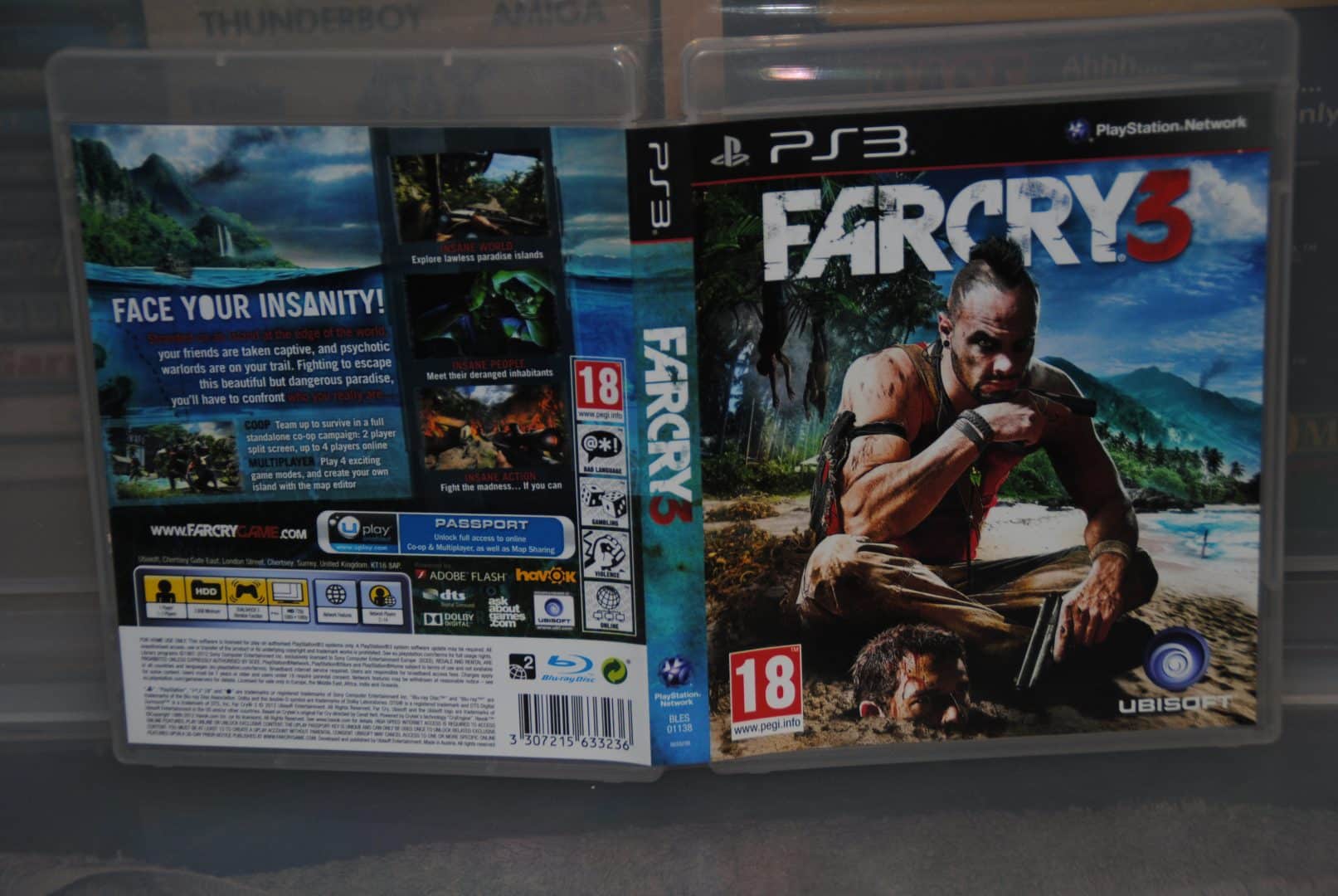 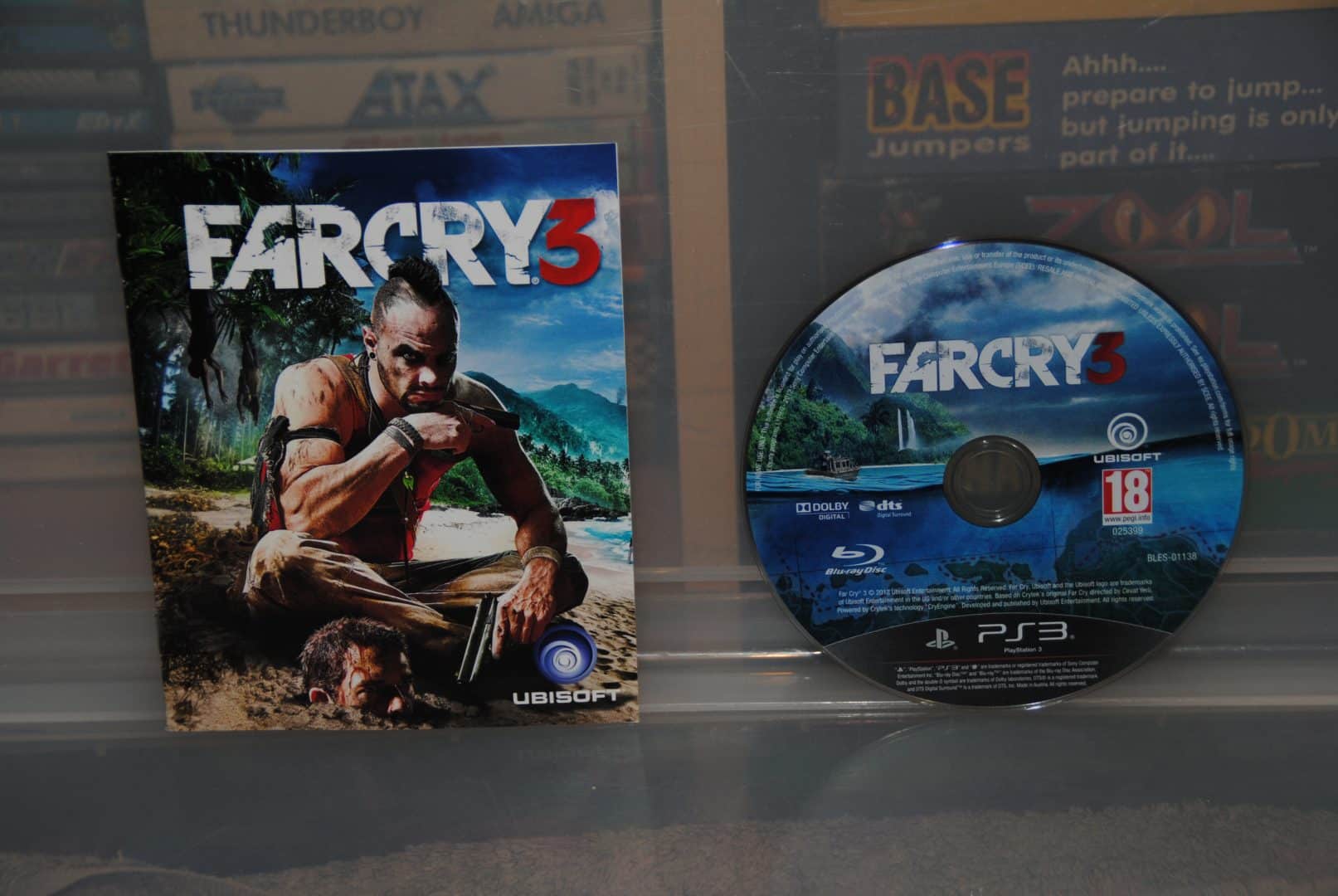 I guess you guys are getting used to my Box pictures by now, well i have this fetish for game art and boxes so … well, that is why i always include em even tho like in this case (and many others) it’s just the standard version.

I had decided to not get this game as FarCry 2 wasn’t all that but i am glad i went and bought this anyway even though it was half a year after it’s release and i must admit that at least half of the reason why i bought it was because of the box art and pictures and videos on the web, more about that shortly… 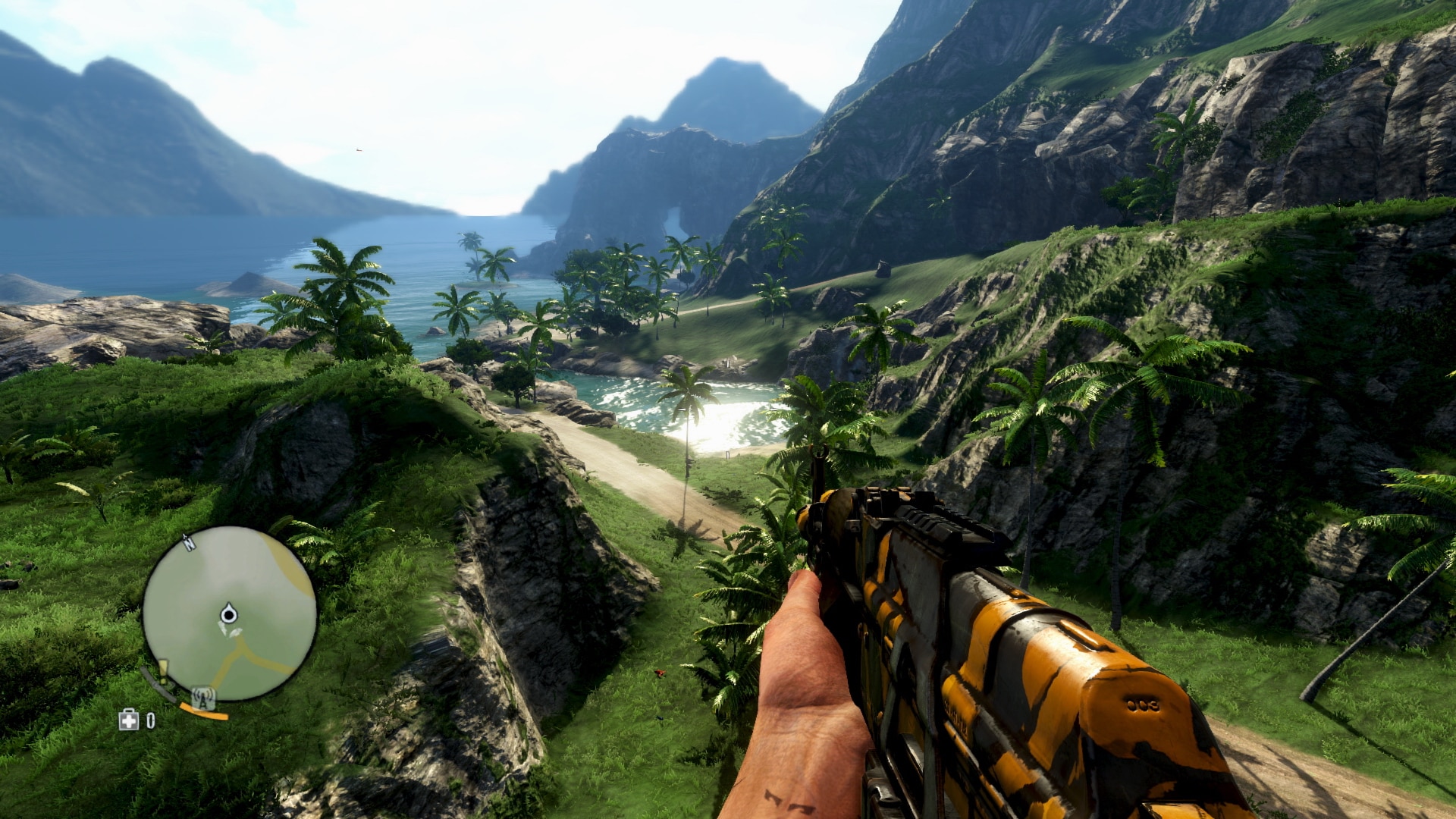 Absolutely gobsmacking visuals, colorful and yet the colors on weapons and blood etc fit perfectly in, FC2 had good graphics too but it was mostly brown and grey due to its location setting. 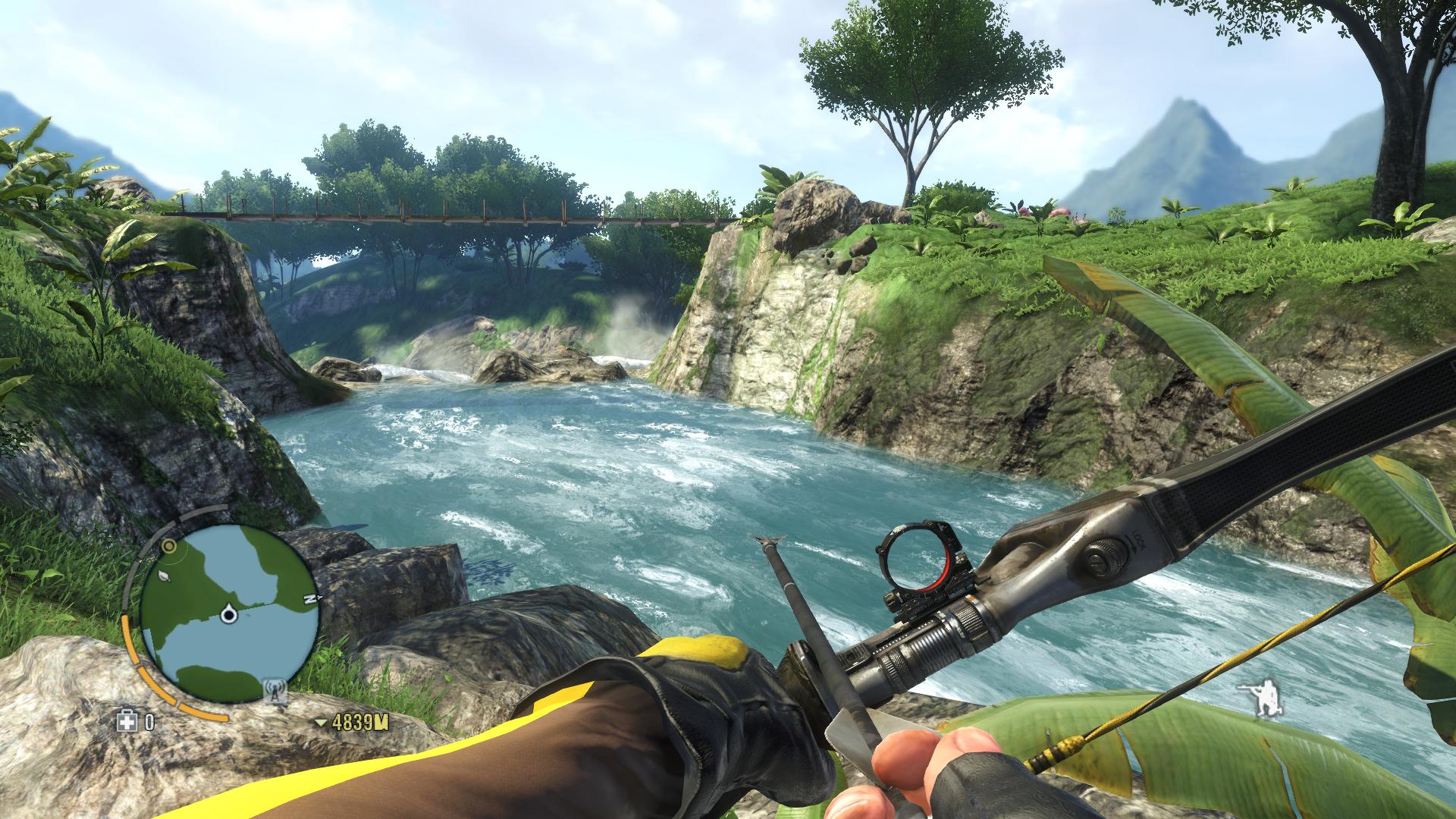 Looks like paradise eh?, the ocean (which is full of sharks..), the islands, the buildings, the wild animals and of course all the weapons and terrorists, blood and so on. Oh and yeah, the story of the game and the whole “stranded” theme works great and while it does look like paradise …it ain’t. 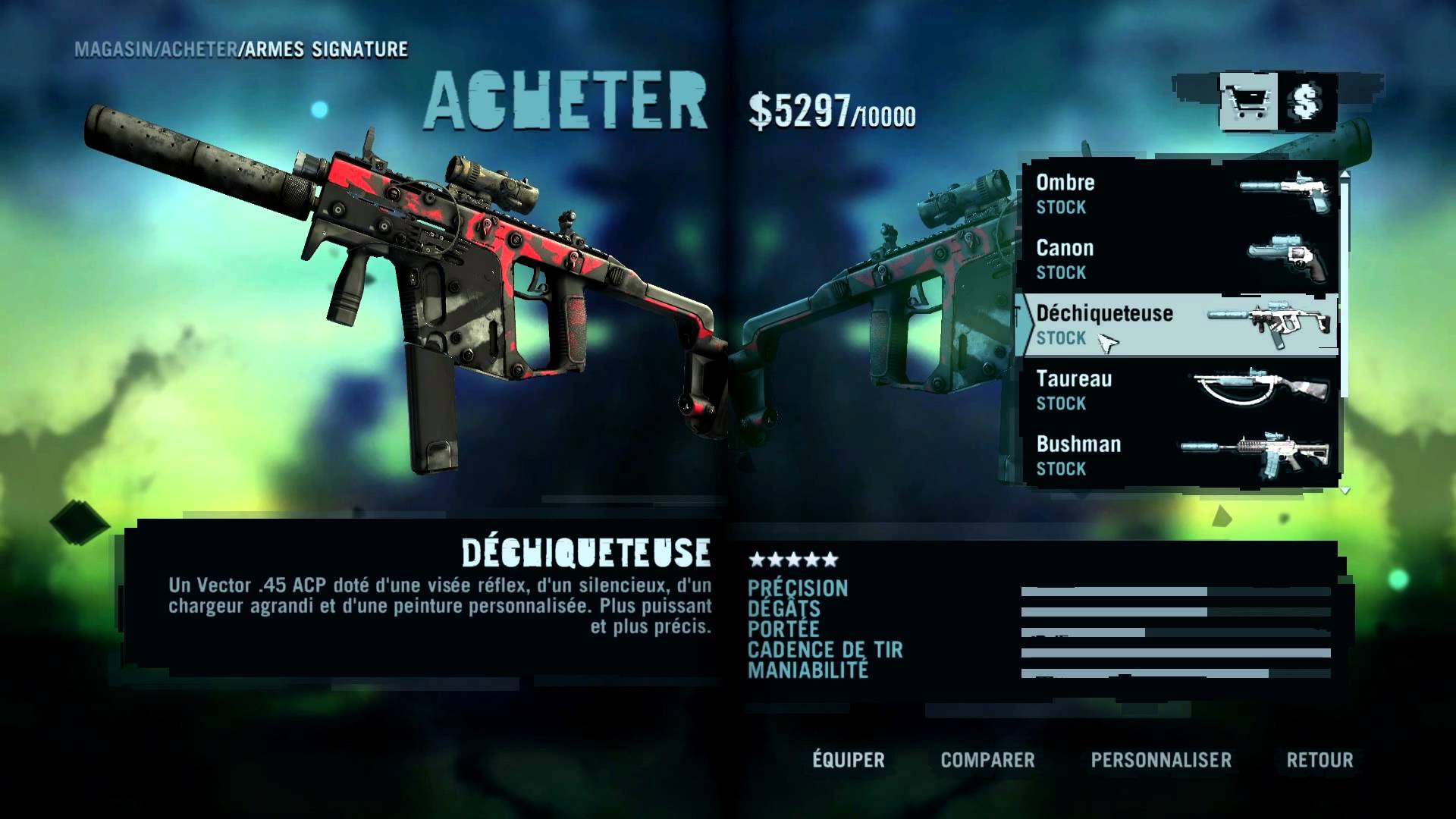 The wide range of weapons and the removal of the annoying broken weapons thing of the former game(s) is one of the many cool features but the amazing amount of animals and “hunting” achievements make this almost feel like an AAA Cabela’s game.

Bad guy or the good guy?, i won’t tell but it’s a very interesting guy for sure, and seeing how good the AI and graphics are on this title .. well, let’s just say PlayStation 4 i want you. 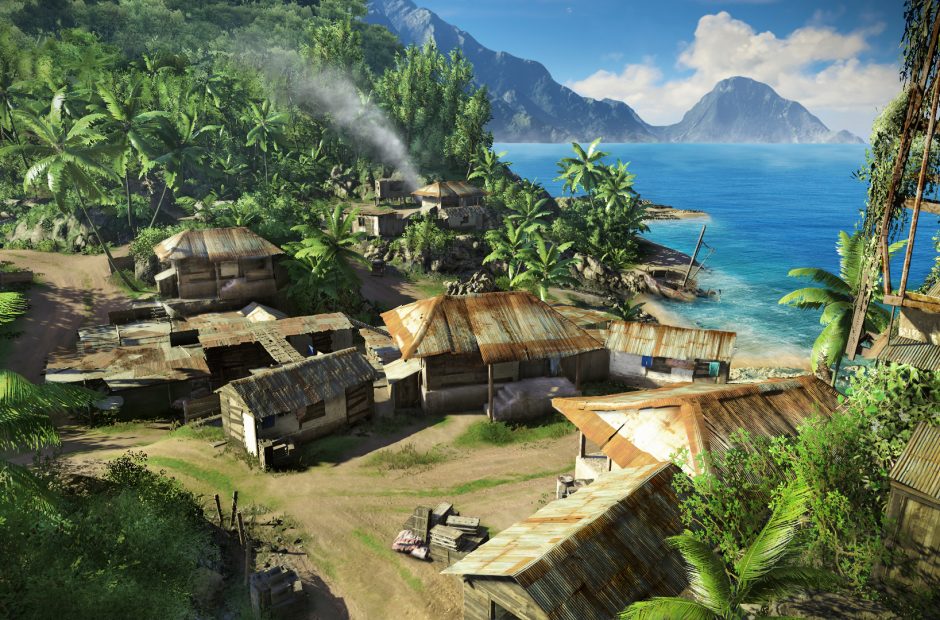 Spoiler alert!!!, heh, you get the chance to blow this whole location to smithereens!, it’s a hard mission but blowing this place up made up for it all. 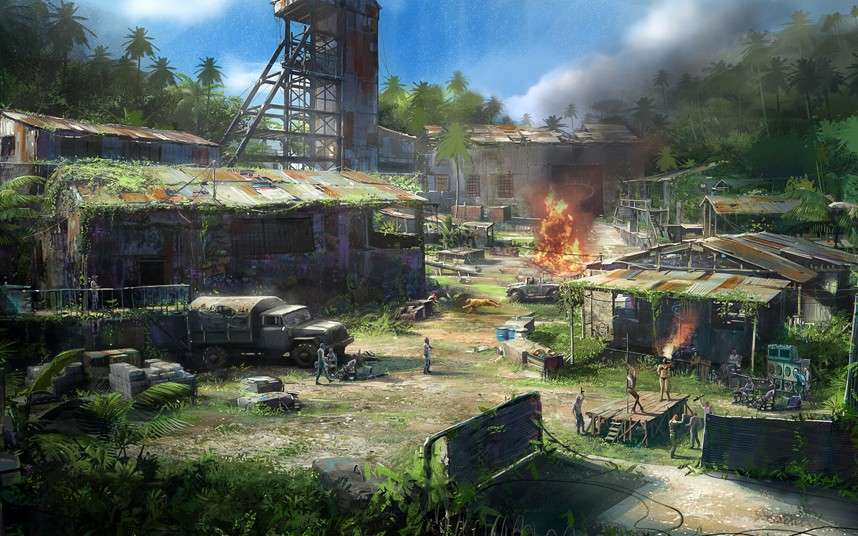 Another hard mission this one but damn cool as you can Snipe cages and/or piss off animals so they go berserk at the enemies around it but if it spots you then you better make sure you’ve reloaded your weapon.

So that’s it, a wonderful game and it’s an open sandbox game so it’s a ton of side missions and other stuff to do and well worth your money, oh and one more thing. the game is half price everywhere now so there ain’t much of an excuse to not get this game.

The game offers a CO-OP Spl.itscreen and Online modes but i haven’t tried it as my network connection is absolutely fucked and i simply can’t look forward enough to my new net connection in may/June.

Follow Us... Inspire Us To Get Better... Keep The Flame Alive
Adventurous Maniacs – Maniac Mansion Jump’n Run At Its Best With Disney’s Aladdin

One thought on “There’s Something About This Island – FarCry 3”