As written before on this blog, Catherine was one of the most innovative puzzle game of the last generation, one that was able to mix puzzles with a consistent (and rather spicy) story plot around a presumed love triangle among Vincent (the main character), Katherine (his fiance) and Catherine, a mysterious girl apparently come out of nowhere. A complete review of the game was published at the time of the PS3. Also, a preview of this Full Body edition, featuring a slightly different storyline involving a fourth protagonist (Rin), saw the light last May. 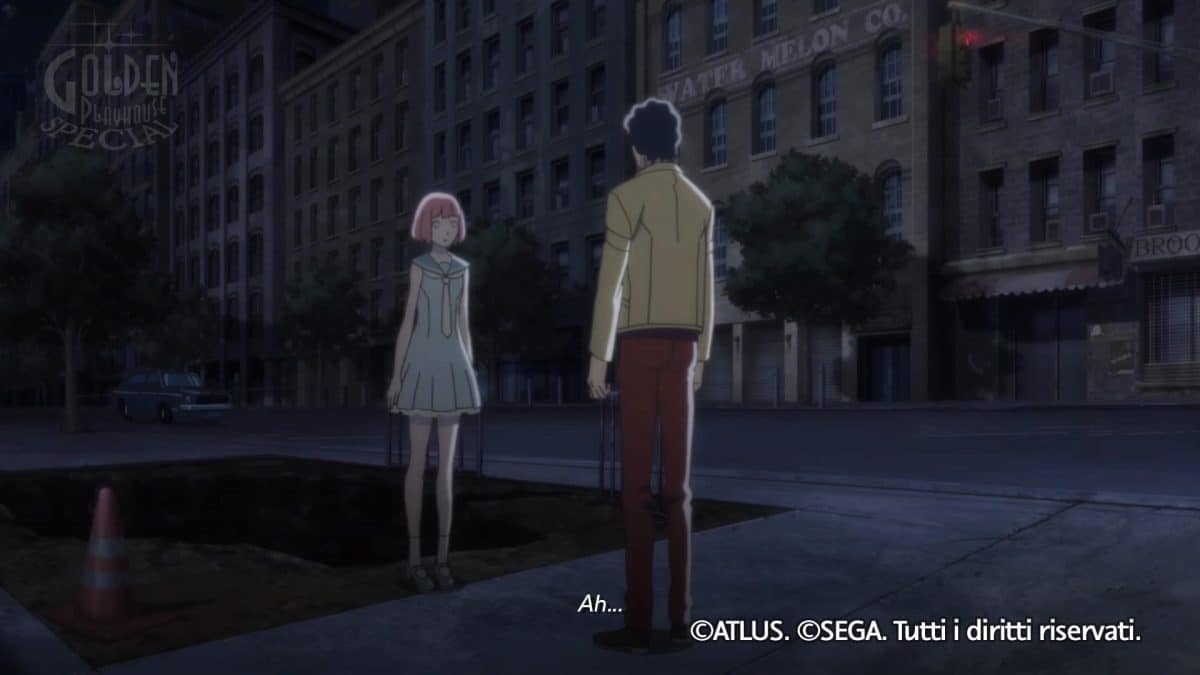 As already known the plot revolves around a young man, torn apart from the desire to live his life with his friend and accept responsibilities and the urge/desire to get married and finally form a family. This contrast of feelings is lived as a real shock, with Vincent ending up having recurrent nightmares where death in the dream seems to turn out in death in real life.

Compared with the original game Full Body gave me the impression of having an overall higher difficulty level, somewhat balanced from the fact that Rin will often be present during your nightmares. Her playing the piano (as seen in the featured image) will have a soothing effect on you, making your climb through the blocks a little bit easier. Also, the game sports a Remixed mode with different blocks layout requiring a change of approach in your personal climbing style. I won’t spend any other word on the game itself and I’ll move on right away on the Collector’s Edition. 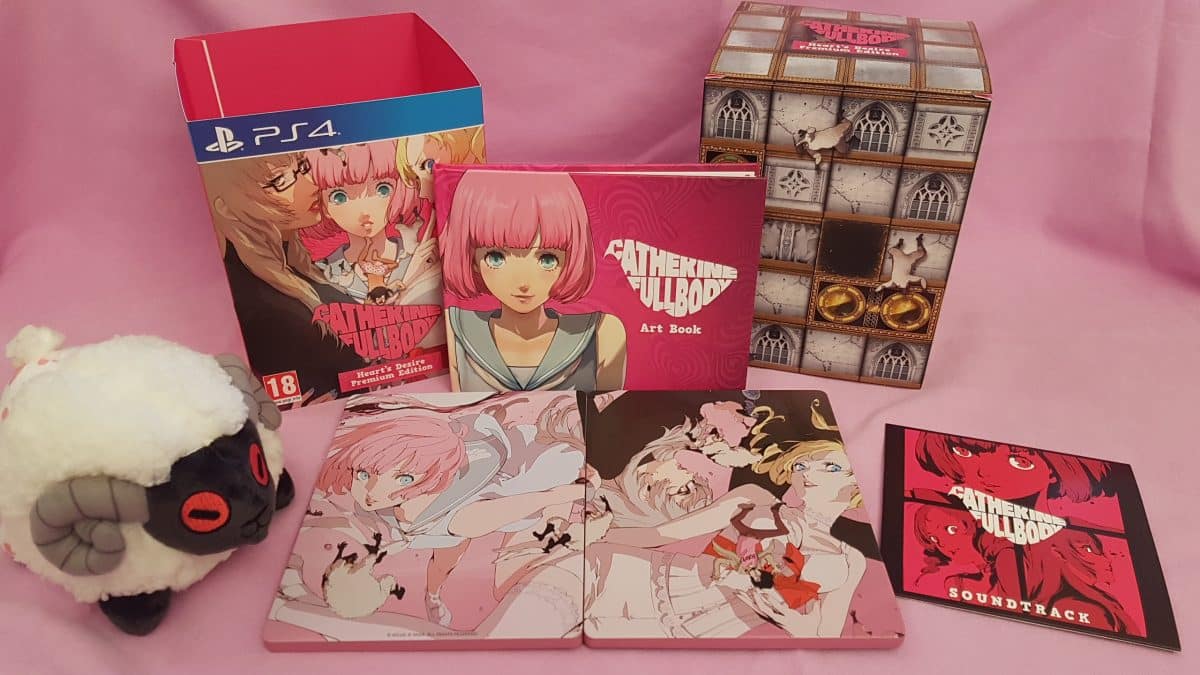 Not a big box, this one, but it still holds the game, a very well designed metal case, the soundtrack, a sheep plush (sooo nice….LOL) and a colorful art book which probably is the best part of the collection, since the guys at Atlus really know how to put up their outstanding visuals.

The plush is rather funny, but it actually is a very welcomed touch of irony in a plot that sometimes is rather scary and gory. 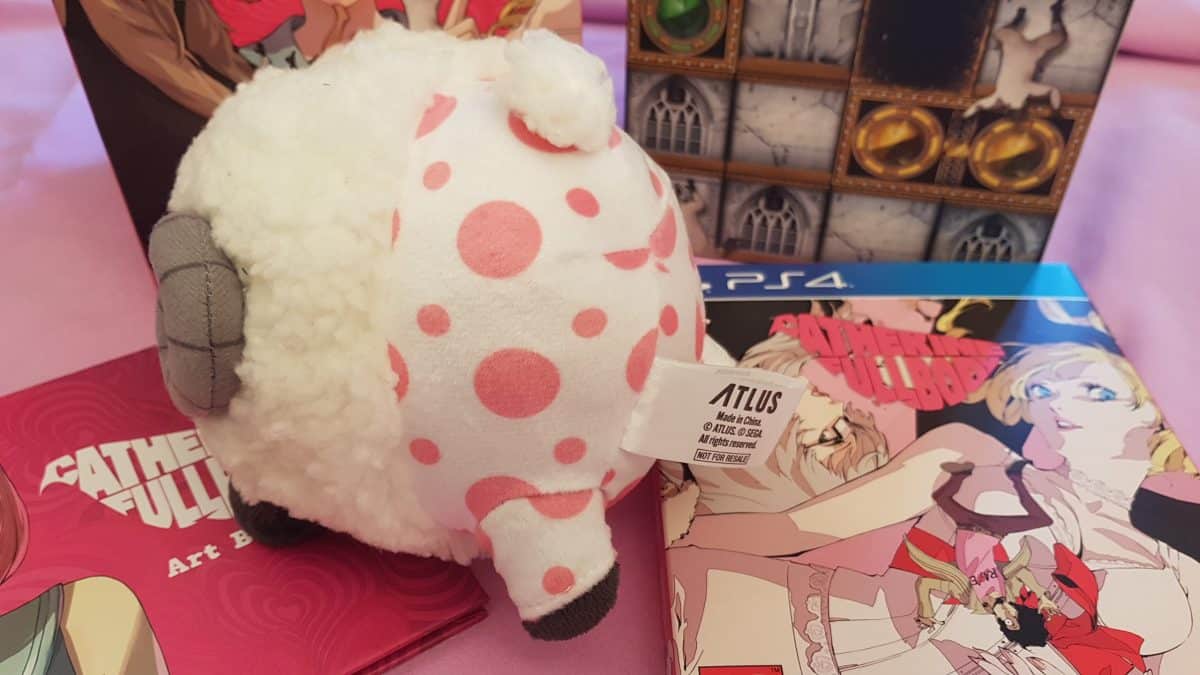 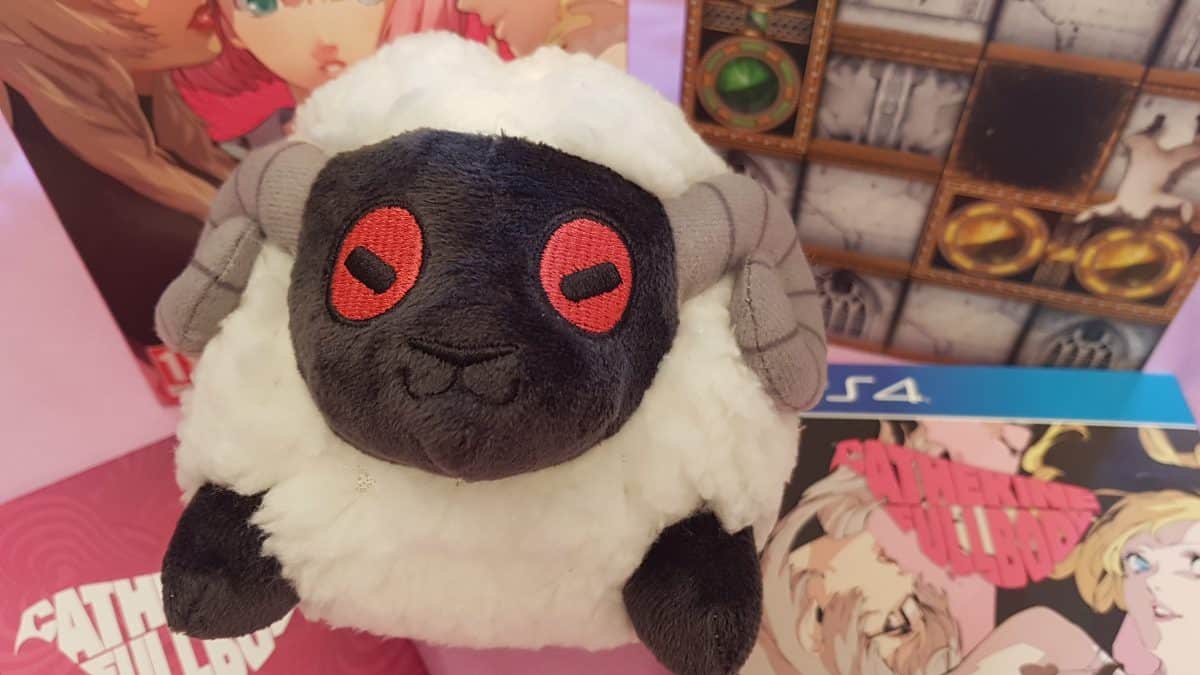 Despite its age (the original version was published in 2011), it is my opinion that this game is still fun to play even today. As a matter of fact, nude always sells, but the irony behind it, the animated sequences, the multiple endings, and the clever puzzles are still more than playable even today. Have fun with Catherine (virtually, I mean…) and keep supporting us like you always do. Thank you for reading. 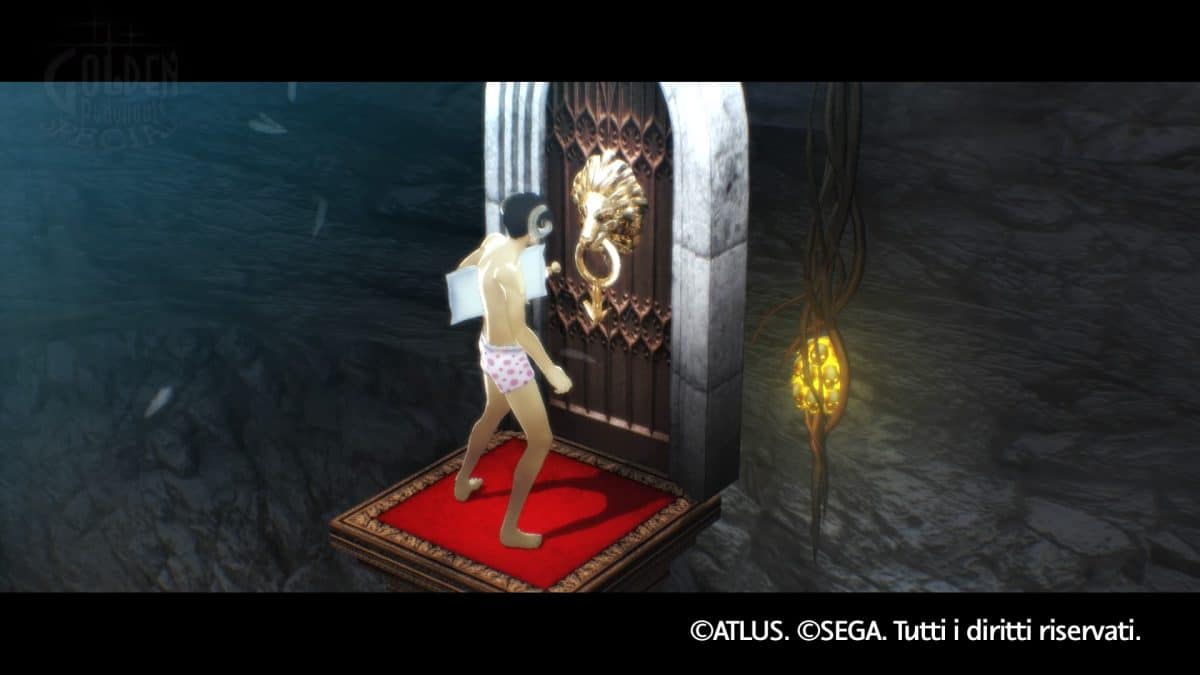