Apocalypse is one of those games that everyone had heard of but waited for and in the end, they never got the chance to play because of the developer hell this particular game went through. Apocalypse was in development for more than 4 years and it went from publisher to publisher and later on from development team to development team due to everything from the demise of the publishing company to artistic differences in the actual development team.

I am pretty sure most of you old schoolers remember this picture, it was on the front of many magazines and the graphics made people want it badly but what they didn’t know was that it would take 4 years for this game to be released even if the game was very close to completion after 2 years.

Apocalypse features a very rough and crappy intro sequence and that was one of the first things that were totally out of the graphics style present in the rest of the game, i won’t go into the music/sound as that was even worse, what were they thinking of?…

After watching more shots now it’s clear why the team split, the graphics difference between levels and general design are very far from each other and at times the game feels very unfinished.

Pictures like this scream awesome and it’s one heck of a looker, sadly the game was nothing more than a Choplifter clone with some really good graphics at times but very badly and archaic controls that totally ruined the game. 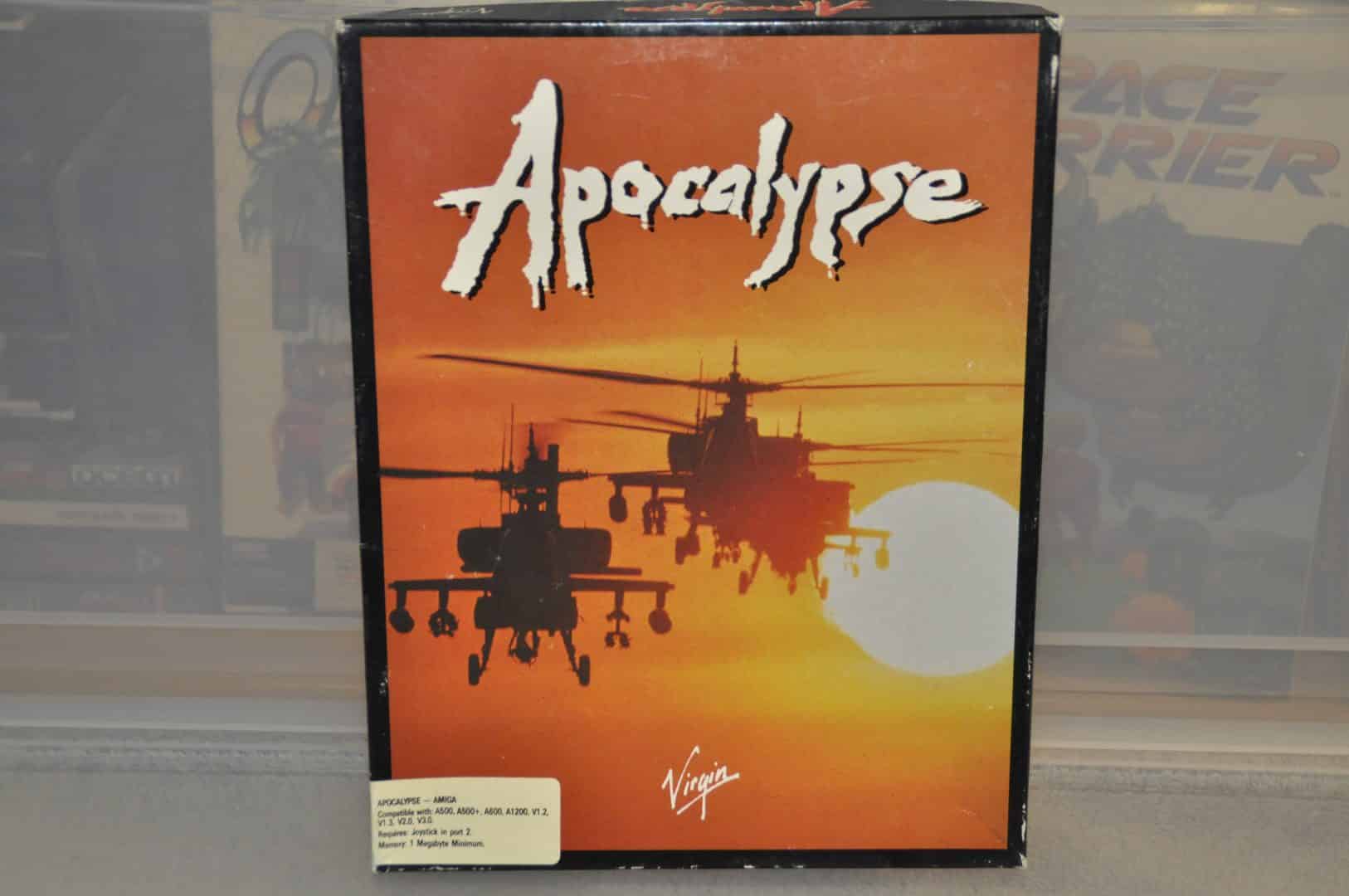 The game went through various changes and so did the box design but in the end, it looked like this and it is one of the reasons i bought the game back in the day even though i had 2 different pirate copies already in my collection. 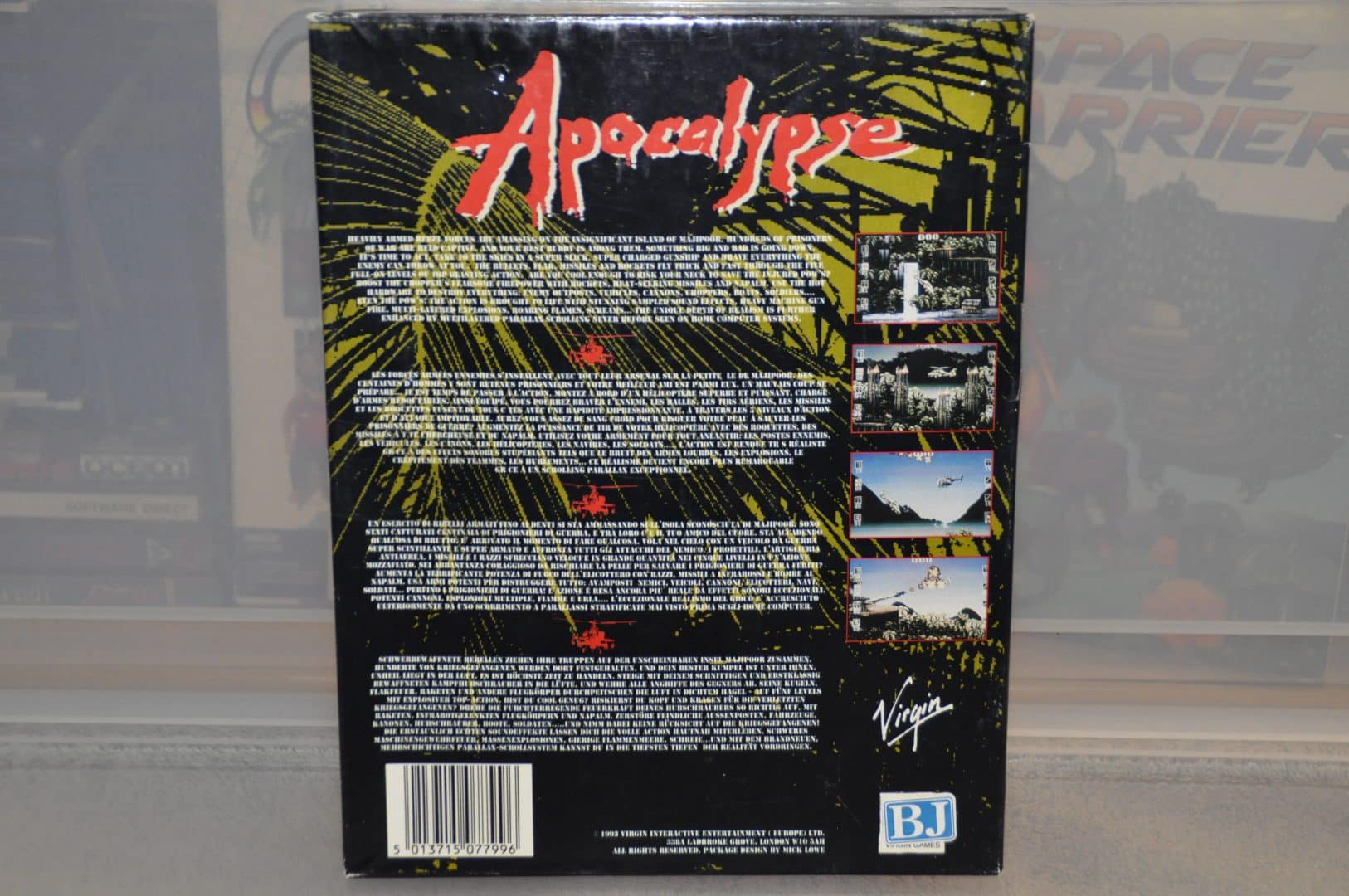 The backside also screams “BUY ME!” but sadly the game came too late (1994) and most likely did not sell as good as it would have if it was released in 1992/3.

Virgin always had a good standard on their game boxes and content and if you had seen one you had seen em all and that is not a bad thing really but if you got all their games that’s when you realize how “generic” they really are next to each other.

Frustrating controls, dodgy sound and a feel of incompleteness made this game one very hard game to play and one that i never completed (did anyone?) as it got tedious and like a job after a while and by the time this game was out there were so many other games out there that you would rather play.

Apocalypse could have been a real gem but due to development hell the game ended very much up like games like Duke Nukem Forever, a potentially killer but so much time went by and different teams and confusion made the developers lose interest in the title and just released “AS IS”.

Apocalypse ended up getting very mixed reviews, everything from in the low 20’s to the high 80’s out of 100 and most people guess this is because the guys whom actually played the game quite a bit figured out the game was actually a huge letdown and unfinished like this unbelievably horrible main menu picture…..

Screenshots from Hall Of Light, box shots from my own collection. 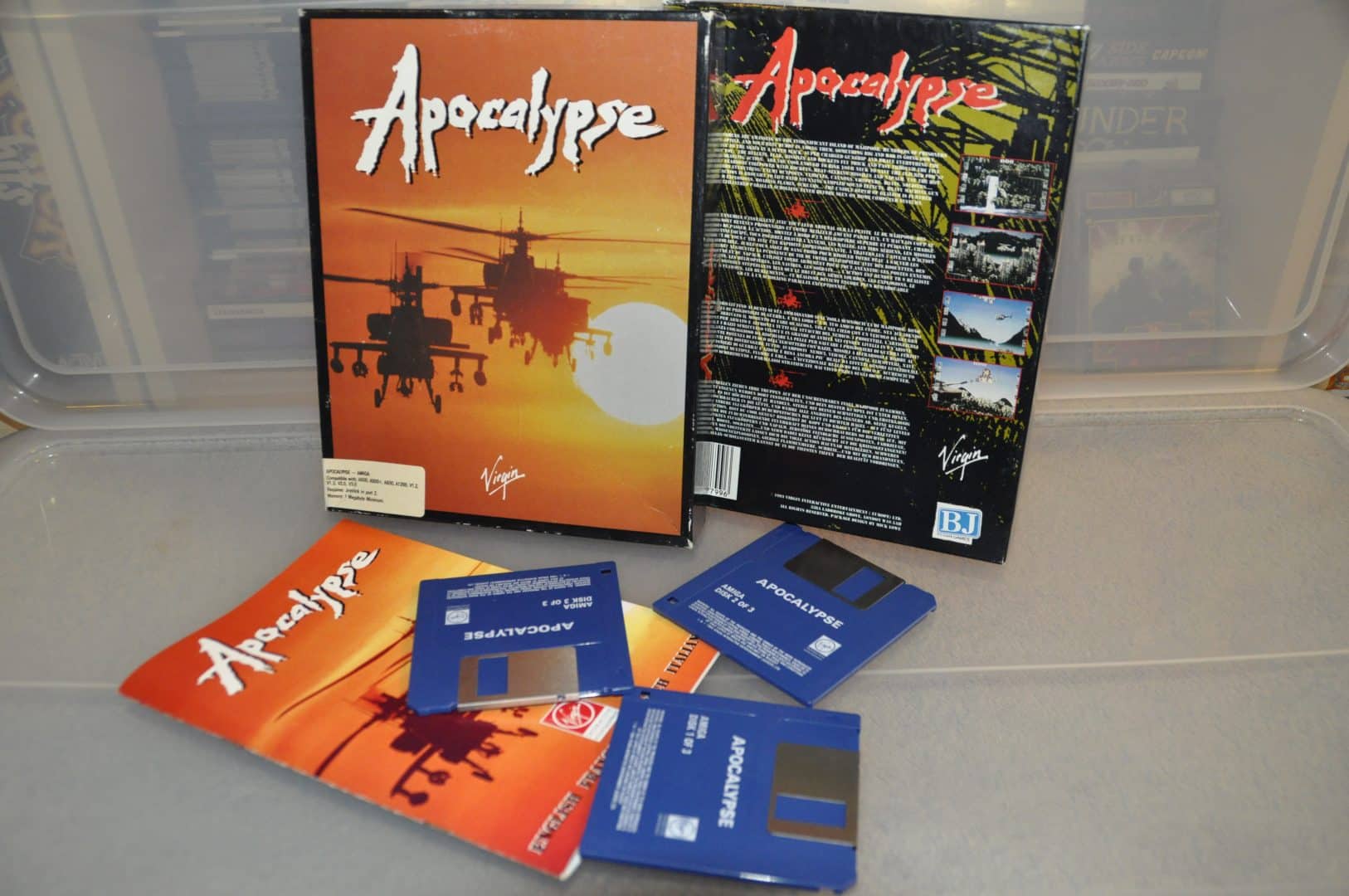 1 thought on “Apocalypse In Development Hell”