I have had a few games that I never could put down, Defiance (from 2013) on the PlayStation 3 was the very first game that made me so hooked that I simply ignored just about every other game released for the next six to eight months.

It was the first MMO that really hooked me, I have been hooked on others before but nothing like this time, I played it both alone and together with friends and towards the end, I even lost my account due to a server glitch, luckily it was fixed a few days later.

The reason I stopped playing the game was simple, my goal had been reached when the Platinum trophy was unlocked but I must admit that I kept missing the game for months if not years after I unlocked it.

A new Defiance game is due to come out this summer, even better is that there is a beta starting shortly!.

Make sure to use your old account if possible as there’s a treat for players of the first game.

As a thank you for players of the original Defiance, we are presenting the Valor Program, a system that will reward players for completing Pursuits (achievements) with special purchasables through a new unique currency called Valor Commendations. Valor Commendations can be redeemed in Defiance 2050 to unlock awesome items that will be exclusive to our dedicated Defiance fans. 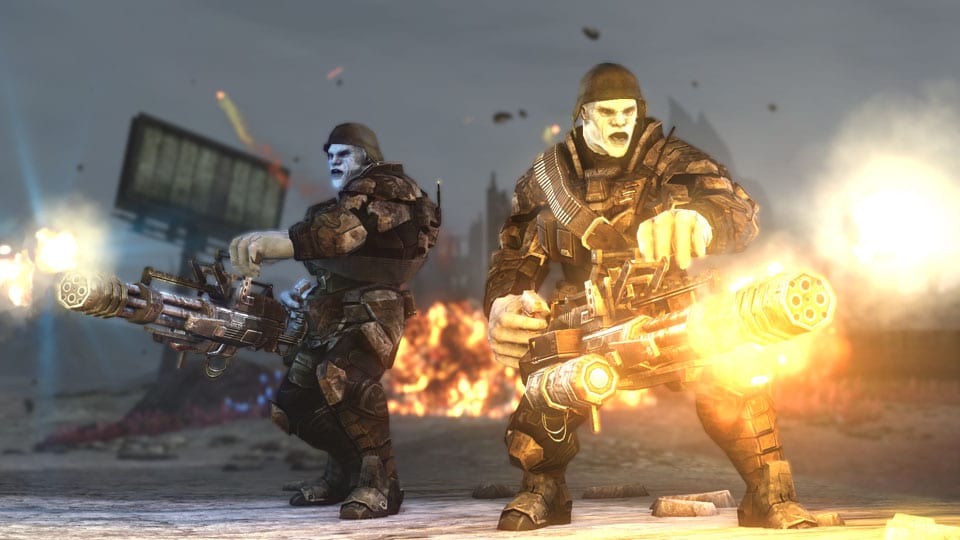 I am really looking forward to picking this one up again, it looks like its more or less the same game but I have so far only seen the video above.

This new release is for the PS4 so let’s hope the framerate issues are gone and that all the small annoyances from the first game are gone.

Defiance was a proper love/hate game for me, I hated its faults but loved it anyway and in general, the game wasn’t all that good either really, more of a guilty pleasure thing.

It all started with a tiny preview article and some videos…

A few Days later I went and bought this one…

Defiance Collector’s Edition – One Of A Thousand?

I eventually got the Platinum trophy and my journey ended.

Hope to see you in the game at one point, I will be there from the start for sure!.