FullBlast is one of those games that have been on my wanted list for a while, you know what? I think it was back in 2015 when i first heard of this one.

One of the things that make this game stand out from the rest of today’s Vertical Shoot ’em ups is that this ain’t a Bullet Hell Shooter but more like the old 80/90’s classics like Raiden, 1942 and Flying Shark and so on.

FullBlast was released last night on most formats but this article is based on the PlayStation 4 and Vita (cross-buy) version. 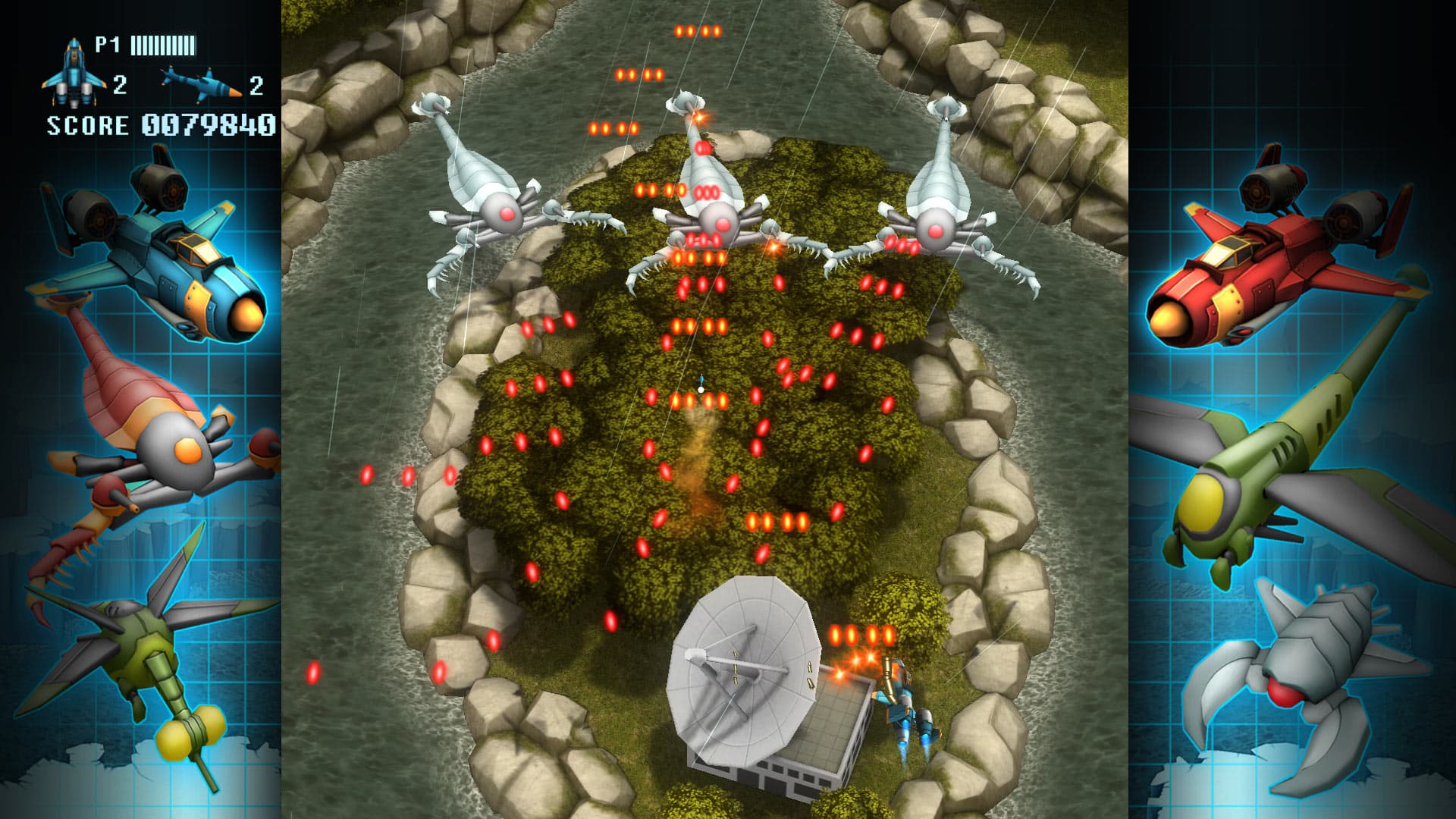 FullBlast got a few tricks up its sleeve with a lot of power-ups, multiple platinum trophy(s), 12 huge levels, a typical late 90’s retro look and best served in a 2 player co-op mode, oh and maybe best of all is the very low price tag of 5 Euro/Dollars.

How can you go wrong with this then?

Well, it all starts off pretty good indeed but once you have played it a bit, well, you will notice some bad things with the game, and while none of them are indeed game-breaking ones they are still very obvious and will leave fans of the genre with a sour taste in their mouth.

The most prominent problem with the game is the sound, the sound fx is just too loud and intense and the music is just too heavy (Hardrock/Heavy Metal) for such a title like this, i don’t mind the style but it just feels wrong in this game and style which means one thing, i had to turn the sound down.

The controls are another thing that needs some adjusting as it feels too loose which means that the whole precision thing with dodging bullets and whatnot just becomes too much of a hit and miss instead of being skill oriented. 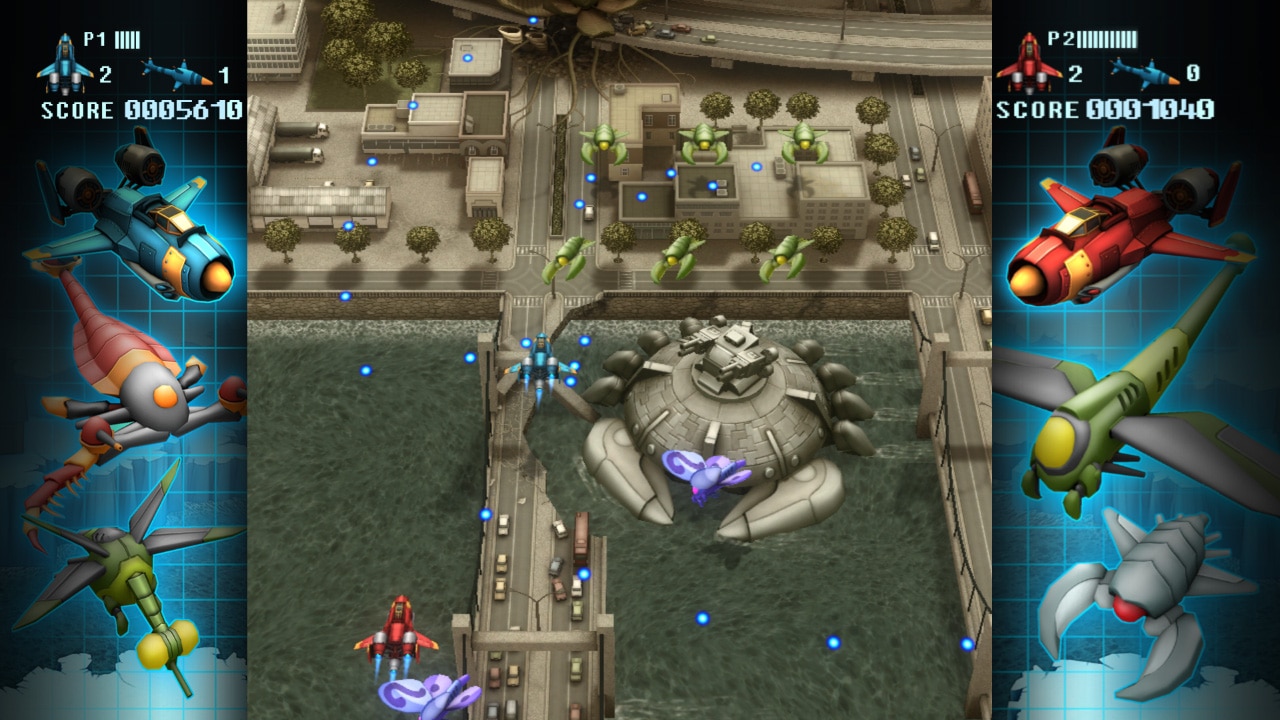 The gameplay feels ok enough with quite a few different enemy styles and waves patterns to make most people happy, another good thing is that the boss battles never turn into Bullet Hell craziness either which means this is a title that you might be able to complete the game without going totally ape.

FullBlast feels very casual and yes it got that “free mobile” type of feel to it too but not in a negative way really.

FullBlast is best seen as a budget shoot ’em up of the yesteryear, its far from a classic sadly and while i did enjoy it i still got the feeling that this should and could have been a much better game if tweaked and adjusted a bit more.  That said, this game is a must-have for both the serious Shoot ‘Em Up fan and trophy slave out there as you can and will most likely obtain a Platinum trophy in less than 20 minutes.