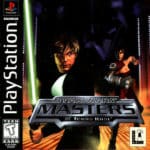 In all these years Star Wars franchise is probably one of those which saw its name in the news most times, be it for movies, cartoons, books, toys, and videogames. In particular, the saga had really many installments as a videogame, not only as a single multiplayer game but also with beat ’em ups like the old PS1 Star Wars: Masters of Teras Kasi (LucasArt, 1997). Oddly enough, let aside the recent Battlefront and Battlefront II (competitive multiplayer – PS4), I never played an SW game before so, when Fallen Order was announced, I decided to give it a go. A “first-hour preview” was published on these pages some time ago, so let’s see if the game lived up the expectations or not.

As I said in the preview, the title is a blend between an action-adventure and a platformer, in a way that closely remembers (at least in this first hour) what we used to see in the early Uncharted titles (with all due respect, that is). In the shoes of Cal Kestis, a Jedi trainee disbanded on Planet Bracca after the fall of the Republic, you will have to join forces with an improbable party to retrieve the list of young people sensitive to the Force to re-establish the Jedi order and take the Galaxy back from the Empire.

This list is concealed into an artifact called Astrium, and getting your hands on it won’t be easy at all since the Order wants the Astrium as much as you do, obviously for the opposite reason. Your journey will take you on many planets: Zeffo, Kashyyyk, Dathomir and Illum (where the Jedi’s Frozen Pilgrimage was built), in an endeavor that, before anything else, is a quest for your true self.

As time goes by and your confidence grows stronger, your Jedi’s powers will come back. Also, they will be enhanced by acquiring the appropriate skill from the Skill Tree by exchanging your XPs.

If the exploration phases resemble the now standard Uncharted/Tomb Raider ones, the combat system is somewhat similar to Sekiro: holding L1 will allow you to block attacks, but a continuos block will drain your stamina bar, leaving you very vulnerable to enemy attacks. On the contrary, deflecting an incoming attack in a timely manner will make your enemy stagger, exposing his/her body to a deadly blow. Where Sekiro had ninja tools to enhance his attacks, here Cal Kestis has Jedi powers, like Force Push, Pull or Slow to defeat his enemies and to continue his quest.

From a technical point of view, the game has a beautiful graphic compartment and, despite not being an open-world game, it features huge levels that you will have to visit more than once, as soon as your skills permit.

In the end, Fallen Order is a good game that maintains what it promises, and even though its characters’ likenesses sometimes look a bit unrealistic, it will sure keep you entertained and satisfied for weeks. Thank you for reading.