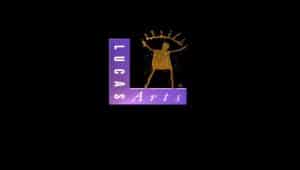 Grim Fandango is one of those hyped so much it should have taken over the world type of games, but it didn’t and it was a commercial failure and took down the whole Point and Click Adventure genre.

It is sad how all of this went down and while i never did get front row seats to all of this i still got to feel it a few years later (read 8).

The reason was that this game was only for PC and there was no Amiga version of it in sight and it was surely never planned either since Monkey Island 3 never came either. 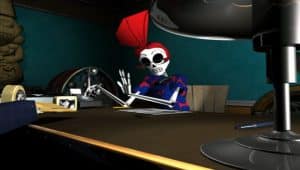 In 2001 or so i got in touch with a guy who was working on a ScummVM version for the Amiga and that was when i got around to know all the PC adventure games that the Amiga never did get and as time went and the emulator got better the more games i got to try.

After quite a few years and loads of ScummVM updates another friend contacted me and told me about this new cool thing called “ResidualVM” which was an emulator thing for the best adventure game ever, a game called “Grim Fandango”.

He had started porting this to AmigaOS4 and i had to try it, it was smooth but buggy at that stage but as both him and me did various updates and changes we finally had a “pretty ok” version which i eventually managed to complete the game in albeit by skipping some puzzles etc as the emu had problems.

At that time i put down the engine and all my work on it and basically thought that i would never see the game again, that was until a few months back when Tim Schaefer and co announced a remake/remaster of Grim Fandango for the PlayStation 4 and Vita. 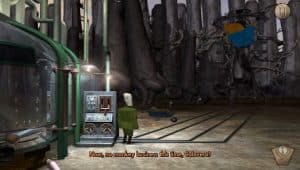 Excited as i was i went on to read up about it, check all the stuff that had happened on the Amiga version of ResidualVM after i left the project and i found out that various others had picked up the source and that the state of the game was better than ever. I expected that this remasters that Double Fine announced would basically be using the Residual code/emu but i found various things that made the game more than just a port.

Grim Fandango is one of those games that is so illogical that it actually ends up being logical and at the same time hilariously funny, it does have a few crappy ideas here and there like 2 puzzles in the game, 1 involving an Aligator and another one a Battle Axe but they work and they do make sense but is damaged because of controls and camera views. 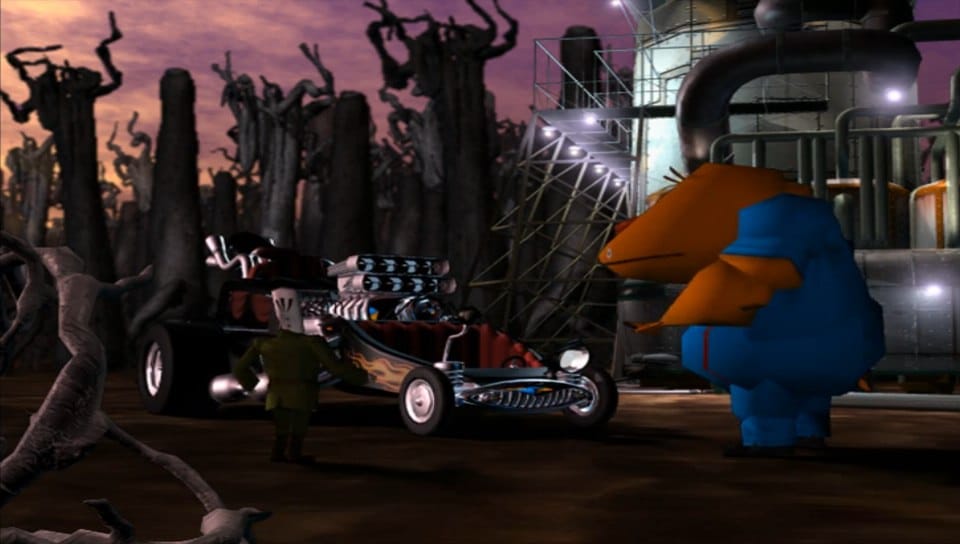 There were a few things with the Vita version at least that really annoyed me like Slowdowns, quirky controls, and horrible load and save times.

Positive stuff? well, nothing seems to have been cut down in terms of gameplay etc. 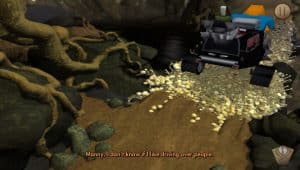 I completed the game quite a few years ago and i remember that i laughed like crazy and that i found the game to be one of the better adventure games and i still think so as i still laughed and had a great time playing it.

The Vita experience may have dragged the game down a bit but a perfect game to play on it nonetheless, Tank controls with touchscreen works great, easy trophy!.

Funny thing is that the Vita version is actually 3.5GB, yes you heard me, crazy size for this game type. 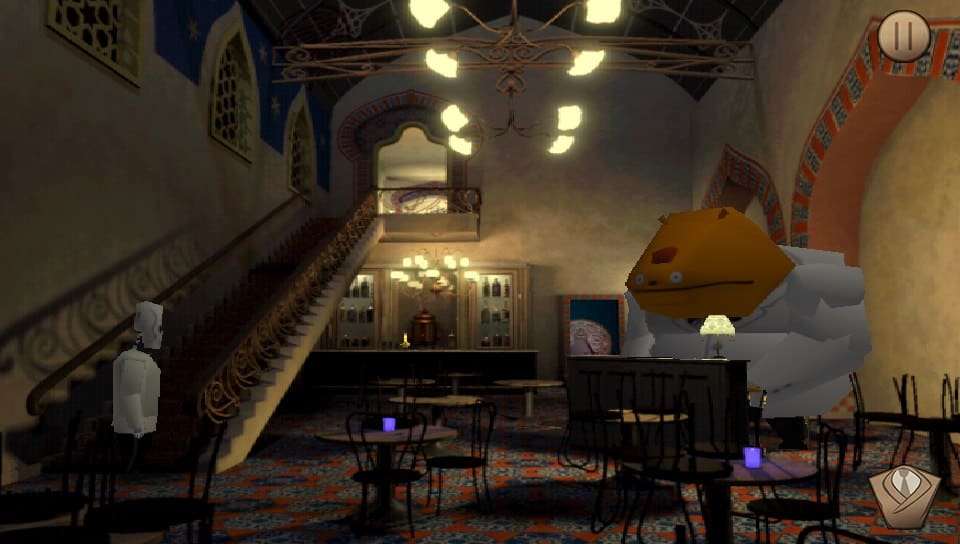 This is one of the really funny scenes, you get to hear Glottis (big orange dude) sing and play “Rusty Anchor” and this is just 1 of many funny themes, chanting with bee’s is another one for instance. 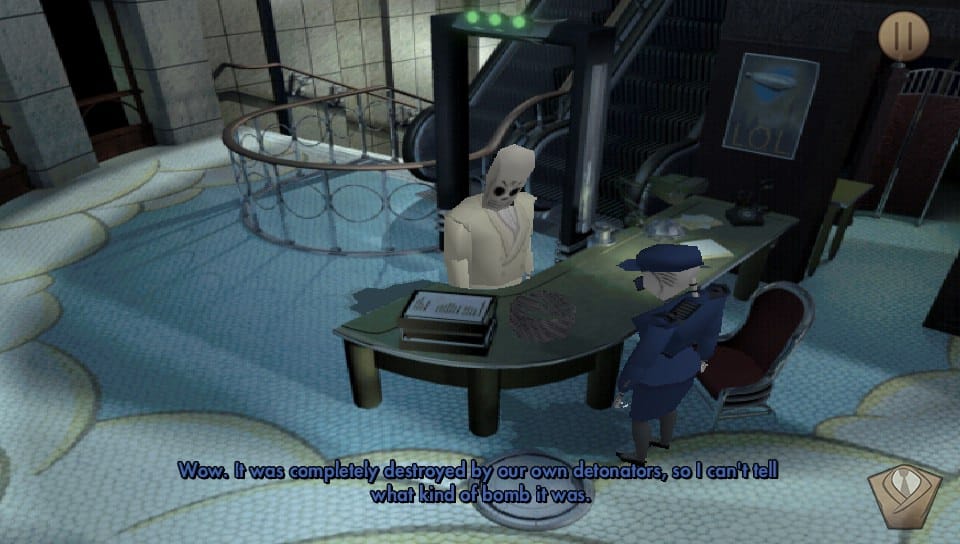 This is probably the most memorable thing in the game for me, hilarious scene(s), only crazy people can come up with stuff like this!. 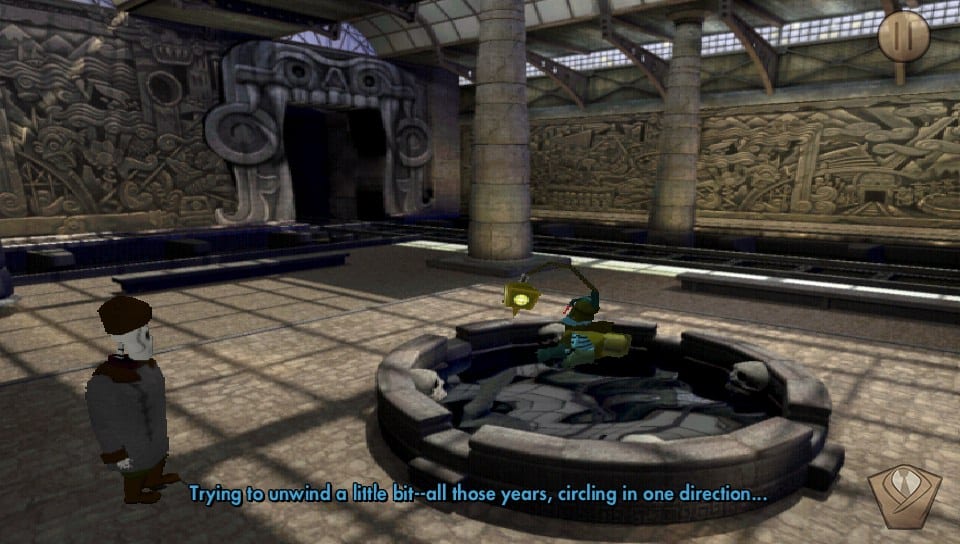 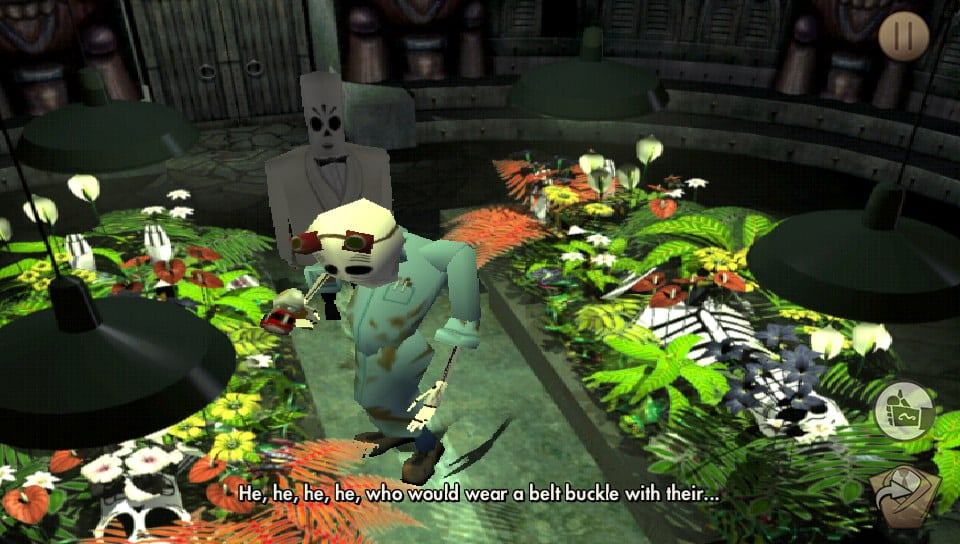 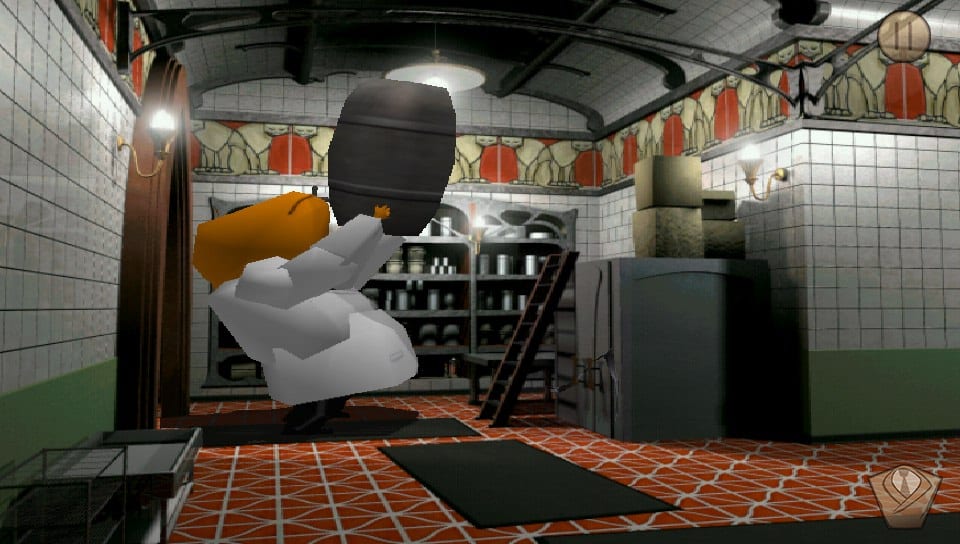 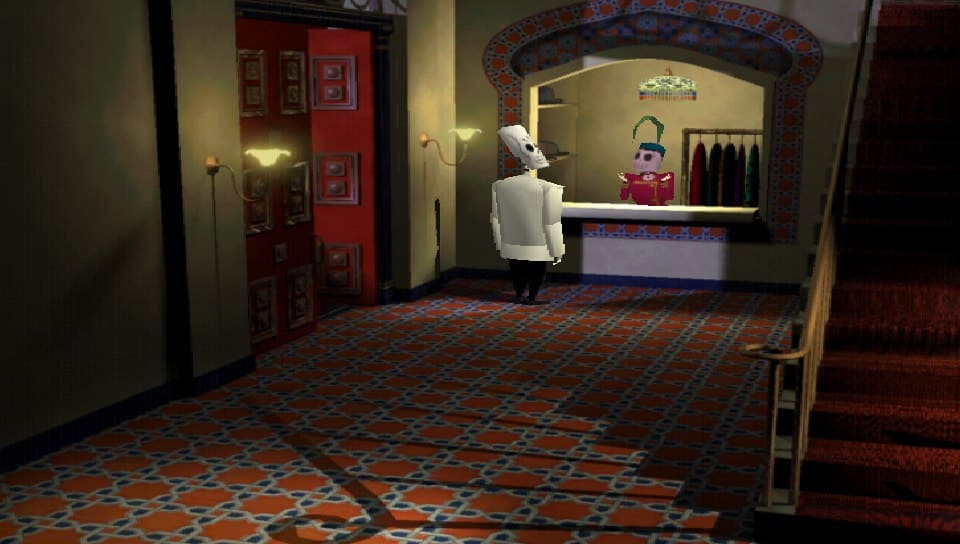 The transition to “HD” have done the game no favors, they have changed nothing basically and it was not a good looking game back in 1998 due to it being 3D and low spec. The Remaster has a few new things like Widescreen mode (thank god!) and a full game commentary which btw is kick ass funny and one should complete the game a second time just to get to hear the commentary stuff too.  (the first playthrough without, second with it is what i recommend).

Give the game a go if you’re into Adventure games but don’t expect the game to look “2015 ish”.

Buy the game, support the devs and maybe, just maybe we will get new adventure games from these guys.

Follow Us... Inspire Us To Get Better... Keep The Flame Alive
Welcome To Poland – Dying light Collectors Edition. Exclusive Polish Bundle – Edycja Kolekcjonerska – Back To The Roots. – From Stardust To Super StarDust –

7 thoughts on “The Grim Reaper Is Back!. – Grim Fandango Remastered”