By this time I am absolutely sure that none of our readers is still unaware of the turmoil that the recent release of Cyberpunk 2077 turned out into. This game, announced back in 2012, revealed very little of itself until a few months ago. The reiterated delayed, partially due to the pandemic, has contributed to rising the hype beyond bearable limits, just to turn out in a complete (and maybe not too unexpected) global flop.

This first impression report, though, is not meant to be a full review (impossible for me to do at this time) nor a futile rant: rather, I’d like to give you guys a way to see it by yourself, in order to decide whether to buy this title of not.

It is a fact that Cyberpunk 2077 is littered with bugs: the developers admitted to having concentrated on PC and next-gen, leaving somewhat behind the current generation of consoles. Other reviewers reported the game to be unplayable on a standard PS4 (and XBox One): I actually tested the game on a PS4 Pro, and I can sadly confirm that heavy dropping of the frame rate, low-res, popping-up textures and general lack of performances are still there despite the latest 1.04 patch. CD Projekt Red, though, is a great developer, one that proved worthy beyond any reasonable doubt. They recently stated that getting their lost reputation back is paramount and any effort will be made to reach this goal. I believe they do deserve some respect so, instead of ranting, let’s take a look at the game, hoping that the bugs will be corrected soon.

Based on the work of Mike Pondsmith, the legendary creator of the Cyberpunk board game, this one sees you in the shoes of V, a mercenary specialized in hacking with options for ranged combat and melee attacks.

Developed in a first-person perspective, Cyberpunk 2077 is set in Night City, a fictional American megacity in the Free State of North California. As always happens according to the cyberpunk “hi-tech, low-life” stereotype, NC is controlled by corporations that are so powerful to rule despite country and state laws. As a result, it is plagued by gang and corporation wars, all of them fighting for dominance. Everyday life relies heavily on robotics for everything: waste collection, maintenance, and public transportation included.

As said, low-life (homeless included) does not preclude the possibility of having hi-tech but the constant exposure to physical modifications, abuse of neuro-drugs and information overload makes room for physical and brain disorders, often put under control by Psycho Squads. As a consequence, the constant threat of physical harm allows citizens to openly carry firearms in public.

After a brief introduction, after choosing player background (Nomad, Streetkid, or Corpo) and character customization, your adventure will start and it will see you making a deal with a local fixer named Dexter DeShawn, who hires you and your companion to steal a mysterious biochip known as the Relic from Arasaka Corporation. 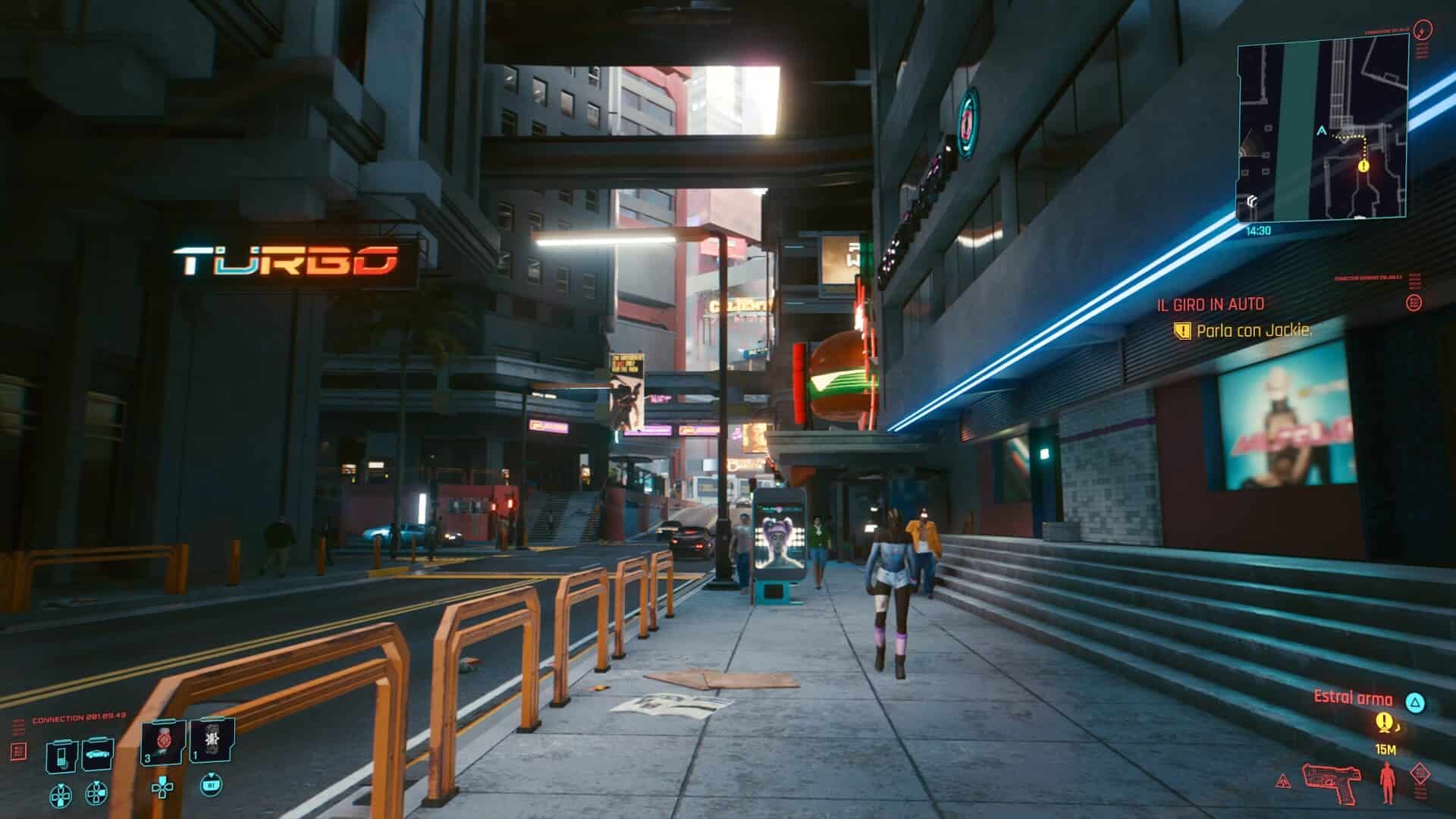 From that moment on, an overwhelming amount of activities will start and will put you directly into action. Cyberpunk 2077 world is full to the extreme with weapons, mods, gadgets, junk, and the likes. I played only a handful of hours, and I honestly like this game. Partly it is because cyberpunk is, by far, my preferred literary genre; partly is because the plot is intriguing and it looks like a good game. At the moment, though, everything is very confusing: too many options, way too soon, coupled with confusing inventory management, are really hampering my experience, not to mention the problems with the frame dropping and the low responsiveness in critical situations like enemy combat. In addition, the marvelous Night City teeming with life that we learned to love in the recent past, is barely there: NPCs have been greatly reduced in numbers (perhaps in order to improve the overall system performance) and a lot of them look alike. 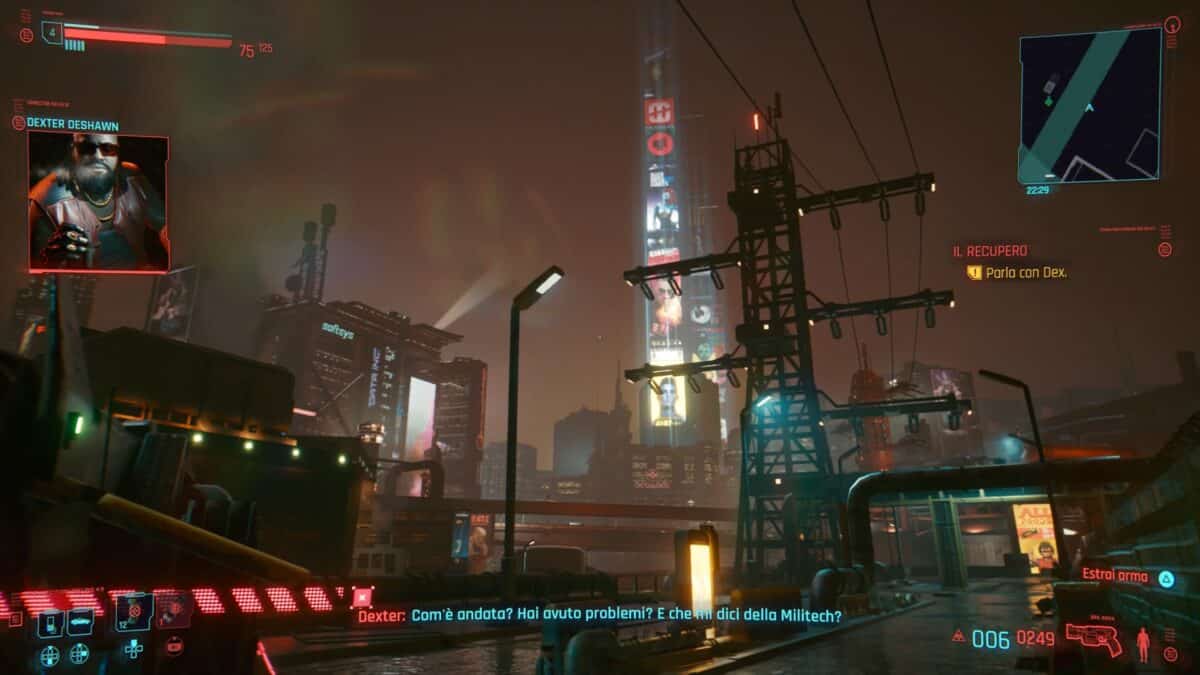 Despite all of this, I want to give this game a chance. I will patiently wait for follow-on patches trying to enjoy what I have at the moment. On the other hand, since the game promises different endings according to your initial choice of character’s class, at least a second run is “mandatory”.

As stated at the beginning of the article, this one wasn’t meant to be a full review, so here is the unboxing as well.

The “standard” edition I put my hands on does have a few goodies inside, the most notable of them (as far as design and style goes) are the postcards and the stickers.

The box also sports, as a companion, a hardcover comics set in Night City. The book is very well done, and here are a few pages taken from it.

As stated in the article, I just skimmed the surface of this game, so stay tuned for future updates as I progress along with the storyline. Thank you for reading.