Its been a while now since last time i got random free stuff, at least if you don’t count Loot Crates, so it is time for some bragging again.

Out of the blue, a gamepad from Kidz Play appeared in my post box, included was a note from the distributor and if i wanted to do a review of it.  I suspect the reason for this is because of the countless times that i have questioned why there ain’t more controller options for younger kids.

So here it is, it been on the market for quite a while but i have never seen or heard of it before.

The box says it is an official Sony/PS licensed product and there’s a PS logo on the box, and on the controller too. 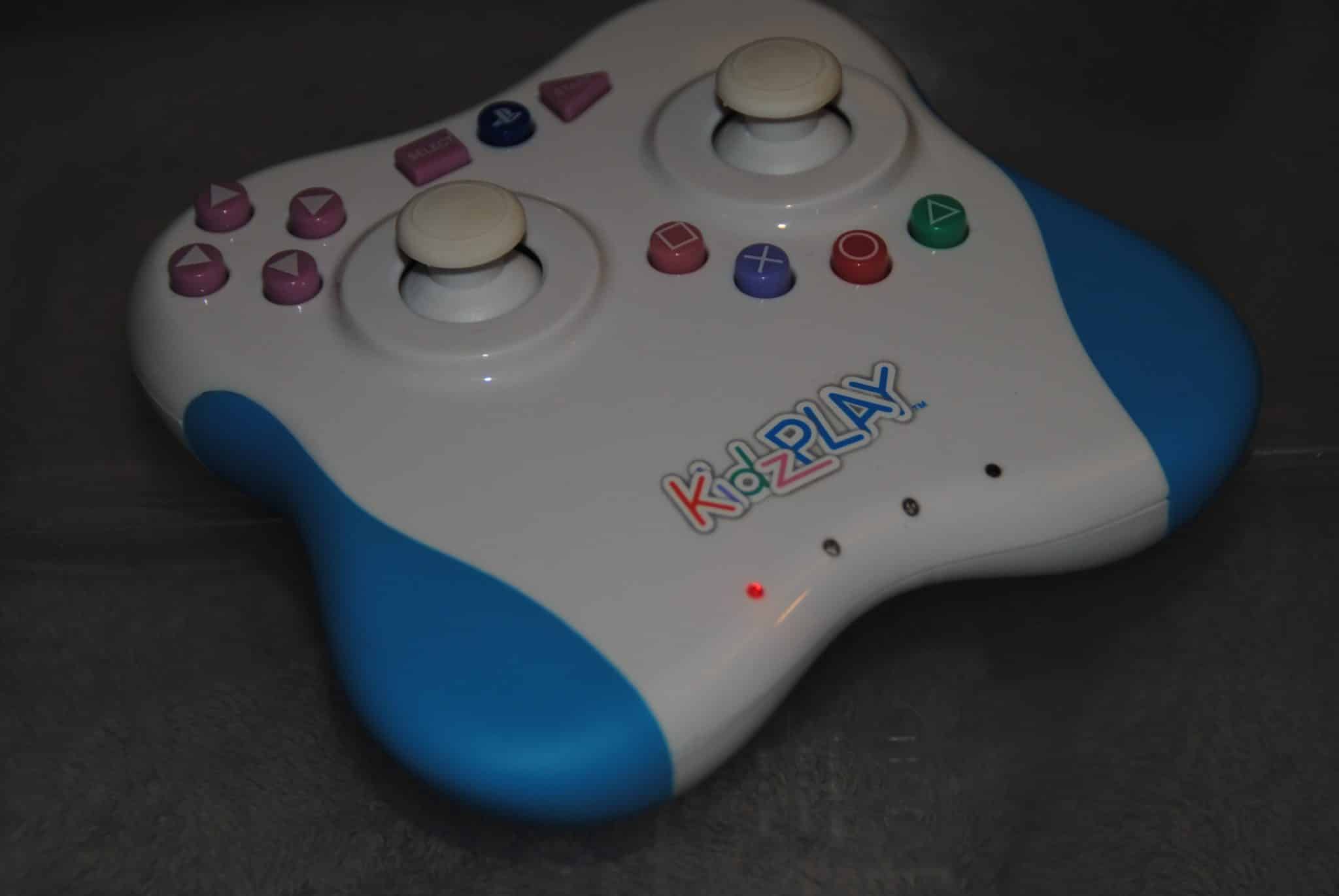 This is how the controller looks like, quite nice and also very “childish” if the controller is all that good for small hands is something only a closer look will tell.

The design doesn’t feel cheap either although a small look at various online shops shows prices as low as £15 (GBP). 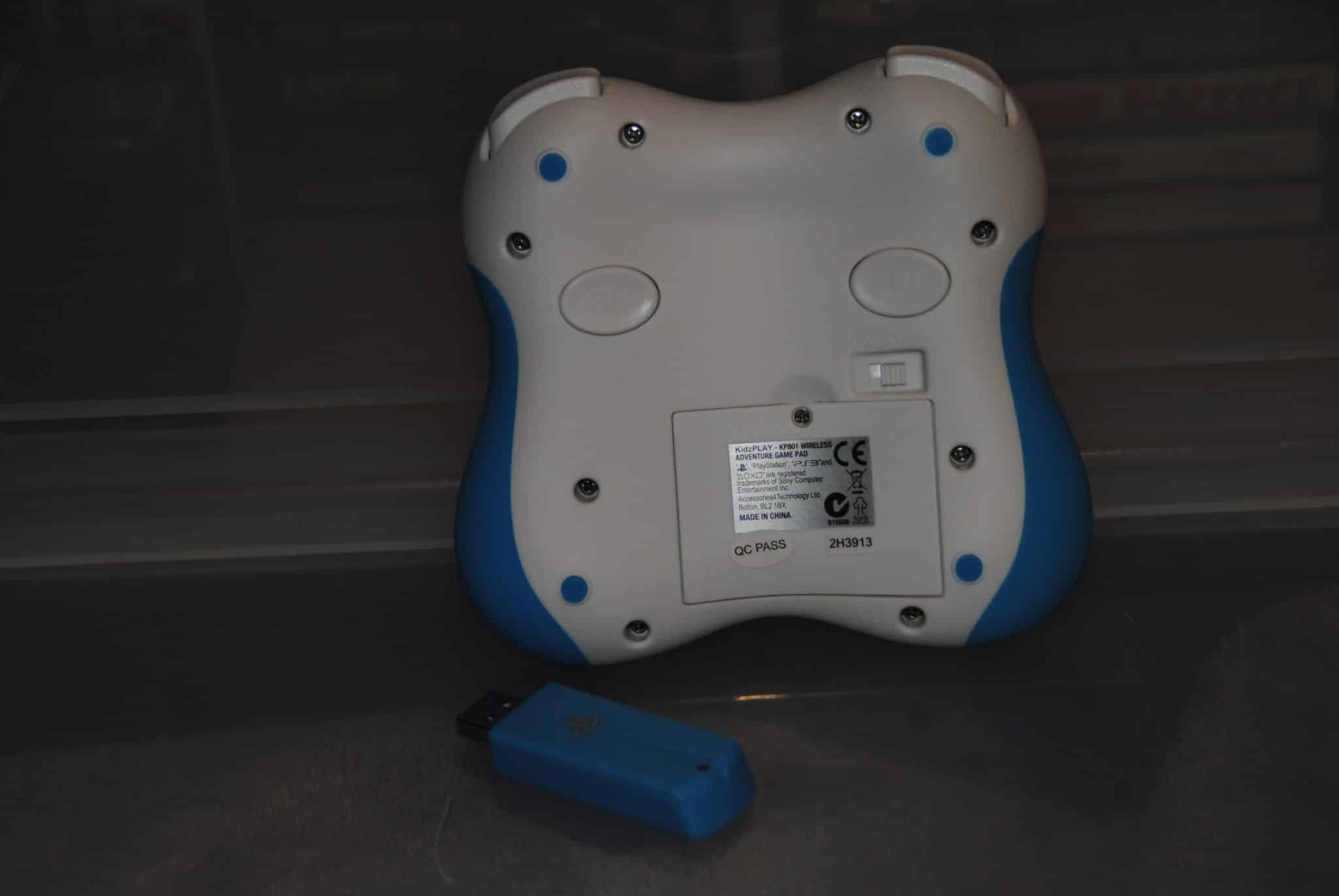 Sadly this is a USB pad and not a Bluetooth pad, and i have to wonder why they used that when it is as close to an official product as possible.

I hate these adapters, must have 20 of them above now… 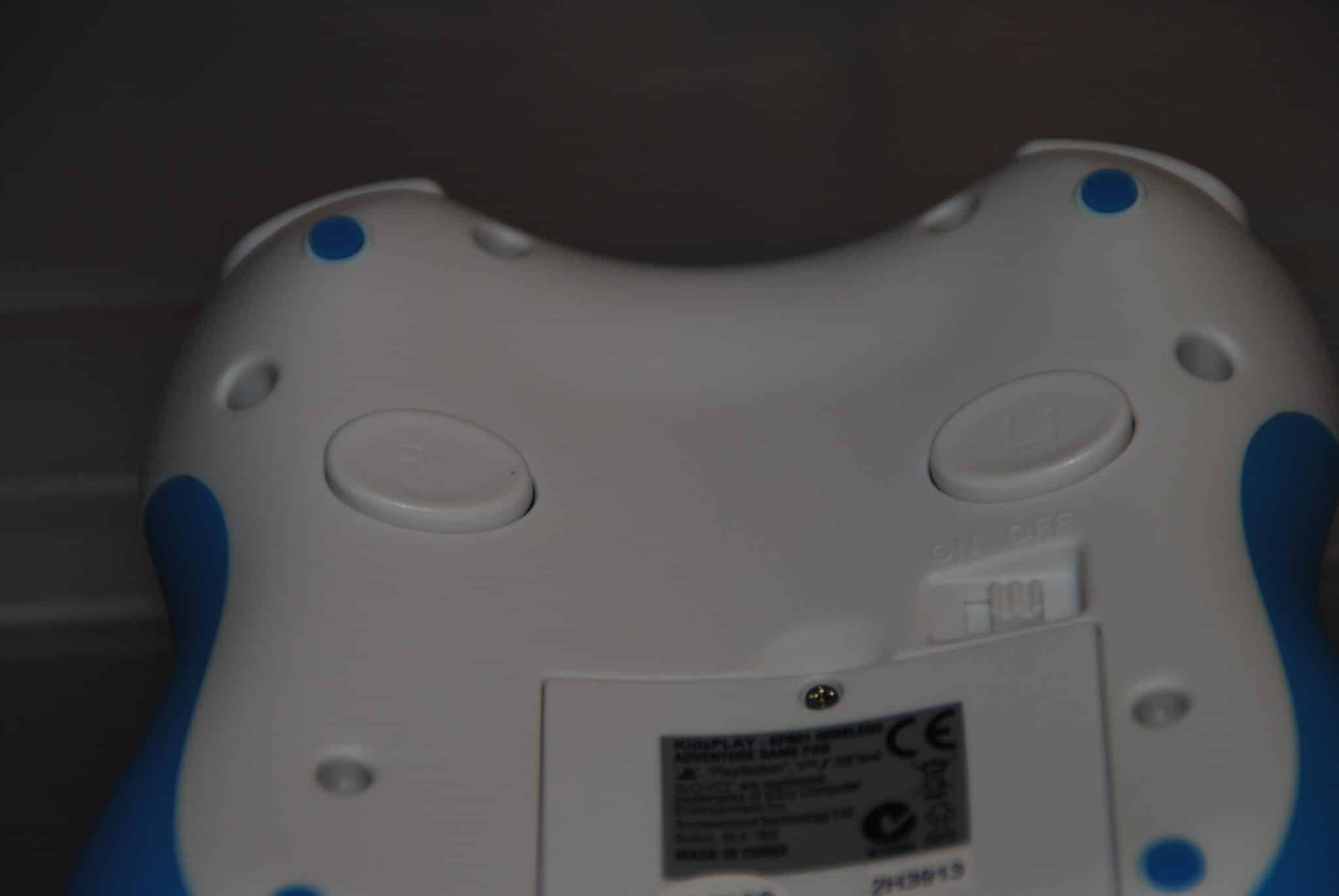 Interesting move as this is something i have wished for before, and something i hoped had happened when they designed the PS4 controller…

So how does it work? , how long time will it require before you get used to it? 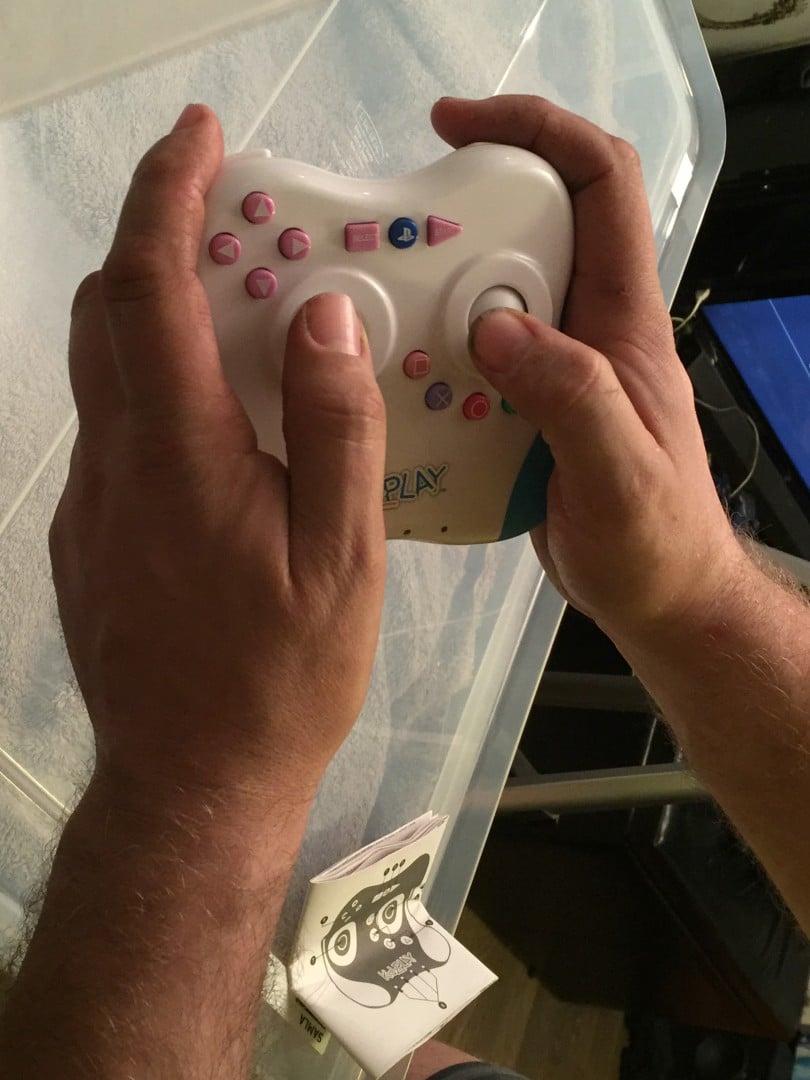 This is a picture of my hands holding the controller, at first i was like, how the hell do i hold this controller?. When i got the hang of the analogue sticks then i met a new problem, the placement of the Face-buttons (X, O, Triangle and Square).

As you can see the placement ain’t logical at all for us who have used a PS pad since forever. 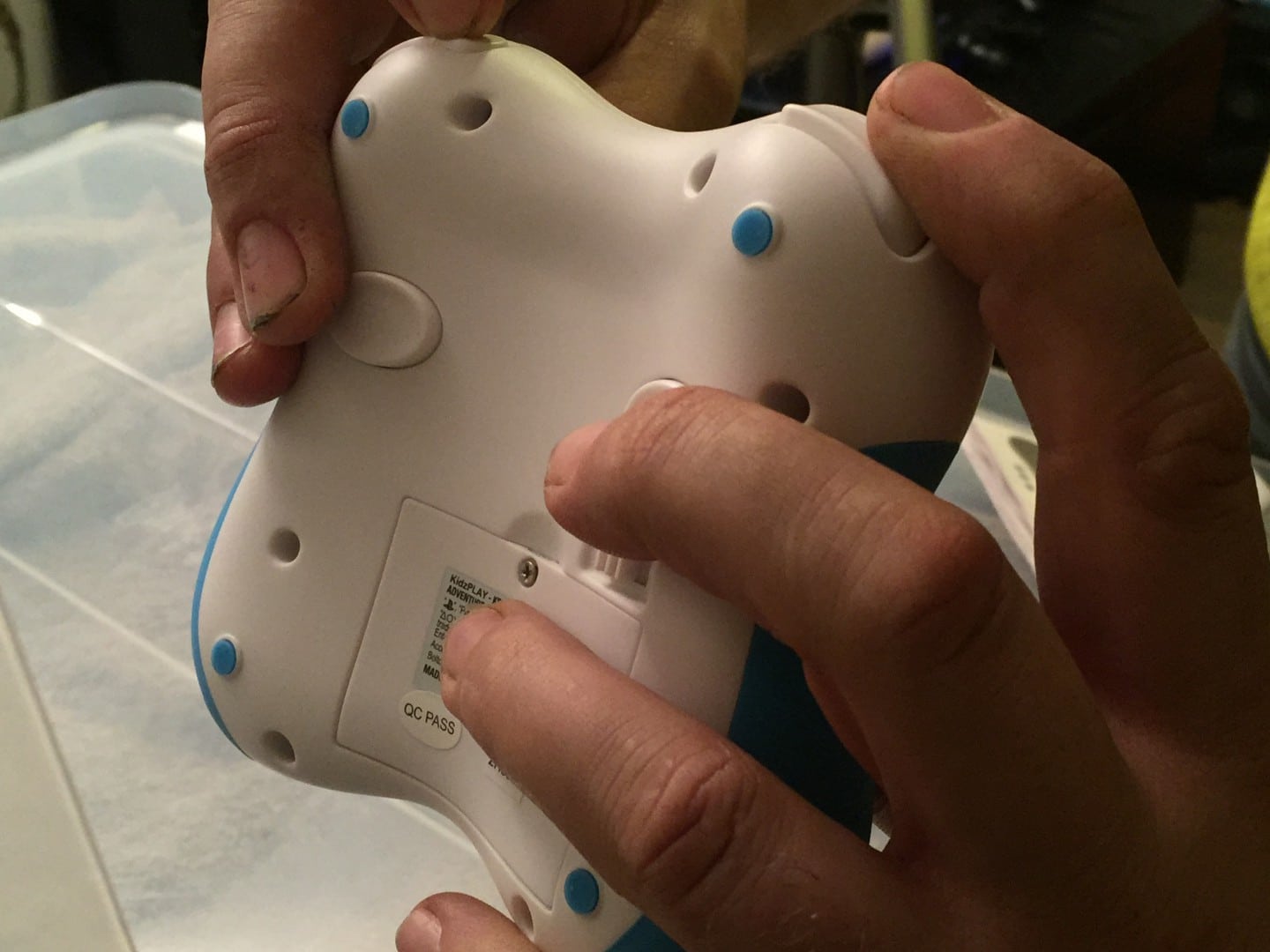 This is a picture of me holding the controller and showing the back of it, as with the front the back also made me go how do i use this?.

It did not take long before my hands went all cramped and the pain just screamed STOP!.

I decided to take a break and see what happened, a day or 2 later there was new tests and after 2+ hours the pain returned and by now it was clear that this controller doesn’t fit my big hands.

This controller is for kidz indeed, that’s the whole point of it and i will get my son to test it for a while and see what he says. 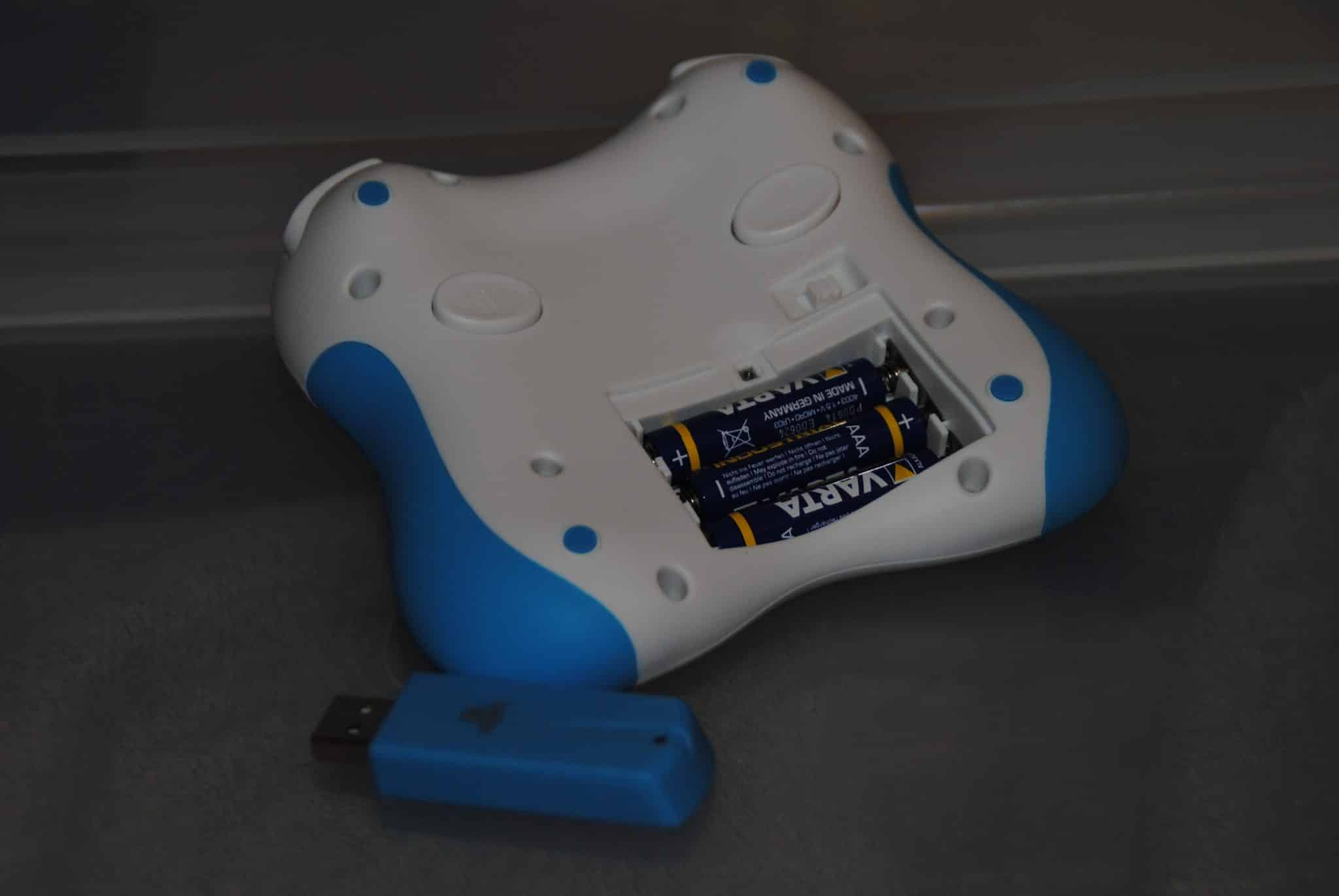 Ugh, the trapdoor underneath reveals a hatch where the batteries sit, no batteries were included. The controller advice you do not use rechargeable batteries, how long a normal set of AAA batteries will last in this controller is so far unknown, but i can at least tell that it has lasted for 2 weeks with some 3-4 hours use.

1 week later now (since the rest of the article), my son has tried the controller now and he kind of likes it. It sits nicely in his palms, he can reach all buttons fine and for some reason, he wanted to twist the controller while using it.

One of his first comments was, why is it white and blue?. Can i use it on the PS4 was his second question, yes it does work on the ps4 but it is kind of useless due to no touchpad and no share button.

My opinion of this piece is that it is not good for most people who have got used to the original controller design and definitely not at all suitable for bigger hands.

My son’s (7) opinion was that he liked it and that he wanted to use it quite a bit the first day, the second day not so much.  He likes new stuff like most kids but eventually goes back to what they used before (toys etc).

I have asked why but he has no real answer why he did not want to use it the second day.