Trophy Whoring, a phenomenon which appeared instantly after the system was “implanted” into the PlayStation 3 system and it is a “digital way” of honoring gamers out there, while Trophies on PlayStation is a “new” thing (2008) it was a system that Insomniac came up within the PS2 era in their Ratchet And Clank games were they called it Achievements, Microsoft decided to include Achievements with the XB360 from day 1 (a very wise idea too), and from that day…achievement whoring and such has been a common thing.

Most people who read this blog or know me knows that i am ranked in the top 200 trophy lists worldwide and i am quite proud of that achievement although not everyone likes it as i keep getting comments like “you play kids games for trophies“, “you stop playing good games when you get platinum!“, “you only play easy trophy games” and so on…
Ok, so i will get down to the deal here, i play games because i like it and since dawn of the gaming age there have been good and bad games and while i have played a shit load of bad games i also have played a shitload of good ones too and on the Vita, PS3 i have been awarded for it no matter what quality or age rating the game represented.

Also, a minor note should be that i have played all types of games since the 80s, my PS1 collection is loaded with children’s games, same on the PS2 and Dreamcast and on the Amiga too…. none of those have trophies and yet i completed them… see?

The last 7 days now have been amazing to me as i have obtained 6! platinum trophies and several of the games have been shelved for years as i got to a point and then just scrapped the idea of playing it more…until later, some kids games indeed but also some not so kids game related and i also have to say that when i get a platinum then i have to have minimum 1 more next to it in the trophy list when i compare lists online…no idea why but it is a fetish of mine…. anyway i have six of them next to each other now… 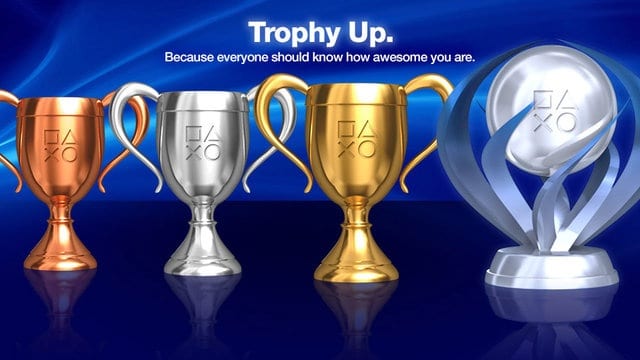 So, am i a trophy whore?, i would say no as i am not the guy who would play a crap game for hours upon hours just because it is an easy platinum, some people can grind for 5 days to get an “easy platinum” as no skill is needed,just time… and if there is one thing i hate…it is grinding! and even more so… grinding a boring game..hell i struggled to grind in Dead Island 1+riptide at first…until i had good friends on my side (online).
I have friends on my PSN list who have 200 plates of platinum, amazing indeed (i have 79 now) but when you check the games he have platinumed…well then it’s not super special anymore, every children’s game out there and also walkthrough games, BUT!, he enjoys playing it and we discuss games all the time and he gives me tips and so do i to him.

I love trophies and i love that Microsoft brought the concept in with their XBL concept, a great feature which may not be of all that big of an value to most people but to all the millions comparing trophies all day long…. well to us it matters.