This is it, finally. My first post on this new blog after over a year!

Actually, it is not a “real” post: for that, you will have to wait a little bit longer. TSMC is still threading upon me, and won’t let me go.

Nonetheless, I just found some time to publish the unboxing of my favourite beat’em’up Mortal Kombat!

So here it is: the package comes inside a regular carton box, containing a huge Scorpion figurine. 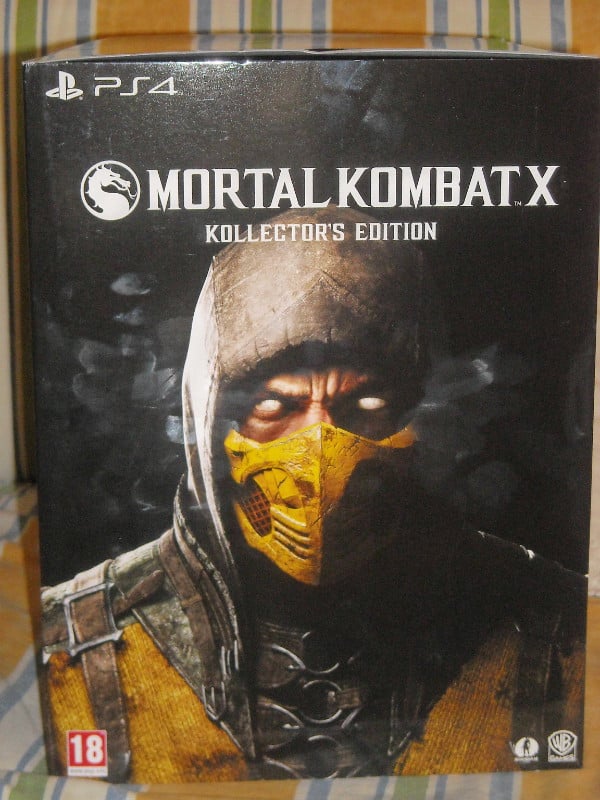 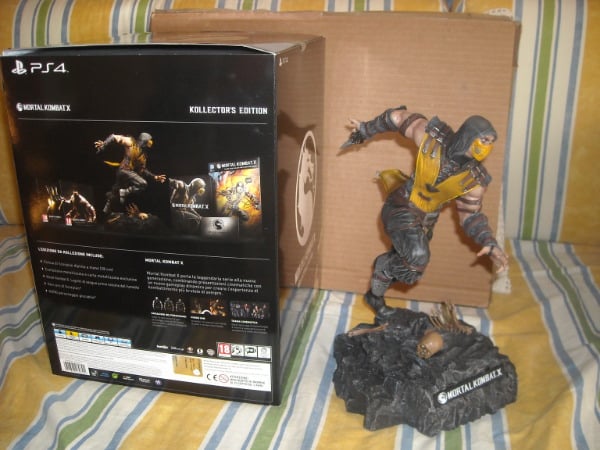 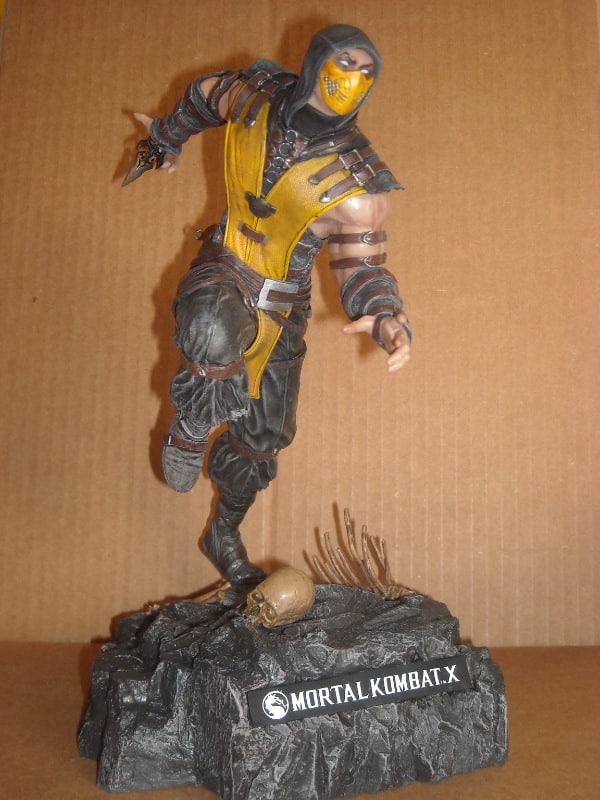 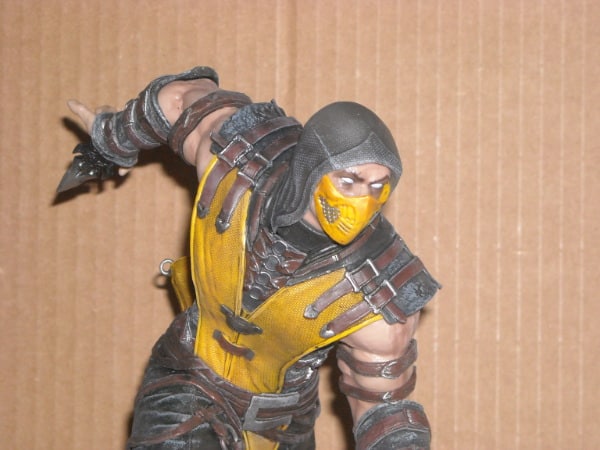 As you can see, this thing is almost 30cm high, actually bigger than any other item I’ve collected so far. It’s even bigger than the statue that came out of Batman: Arkham Origins.

This Collector’s Edition actually contains a metal plate which reports the manufacturing number: mine is 21.301 out of 70.000. 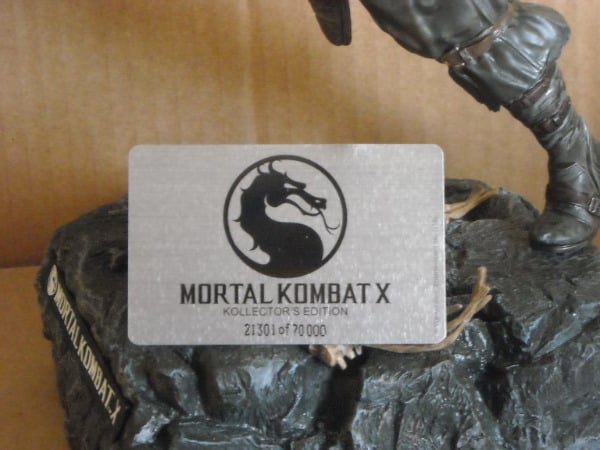 The game has its neat steal case which also holds various DLC codes: a “Scorpion Gold” skin and Prince Goro as a playable character (cool!). It also gives access to some online PvP features (I hope). 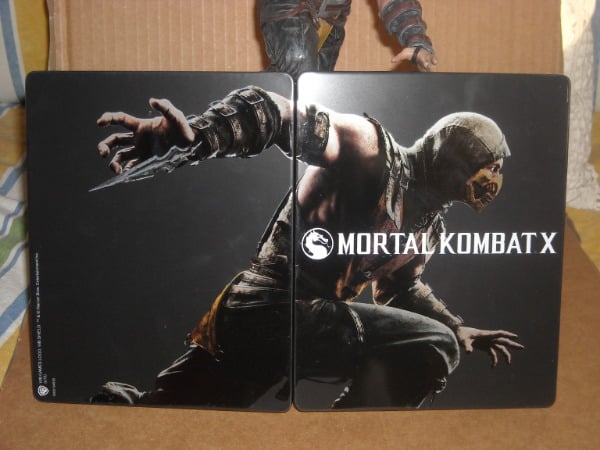 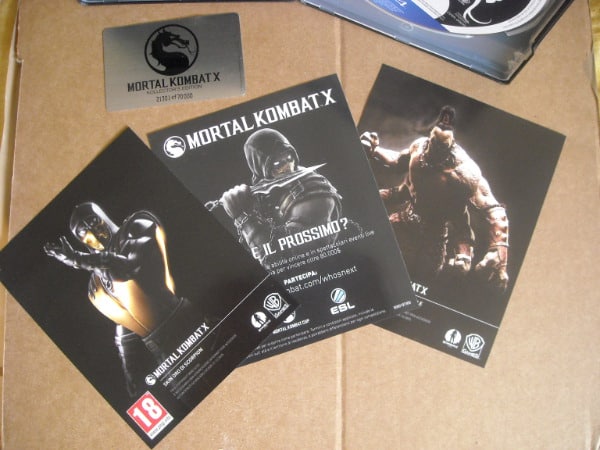 In addition, the box contains the first issue of the new Mortal Kombat comics: it looks well done and consistent with the current DC comics style. 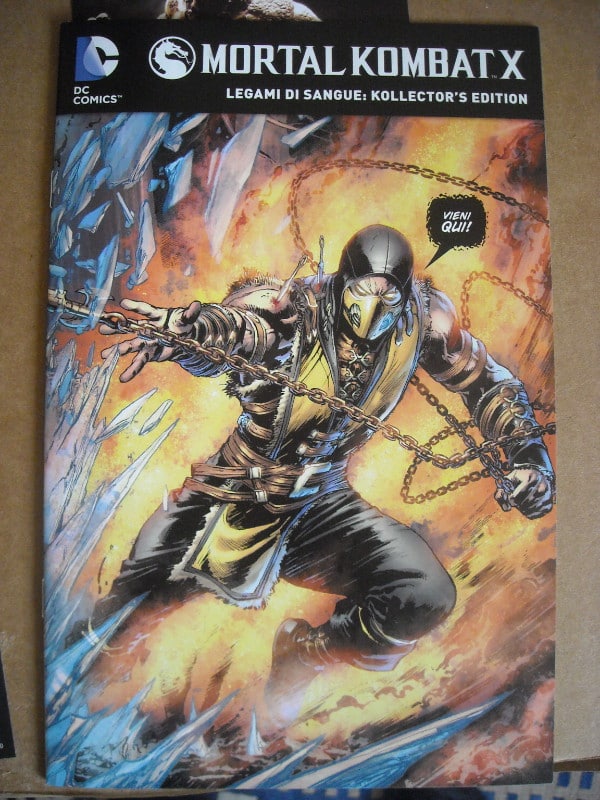 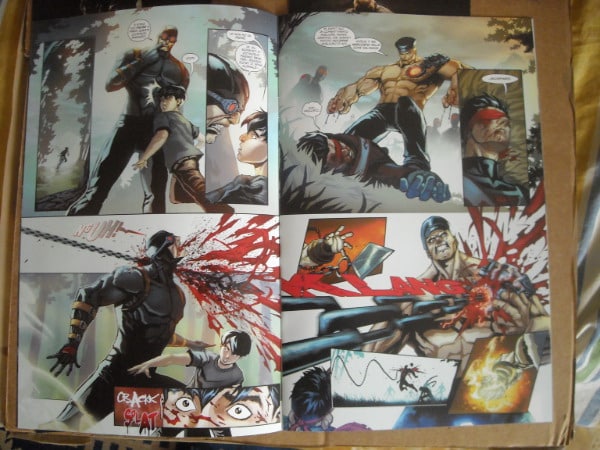 As far as I read on the net, this latest incarnation of the MK saga comes with many news: awesome action (fatalities and so on), new fighters (a new roster expressly made to start a transition toward new combatants), a brand new “Story Mode” and lots of internet fights. 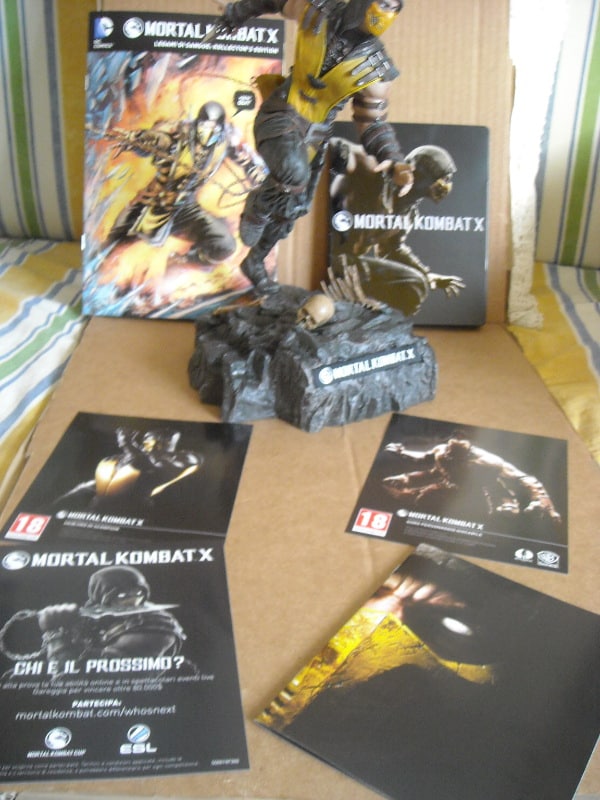 Before you challenge me online, just know that I suck at these game as much as I love them, yet I will happily share a game or two with you all.

Expect a proper and in-depth review as soon as I can. I got to get back to Agent Cox, now…