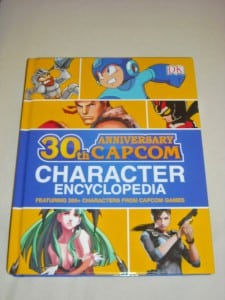 What? Two posts almost on the same day? Well …. yes! That’s what you deserve to be such faithful and passionate readers. Aside from being really grateful for this, it is also a fact that I had this post in mind for a very long, long time. It feels now almost a dream that I finally managed to complete it and, most important, to publish it.

Unlike the books that Tony had reviewed so far, this one is not an overview on videogames history presented from a specific software house point of view, rather a journey among some of the most iconic video game characters that have ever been invented. From arcade machines to the latest console you have in your living room, Capcom masterpieces represent the perfect fusion between art and game design, a unique capability that has made all those characters deeply memorable regardless of the media they were published on (PC, arcade, consoles or mobile devices). 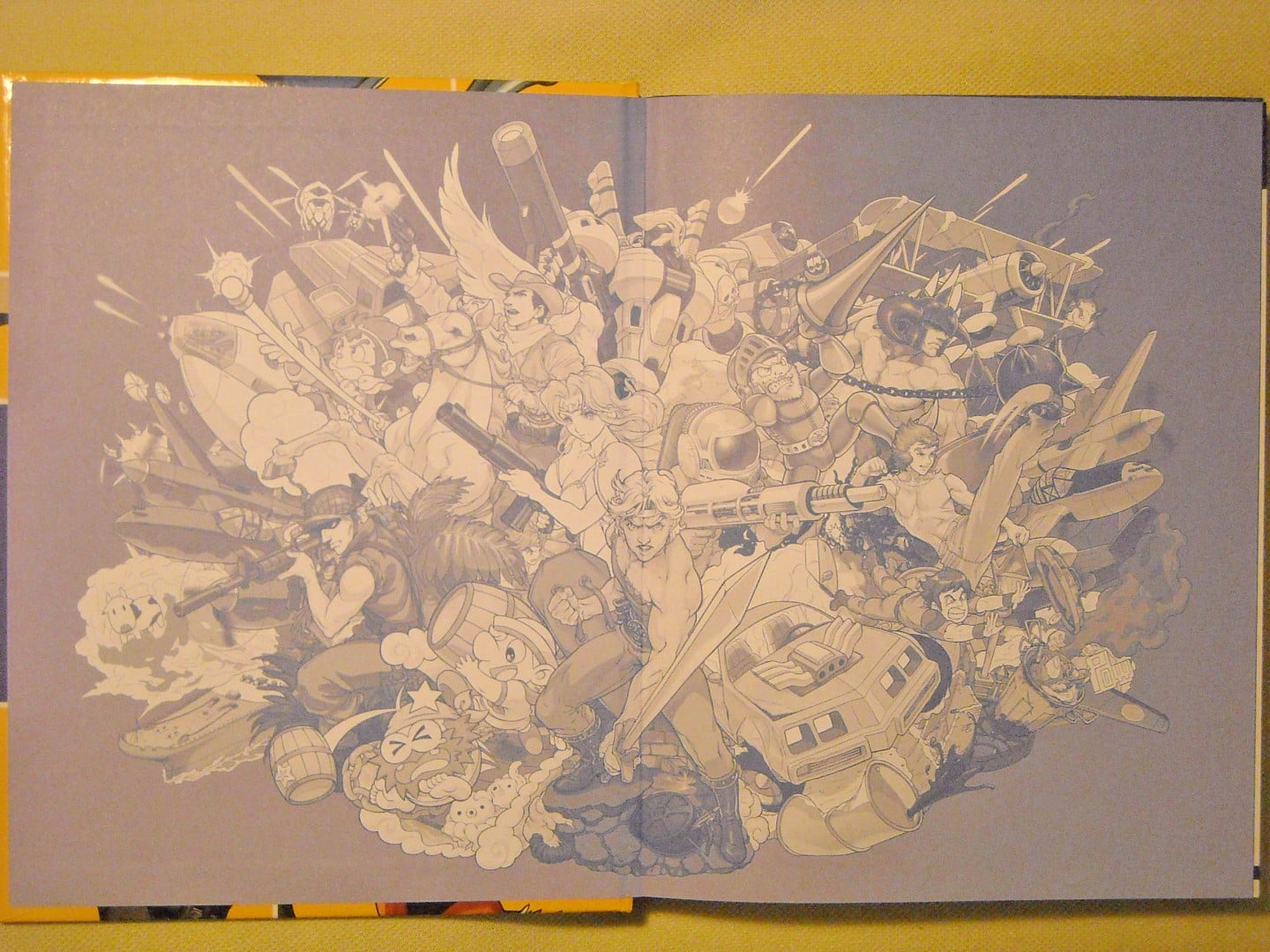 The book actually contains over 200 characters, listed in an alphabetical order designed over the years by some of the best artists in the business: Akira Yasuda, Kinu Nishimura, Bengus and so on ….. I hope the selection below will quench your first for art and games, at least for a few hours.

The first image, needless to say, relates to Ada Wong, one of the most controversial characters of the entire Resident Evil saga. She is here depicted in her RE6 appearance, a fairly good one, IMHO. Next to her is Adon, a deadly fighter coming from another masterpiece: Street Fighter. 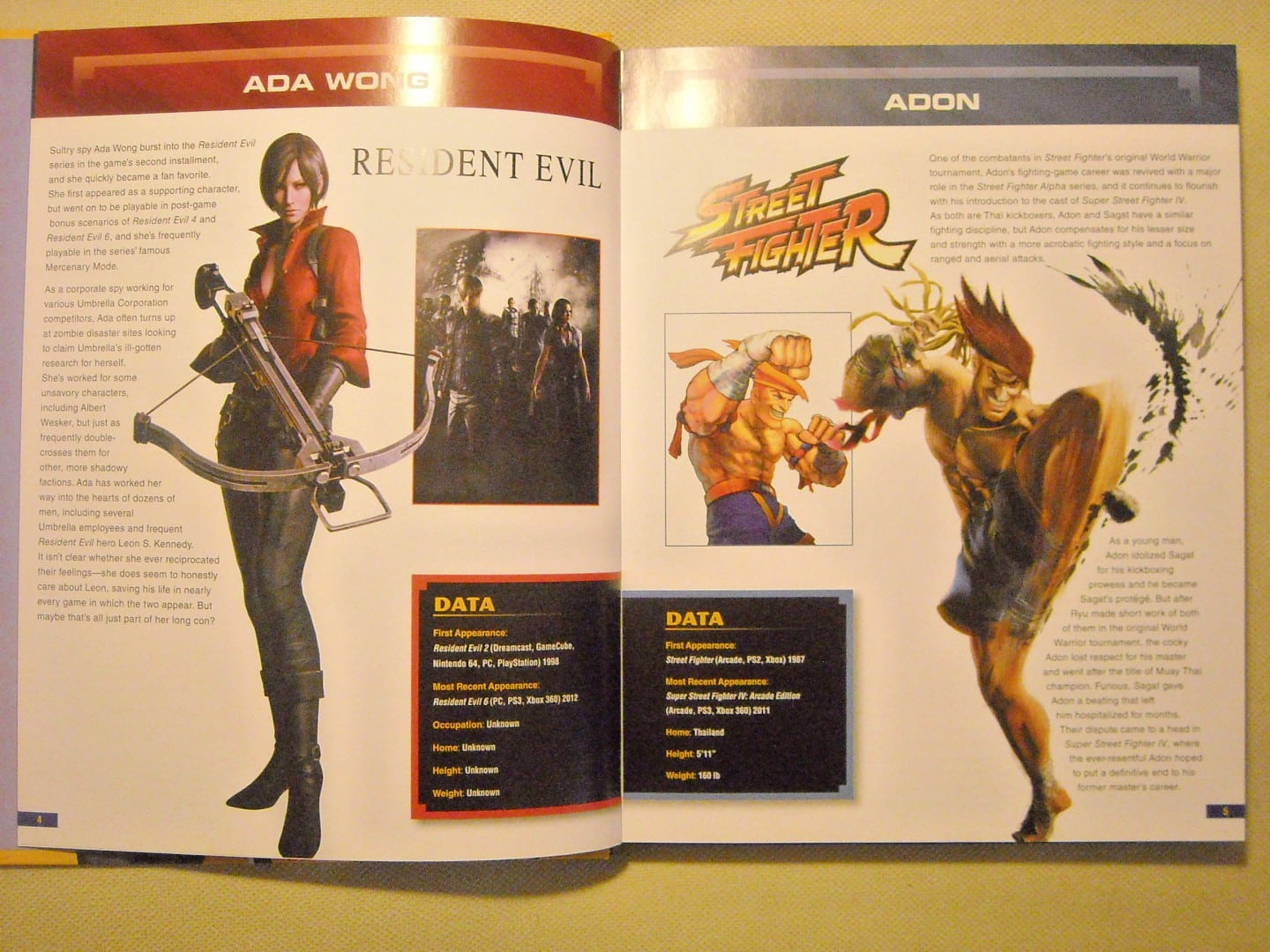 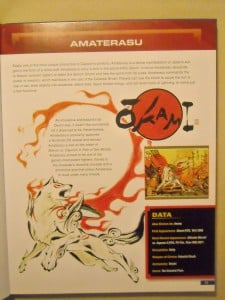 Talking about icons and visual art one must, responsibly, recommend Okami: in this game, the divine Amaterasu descends to Nippon in order to battle the demon Orochi and free the world from its curse. Okami is a masterpiece of art, in which every frame of the game seems to be drawn from a supernatural painter. Although acclaimed by the critic, the game never had the visibility it deserved, mainly due to a very slow and long incipit.

On the same level is Asura’s Wrath, a game inspired by ancient oriental legends in which you impersonate Asura, a pissed-off demigod who suffered the loss of wife and daughter and is now seeking righteous revenge. It only appeared in a PS3 game which bears the same name and, like Okami, it had a short life. For some reasons it always stimulates my hunger for Japan and the relevant DVD is still sitting on my back burner. I was supposed to play this game during this holidays, but a certain Until Dawn reached me first… 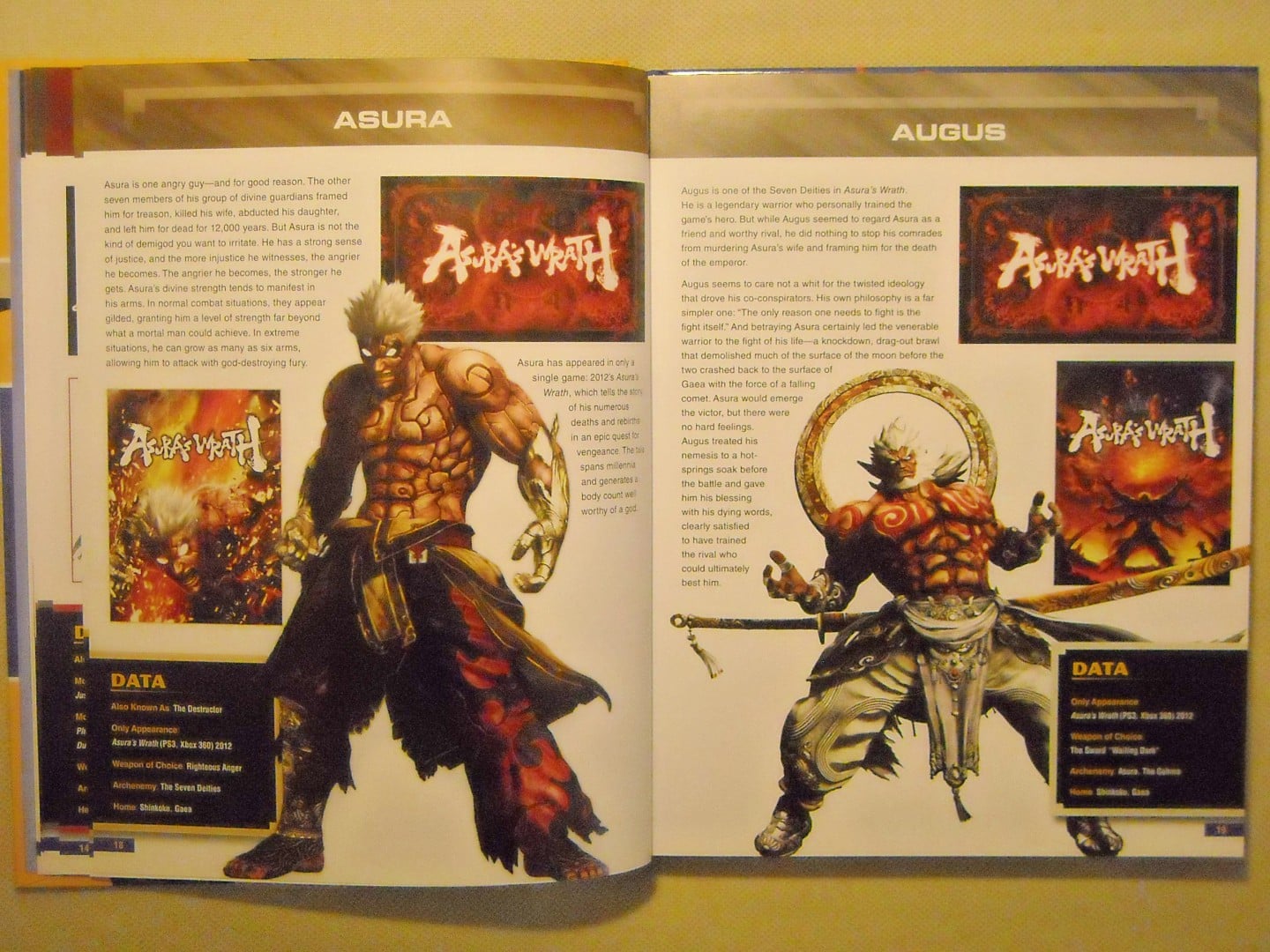 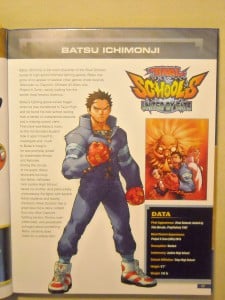 The next character is Batsu from Rival School. In case you don’t know this game, you are dealing with a wonderful beat’em up entirely set up inside a series of Japanese high school. Students are involved in different sports and with different gangs, and the roster of playable characters with all their relevant moves is very well assorted and it will keep you glued to the controller for a very long time.

As a matter of fact, I liked this game so much at the time of PlayStation 1 that I deeply studied its character design to the point I started to draw a manga inspired by it. It was supposed to be a short story in which a few, very talented fighters needed to face much deadlier enemies, taken from another Capcom saga: DarkStalker. Sadly, this is yet another unfinished work, but the very first pages are yours to take. Just please have mercy!

A proof that Capcom was exploring different roads when the all game industry started the obnoxious fashion of recycling is Haunting Ground. It is yet another survival horror but this time Fiona, the main character, was just an ordinary girl trying to escape an out-of-the-ordinary situation completely unarmed. In her incredible endeavour, only a German Shepherd name Hewie was by her side while trying to solve puzzles and escaping threats. 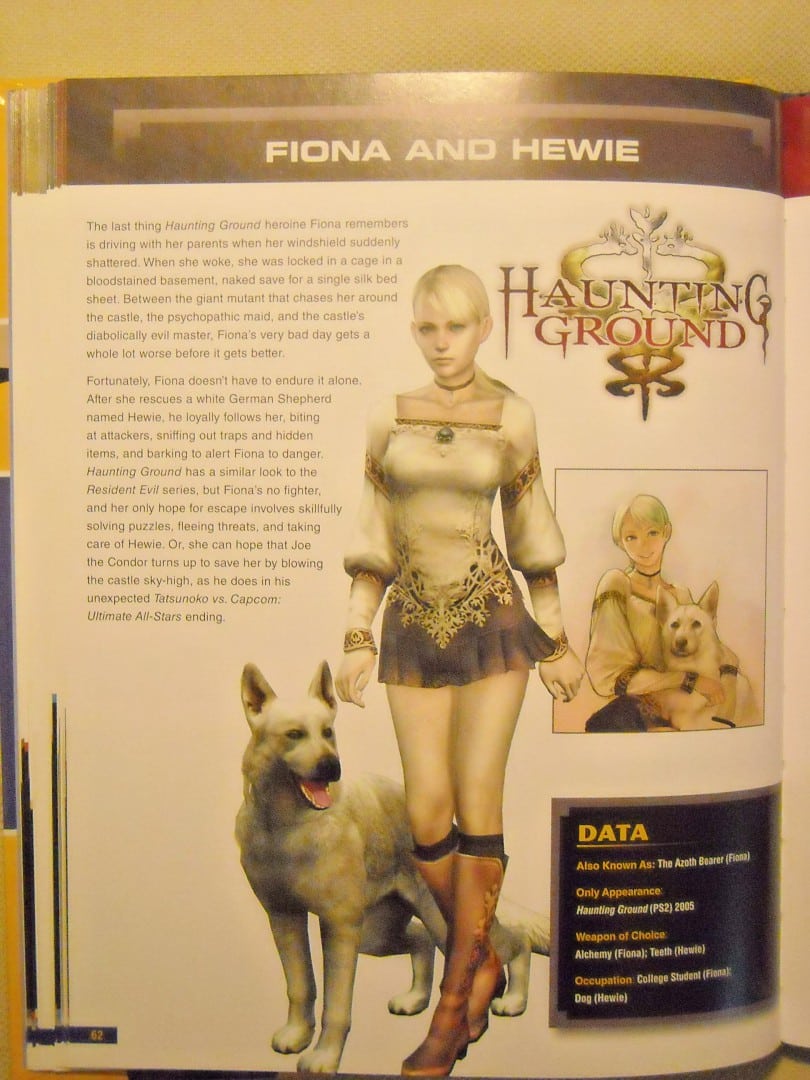 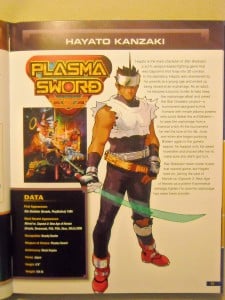 Another very charismatic character was Hayato Kanzaki, straightly taken from Plasma Sword, a sci-fi beat’s up set up on a distant galaxy. The product was the first Capcom’s attempt to enter the world of 3D combat games. Unlike another saga, like Street Fighter, Plasma Sword is based on weapons instead of bare hands and sees this bounty hunter crossing the galaxy in order to defeat the evil Bilstein. Plasma Sword is one of the games I sometimes still play because it reminds me of an era in which, for a very brief moment, the words console war meant nothing else that better games for users. The natural competition among software and hardware houses was there for us, and not for them. This competition sometimes evolved, for example, in nicely drawn game backgrounds, instead of useless mutual insults on social media. In the following pictures, you can see what I mean: a disguised PlayStation logo makes its appearance in the beautiful backgrounds of the Dreamcast version of the game. 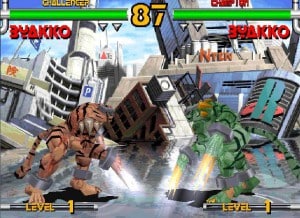 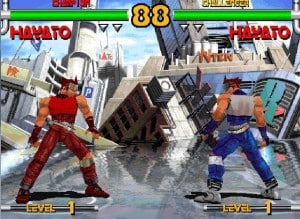 After Ada Wong, can we not mention other Resident Evil heroines? Here are the awesome Jill Valentine and the last entry, Jessica Sherawat. 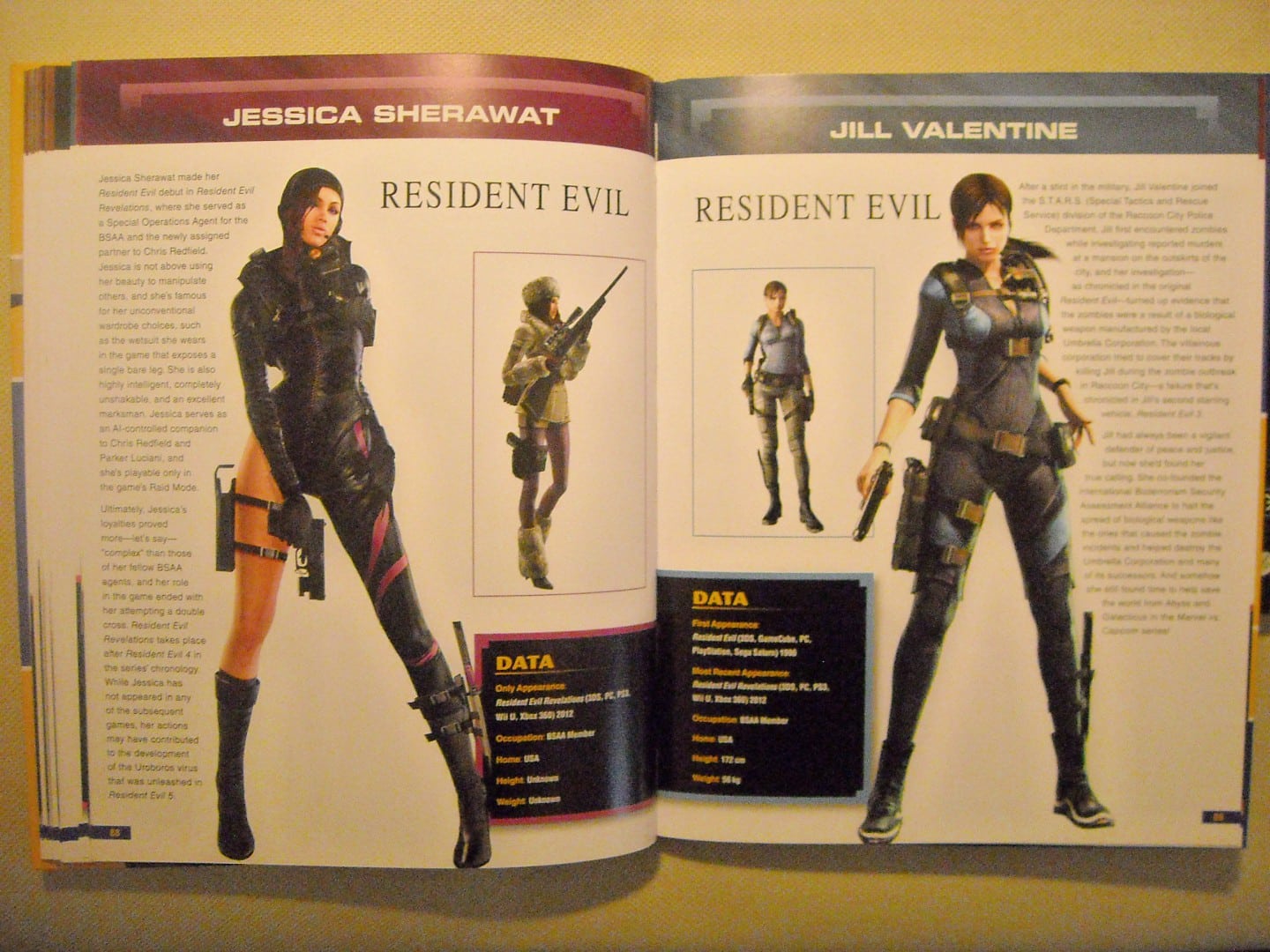 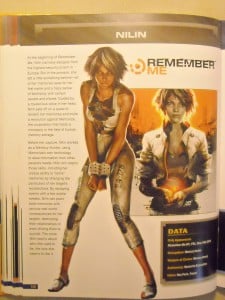 After survival horror how can I not present something about my favourite genre, cyberpunk? So please let me introduce you the sophisticated memory hunter Nilin, straightly taken from Remember Me, the IP created by French studio Dontnod Entertainment.

Even this one is a game I started but that I currently have in my backlog. Since Deus Ex: Mankind Divided has been postponed to August 23rd, I have the feeling I’ll go back to Remember Me real soon, unless Final Fantasy XIV takes me first, that is …..

Our journey among iconic characters is almost at its end, although the books contain dozens and dozens of other icons. But before closing the article up how can I not mention Sir Arthur from Ghost’s n Goblins? Actually, this is another example of Capcom’s unique vision: even in your most desperate hour, when horrific creatures are just about to crush your skull, there is room for a little smile: only Capcom could think of an armoured knight wearing colourful underwear…  🙂 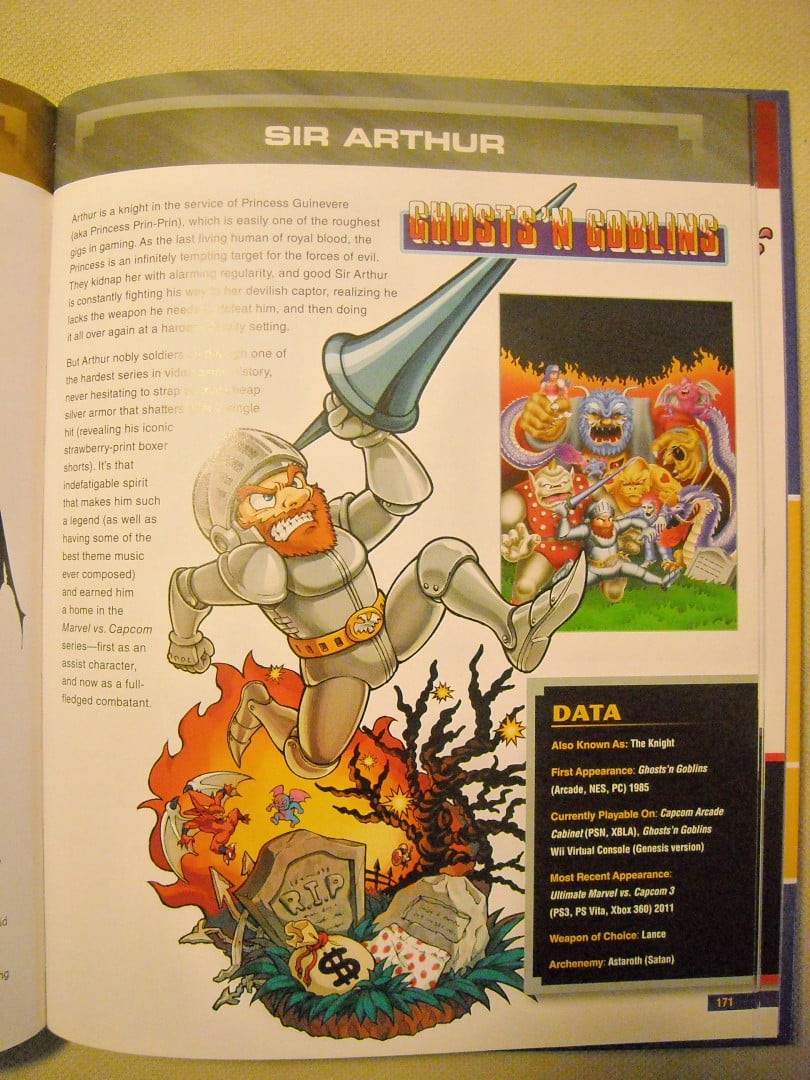 The following Amiga version screenshot (taken from Hall of Light) and the drawing right above it depict what I mean.

A very popular character that has been wildly used in almost all media (video games, animes, mangas, movies and so on) is SonSon. The reason why this super-powered Monkey King is so popular is that it is strictly interconnected with the oriental culture: it actually comes straight out from a Chinese novel called Journey to the West which dates back to the 16nth Century. 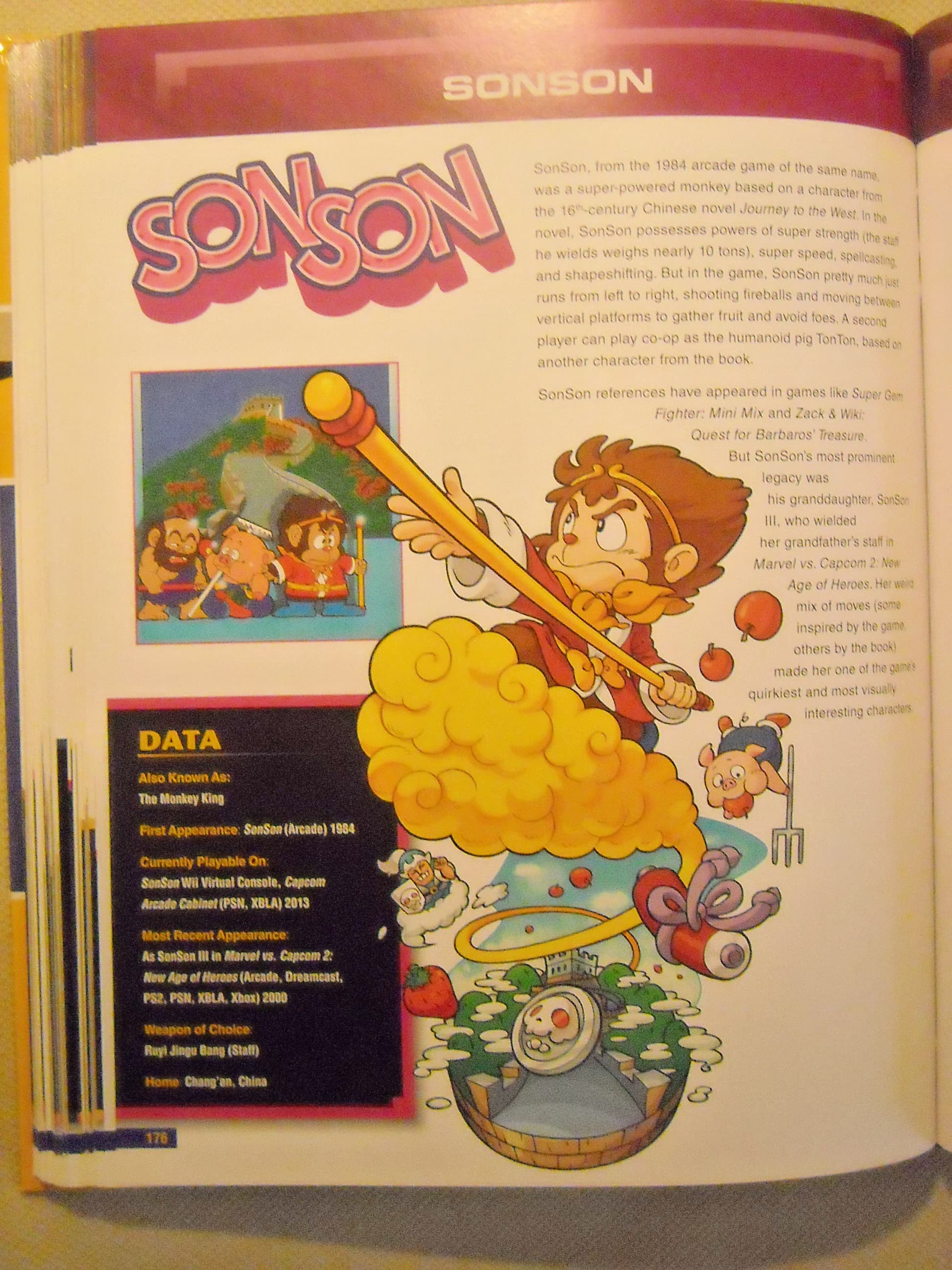 I remember watching the anime when I was a little kid. I actually didn’t like the character design that much back in those days, but now I know that it was only because I had not enough knowledge of the manga/anime phenomenon at that age and I didn’t know better.

Finally, even though she only appeared on a single Nintendo GameCube game back in 2003, let me introduce you Vanessa Z. Schneider, also known as Product Number 03. I remember watching the trailers of the game and thinking about Ghost in the Shell and other cyberpunk themed games and I always wanted to play this one. I actually it was a long time ago that I last fired up my GameCube, but if I’ll someway put my hands on a copy of this game… 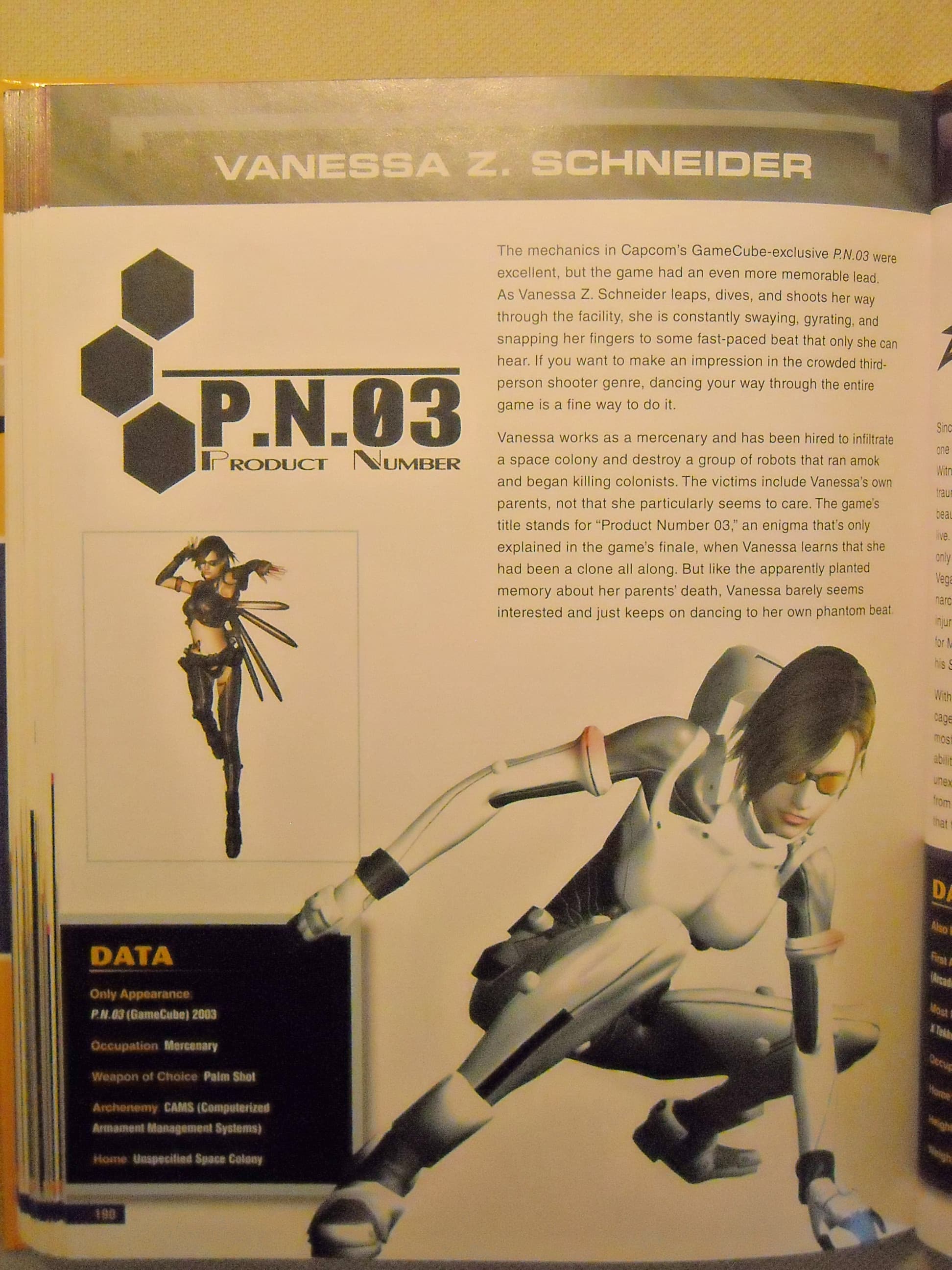 We have reached the end of this journey. I really hope you enjoyed it and, as the last word, I’m only left with wishing you the best possible 2016. Please keep reading us and thank you for being on our side.

Edit: picture of Hayato Kanzaki and link to Hall of Light added.