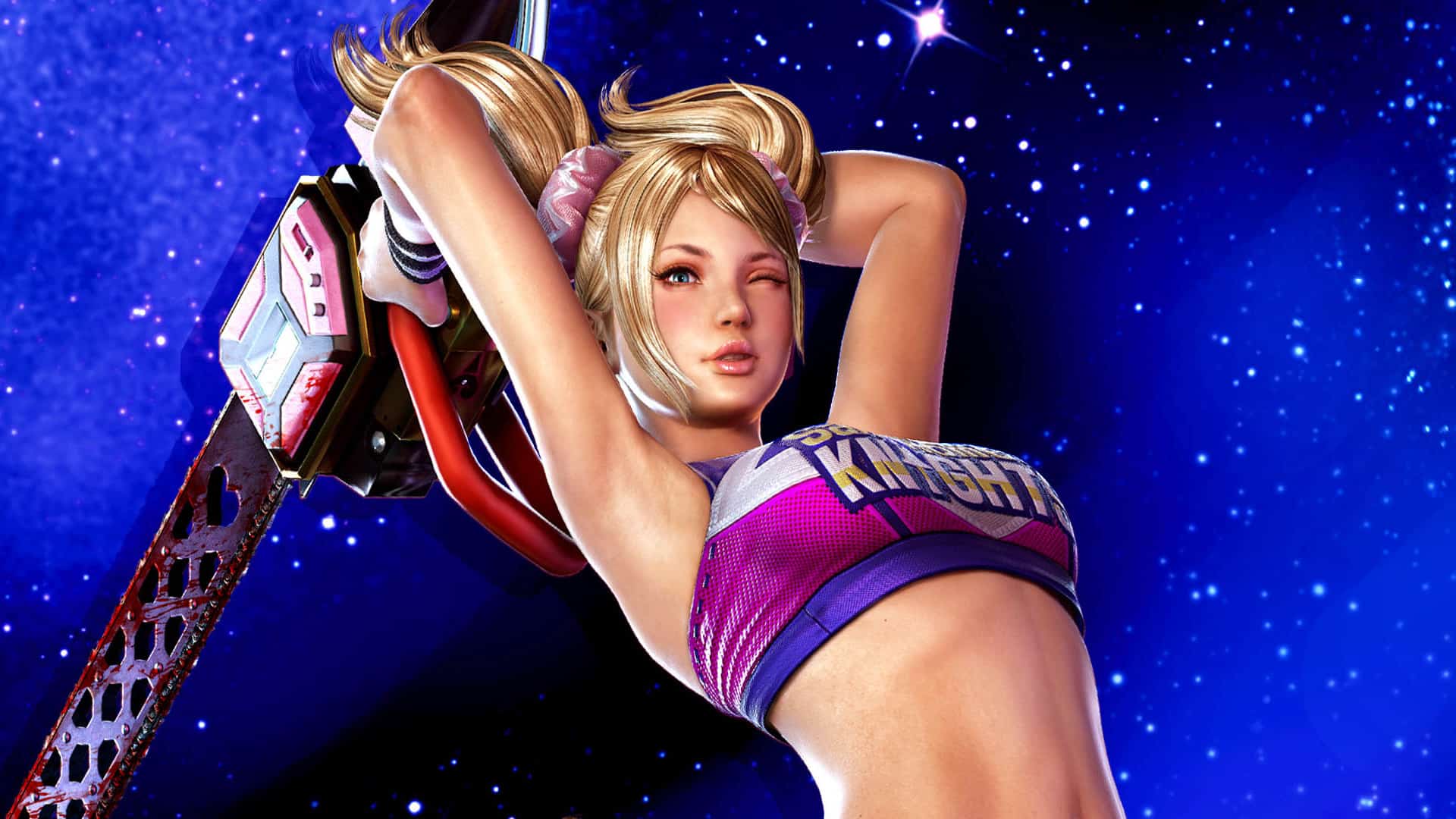 What happened to eastern games this gen? , they simply didn’t understand which kind of games we wanted and basically screwed up more games and concepts than anyone else this generation.

What we loved about games produced in the east was unique games, over the top games, corny ones and totally whacked out ones that only the Jap’s know how to create.

Lollipop Chainsaw is a wacky and totally over the top type of game, a lot of reviews indicated that Suda51 who is a legendary developer totally failed again (their last failure was the 2011 title Shadow Of The Damned) but over the next few months it seems a lot of people have given credit where credit was due and all in the all it did much better than expected by stupid review sites and magazines who probably wanted it to be a call of duty clone or simply doesn’t know what the game is supposed to do and therefore rated it average scores if not lower.

PlayStation 2 had an insane amount of wacky games but the PlayStation 1 One had even more and that’s the games i want more of and I think Lollipop Chainsaw is one game closer to fulfilling my needs. 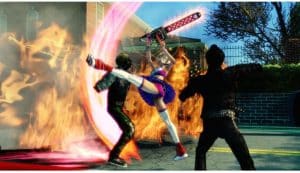 Lollipop Chainsaw is far from perfect but it’s not supposed to be either and think of it more as a return to the old style and that means loads of stereotyped personalities and story and hilariously stupid dialogues and whatnot but at the same time being very “interesting” if i may say so.

Graphics, sound, gameplay and so on is far from optimal but the style and breeze it offers if so classy and over the top silly that it’s a perfect match.

It’s a run of the mill beat em up brawler, so it offers nothing new really. 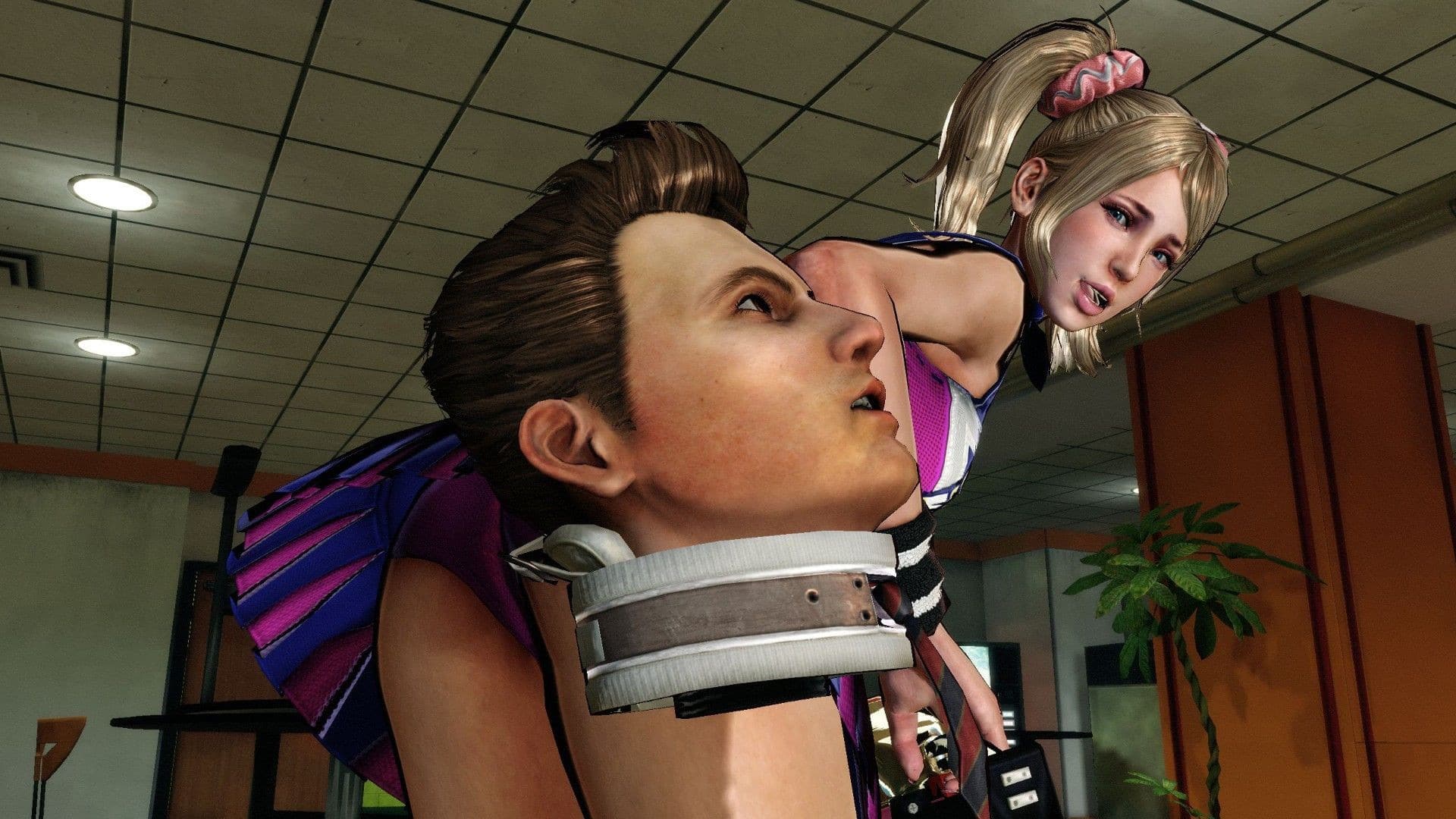 Only a Japanese guy dares to put a head on a sexy girls ass and at the same time blood, fish and a sensei who looks underneath her skirt (trophy! btw :D). 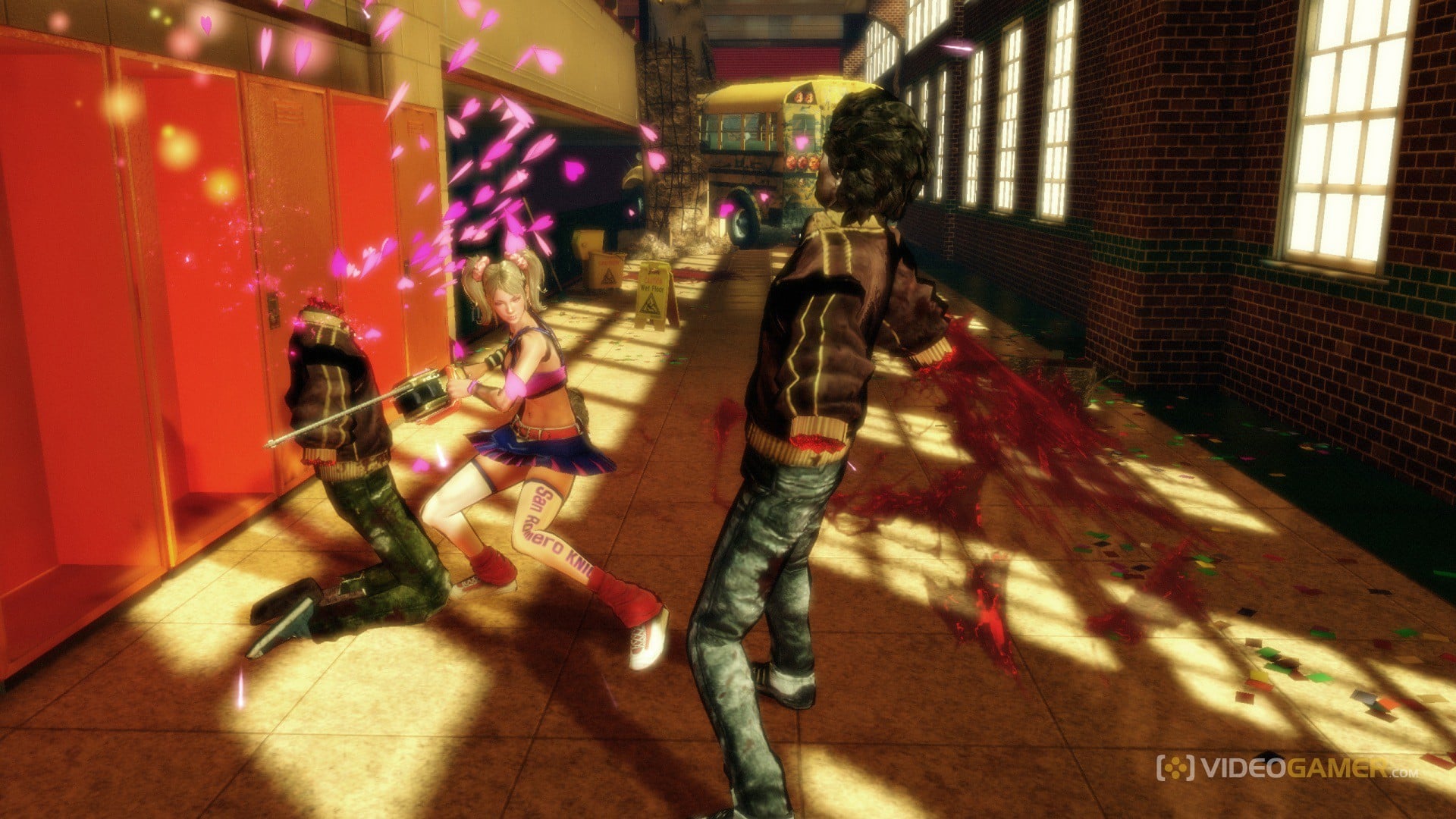 The story might not make much sense at all but heh it’s not like that we care or anything really as it’s funny and its supposed to be totally wacky, here you’re fighting Schoolzomboids who rammed the school with a school bus. 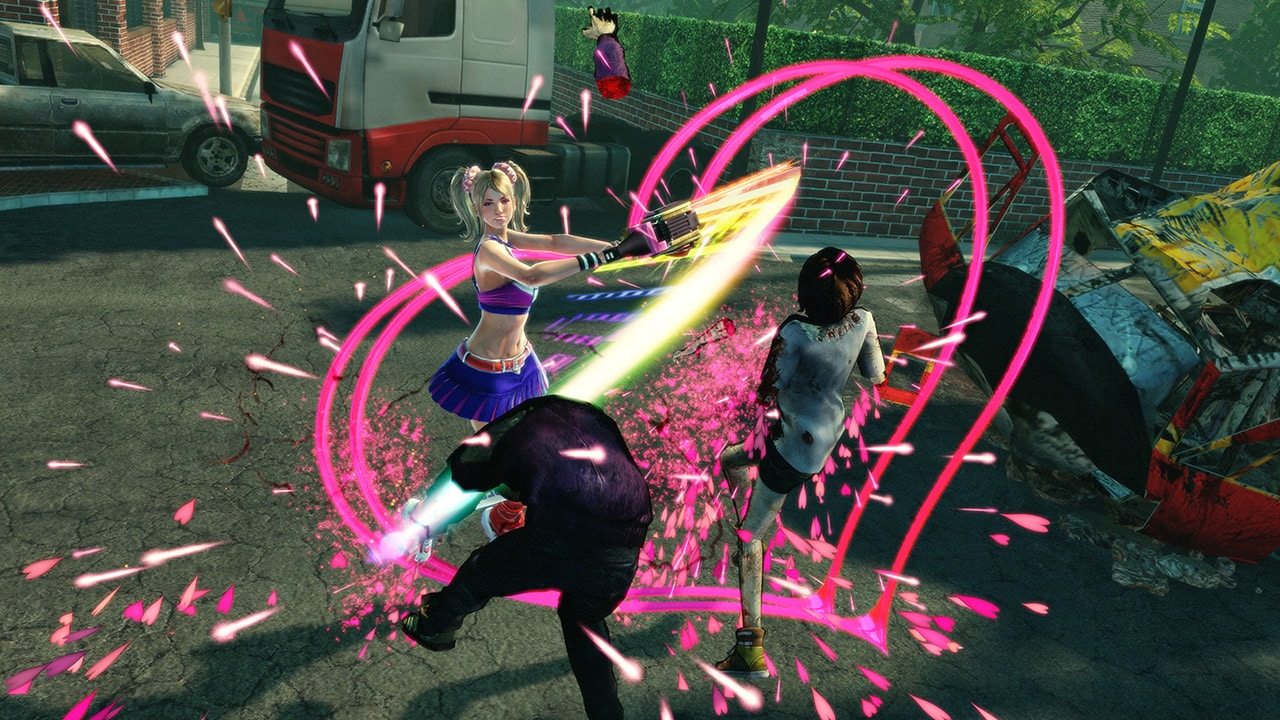 You buy a lot of upgrades and moves and this one of the, very effective but you also got others where you ram people with your ass so they get stunned… 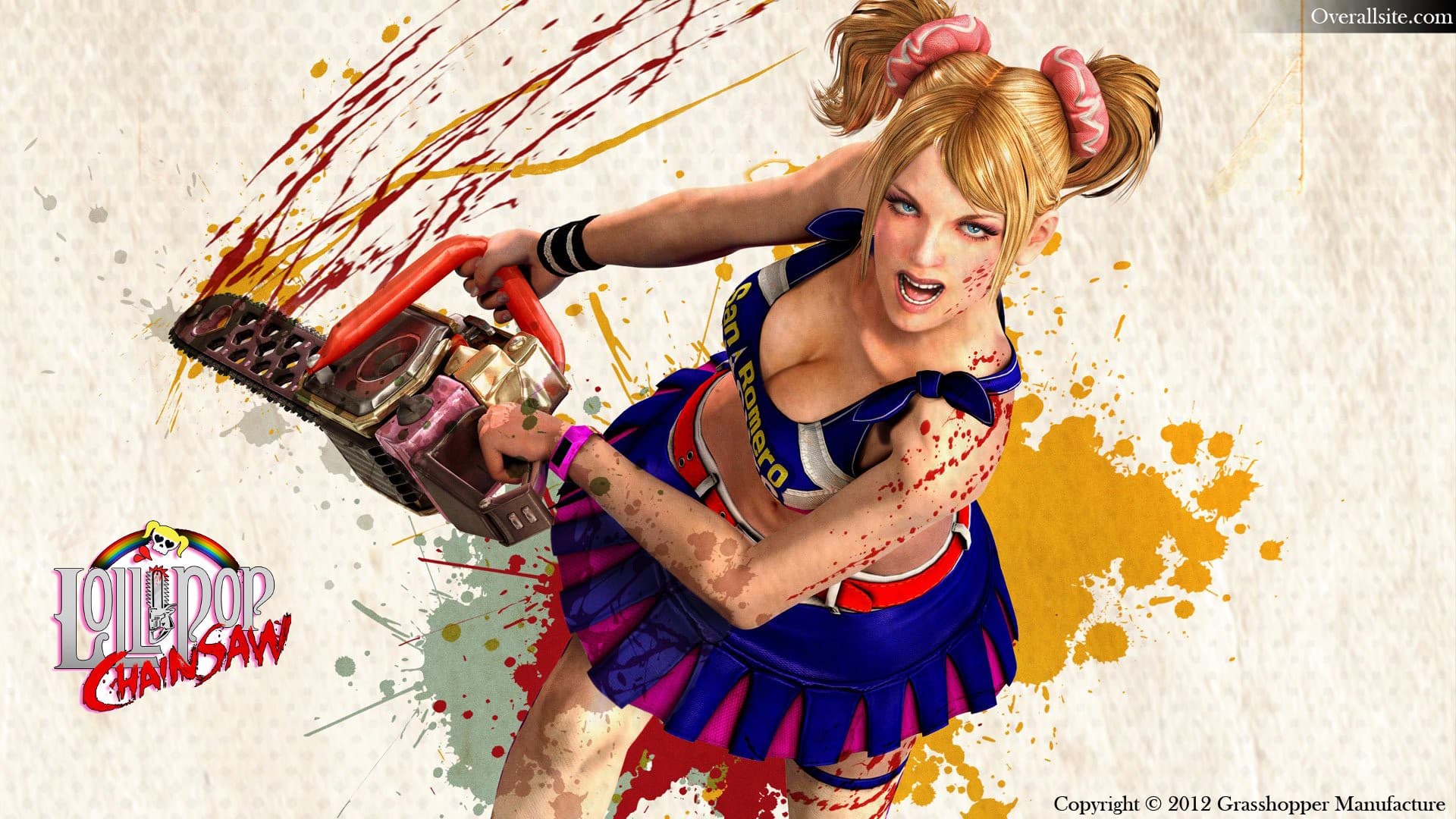 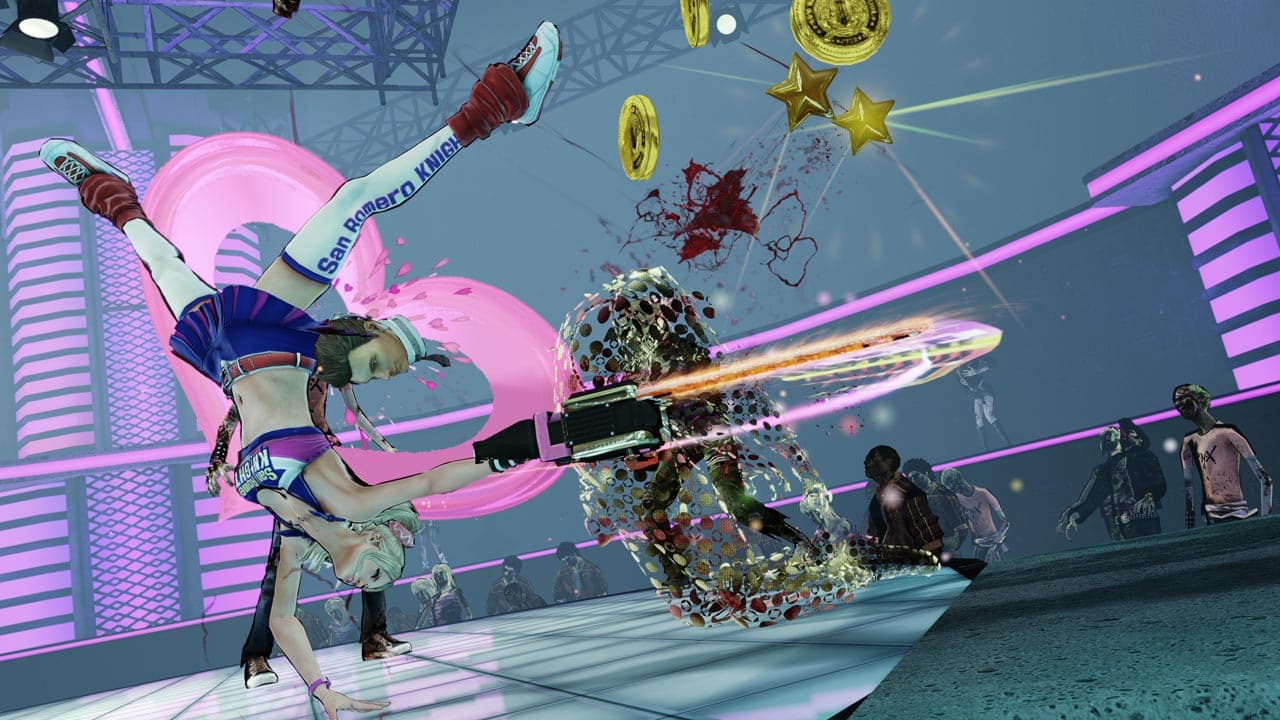 You can do various super combos where you can activate your boyfriend Nick (yup, that’s the guy on her ass) although they’re rather useless so i mostly used the non-nick moves to kick some zombie butt!. 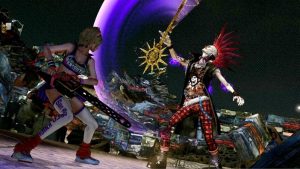 The game is literally littered with Quick Time Events and while most games can be tedious and boring because of QTE’s this is not one of them but if you replay em a lot then sure they will be very boring.

I have seen reviews :

1.pointing at the gfx being lousy and far from up to date by today’s standards or even PS2 standards so they didn’t understand the point of the game…

2.complaining about how hard the game can be, play it on Easy then. that’s what i did and i will play it on Hard soon enough.

3.complaing about how the game got repetitive due to few moves and so on, uh… it’s almost like they forgot to buy stuff and upgrades by the sound of things.

I regret waiting so many months before getting the game as i totally fell in love with it (damn you Eurogamer and Edge) when i fired it up the first time, it reminded me a lot of ” GOD HAND ” and that made it even easier for me to continue playing.

Honestly, the game is far from brilliant and its far from one of the best games this generation or whatever but it’s a game i really enjoyed to play and so much that it ended up on the top 10 list of last years games (my heh GOTY kind of list). 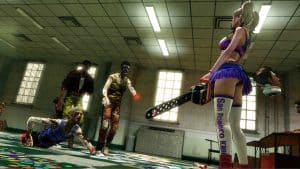 WARNING!, do not buy this game if you expect to see or hear anything new, it’s a game that is fucked up, wacky, sexual, bloody etc as the game is supposed to be like that!. 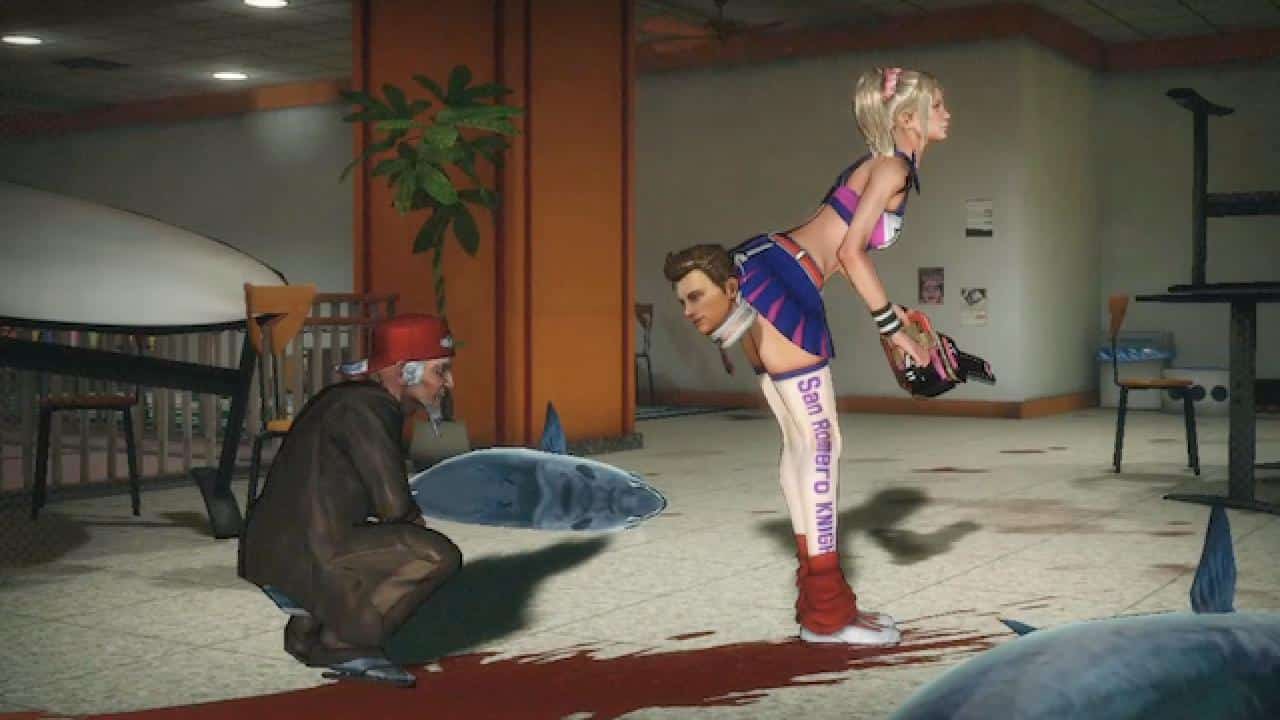