Ok, so it happened again, another box from Loot Crate came yesterday, this is third crate (December, November) in the subscription service.  I still have no idea who is sending the stuff, i can’t complain really.

This months Loot Crate looks like it is the best yet, i had a small look inside before starting this article, but i did not check the items. 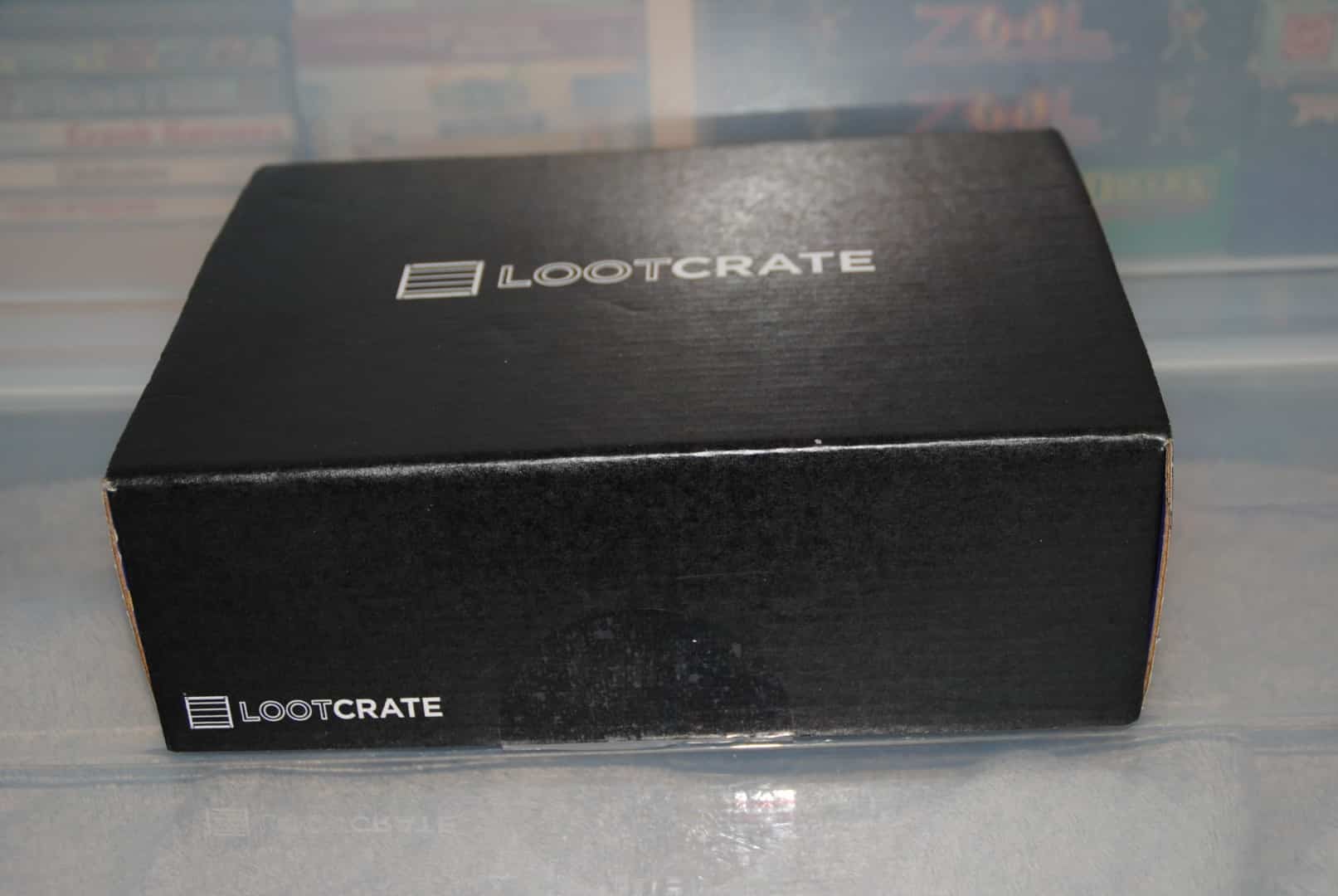 What lies inside this beautiful cardboard box?, this time it is back to the medium size box and i have a feeling it might not be as good as the December box.

I had a few wishes in my last unboxing article and that was more T-Shirts and socks and fewer stickers, did the guys at Loot Crate read my article? , i have a feeling they might have read my article because… 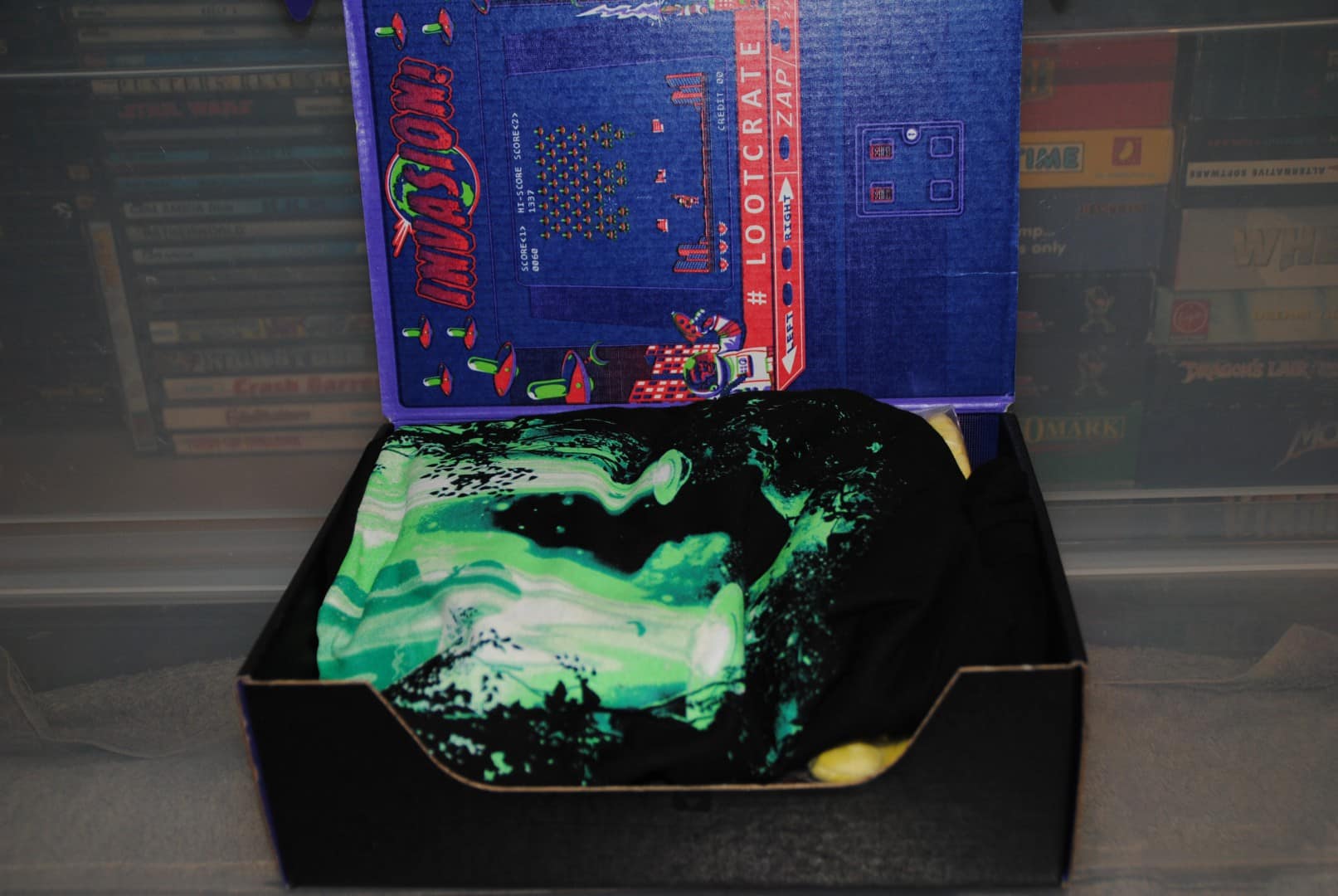 This time around it is a black one with some green colour motive on it, time to have a closer look.

X-files!, woohoo. My favourite series in the mid-90s and the only one close to it was of course Seinfeld. Beautiful t-shirt it is proper cotton too and definitely one that i will wear a lot.

What else is hidden in the box then?

Some yellow thing,, what on earth is that then?

i have no idea where and what this franchise is about, soft plush toy thingy. I won’t use this hehe, i will probably have it as a prize in a compo here on the blog one day.

Cute and all, but nothing extraordinary.

Next item is a Space Invaders item, pretty cool one actually. It is made of plastic although clear and cool colours. Will, i use it?`, don’t know really but i guess it would look cool next to my space invaders games on the shelf.

What? , an X-Files flashlight?. Cool. This is an item i will use for sure, it is an exclusive Loot Crate item too (most items so far have been actually) and i have to say that i found it pretty cool that there were even batteries included. Lots of toys etc today never comes with batteries included. 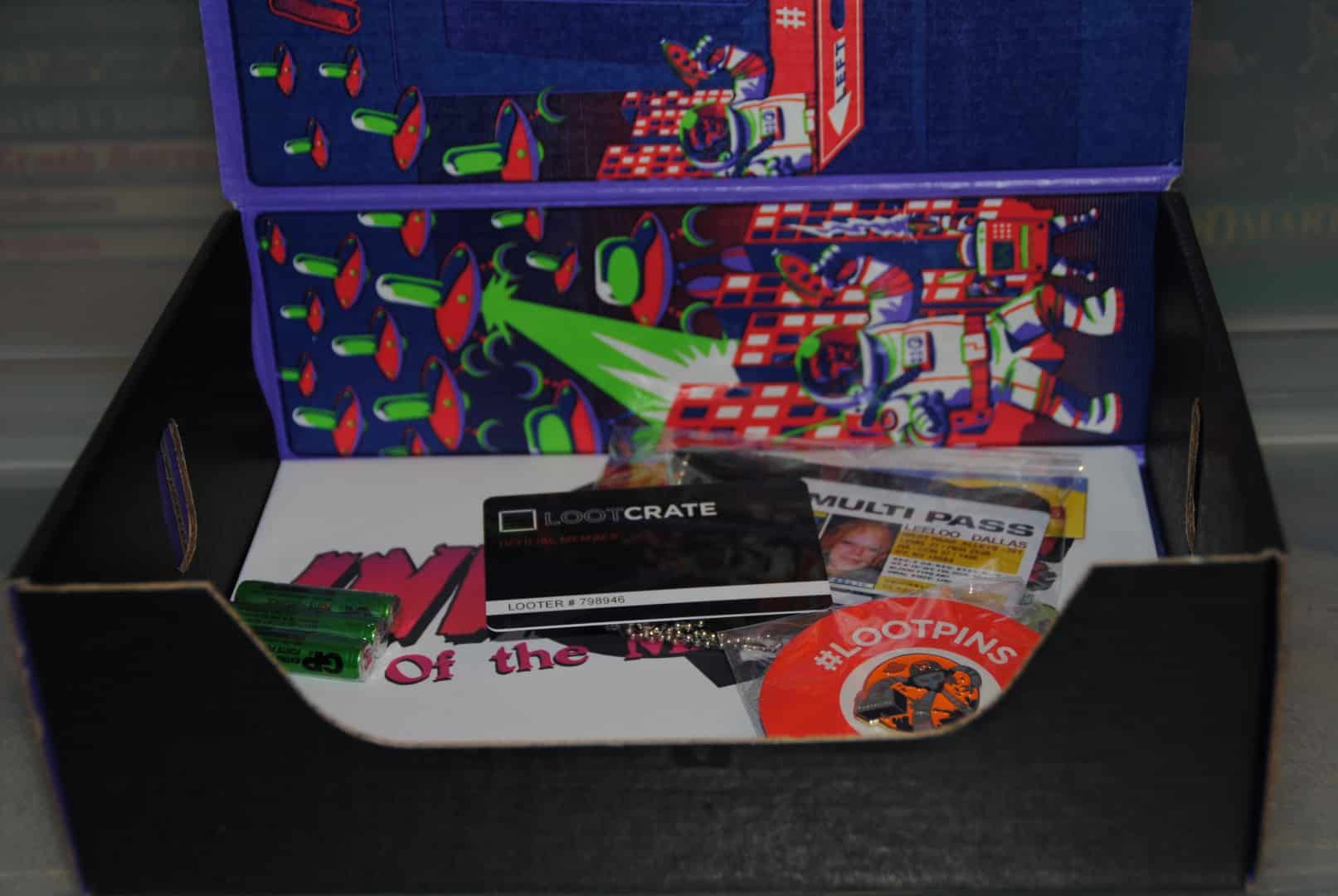 A membership card for LootCrate? , will have to read up on this one a bit later, it might hold some good discounts etc on their website?

At work we have ID cards, badges we have to carry all day long and most of all it must be visible to everyone, in the crate there is a The Fifth Element ID card holder thing, yes i will try and replace that card with the one from work. The ultimate card holder at work if so.

Yey!, another pin, this time around it is a much better-looking pin than earlier. Invasion symbol being embossed and a really nice colour composition.  Best pin so far!.  Reminds me a lot of those game related ones from the early 90s (i have spoken about them before but here goes, Ghostbusters, Bill’s Tomato game and Harlequin).

huh? a rubber band? , no idea what the point of the inclusion in this crate is but the first thing i did was to shoot it a friend. I guess i shall have to read the booklet later, it might be specified there what it is for.

ok?, Invasion of the mini prints?. nice logo (same as a theme in the rest of the crate) and everything, looks like there might be some postcards or something inside…

The question is, are they any good? 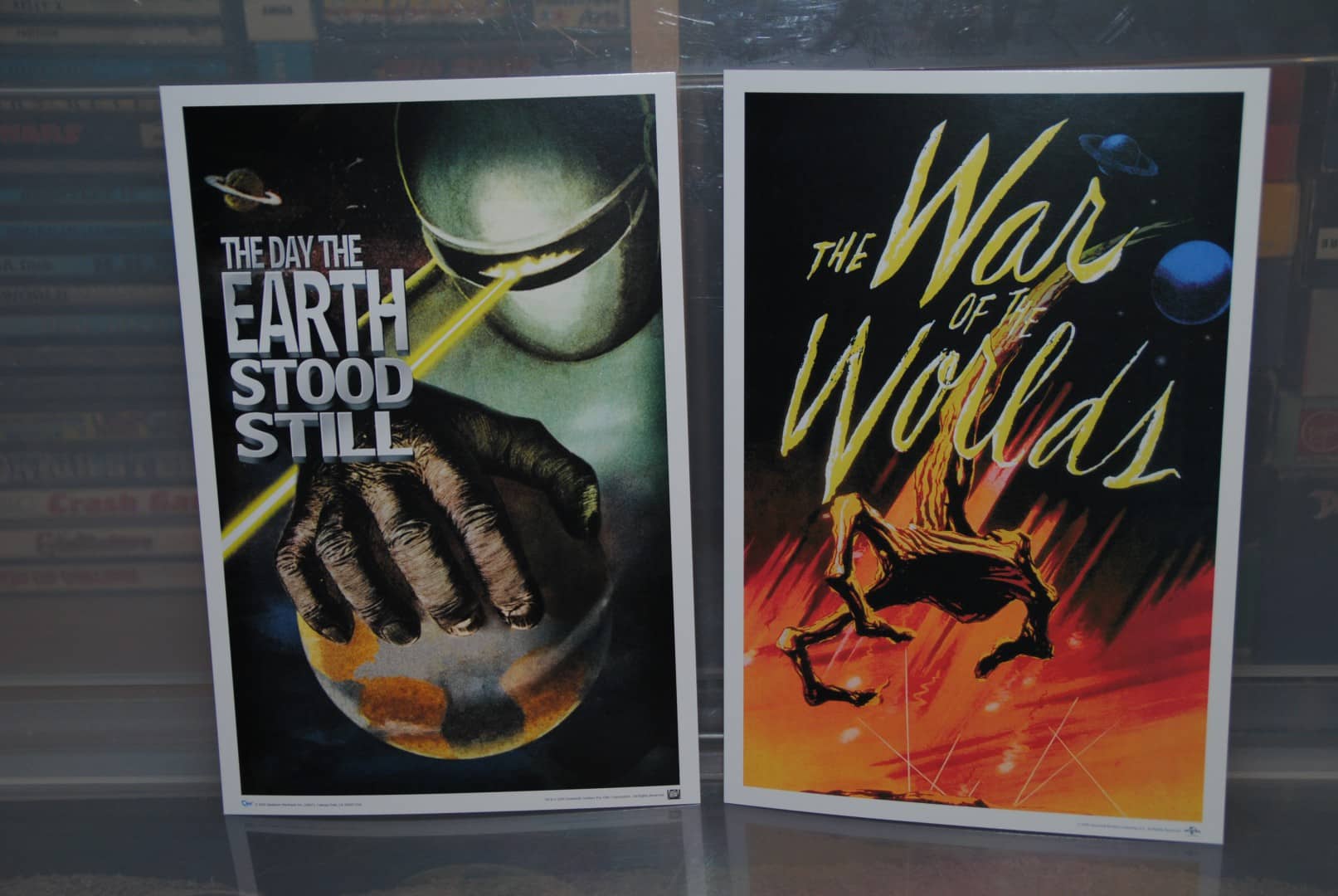 Two of my favourite “old school” movies inside the very same crate that X-Files stuff came in too? ok this is just awesome.

These 2 cards will for sure be put up somewhere in my game room. 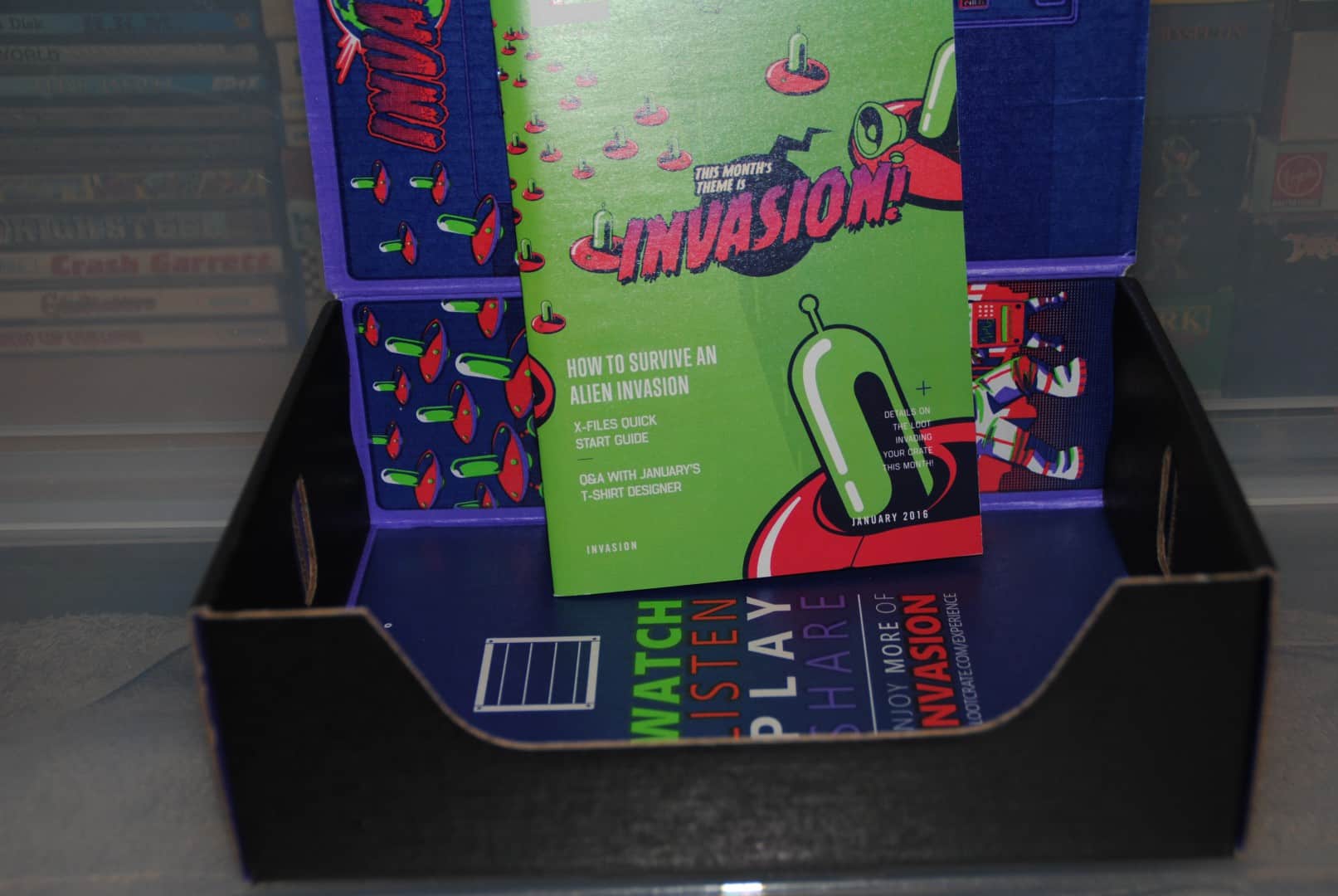 Last and final item is the brochure/flyer that comes with each crate, really good design and easy to read. Various stuff inside, cool stuff for me who are into old alien movies etc.

it! inside the brochure they wrote that their new year resolution was to include a t-shirt in each crate, ok now that is cool. 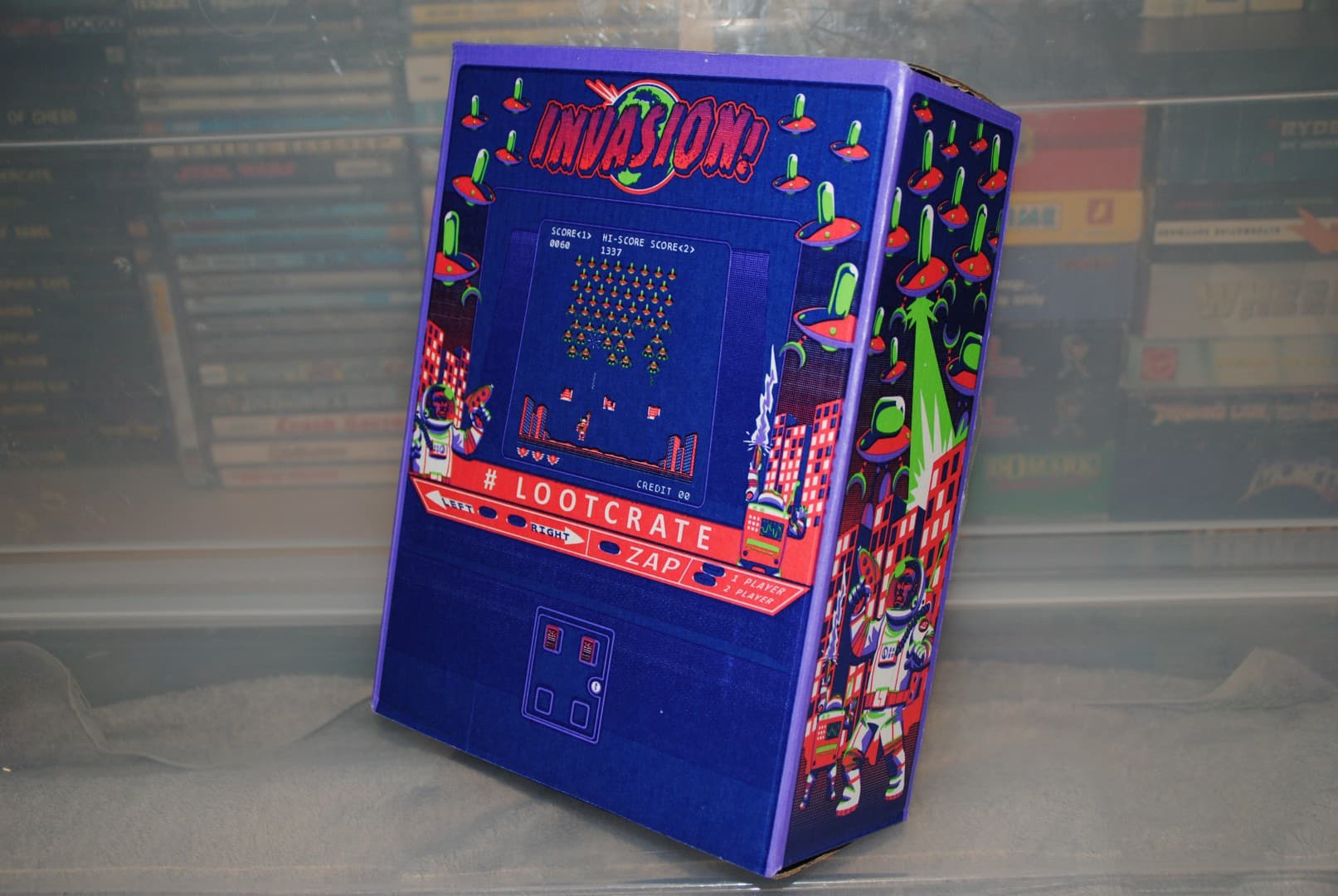 This is this months loot crate design, it came as a black box but once you opened it and flipped it inside out then it turned into a wonderful Space Invaders type of arcade cabinet. BRILLIANT!. 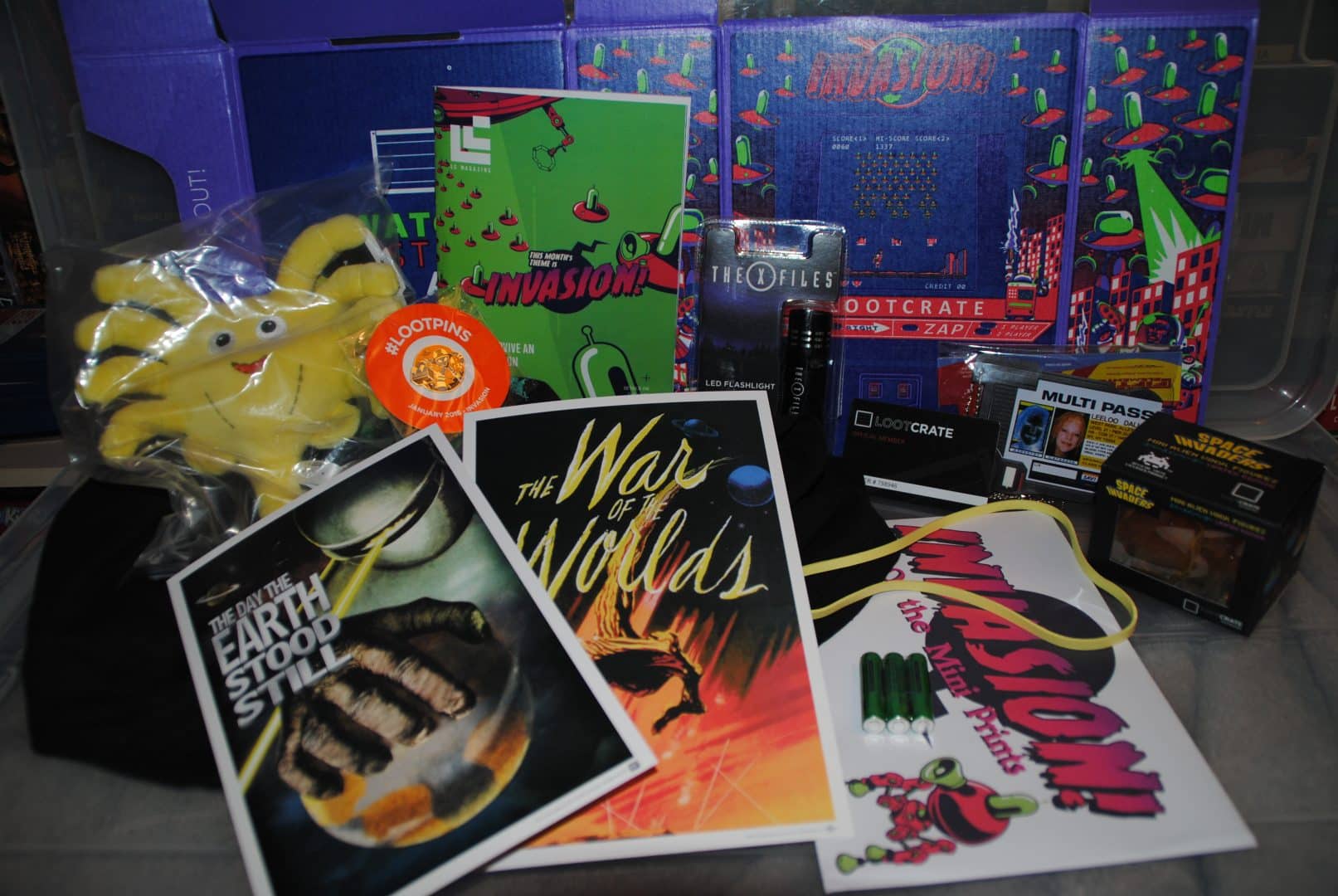 OK so that was it, Loot Crate January 2016 was indeed a hit for me, loaded with stuff i will actually use.

I hope to get more of these boxes, and while i doubt the boxes will get better and better for each month i still think they will have some really nifty stuff for me (* cough *, T-Shirts).