In case some of you have spent the last decades living under a rock and don’t already know what I’m writing about, Doom is a first-person shooter video game developed by id Software and published by Bethesda Softworks. Originally designed to be the fourth title in the main series and the first major installment since Doom 3 in 2004, it underwent an extensive development cycle with different builds and designs before the game was restarted in 2011 and revealed as simply “Doom” in 2014.

Despite not being the very first example of the genre, born in the 80s (in its “prehistoric” form) and made famous by Wolfenstein 3D, Doom is today universally known as THE first-person-shooter.

In the game, players take the role of an unnamed space marine during his battle against demonic forces from Hell that have been unleashed by the Union Aerospace Corporation on a future-set colonized planet Mars. Compared with Doom 3, which had a slower survival horror approach, this reboot (actually dated 2016) is extremely fast-paced and, probably, more fun to play.

Doom also features environment traversal, character upgrades, and the ability to perform executions known as “glory kills”, similar to the ones seen in Killzone Mercenaries. The game also supports an online multiplayer component and a level editor, not present in the demo.

With Doom Eternal now out, it may seem crazy to blog about this title, but truth is that is still extremely fun to play especially if you are a fan of the genre. Also, it’s now on sale in the store for a handful of euros. Despite the fact that you like the franchise or not it could be a good idea to take a look at the demo on PSN. Furthermore, a few years ago Tony published a very thorough review of the Collector’s Edition HERE, so you may want to give it a go. 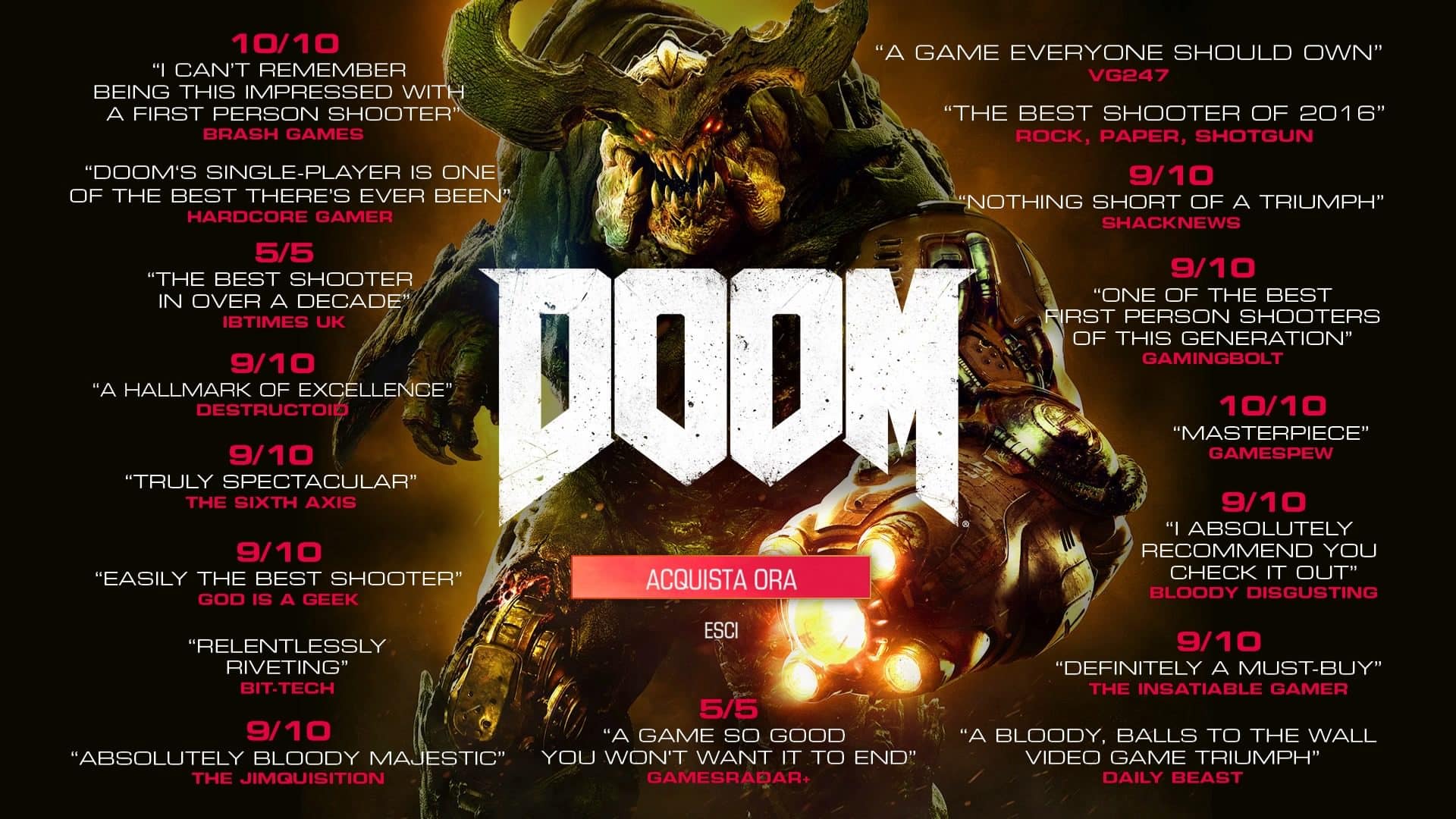